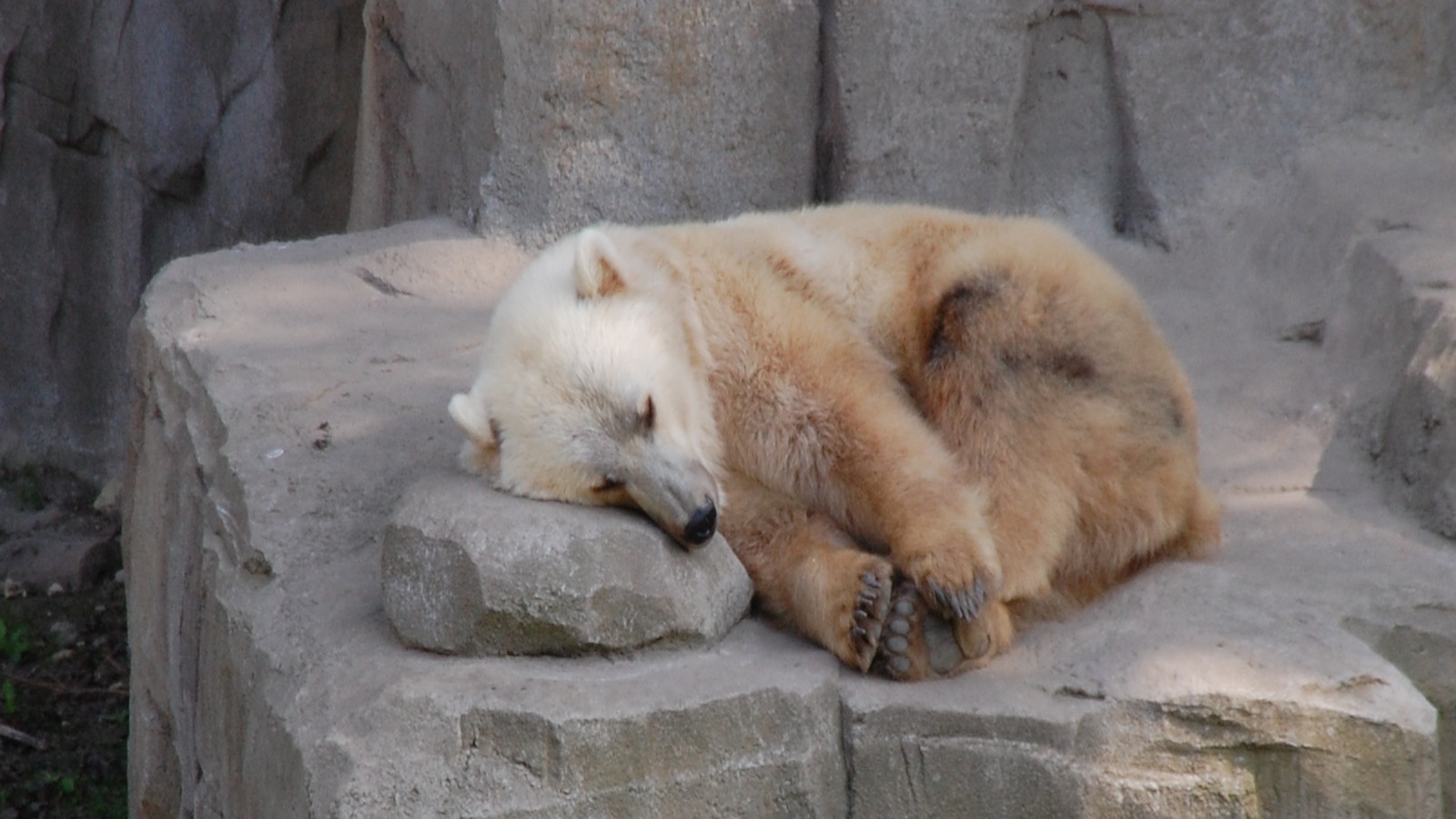 Ligers, zorses, labradoodles, and cockerpeis are just some of the hybrid animals created in captivity by humans. The first two — the progeny of a lion and a tiger and the offspring of a zebra and a horse — are examples of hybrids created in zoos and displayed as visitor attractions, while the latter two — crosses between Labradors and Poodles and Cocker spaniels and Sharpeis — are just two out of a multitude of dog mixes engineered by overzealous dog breeders eager to make a buck by creating the next “must-have” pooch. Sadly, these bizarre animal crosses and designer pets often suffer from severe health issues.

But, as it turns out, hybridization does not only occur in captivity. Human incidence can also indirectly produce hybrid animals. In 2006, a white bear with brown flecks believed to be a mix between a polar bear and a grizzly was sighted in the Arctic. Three years later, an animal believed to be the result of a right whale mating with a bowhead was photographed in the Bering Sea. While these hybrids may look cute and generate witty portmanteau names — the polar bear-grizzly combo has been dubbed a “pizzly” — interbreeding can spell disaster for species and the ecosystems they are part of.

What do Pizzlies Have to do With Climate Change

Researchers believe that increased hybridization in the wild is one of the many alarming consequences of climate change. It is now widely accepted by the scientific community that the intensification of human activity on the planet and our unsustainable consumption patterns are causing climate change. Particularly affected by this, the Arctic is warming between two and four times faster than the rest of the planet, causing glaciers and ice caps to melt and sea levels to rise. These physical alterations to the arctic landscape mean that endemic species are forced to roam further, expanding their ranges and thus encountering species they otherwise wouldn’t.

Polar bears are often the poster animal for the effects of climate change. Our overexploitation of natural resources has left polar bears emaciated and stranded on shrinking blocks of ice, or wandering into cities, desperate for food. Indeed, rising temperatures are causing an estimated 8.6 million acres of the polar bears’ habitat to disappear per year. Forced south because of melting ice, polar bears are encountering grizzlies and mating with them.

Bears aren’t the only animals concerned. A 2010 article in the science journal Nature listed over 30 species at risk of hybridizing because of climate change. It states that “diminishing ice will encourage species overlap” and cites various instances of this already being the case. Hybrids of beluga whales and narwhals have been spotted, as have the offspring of two different subspecies of seals — the harp seal and the hooded seal — and of the harbor porpoise and Dall’s porpoise, who would naturally inhabit different geographical areas. The article notes that extensive hybridization has led to a decrease in the harbor porpoise population. The natural creation of hybrid animals is a potentially worrisome trend that could drive certain species to extinction.

The Dangers of Hybridization

Hybridization can seriously hamper biodiversity by causing species extinction. This is because most hybrid animals are sterile. “But even more threatening to species preservation are hybrids that can reproduce,” according to a University of Missouri study. It cites the example of displaced Midwestern barred owls settling in a forest home to endangered spotted owls. The two species have bred — creating sparred owls — which could trigger the spotted owl’s extinction. Hybrids can thus result in a loss of genetic diversity. Furthermore, unlike the species from which they are born, they are offered no protection under the Endangered Species Act.

Another negative consequence of crossbreeding is the potential maladaptation of the hybrid animal. Animals develop specific genes that allow them to live in a particular habitat. Sharon Guynup of Missouri University explains this as “nature impos[ing] breeding barriers, safeguards to protect individual species and help them adapt to their environment.” When these genes are mixed through interbreeding, survival traits may be eliminated, leaving animals ill-equipped for their new habitats.

Lastly, just as genetically engineering animals on purpose can cause them a wealth of health issues, hybrids born in the wild can also develop blindness, weak hearts and other faulty organs and brief life spans among other debilitating disorders.

By breaking down natural barriers between species, climate change can have the destructive effect of creating hybrid animals which are infertile, badly adapted to their environment or weak and deformed. These hybrids can spell doom for one or both of the species they occur from and their disarrayed ecosystems.

But pizzlies and other hybrids are merely the tip of the melting iceberg that are the dangers of climate change. And while it is causing some cousin species to mate, others are preying on each other because of habitat loss. Extreme weather, floods, soon to be submerged insular countries, dying coral reefs and the loss of hundreds of bird species and marine species as well as many foods we rely on are some of the additional risks to our planet. At the heart of our enormous climate issue are greenhouse gas emissions and the human causes driving them.

While the prospect of reducing greenhouse gas emissions might seem daunting, as an individual you have an incredible opportunity to start reducing your own carbon footprint. There is no doubt that large-scale caps on carbon and government regulation are needed to control the emissions from industries, we can make an enormous impact by simply changing our everyday habits. People are making small changes every day like choosing to walk or bike to work rather than driving, seeking out recycling bins for plastic waste, and even being mindful of the impact of their consumption choices. In keeping with this theme of doing small things, there is another solution that can have an enormously positive impact for the planet – and, it might just be the simplest one yet: changing the way you eat.

The United Nations Food and Agriculture Organization (FAO) estimates that livestock production is responsible for 14.5 percent of global greenhouse gas emissions while other organizations like the Worldwatch Institute have estimated it could be as much as 51 percent.

One Green Planet believes that our global food system dominated by industrial animal agriculture is at the heart of our environmental crisis as this system also causes rampant air and water pollution, land degradation, deforestation – and is pushing countless species to the brink of extinction.

By choosing to eat more plant-based foods, you can drastically cut your carbon footprint and help save species. To learn more about how you can start healing the planet with your next meal, join One Green Planet’s #EatForThePlanet campaign.