What Does Your Love for Cheese Have To Do With Dying Coral Reefs? 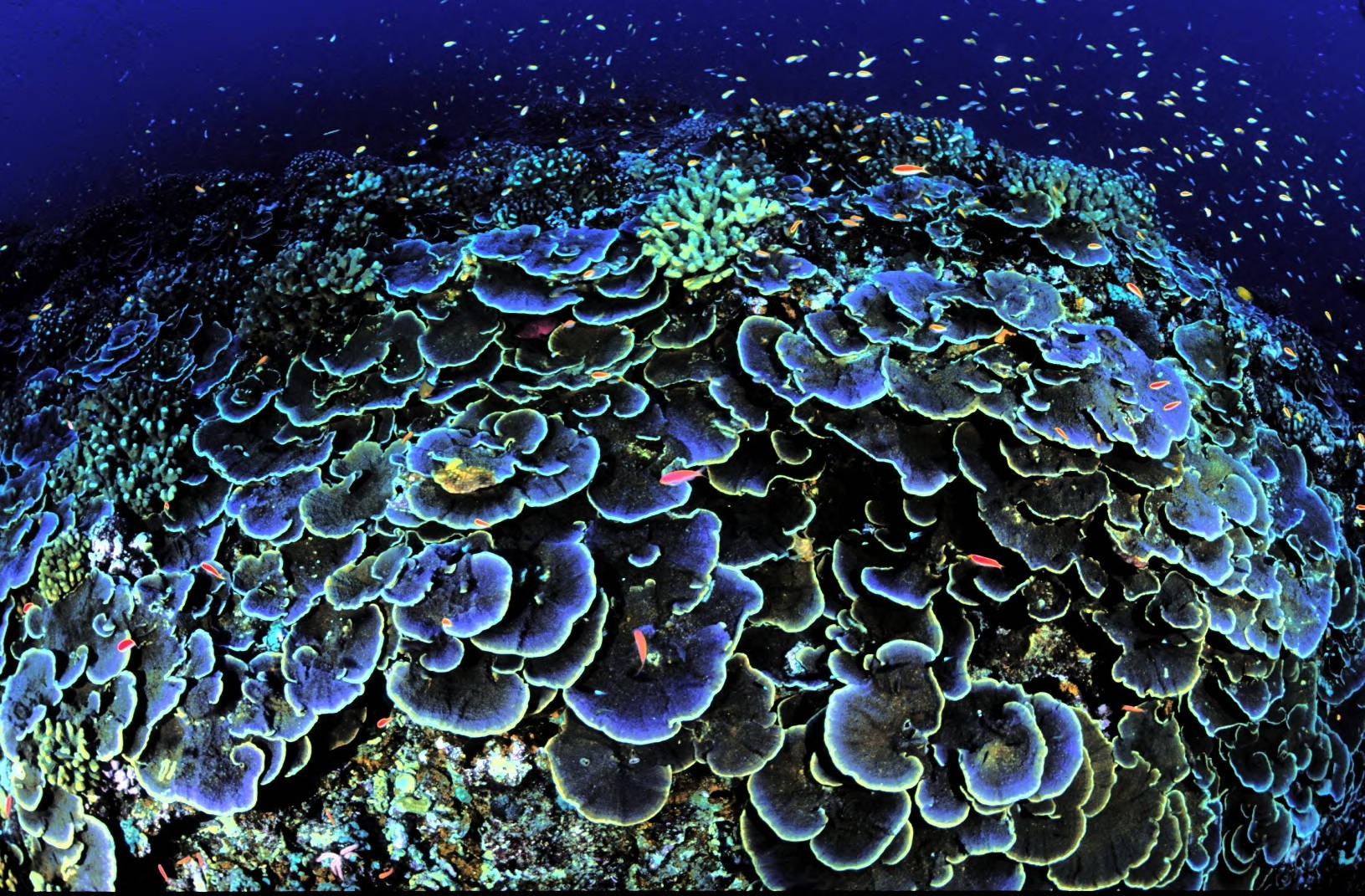 And as if homing so many of the planet’s animals and plants weren’t enough, coral reefs also provide countless invaluable services. Roughly a quarter of the ocean’s fish species use coral reefs as nurseries. They also act as natural barriers to coastlines when it comes to storm surges and erosion. And they are often the center of many long-held cultural beliefs and practices around the world.

Sadly, these beautiful and important marine communities are facing their biggest threat in the history of their existence. Current coral communities descend from ancestors that began forming roughly 50 million years ago and, in that time, have not seen a foe as great as modern man. Natural threats to coral reefs come and go, but human activity is waging an unprecedented and relentless attack on these wonders of nature. And regrettably, this assault has largely to do with what choices people make in their everyday lives around food.

There are a number of threats to coral reefs worldwide. Some threats are natural and include storms, extremely low tides, and variations in environmental factors including temperature and salinity. These threats alternate with the natural rhythms of nature. It is the man-made threats to coral reefs that are becoming especially concerning, however. They range anywhere from pollution, to the gathering of fish and corals for aquariums, overfishing, fishing with harmful practices such as dynamite, and, of course, climate change.

Of all of the causes of destruction to coral reefs, it is a human diet that relies on animal protein that is especially harmful to these amazing communities. Animal agriculture contributes to massive emissions of green greenhouse gases, furthering climate change. This business also sends a massive amount of runoff waste into waterways, eventually reaching coral reef communities and doing a mountain of harm.

As has been mentioned, coral can be stressed by changes in water temperature. Sometimes this element varies naturally within the ecosystem. Corals already require warm water to survive, typically in the 68- 90 degree Fahrenheit range. However, unnaturally warm waters spell disaster for coral reefs. Zooxanthellae becomes stressed by higher water temperatures, and leave their happy homes in coral polyps behind. That means a lot less food for the coral which take on a bleached look and may eventually starve and die if the zooxanthellae don’t experience cooler water and thus reason to return to coral polyps in enough time. 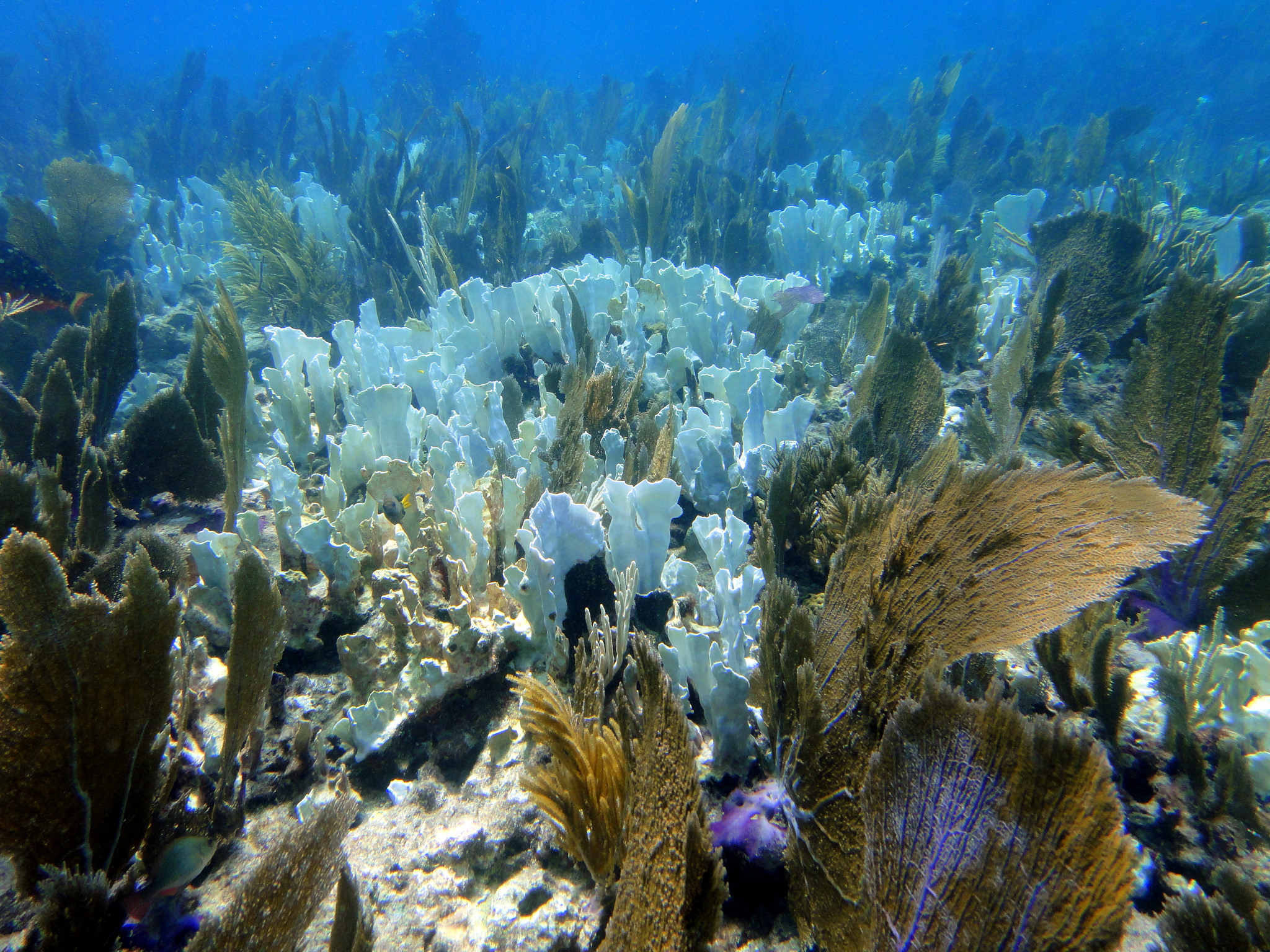 Climate change is also destructive to coral reefs in the increased atmospheric carbon dioxide that often ends up in the ocean. Upping the carbon dioxide dissolved in the marine ecosystem increases the acidity of the water. And this makes for a very bad situation for corals trying to form their calcium carbonate exoskeletons. Their growth slows down, eventually to a tune of 50 percent of normal capacity once carbon dioxide levels double in the water.

If corals can’t eat because their zooxanthellae buddies have packed their bags, and they can’t grow because the water is too acidic, the entire ecosystem is threatened. And all for someone’s hamburger or pork-chop.

There are a variety of runoff pollutants that threaten coral reefs. These include oil, industrial waste, and untreated sewage that can poison the diverse species living in a coral community. Animal agriculture also provides coral reefs with a number of pollutants that cause stress and eventual death to both coral polyps and the zooxanthellae they rely on. 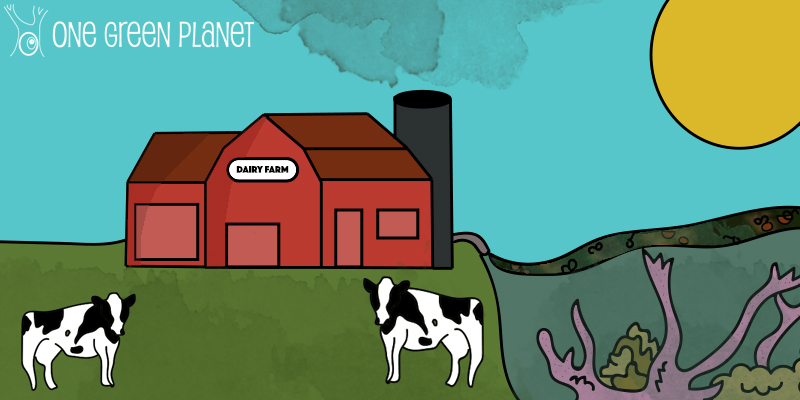 First, animal agriculture can cause increased nutrient inputs in the form of excess nitrogen and phosphorous into the water column. This encourages algal growth which eventually eats up oxygen and blocks out sunlight. Less oxygen is available to the variety of reef animals that need it, and organisms like zooxanthellae don’t get enough light to photosynthesize. The system becomes overloaded by only a few organisms whose populations have gone rogue, and a healthy and diverse coral reef community struggles to exist.

Sedimentation is yet another harmful impact that the animal agricultural system has on coral reefs, and produces similar results as nutrient overloads. Soil often erodes away from agricultural practices that are not maintained sustainably. It can block out sunlight, similar to excess algal growth, and make it difficult for anything in the coral reef that needs photosynthesis to survive. Sediments also have the potential to carry pollutants attached to their structure, smothering corals in a blanket of toxic sludge.

Finally, animal agriculture also sends a lot of pollutants downstream, eventually coming into contact with any nearby coral reefs. To raise animals, feed crops are needed which can often rely on many herbicides, pesticides, and fertilizers. And animals such as cows and chickens may be given antibiotics and growth hormones to maintain their health and size before slaughter. All of these extra chemicals often end up, to some degree, washing into a local waterway and potentially into a marine environment where they cause stress to coral communities, impacting early growth stages and causing coral bleaching. The World Wildlife Fund estimates that roughly one-third of the Great Barrier Reef is now exposed to pesticides, making the threat of animal agriculture all too real for this natural work of art.

How Can You Help Coral?

One Green Planet believes that our global food system dominated by industrial animal agriculture is at the heart of our environmental crisis. This destructive industry currently occupies over half of the world’s arable land resources, uses the majority of our freshwater stores, and drives greenhouse gas emissions. Additionally, this system causes rampant air and water pollution, land degradation, deforestation and is pushing countless species, like coral, to the brink of extinction. And yet, one in eight people still suffer from food scarcity.

“The real war against climate is being fought on our plates, multiple times a day with every food choice we make,” says Nil Zacharias, ”one of the biggest challenges facing our planet, and our species is that we are knowingly eating ourselves into extinction, and doing very little about it.”

Given the major damage that animal agriculture is doing to coral reefs, doesn’t it make sense what the solution is? You have the opportunity at every meal to make choices that protect coral reefs and all the life in them from climate change and agricultural runoff. By cutting down or, ideally, cutting out animal products from your diet, you’ll be making a world of difference for these amazing ecosystems.