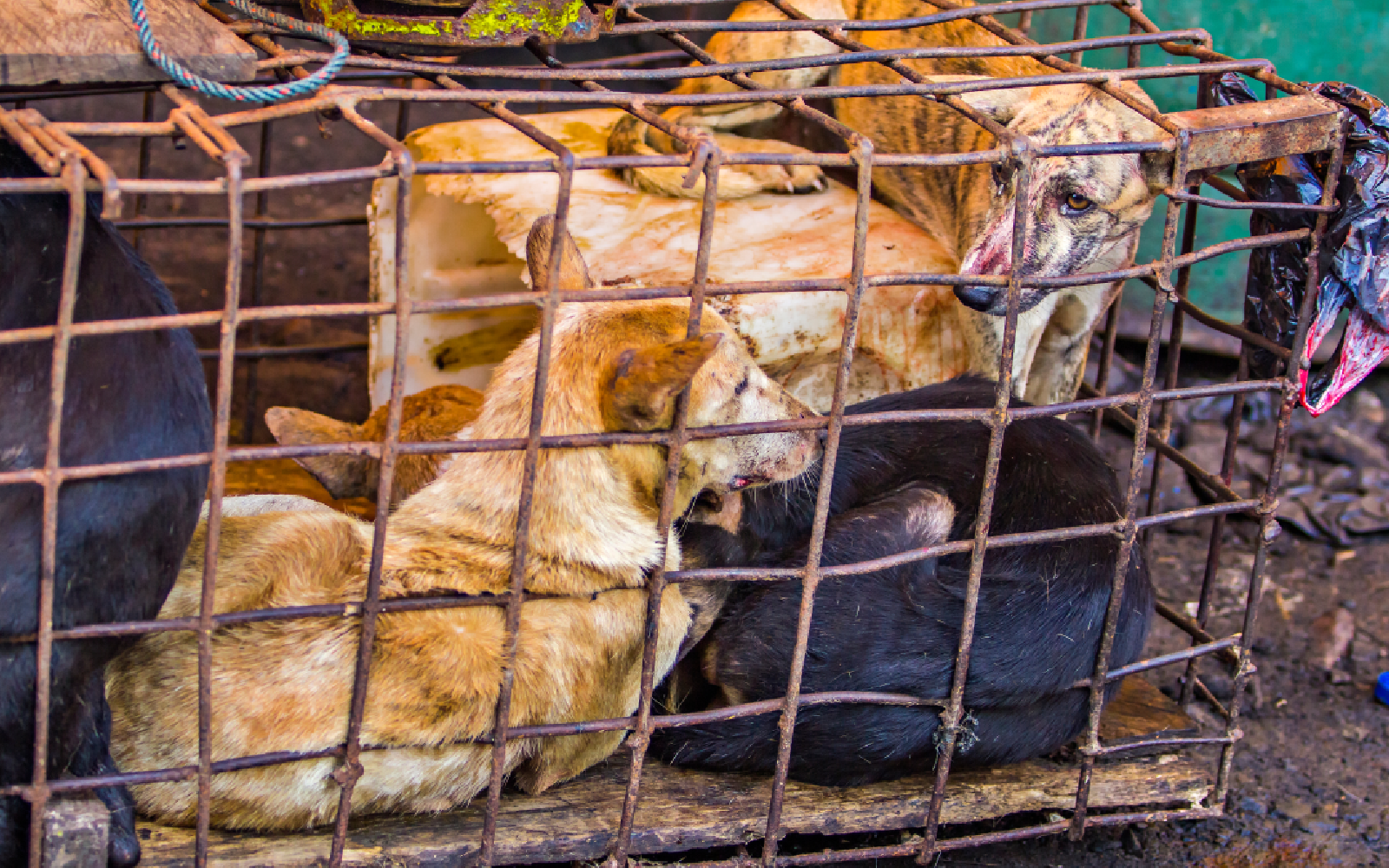 Animal agriculture, including small animal farms, is harming the environment and causing pain and suffering to sentient beings.

In an effort to stop some animals from being cooked into food, a Seoul city councilperson is pushing to ban the consumption of dog meat. South Korea is notorious for its dog meat consumption, even though only a small population of people eat it.

Dogs are farmed in cruel conditions, and sometimes pets are stolen to fuel the trade. It is an extremely cruel industry that activists and animal lovers have been campaigning against for years.

The proposed bill comes following the president’s opposition to eating dog meat became known as well as after the country proposed the creation of a task force dedicated to ending the dog meat trade.

In 2018, South Korea actually banned the farming of dogs for meat as part of its Animal Protection Law. However, it hasn’t officially banned consuming dog meat. The proposed bill would ban not only killing dogs for food but eating them as well.

Read more about how rescues like the Arizona Animal Shelter, Clewiston Animal Service Rescue, and Animal Aid Unlimited are making a difference for dogs in need. People around the world, including in Afghanistan, Kabul, and South Korea among other countries, are speaking up for animals in need and being the voice for the voiceless.

Sign this petition to demand an end to the dog meat trade.