The Real, Tragic Stories of Pet Dogs Stolen From Their Homes and Sold Into the Meat Trade 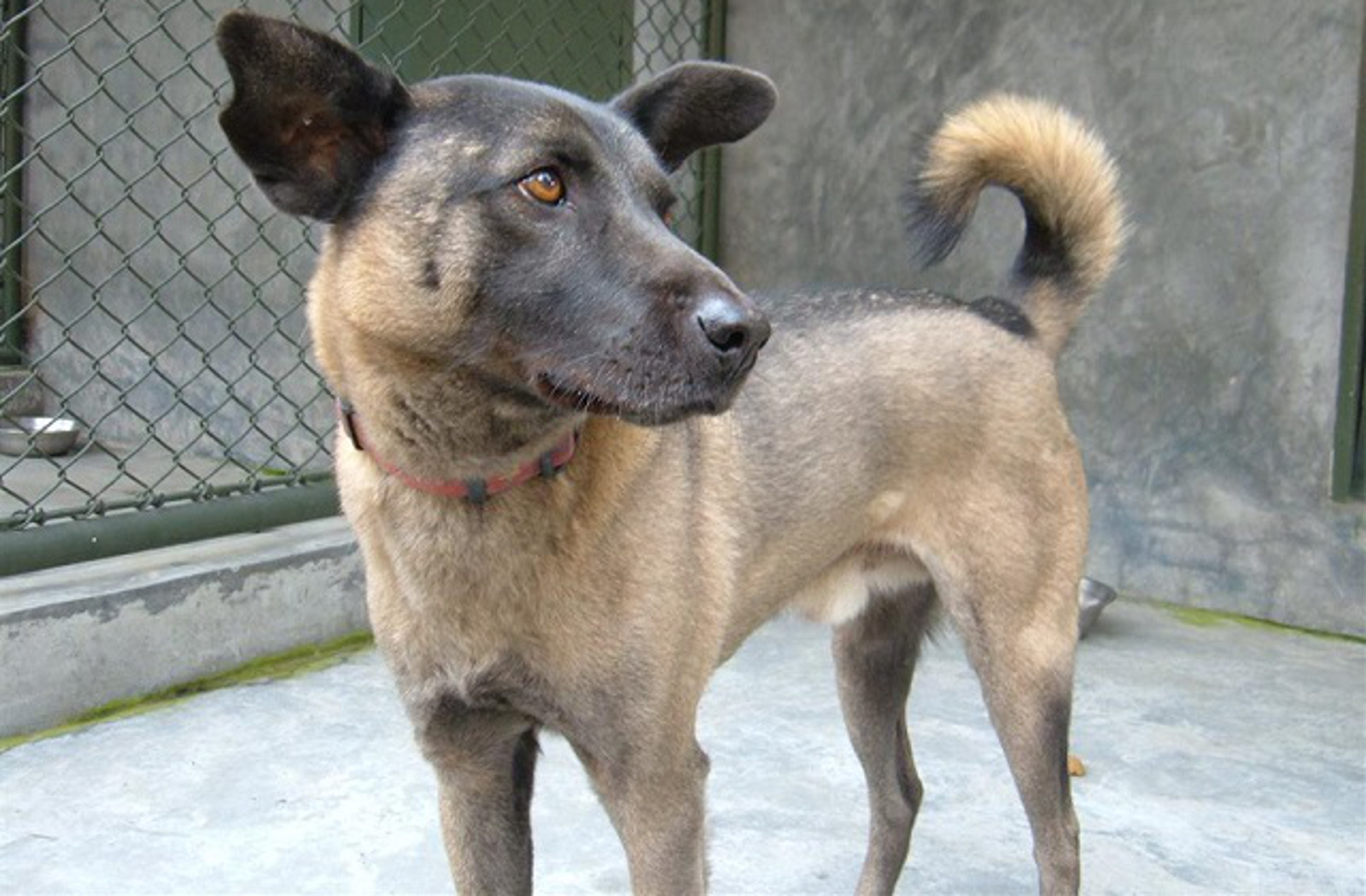 When we first began construction of our bear rescue center in Chengdu, China in the year 2000, one day that stands out more vividly than others was when Boris, our Project Director, and I were walking back to our accommodation in the late afternoon and came across someone violently beating something obviously alive and screaming in a sack.

Boris challenged the man who we believed had puppies in the bag, and offered some money to rescue the victims on the spot. The man had begun to tie the wriggling bag onto the back of a motorbike, and was clearly on his way to market or a restaurant, to sell whatever was inevitably bruised and battered inside. Having agreed to take the money, he left us with the sack which we took to our resident vet on site, who we assumed would humanely put the suffering puppies to sleep.

As we cautiously opened the sack to assess the situation, there crawling out into the daylight, was one frightened young dog — bruised, bleeding, but very much alive. “Sack” went on to live with us for the next 14 years, having narrowly escaped a cruel and brutal death.

A Fight for Freedom 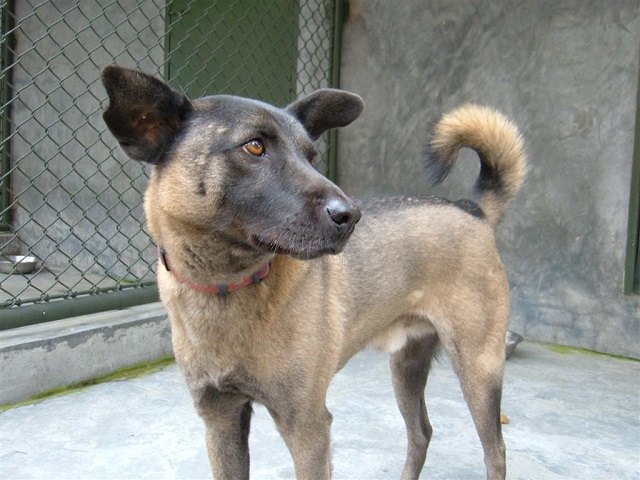 Sack would never know how lucky he was. Over the past 15 years, multiple dogs belonging to our staff and the local villagers have been stolen, causing incomprehensible sadness and pain for the owners, and for all who knew and loved their companions.

Miraculously, in 2009, our security cameras caught the license plate number of a van speeding away from the center, having just snatched another dog. We were able to alert the local police and they kindly helped us to search markets and slaughterhouses, until the lucky dog, Da Huang, was found. Here was another beautiful dog belonging to one of our staff, enjoying his days of being patted and loved until being brutally stolen — but now thankfully back at home. 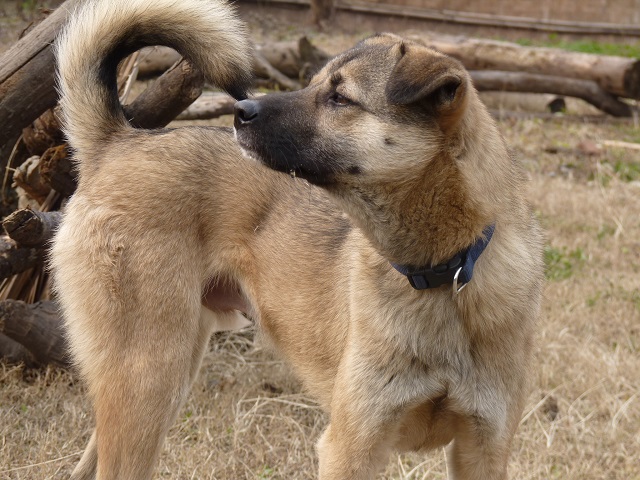 Tragically, it wasn’t to last and, in 2014, Da Huang was stolen once again. This time the license plates were fake and, despite the help and kindness of the local police once more, we never saw him again.

I’m not sure how many years little Bug had slept in her yellow kennel outside our security house on site, but each day seeing her funny golden form, tail wagging, standing on back legs and doing her famous two-paw wave whenever we approached, was a joy. Innocent, loving and loved — that was our Bug. ToZhai and Muppet, both rescued “meat” dogs themselves, would greet her too — ToZhai a little cautiously and, if I’m honest, more to check out her food bowl and see if she’d left anything worth stealing — but little Bug didn’t mind and happily sat there while being sniffed and having her lunch sniffed too. 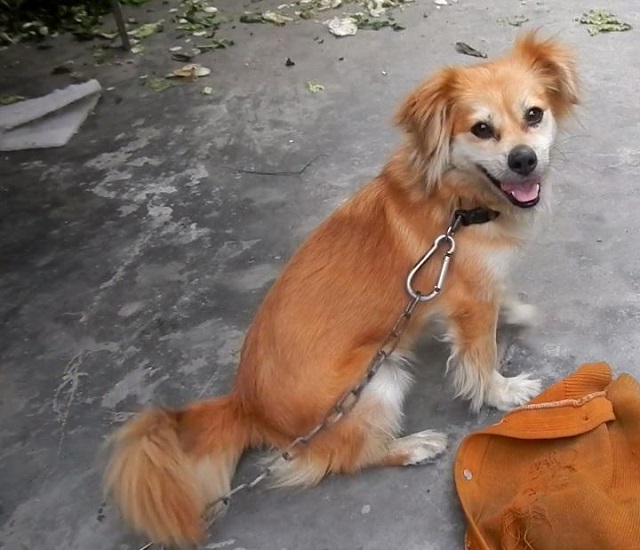 This week Bug went missing. Taken on a walk by her owners, let off the lead for a few seconds, she skipped off along the road — before disappearing for good. Such behavior was totally out of character for Bug. Even if she slipped off-lead every so often, she would hang around the security gate, safe in the knowledge that she would see many cuddles from our staff that entered and left the center throughout the day. That same friendly disposition was her downfall, and even her kennel “safely” next to our security hut couldn’t save her from being snatched by an opportunist dog meat trader who had clearly known the routine of her owners, and seized his chance as she was taken for a walk.

This same week, another resident said that her dog has gone missing too – and once again a shroud of sadness hangs over our village as we acknowledge that we will never see these happy, friendly dogs again. 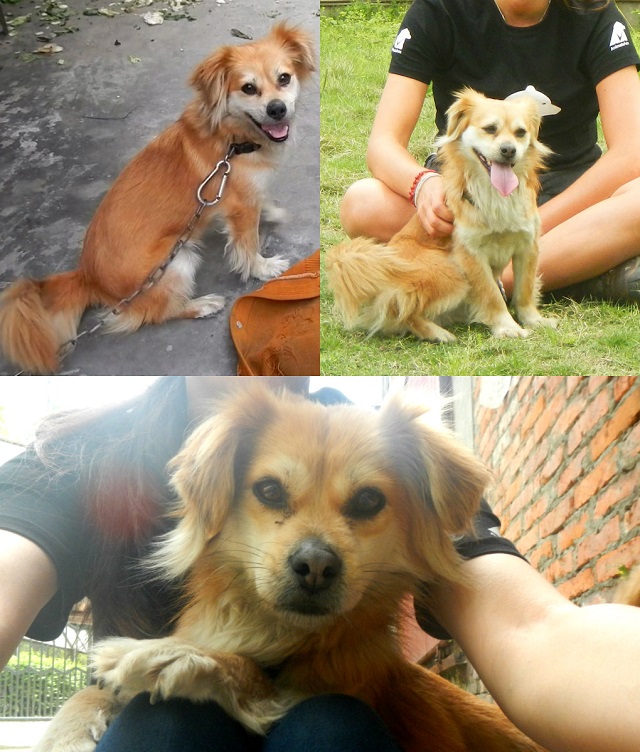 Ironically, our Cat and Dog Welfare team have just released our results of years of investigations into the dog meat trade  — with conclusive evidence that the majority of dogs finding their way onto the dinner table are strays taken from the streets or companions stolen from loving family homes.

Long gone are the “dog farms” of the past that we used to witness, where dogs were raised under barbarically cruel conditions of intensive farming. Horrible, run down places full of disease and suffering, as the owners spent as little as possible on food and management, and ignored any form of vaccination owing to the cost that would eat into their profit. Small wonder that these farms eventually died out, and were replaced with a much cheaper form of putting dog meat on consumer tables — simply by stealing them all.

Over many years, our investigations of the markets, slaughterhouses, restaurants, and every component of this disgusting black market across China sees people’s beloved family members either shot with a crossbow and poisoned by cyanide and other toxic poisons, or snatched in broad daylight by professionals who can perform their dirty operation in less than 20 seconds.

With increasingly more people in China turning their backs on the consumption of dogs (and cats), the authorities of the town where a large Dog and Lychee Festival is held during the summer solstice each year are also stepping back from supporting such an event. Now prohibiting officials from attending, and preventing restaurants from advertising dog meat in Yulin, they are amongst a growing number of officials seriously concerned not only with the stories of theft, but with the cross-border transport of caged and sick dogs that clearly adds to the threat of rabies and other diseases in China today.

Owners and villagers are also fighting back against the theft of their animals en masse. Stories abound of vigilante groups taking matters into their own hands and beating those responsible for stealing their dogs. Just recently, thieves in Hunan Province were reportedly beaten for nine hours by a group of people no longer willing to stand back and do nothing when their four-legged family members were killed. Hanging the dead dogs around the necks of the thieves, with the rear ends of the dogs placed next to their faces, the villagers also demanded compensation for the lost lives of their beloved pets.

We will never know how Bug suffered, or for how long, and I doubt that those responsible for the terror and agony of her last few hours will ever hang their heads in shame. But I so hope that her story and that of the millions stolen each year will encourage someone to finally do the right thing.

Regulating the trade is NOT the right thing. It will have no effect at all, when stealing dogs for free will always take precedence over any law of so-called control. It will also undermine the work of groups in other countries and regions in Asia such as Singapore, Taiwan, Hong Kong, the Philippines and Thailand, who have convinced the governments to end the trade in dogs — and it will undermine the progress of over 150 groups in China working collaboratively with the authorities to encourage a ban here too.

The only action that will have any effect at all is to call a halt on an industry that has survived for years on the grief and sadness of animal lovers across the country, and on the terror and torture of innocent victims, whose friendly disposition and love of humankind has cruelly sealed their fate.