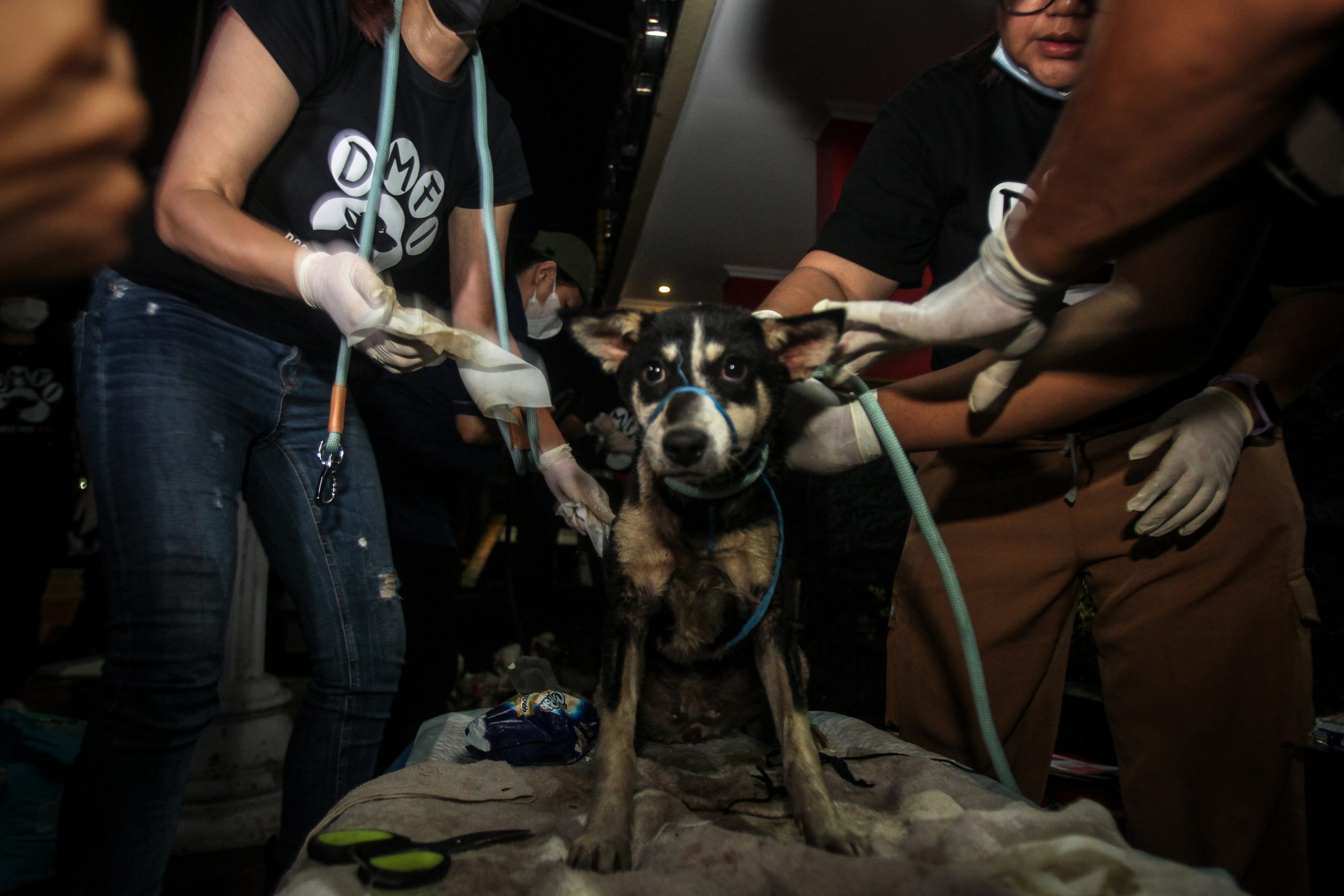 Police found the dogs, many of which were under one year old, in a horrible state. They were tied up in bags for transportation with their mouths tied shut. Many were extremely emaciated and one had not survived the trip to the slaughterhouse. 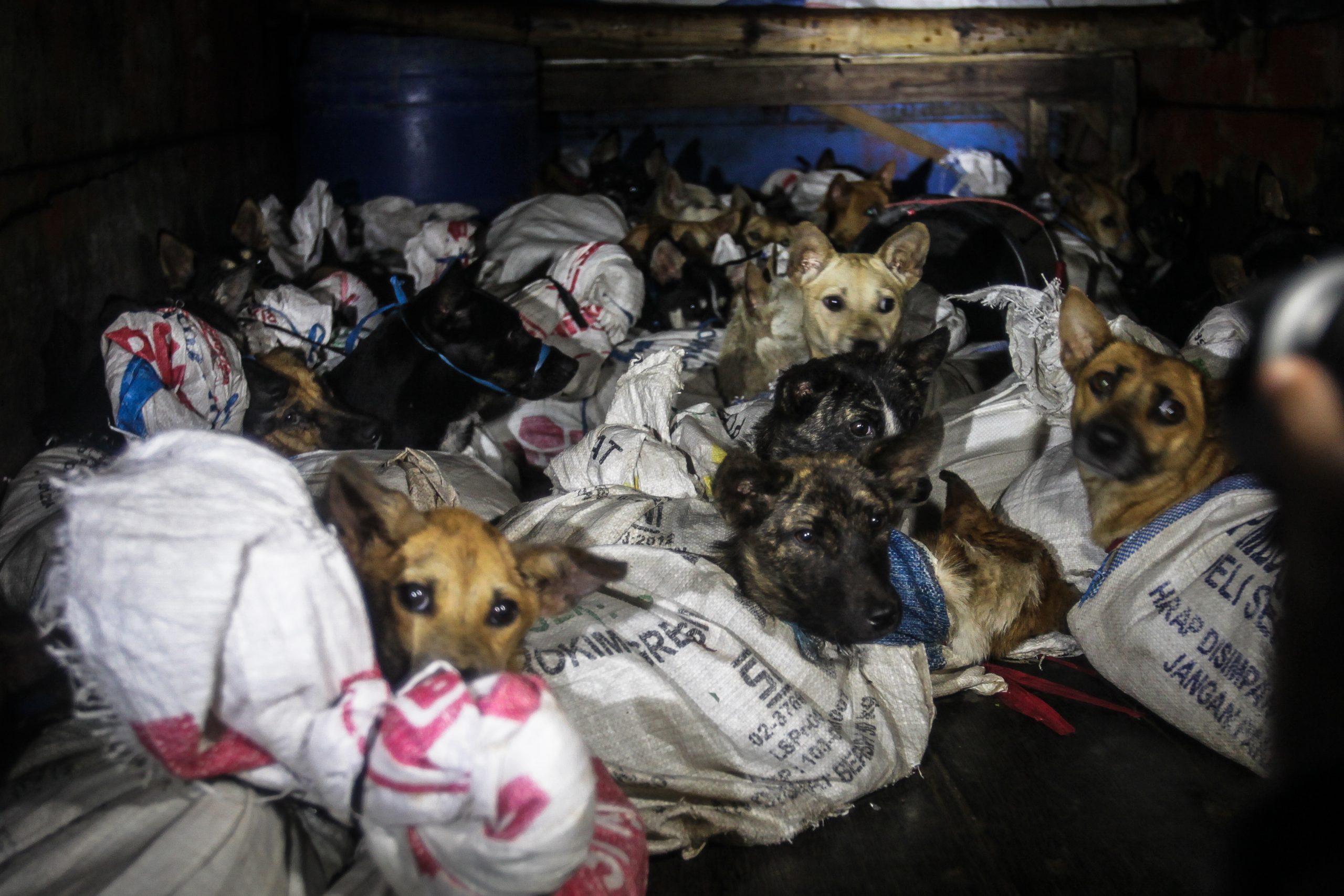 Campaigners from the Dog Meat-Free Indonesia coalition arrived to help rescue the 53 dogs as the dog meat trader was arrested for his crimes. All of the dogs received veterinary care and will go to shelters to recover before being put up for adoption among local communities.

Lola Webber, from DMFI member group Humane Society International, said, “My heart was pounding in my chest as we approached the truck because I could hear the dogs’ pitiful whimpering and then saw them all tied up in sacks, their soft muzzles squeezed shut with wire. They were extremely traumatized and frightened. Many of them were still wearing collars and were, no doubt many miles from home, likely stolen pets grabbed from the streets. They will have endured the most horrific and terrifying journey, thrown in the back of a truck to be taken to this disgusting and filthy slaughterhouse where they would have been bludgeoned over the head and their throats cut. To think of the fear they must have endured is just devastating. We got there just in the nick of time because the killing usually happens in the early hours. We are immensely grateful to the authorities for taking action. For those of us who have been campaigning for so long to end this cruel trade, it was a huge privilege to be able to rescue these animals.”

Fortunately, the demand for dog meat has been decreasing in many places, including Indonesia. Only 4.5% of the Indonesian population eats dog meat, while 93% support a dog meat ban. Many governments have also been banning the dog meat trade and cracking down on the illegal dog meat trade with the help of animal welfare groups.