Are Safaris Ever Okay for Animal Lovers? How to Tell the Difference if an Attraction is Harmful to Animals 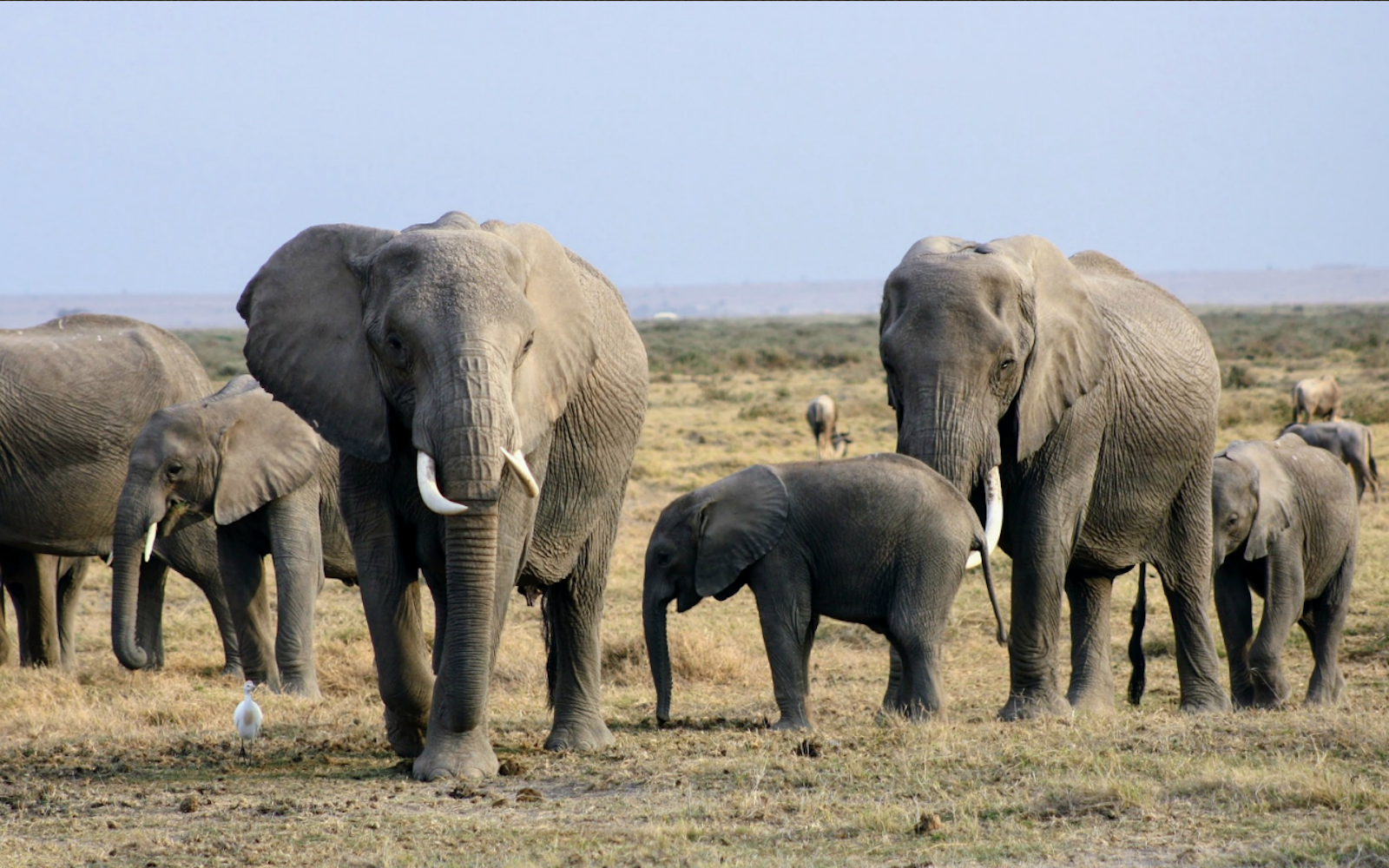 Public awareness of the abuse and cruelty animals face in captivity has been gaining a lot of steam in recent years. For instance, thanks in part to the award-winning documentary Blackfish, which exposed the truth behind the cruelty inflicted on cetaceans held captive at SeaWorld, the public’s viewpoint on the park has significantly changed. Despite a number of desperate attempts to fix their tarnished reputation, SeaWorld’s ticket sales have continued to plummet.

SeaWorld isn’t the only one suffering. Other forms of captive animal entertainment are also falling out of favor. Early in 2017, animal lovers worldwide cheered for Ringling Brothers and Barnum & Bailey’s decision to permanently shut down, and the decision caused a ripple effect. New York City has since banned the use of animals in circuses, as well as India, Romania, Iran, the Netherlands, Italy, and the United Kingdom. Thanks to eye-opening documentaries, viral petitions, and the power of social media, the public is becoming more educated about the realities of animals in captivity.

And while the world has been making great strides for a more compassionate future, there are of course animal lovers who genuinely want to interact and experience animals, be it by visiting a sanctuary or watching a nature documentary. For many, safaris, defined as an expedition to observe animals in their natural habitat, have become the seemingly kind choice. Often times, however, safaris are also associated with hunting expeditions, which in truth, only serve to hurt the overall population of a species. African elephants are being hunted to extinction, along with rhinos, for their tusks and horns. Big cats are also creeping closer to extinction from the wild while they are mercilessly hunted to become stuffed trophies or rugs. No true animal lover would ever support an establishment that allows visitors to hunt animals. 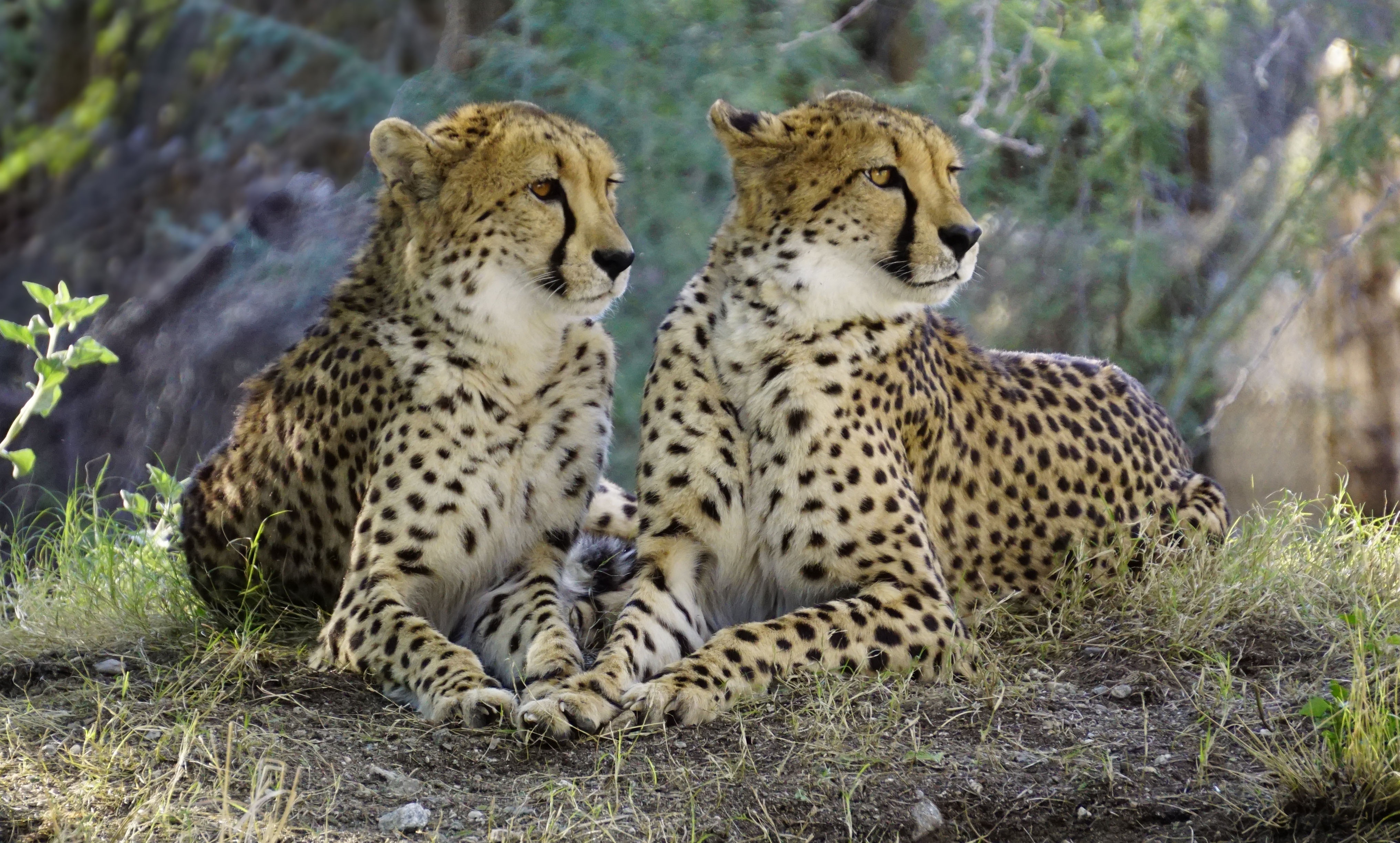 For those who want to experience animals in their natural state on a safari and don’t want to support safaris that allow hunting, ensuring the attraction truly has the animals’ best interests in mind is crucial. Further muddying the waters, many irresponsible attractions dub themselves “safari parks” or “wildlife preserves” to appeal to unsuspecting tourists, but that doesn’t mean they are any more compassionate in regards to how they treat animals. For instance, at the Hangzhou Safari Park in China, footage shows trainers whipping white tigers in what appears to be a circus-style performance.

There was also Wildlife Safari in Winston, Oregon that was documented forcing elephants to give visitors car washes. This is, of course, not something an elephant would do by any means in nature. CAPS (Captive Animals’ Protection Society) even has a page full of various safari parks that have failed to care for their animals.

How to Tell If a Safari is Reputable

So how can you make sure you’re supporting an ethical place that has the animals’ best interest in mind? Before booking your trip, keep these tips in mind when choosing a safari.

First, to truly help animals when you travel, never support a safari that breeds animals. It’s also important to do your research before visiting and ensure that the safari replicates the animals’ natural homes to the best of their ability.

Also, no reputable facility would allow visitors to hold or touch wild animals either, potentially endangering the animals, as well as the visitors. Sadly, due to the beauty and intrigue of wild animals, many people are drawn to attractions that offer the opportunity to take photos with captive animals. However, what most people fail to realize is that these animals have no desire to be used as selfie props. In order to make animals comply with unnatural demands, they are either kidnapped from the wild and beaten into submission or bred in captivity and kidnapped from their mothers at birth so they can be handled and fed by humans. 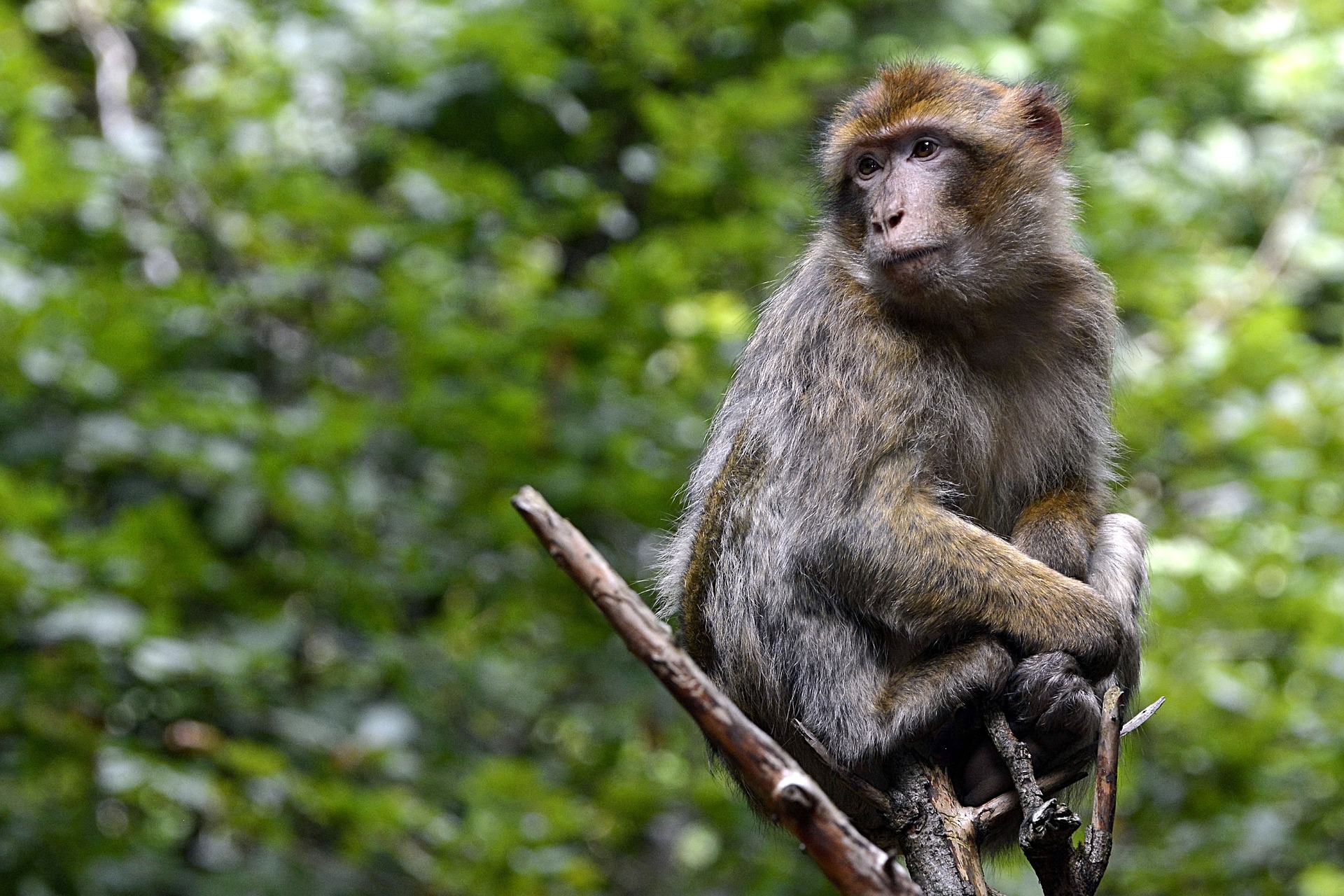 A reputable safari will provide life-long care, as well as free-roaming, natural habitats. What are some safaris that truly have the animals best interest at heart and don’t exploit them for profit?

Kruger National Park is one of the biggest attractions in South Africa and for one of the best reasons — you can see animals exactly where they belong — in the wild. The national park, which covers over 7,722 square miles is divided into fourteen different ecozones, allowing for the park to support different wildlife within the zones. You can drive a car throughout the park to see the wildlife, but of course, it’s advised that visitors approach with care. 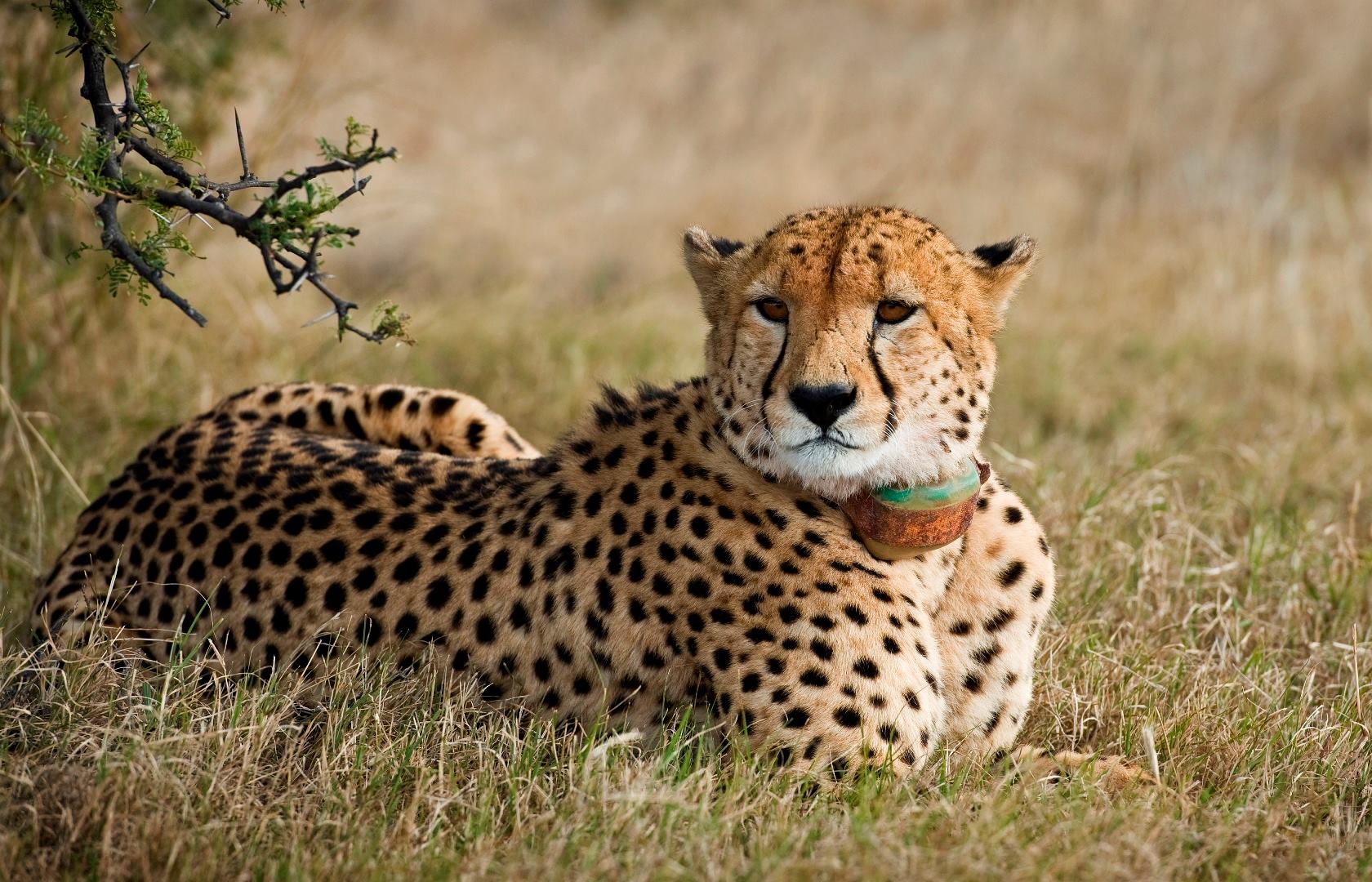 The park also has measures in place to prevent poaching, with game rangers employed to protect the animals. Kruger is a hot spot for poaching, despite there being less than 20,000 African lions remaining in the wild. What’s more, most of the world’s rhinos are native to South Africa and they are among the most critically endangered and threatened animals on the planet. Sadly, the loss of the rhino is being caused by violent poaching. In 2007, thirteen rhinos were reported poached in South Africa, compared to an alarming 1,175 rhinos in South Africa in 2015. To learn more about Kruger National Park, click here.

Other reputable attractions include the David Sheldrick Wildlife Trust (DSWT) in Kenya and Ol Pejeta Conservancy in Kenya. DSWT has been a pioneer in wildlife conservation dating back all the way to 1977. To keep the park as close to the wild as possible, the rehabilitation center is open to the public for only our hour every day (except for Christmas) from 11 am to noon. The orphaned babies arrive for their mud baths and feeding and for a minimum contribution of $7 per person, you can watch the babies with their caretakers. To learn more about The David Sheldrick Wildlife Trust, click here.

Ol Pejeta Conservancy is the largest black rhino sanctuary in all of East Africa. The conservancy is also home to the last three Northern White Rhinos. The last wild Northern White Rhinos were killed by poachers in 2006 and while there were 2,000 White Rhinos living in Africa in the 1960s, there are now only three left living in the world – under the strict protection of wildlife rangers. Sitting on 90,000 acres, the conservancy offers various accommodations for visitors who want to learn more about wild animals, including guided bushwalks and visiting the chimpanzee enclosure. To learn more about Ol Pejeta Conservancy, click here.

With many safari parks often equivalating to marine parks which tout “conservation” to appease visitors, it’s important to remember that conservation does not entail breeding and housing these exotic animals for spectators to gape at and pose with for a price. This kind of “education” does nothing more than help perpetuate the growing epidemic and notion that wild animals make good pets.

Animals deserve a peaceful home where they aren’t being gawked at, and as animal lovers, it’s important to consider the implications of our actions when visiting a safari park!

For more information, check out these other One Green Planet articles: