BREAKING: 5 Tigers Used as Selfie Props at Thailand’s Tiger Temple Have Been Released! 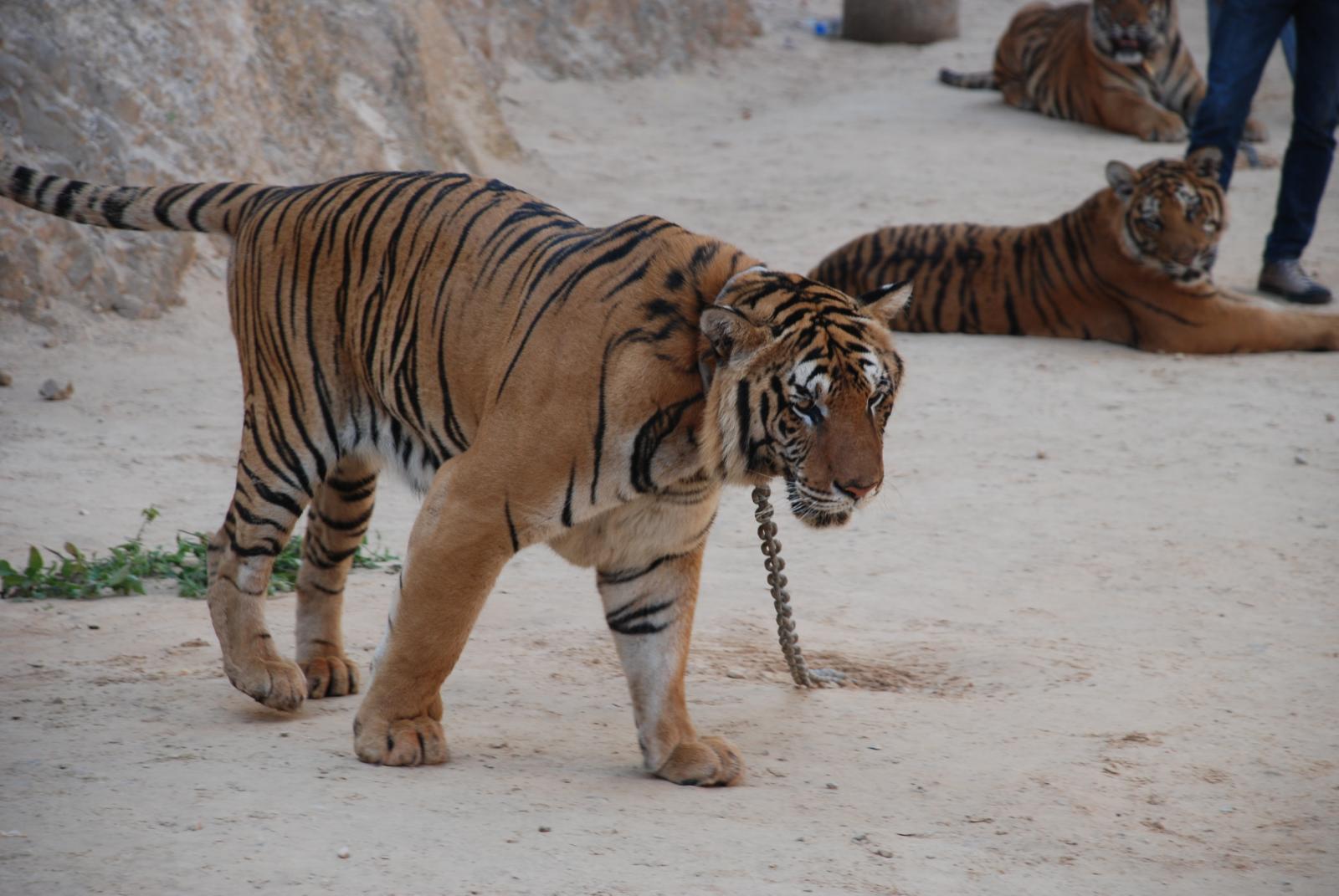 Following much drama and resistance to the Thai Government’s order to shut down its operations, the Department of National Parks has successfully removed the first five of the 147 tigers kept at  the cruel Tiger Temple in Kanchanaburi.

This development, hailed by Edwin Wiek as “the first step  towards putting a stop to illegal trade, exploitation and torture,” for these majestic creatures, and sends a clear message to the rest of the world that the Thai government is serious about stopping wildlife exploitation and that tigers do not exist for human enjoyment and must be protected.

According to the Bangkok Post,  the five tigers were tranquilized and transported to the government operated Khao Son and Khao Prathub Chang animal reserves in Ratchaburi.

There are also rumors of a closed door agreement where the government would remove only 70 tigers, while the remaining 77  be kept at the new zoo is currently under construction.

It appears that the path to freedom is not completely clear for these majestic animals and the next steps will be far from easy. Here’s why.

In April 2015, it took a 400 strong team made up of department staff, police and soldiers to retrieve several moon bears from the Tiger Temple which were being kept without permits. Their efforts were hampered by more than 100 monks and staff who blocked the entrance of the temple and the only way the rescue team could get in was to sneak in the back and  hoist the animals out with a crane.

There are still more than 140 tigers to transport out of the temple. Assuming there is no similar resistance, the government could continue to rescue 5-10 tigers a day, as planned, and bring them to various temporary government shelters that have been specially prepared for this purpose.

Then, there is the longer term issue of housing them in facilities that are closer to a true sanctuary as was hoped by Edwin Wiek, almost nine months ago, when the government first attempted to seize the tigers.

The matter also needs to be dealt with as sensitively as possible. While there are allegations the temple has been involved in illegal activities, the government has characteristically preferred to see the conflicts such as these resolved peacefully, without violence and in true keeping with Buddhist values.

Despite recent shocking reports of wildlife trafficking and animal abuse, there are still people who believe that the Tiger Temple is doing good for the big cats in their care.

If it is a crime to keep tigers for commercial use, then those who fuel commercial demand are not blameless in this. Despite overwhelming evidence against the Tiger Temple, thousands of ignorant tourists are still lining up to have their picture with a tiger just so they can post it on social media.

It is this very narcissism that has fueled the temple’s lucrative $3 million a year business and the real reason why these tigers have continued to serve as photo-ops and are traded on the illegal wildlife market.

Elsewhere in the world, there are only 3,200 tigers left out in the wild compared to the 5,000 in captivity in the U.S. alone. If tigers continue to breed in captivity, we will essentially have engineered a majority population of tigers which will tax, not add, any conservation value to our ecosystem.