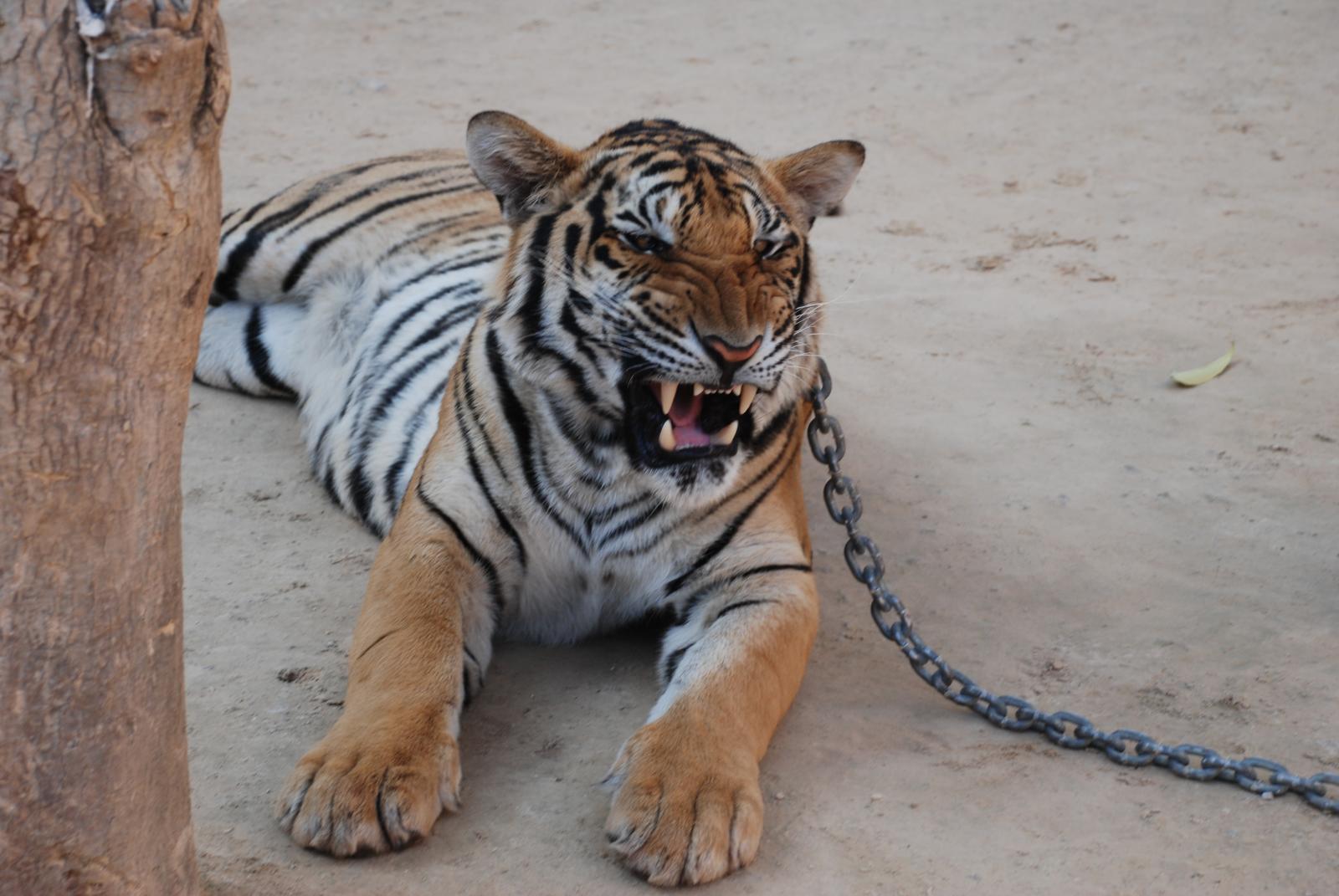 The latest effort by Thai wildlife authorities to remove the tigers from the  “Tiger Temple,” a tourist trap that has become famous for its abuse and mistreatment of big cats, has been stalled once again. Just one day after wildlife protection officials reportedly moved to seize more than 100 tigers from the park, the operation was postponed, pending “negotiation” with the influential temple abbot.

The Tiger Temple has long been accused by animal rights activists of abusing the tigers for commercial gain and even trafficking some of its animals. At its three facilities, the parks allow tourists to view, pet, hug, and pose for photos with the wild cats. The trainers use bamboo sticks to strike the tigers into obeying their trainers, which happens during training sessions every morning before tourists enter the park. An investigation into Tiger Temple found that tigers were often beaten and deprived of food and water to reinforce the dominance of their trainers.

The Temple’s captive breeding program has also been accused of violating CITES, an international treaty on wildlife, which bans commercial breeding of protected wild animals such as tigers.

We Need to Act for the Tigers!

Promises to retire the big cats to actual sanctuaries have been made and broken over and over again. This time, a lawyer for the Tiger Temple said that the facility is willing to give up most of its tigers but declined to specify when it will happen. He also said the temple will retain some of the wild animals and has applied for a permit to build a zoo to keep them. Of course, life in a zoo is no life at all for a tiger either.

You can help the tigers by boycotting this tourist trap and leaving a review on websites like Trip Advisor to help inform travelers of the abuses at this facility. Share this article to maximize the impact of information and help ensure that Tiger Temple is no longer allowed to abuse and mistreat these beautiful animals.

It is far past time that this facility was shut down for good! Let’s all help get these tigers the freedom they deserve!