A day at the zoo is often considered to be a happy, family event, but for the animals, life in a cage is anything but sweet. Having been plucked from the wild and put behind bars to live in concrete boxes, animals often live in misery, suffering from trauma, extreme boredom, isolation, and even mental illness. Zoos have gone to incredible lengths to manufacture an environment for the animals they hold that to humans appear to look like the wild, but these enclosures are barely a fraction of the space animals would have in their natural habitats.

In a new photo exhibit called “Zoo,” Alaskan photographer Charles Mason uses his lens to show zoos in a new light, and his images give people a different perspective of what it’s like to be an animal held captive in a zoo.

“Zoo,” shows living animals from parks around America, but the photographer makes it clear that these images show anything but wildlife. Instead, of just the animals being his subjects, their environments, including the crowds of gawking people who stare at them through the glass partitions are, showing just how unnatural the lives of these animals really are.

This animal’s eye pierces the photographer’s lens as crowds gawk at him through the glass box. 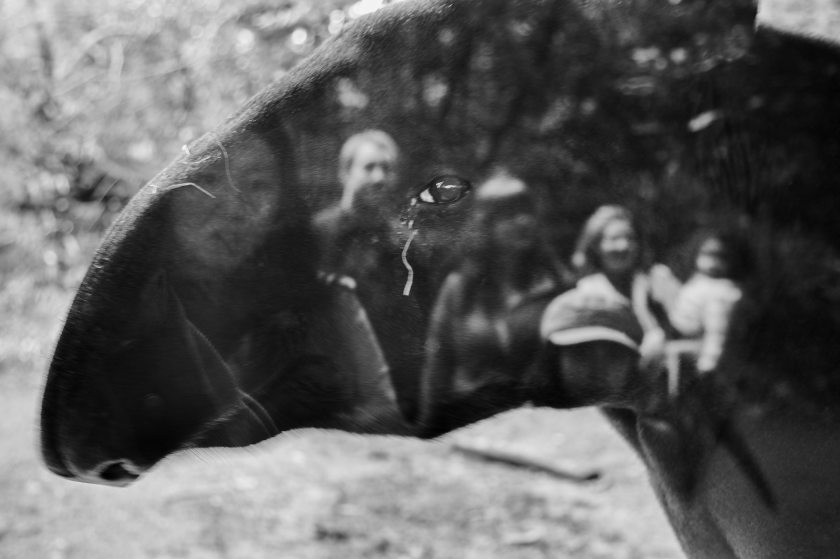 A woman sitting on the other side of the glass shows how alike this ape and human are, yet how differently they are treated. 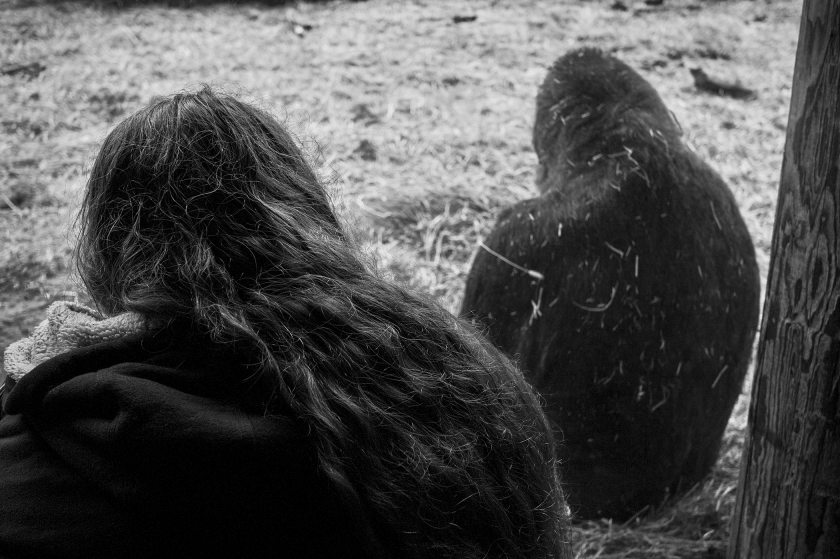 The reflection of a boy’s face onto that of a primate is jarring. 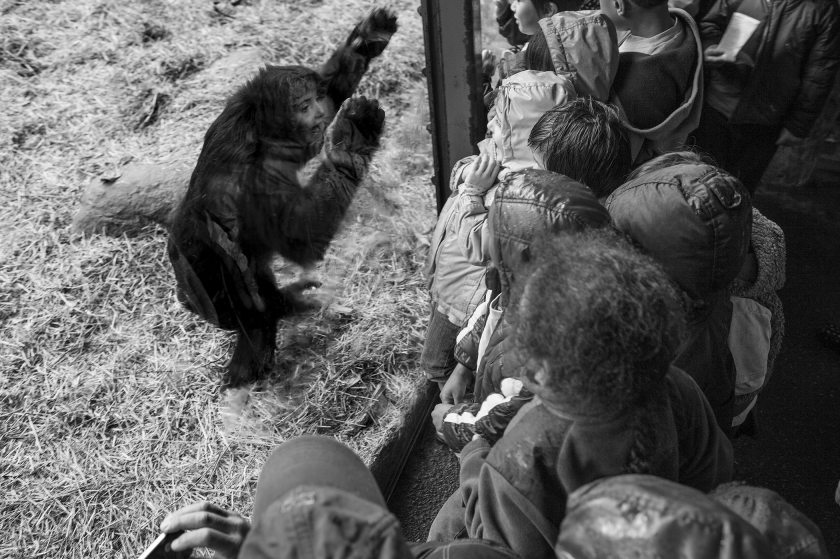 An alligator’s tail seen within his concrete enclosure shows that this is no life for a wild animal. 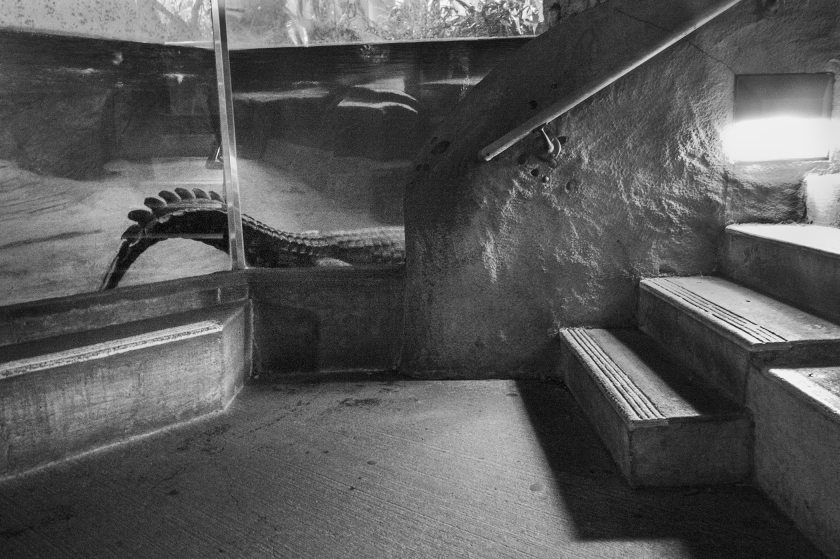 A camel’s humps peaks over a fence – much different that the vast sands of its natural habitat. 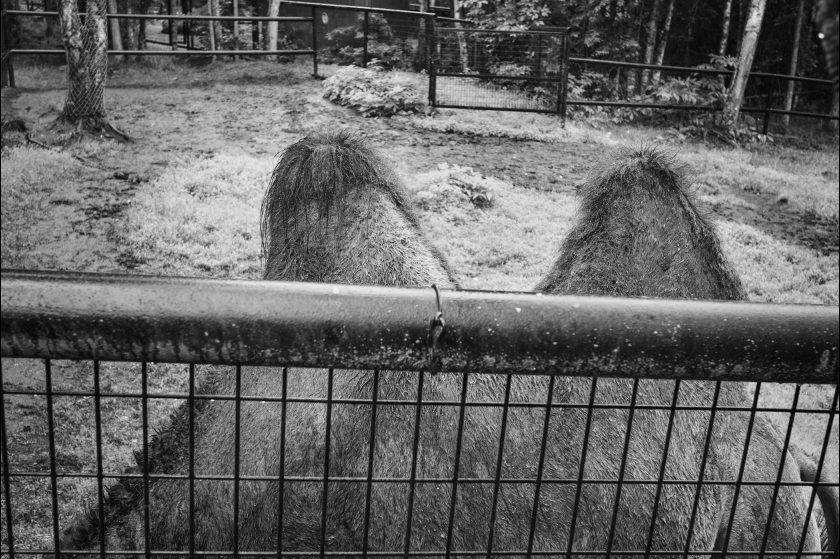 A rhino’s back at the bottom of the photo emphasizes its artificial surroundings. 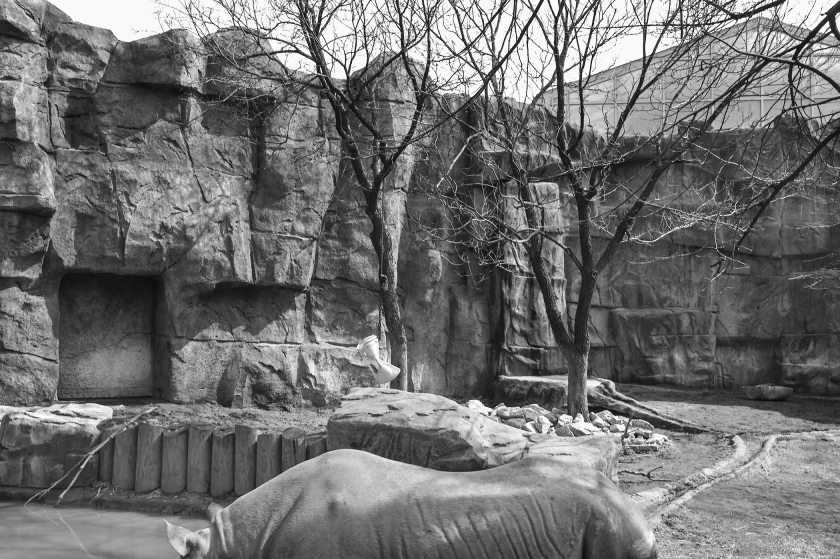 Mason’s work shows that wild animals should be respected, not held captive as entertainers. We have a choice to support these facilities or not; zoos and animal parks run on ticket sales. Without financial support, they can’t continue. Share this article and make the choice not to visit any zoo that holds animals in captivity.