Why Elephants Don’t Belong in Zoos! 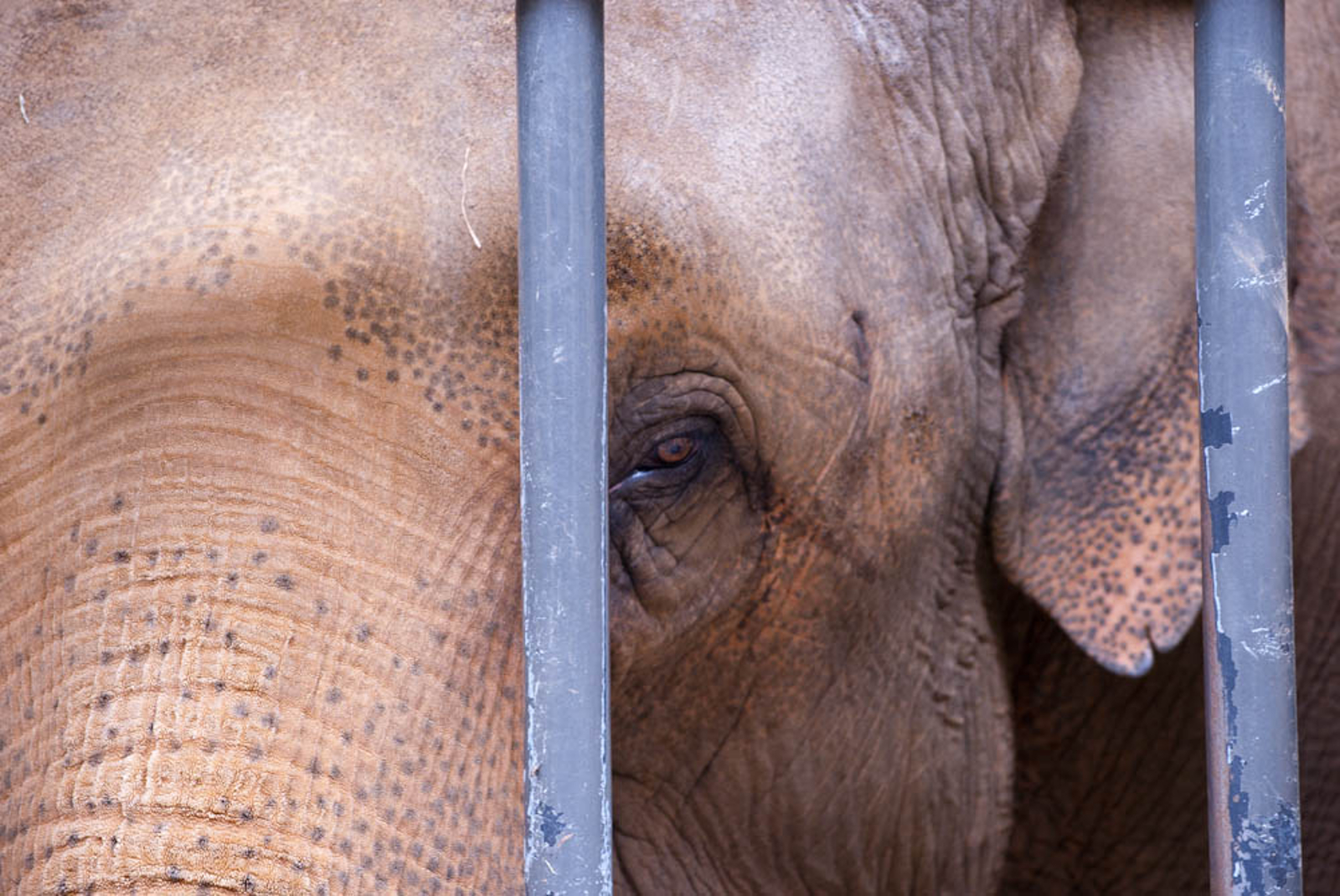 Seattle’s Woodland Park Zoo recently announcedthat its 45-year-old African elephant, Watato, had been euthanized after she was found lying in the elephant yard and unable to stand. While euthanasia might seem like the kindest option for an elephant who can no longer walk, it’s important to dig a little deeper.

In the wild, the average lifespan of an elephant is up to 70 years, but many live beyond that. So, what  caused this 45-year-old elephant to suddenly become so unwell? Friends of Woodland Park Zoo Elephants believe that her condition was brought on by her living space, or lack thereof. She shared just one acre divided into five pens with two other elephants, Bamboo and Chai – not to mention the fact that Watato and Bamboo were incompatible – meaning they had to be kept separated and as a result never had full access to the entire area.

An elephant roaming free in the wild will walk up to 30 miles in a day making a fraction of an acre cruel confinement. Unsurprisingly, an elephant so severely confined is likely to develop captivity-related diseases. Watato was no exception. She suffered from arthritis, lameness and “neurotic repetitive behaviors – outward signs of trauma, stress and boredom.” Is it any wonder why she collapsed?

Unfortunately, Watato’s story is not unique. Her situation is indicative of a much larger problem. The fact is, elephants do not belong in captivity.

Lifespan in Captivity vs. Wild

As mentioned before, wild African elephants live anywhere between 60 and 70 years of age. According to the National Geographic, the median lifespan of a zoo-born female is just 17 years with Asian elephants living up to 19 years in captivity and 42 in the wild.

In order to keep these elephants living longer, experts suggest “routine screening for obesity … as well as monitoring stress via a chemical known as interleukin-6.”

For animals who would ordinarily spend much of their day moving and exercising, it’s no wonder captive elephants are prone to obesity. To keep them living longer, we shouldn’t we just allow them to remain in the wild, rather than keep them in captivity.

Elephants live in herds of anywhere from 8 to 100 individuals with the head of the herd being the oldest female. Baby elephants stay by their mother’s side for up to 15 years, but they are reared and protected by the entire heard. Males leave the family unit around this time and will either live solitarily or temporarily with other male elephants.

Defenders of Wildlife states, “Recent discoveries have shown that elephants can communicate over long distances by producing a sub-sonic rumble that can travel over the ground faster than sound through air.”

With such complex communication and tight-knit family structures, it’s rather shocking to imagine an elephant like Watato living with just two other elephants, one with whom she didn’t even get along. That sounds like a lonely and isolating existence.

Because of the lack of space, elephants in zoos aren’t able to get the amount of mental or physical stimulation they require. Nature provides elephants with all they need for healthy lives.

Having a variety of ground surfaces, “including clean dirt, mulch, sand and, probably most importantly, grassy areas and pasture, as well as slopes, hills, gullies, scrub and forest” is essential for getting enough exercise and mental stimulation. Captive elephants require at least 10 km of space and the opportunity to engage in natural elephant behaviors such as foraging, exploring and socializing are vital to their wellbeing.

Elephants who are denied these basic needs develop diseases, just as Watato, Bamboo and Chai have. Aside from obesity, Elephants in Canada states that common ailments captive elephants face include arthritis, foot infections – the leading cause of death, reproductive problems (such as low fertility, high rate of stillbirths and difficulty giving birth), difficulty raising young, psychological disorders, early mortality and engagement in abnormal behaviors such as killing young and aggression towards other elephants.

What We’ve Learned From Watato, and How You Can Help Others

Elephants like Watato, Bamboo and Chai have needs that humans generally aren’t able (or willing) to provide. Sanctuaries do a wonderful job taking in captive, retired elephants, but there is simply no denying that these elephants should never have been in captivity in the first place. Watato’s passing is a reminder of this for us all.

For those of you who would like to protect Bamboo and Chai from the same fate, please write to Seattle’s Mayor and City Council to order the zoo to release them to a sanctuary. You can find contact information at the bottom of this page.