How Zoos are Distorting Our View of the Natural World 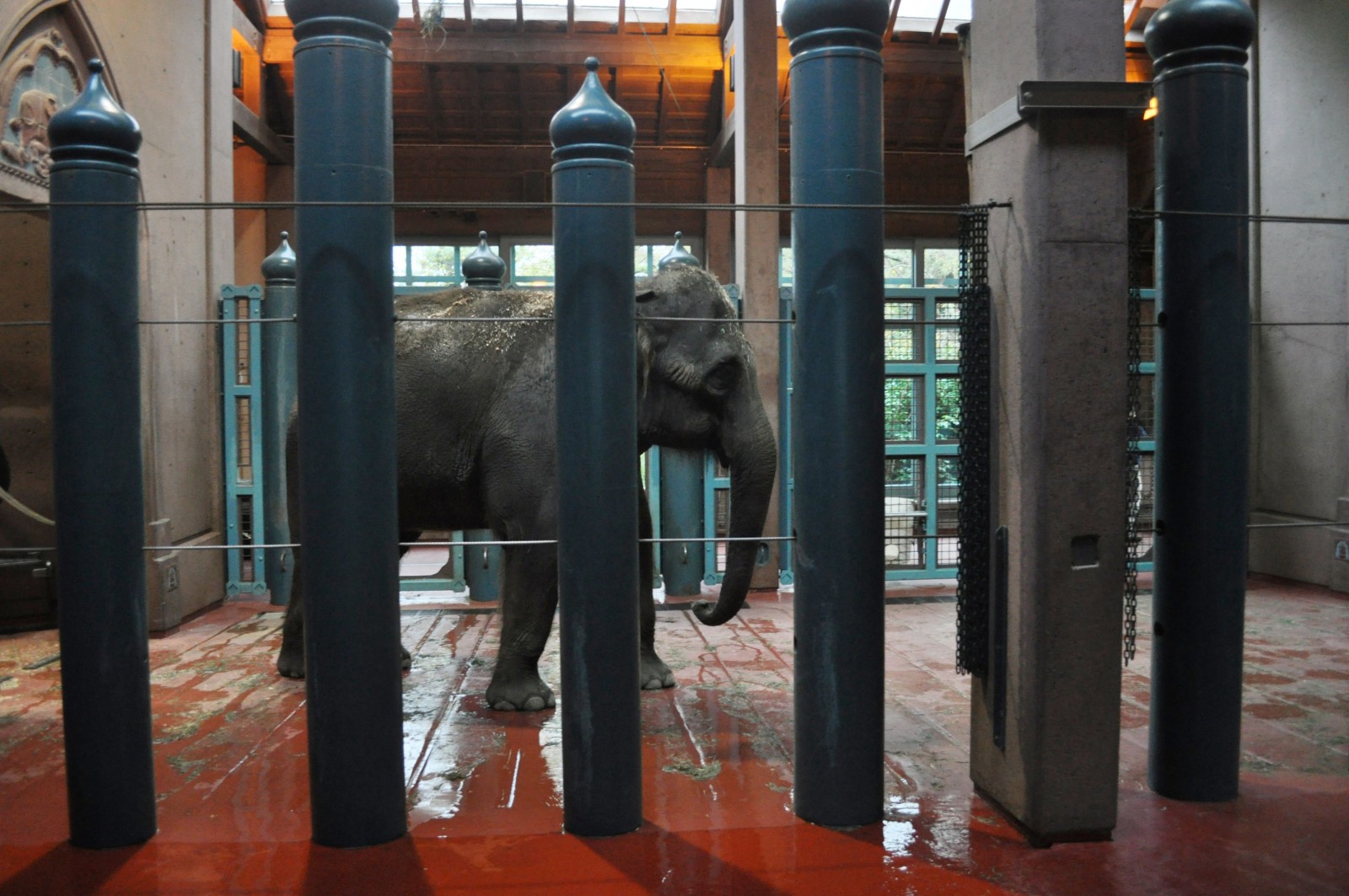 For thousands of years, humans have put wild animals on display for the sake of our entertainment. The earliest zoos were merely collections of exotic animals that served as a way to flaunt one’s wealth. These animals lived in luxurious cages that hardly resembled any life they would lead in the wild. It wasn’t until the early 1900s in Germany that an emphasis was placed on ensuring animals had natural looking habitats while in captivity. Efforts to improve the environment for captive animals increased from there and slowly evolved into the modern zoo habitats many of us are familiar with today.

Zoos have gone to incredible lengths to manufacture an environment for the animals they hold that seems “just like the wild.” They’ve created elaborate habitats with trees and even added “enrichment” activities to ensure the animals stay engaged.

The purpose of keeping wild animals in captivity has also “evolved” from being an elaborate way to show one’s wealth to a highly organized practice that is allegedly grounded in “conservation, education, and scientific research.” Many Association of Zoos and Aquariums (AZA) accredited institutions pride themselves on the money they donate to habitat restoration and rehabilitation projects, along with the elaborate Species Survival Plans in place for their captive animals.

By constructing a false habitat in which the animals can have some semblance of an environment like the one they’d have in the wild, and continuing to breed and populate these habitats, zoos have created a skewed image of what the natural world is meant to be like and in so doing, perpetuated the misconception that animals can be “okay” in captivity.

When we take a step back and deconstruct how zoos operate, the true cost of captivity becomes readily evident.

While people happily pay to see animals in zoos, one thing they might not be so quick to consider is where the animals came from. Sadly, animals like lions and elephants didn’t just decide to put themselves on display; they were either captured from the wild – or their parents were.

Early zoos that took animals from the wild for their collections lacked the understanding to grasp how their actions could also compromise wild herds. Today, we are well aware of the impact that taking animals from the wild has on the population – yet, zoos continue to do this – and sometimes in the name of conservation.

Take the instance of elephants, recent research has revealed that when baby elephants are captured from their herds and taken away, it takes and emotional toll on both the young ones and their entire families. Elephants live in complex matriarchal societies, and the consequences of removing individuals from the herd could very well be irreversible. Of course, the reality presented to zoo patrons is dodgy yet simple: elephants are highly endangered and accredited facilities are doing everything in their power to conserve the species.

Many zoos also have Species Survival Plans that are complex breeding programs that allow them to maintain captive populations. Today, these accredited institutions rely on breeding and trading their animals, to maintain genetic diversity, through a complex network known as the AZA exchange. In some cases, propagating these captive animals has been incredibly successful, and in others, a complete failure. Yet it’s rare (only a handful of cases) that these efforts to breed wild animals in zoological settings lead to the subsequent release of the animal, despite constant reassurance that repopulation is possible thanks to captive breeding.

It’s unusual for zoo patrons to hear of the unsuccessful attempts to breed in captivity and whether the animals are breeding naturally or via artificial insemination, both disclosures that could potentially lead visitors to question whether or not these animals should continue to be kept in captivity. Despite accredited facilities’ reluctance to concede to these failures publicly, it’s always a celebration, often heard all over the world, when breeding attempts are successful. After all, so long as animals are breeding and giving birth in captivity, things can’t be that bad, right?

Although zoos may attempt to get wild animals to assimilate into their captive environment, the fact is that these animals will always be wild at heart, and no amount of fake trees or square mileage of grassland will fool them into thinking a zoo is the same as being in their native habitat.

Zoochosis is a term that was coined in 1992 to characterize zoo animals that exhibited some kind of abnormal behavior while in captivity. These stereotypic behaviors, as it would turn out, are indicative of stress brought on confinement. Albeit most large zoos do often spend millions of dollars and take years to reconstruct select exhibits, they pale in comparison to the natural environment where animals can roam without restrictions and express a wide range of natural behaviors.

Although stereotypic behaviors can be observed in a wide variety of captive animals, it’s incredibly pertinent in captive animals with complex social lives like primates and elephants. Pacing, bar biting, head bobbing, neck twisting, regurgitation, and self-mutilation are just a few of the stereotypic behaviors seen in captivity. Because zoos don’t willingly offer this information to the public, many zoo patrons believe the behaviors they’re observing are normal. In many cases, they can even seem amusing.

The environment zoos present to the public is entirely artificial, the animals nothing like their wild counterparts. This, of course, isn’t to say that they’re somehow domesticated or that they’ve lost their instincts. In fact, nothing could be further from the truth. The demonstration of zoochotic behaviors in captivity shows that these wild animals are bored and frustrated in their zoo environments. Zoos may succeed in fooling people into thinking their habitats are natural, but they cannot fool the animals.

What Do We Really Learn From Zoos?

One of the most commonly used justifications for zoos is the idea that people will only care about animals if they see them in person. While getting to interact with a majestic wild animal is undoubtedly a life changing experience, is seeing an animal in the zoo really the same as seeing one of their wild counterparts?

A study published by Conservation Biology last year found that 62 percent of the 2,800 children interviewed, “showed no indication of having learned new information about animal or environmental conservation.” Still, zoological institutions continue to suggest that the environment allows for an educational experience. Perhaps, this is because displaying wild animals inside cages and behind bars in habitats that only remotely resemble their native habitat, in reality, does little to foster respect for wild animals.

In fact, it only further perpetuates the idea that these animals are ours to view and observe. It seems like there has been an increase in captivity trends recently where the animal’s habitats are being upgraded to enhance the viewing experience for paying customers under the guise of expanding the animal’s enclosures and giving them more space. Take for example, SeaWorld’s Blue World plan. By expanding their captive orca’s tanks and more glass windows to view the animals, the park is really working to make customers more content with their viewing experience. They can get virtually as close as possible to these massive wild animals without worrying about getting hurt.

The bottom line is that one thing and one thing alone matters for zoos, and any other attraction that involves wild animals: profit.

Modern zoos have managed to set a precedent for the rest of the public, that observing animals in captivity is somehow ordinary, and the animal’s behavior in these settings is normal. Our understanding of the complexities of the wild animals held in captivity have far surpassed anything biologists, and scientists could have imagined when the first zoos opened thousands of years ago, and with that knowledge comes responsibility. Accredited zoos would like the public to believe the welfare of their animals in priority, but no amount of replicating or expanding will supersede the life they would experience in the wild.

With the news of Ringling Bros retiring their elephants and The California Coastal Commission announcing SeaWorld will only be permitted to expand their tanks if they end their breeding program, it’s clear that the animal welfare movement is at a crucial moment in time. As activists, we need to urge accredited institutions to move away from facilities that tailor to the public’s entertainment and instead towards those that are comparable to sanctuaries for the welfare of the captive animals. As Green Monsters, are you ready for that?