Why Life in a Zoo is no Life for an Elephant

Few people can deny that there is something rather remarkable about the gentle giants of our world, the elephant.  With slow and graceful movements, a kind glint in their eye, and a presence that simply oozes intelligence and wisdom, elephants are a very popular character in cultures all over the world. Unfortunately, this does not shield these animals from being abused and even killed by humans. Each day, compassionate animal lovers work tirelessly to help protect Asian elephants that languish in circuses and their African cousins who face poachers. But is there more we can do for elephants? Should such large, far-roaming, intelligent creatures be confined in zoos and parks, or is there a different approach we can take to keep them safe and protected? Here are a few reasons why we should instead consider supporting these beautiful creatures in their natural environments rather than forcing them to languish in captivity.

Elephants are huge creatures, who are adapted for roaming large areas of land each day in search for food and water. They are used to roaming up to 50 miles a day, compared to the average enclosure space that is 500-square-meters per elephant, although these are viewed as guidelines it is not necessarily illegal to be smaller. While some people argue that the elephants are happy with this arrangement because they do not need to travel so far for food and water, the overwhelming evidence suggests that a lack of exercise is not only detrimental to the mental well-being of these animals, but harmful to their health, and even partly to blame for their early mortality in captive settings.

At least 40 percent of captive elephants are considered obese, a phenomenon that is never seen in the wild. Confined to such a small percentage of their natural territory, and often not presented with mentally stimulating challenges, or not enough, elephants have a tendency to do a lot of standing around and not much else. The weight issue is a big one – pardon the pun. The leading cause of death in captive elephants is foot ailments, and standing on concrete or hard ground for long periods of time takes a toll on their bodies enough, without the added stress of extra weight. In the wild, elephants are always on the move, active for up to 20 hours a day. This keeps them lean, keeps their bones strong and their joints supple, keeps them mentally engaged and promotes good blood flow, especially to their feet. They are also encountering a variety of surfaces and textures, all things that help to keep feet healthy. 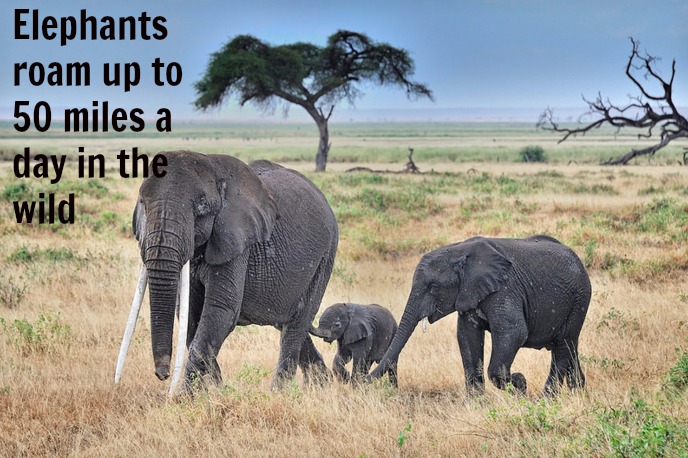 Elephants in the wild live in large herds, led by the eldest and most experienced female known as the matriarch. This social unit is the very core of life itself – everything they do, they do together, and they learn, teach, and adapt as one. They are so close-knit that the only thing that can tear an elephant away from her family and friends is the event of death, or capture. The more experienced elephants teach the younger ones, allowing them to pick up crucial skills such as how to care for a new baby, how to treat common ailments using plants, and general social skills such as how to behave within the herd, which can number as many as 100 individuals, of all ages and sexes. They communicate through  a wide range of vocalizations and visual cues, but by far the most important sense to an elephant is touch. They have very sensitive skin, and delicate trunks, which they use much in the way we use our hands. An elephant will use the power of touch to not only discover the world around her but to bond with her herdmates. She will use her trunk to comfort others, to hug her baby, and even to gently and respectfully brush against the body of elephants who have passed away.

In captivity, over half of all elephants are kept in groups no bigger than four individuals, and some are kept entirely alone. These group sizes are unnaturally small and can result in abnormal behaviors among individuals. Elephants become unstable when forced into isolation, and their frustration reveals itself in a series of repetitive motions never witnessed in the wild, such as swaying from side to side for hours on end. For elephants who live entirely alone their existence is, even more, depressing, never able to seek out the social contact with their own kind that they so desperately seek. Captive elephants are also less experienced in terms of life skills, and one notable example of this is the incidence of first-time mothers killing their babies, often through neglect or inexperience.

Toys and other enrichment can be used to distract the animals and keep them occupied, but stereotypical behavior will still occur even if it is supplied. It seems to be a coping mechanism for captive elephants, a familiar habit, and they will continue to weave from side to side, sometimes being copied by other elephants and thus reinforcing the abnormal behavior. At least 60 percent of elephants show some form of abnormal behavior. 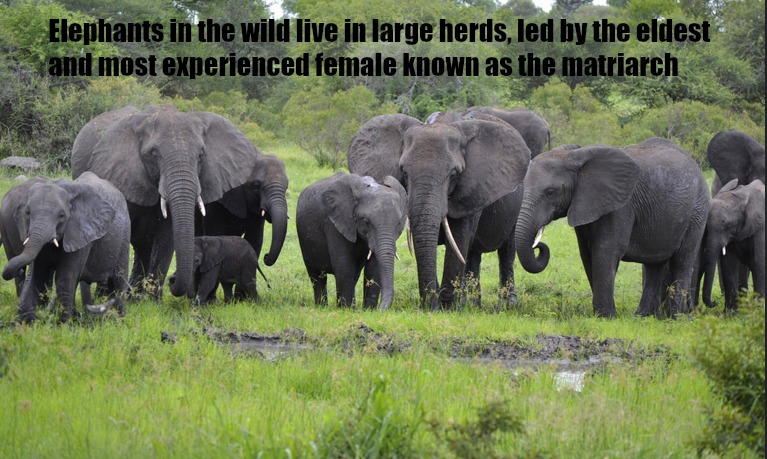 Our Weather Can Make Them Sick

All species of elephants come from hot countries, and they are therefore adapted to warm environments. They are unable to sweat, and therefore when the temperature rises they must cool themselves in other ways, such as wallowing in mud or spraying themselves with water. However, this is much easier to achieve than being too cold – they cannot store fat as insulation as a response to the colder temperatures and, therefore, must be kept warm by their handlers, such as through use of extra bedding or rugs. Due to their poor ability to regulate their body temperature, once an elephant is sufficiently chilled it takes a very long time for them to warm up again, especially their extremities, and this means that if not warmed in time damage can occur to their feet, tails, and ears.

To combat this problem, many zoos place their elephants indoors over the winter months in heated paddocks, but this confinement is frustrating to a roaming animal and results in increased stress and abnormal behaviors. Indoors they are unable to forage, to experience fresh air and natural sunlight, and interactions with other elephants are often restricted by placing them in separate stalls or enclosures. 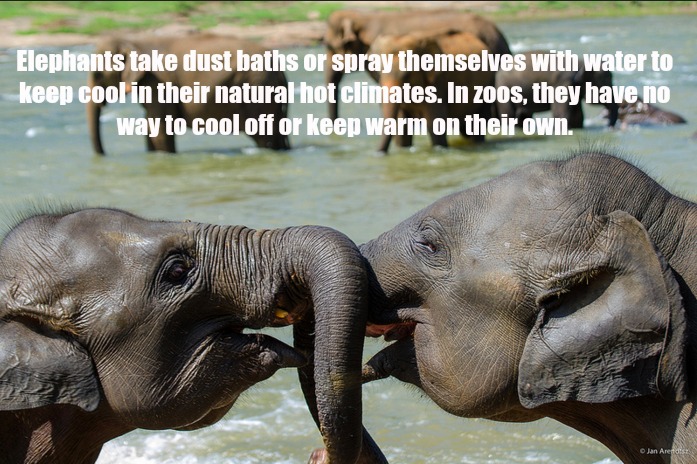 While wild elephants can live on average to age 75, the typical life expectancy among captive animals is only 20-30 years. The bottom line is that elephants do not do well in captivity, for all of the reasons mentioned above. If you love elephants, don’t visit them at the zoo. Zoos exist primarily for profit and can only exist with your financial support. Without ticket sales, zoos will no longer have the ability to hold these incredible in captivity. Opt to support sanctuaries that offer lifelong care to former captive elephants, or organizations that work on protecting our wild and captive elephants instead.