The Day My World Changed When I Met an Elephant 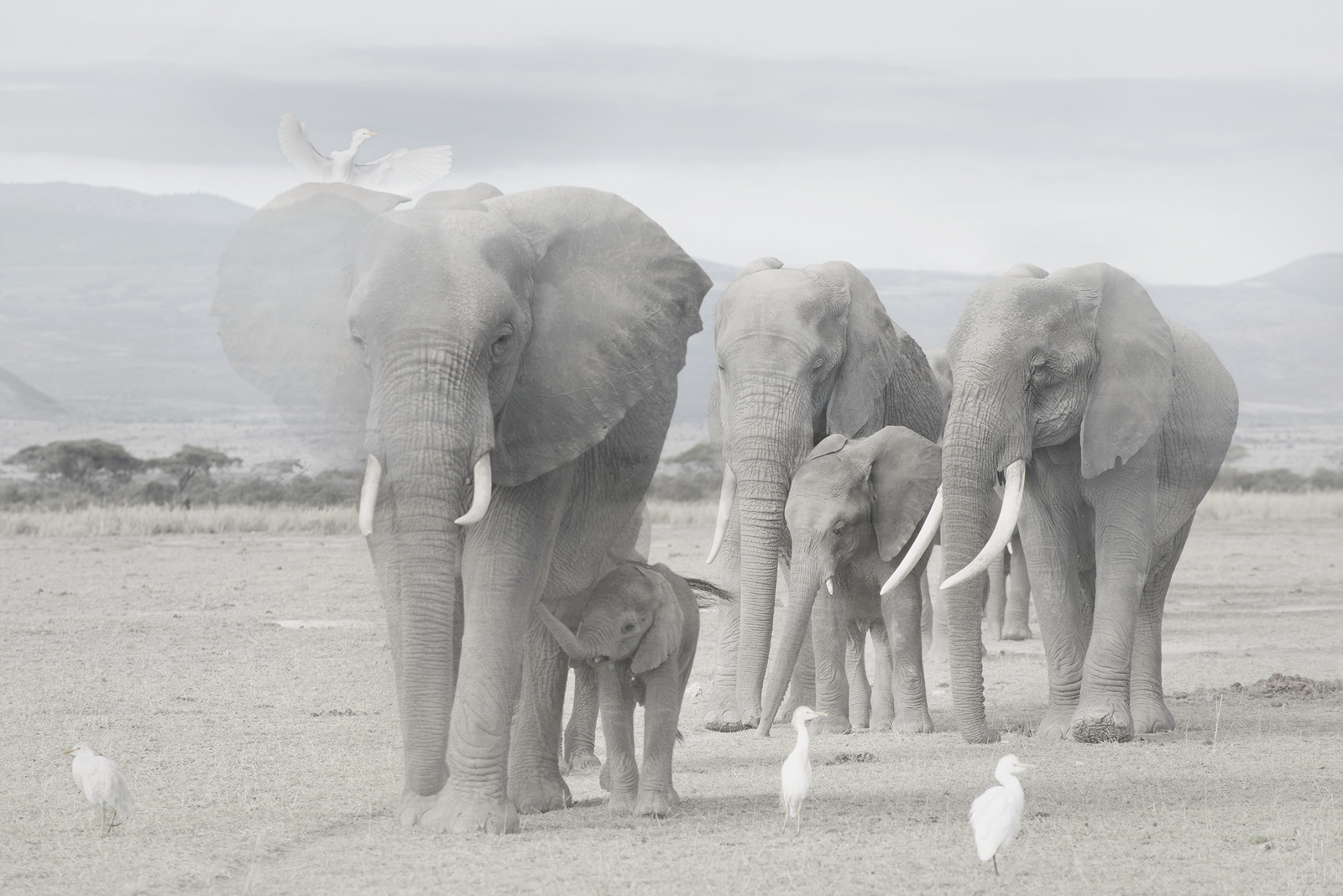 Some 30 years ago, I discovered the savannah exhibit at the Natural History Museum in London. It was easy to overlook, being located in a fairly small, badly lit corner of the museum, where it sat gathering dust along with other similarly dated collections that were not quite ready to be archived.

Nobody else was ever in there apart from me. I would sit on the viewing bench for a long time undisturbed, just looking at it. I felt a sense of something magical, that I hadn’t felt since childhood. It looked like a picture book that had been rendered in 3D, with its large, slightly faded model elephants and giraffes looming over the lamplit grasslands.

Yet I never imagined I would ever go to Africa. In fact, my knowledge of the continent was extremely limited until I met my Kenyan husband six years ago. Although I was excited the first time we went there, my interest in it was more to do with my husband than any previously felt personal connection. I had other places to go, but this was also probably something to do with the fact that until you do go there, it’s impossible to conceive of Africa properly; its dimensions are too large – emotionally, physically and spiritually. Now when I return to the UK after a trip to Kenya, I feel a kind of downsizing.

The Day My World Changed

I remember the first time I saw an elephant, on my first trip to Kenya. Three of them in fact. Peering determinedly through the back window of the jeep, I kept thinking I had spotted something in the distance, but they all turned out to be bushes or termite mounds. Then there they were, standing right near the gate of the park. I jumped to my feet, beside myself with excitement, my hands shaking wildly as I reached for the camera. 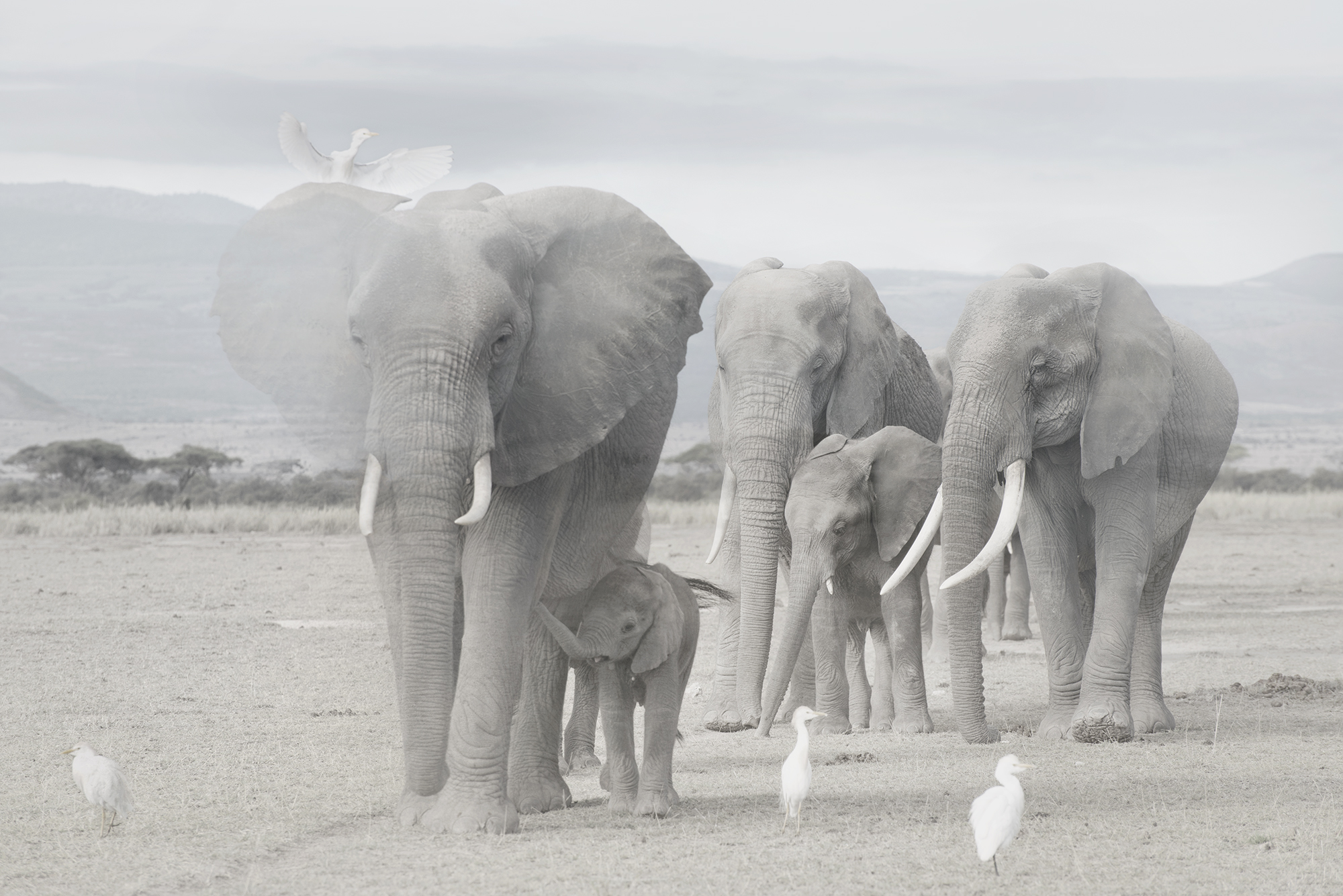 My world had officially changed: elephants had shifted places from my imagination to the real, provable part of my mind: they existed, they were actually there, in front of me, they were looking at us; we had become part of their world too! Along with lions, giraffes, leopards and gazelles, and all the other characters of the bush. They were all there, tearing up the grass and leaves, waking up from the night’s kill, ready for the hunt, nervously flicking their tails, running across the plains, playing, drinking from watering holes or just asleep. They were mostly uninterested in us unless we came too close – the lions were completely unfazed. But the elephants seemed to find us fascinating, curling the tips of their trunks in our direction and standing still to watch us as we drove by, the engine of the jeep loud against the quiet of the wilderness.

As part of a burgeoning interest in photography that had only just begun at that time, I wanted to distil my experiences into images. Impossible of course, but the joy of photography is often in the taking of the image, in the attempt. I was very lucky to have had these opportunities. But it wasn’t until we returned to the UK that I started to realize quite how lucky. We switched channels on the TV one evening to a wildlife documentary and there was someone talking about how almost 35,000 African elephants were being killed every year for their ivory. They could only protect them so much, they said, in the face of huge demand from countries like China and the multi-billion dollar ivory trade, most of which is illegal, and much of which funds arms for terrorism and civil war, and elephants were facing a likelihood of extinction within 20 years.

Sometimes I watch terrible things on TV and feel sad, but then it passes. This time, though, was different. I felt as though part of my soul was being torn out. I wept, I could not get over it. I have grieved in my life, for my father who passed away when I was 20. I have felt terrible grief. And this was comparable; it was not for a person I loved, but a grieving for the animals that have been in my heart since childhood and in the hearts of so many others, collectively loved, enormously. It was unimaginable that they could go too. Incomprehensible that this great loss to the world could be funding terrorism and war in today’s fragile battle between good and evil.

Elephants have been proven to be hugely intelligent, loving and empathetic, shown in the remarkable stories of herd members visiting the graves of kindred human spirits and in the care of the herd for those who need help. Emily, one of the original orphans at the David Sheldrick Wildlife Trust and now living in the wild, returned to the orphanage last year to give birth, trusting that she and her newborn calf would be looked after there. And we, the warmongers, betray her trust, allowing her family to be slaughtered for arms, traded for money and hunted for vanity. 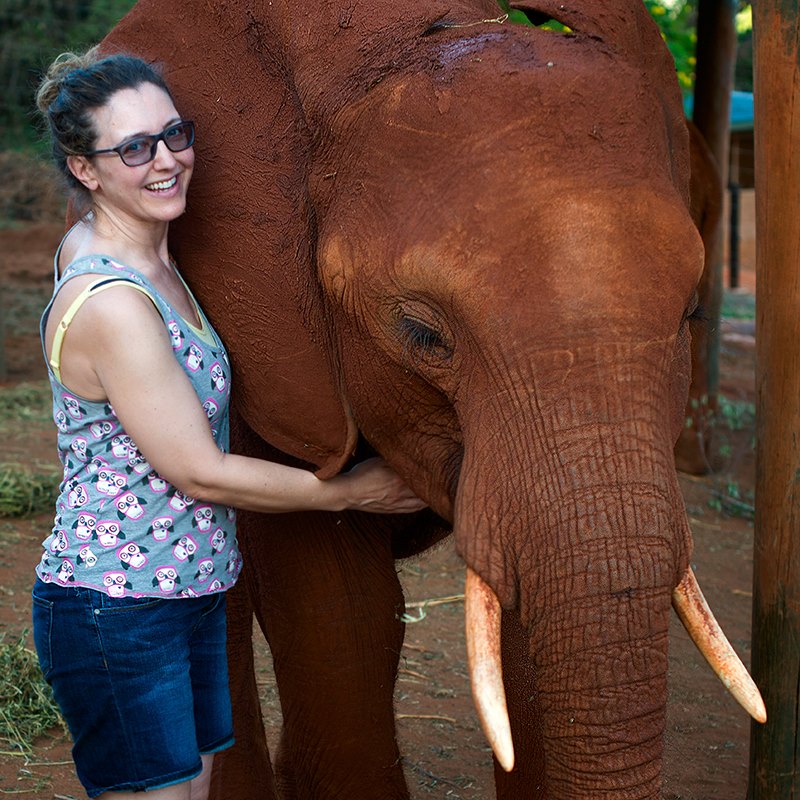 And it’s not just the elephants; we are killing off so many species now at such a rate that large swathes of animal species could become extinct within our lifetimes. We. Us. But it’s not yet too late. If enough of us are moved enough to act, we can all do something. We can become wildlife advocates and activists, we can donate time and funds, and we can adopt the survivors of poaching attacks. One of the most important ways we can help is to support local communities through ethically responsible tourism. The income this generates motivates local people to help conserve wildlife and enables those communities that share the animals’ habitats to coexist with them in a mutually beneficial way. This is key to long-term conservation success, along with the important research, community outreach and educational projects of organizations such as the Kenya Wildlife Service, the David Sheldrick Wildlife Trust and the Amboseli Trust for Elephants.

Ghosts is my attempt at expressing my feelings around these issues through photography, in the hope of raising more awareness and activism on behalf of the animals that so need our support. They deserve better than to become museum exhibits of the future. See more from Ghosts here.