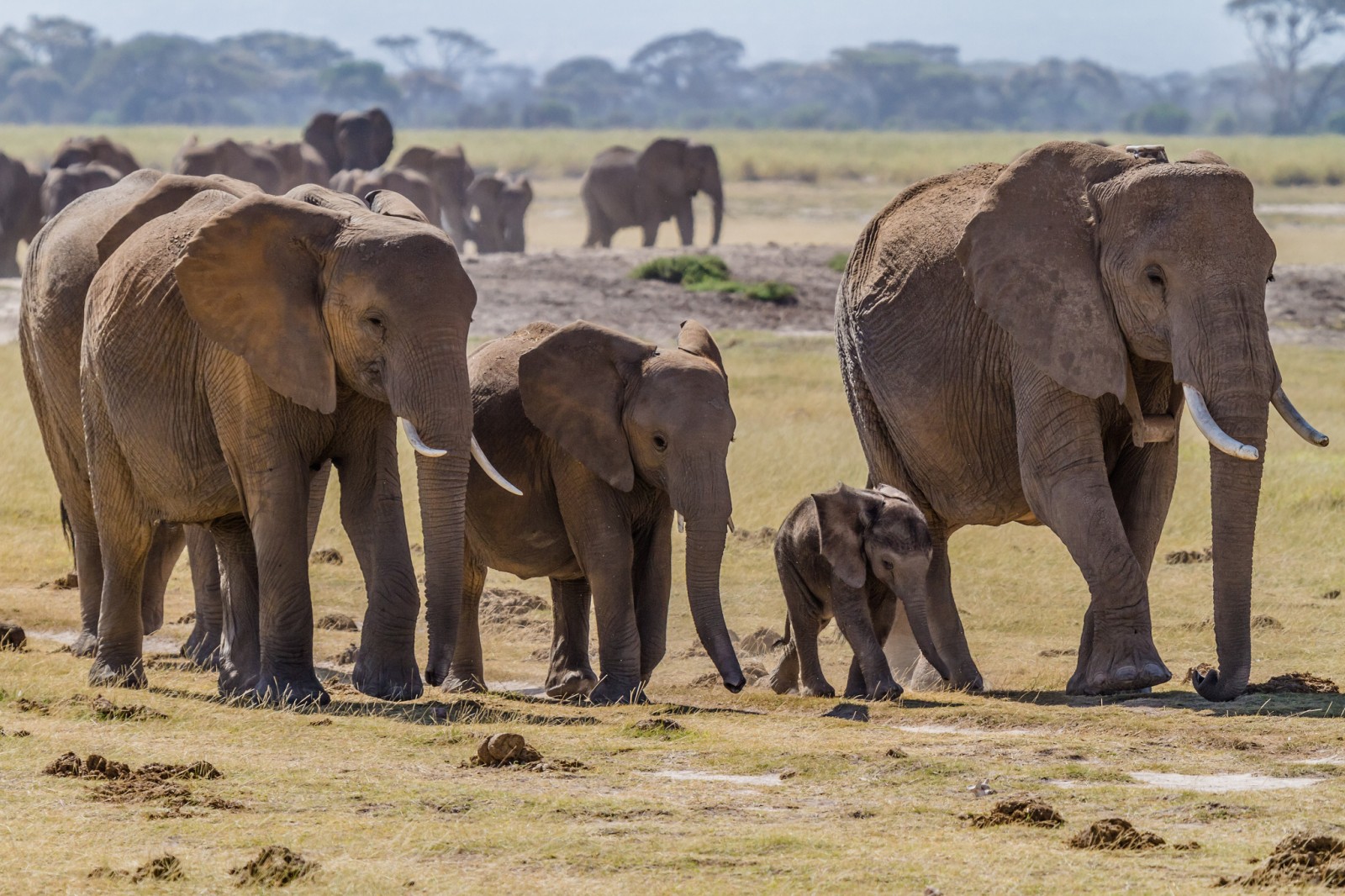 The concern surrounding the welfare of elephants in captivity is nothing new. The more we learn about these self-aware animals, the harder it becomes to justify keeping them in captivity. While many “new” zoos have come a long way in comparison to the zoos we knew years ago, the animals in their care still suffer tremendously both physically and psychologically.

Elephants in captivity are frequently observed displaying stereotypic behaviors, indicative of stress and anxiety, in fact a recent study found that a startling two-thirds of all elephants in captive environments exhibit these behaviors. Weaving, as it’s commonly referred to, is when an elephant is seen exhibiting one of many unnatural movements including head bobbing, swaying and neck twisting.

Stress in captivity for elephants can originate from a variety of sources including (but certainly not limited to): a lack of stimulation, inactivity, or the inability to have physical contact with a fellow elephant due to restraints.

In the past few years, we’ve seen how greatly the public’s perception of captivity has changed. One of the biggest changes, and potentially most influential, came from an announcement by Ringling Bros. and Barnum and Bailey Circus. For over a century the exploitation of elephants has played a crucial role in their acts but in March of this year, the circus announced it would be eliminating all elephant acts by 2018. 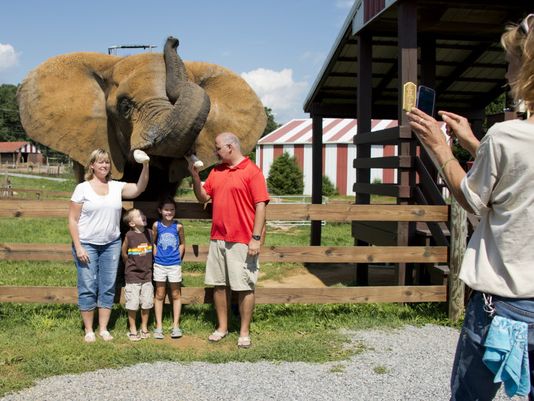 While there has been some positive progress for captive elephants in recent years, there is still a long way to go. When we examine how life in captivity compares to life in the wild, we can truly see how devastating captivity is for these magnificent animals.

Here are just a few of many things that captive elephants will never experience. 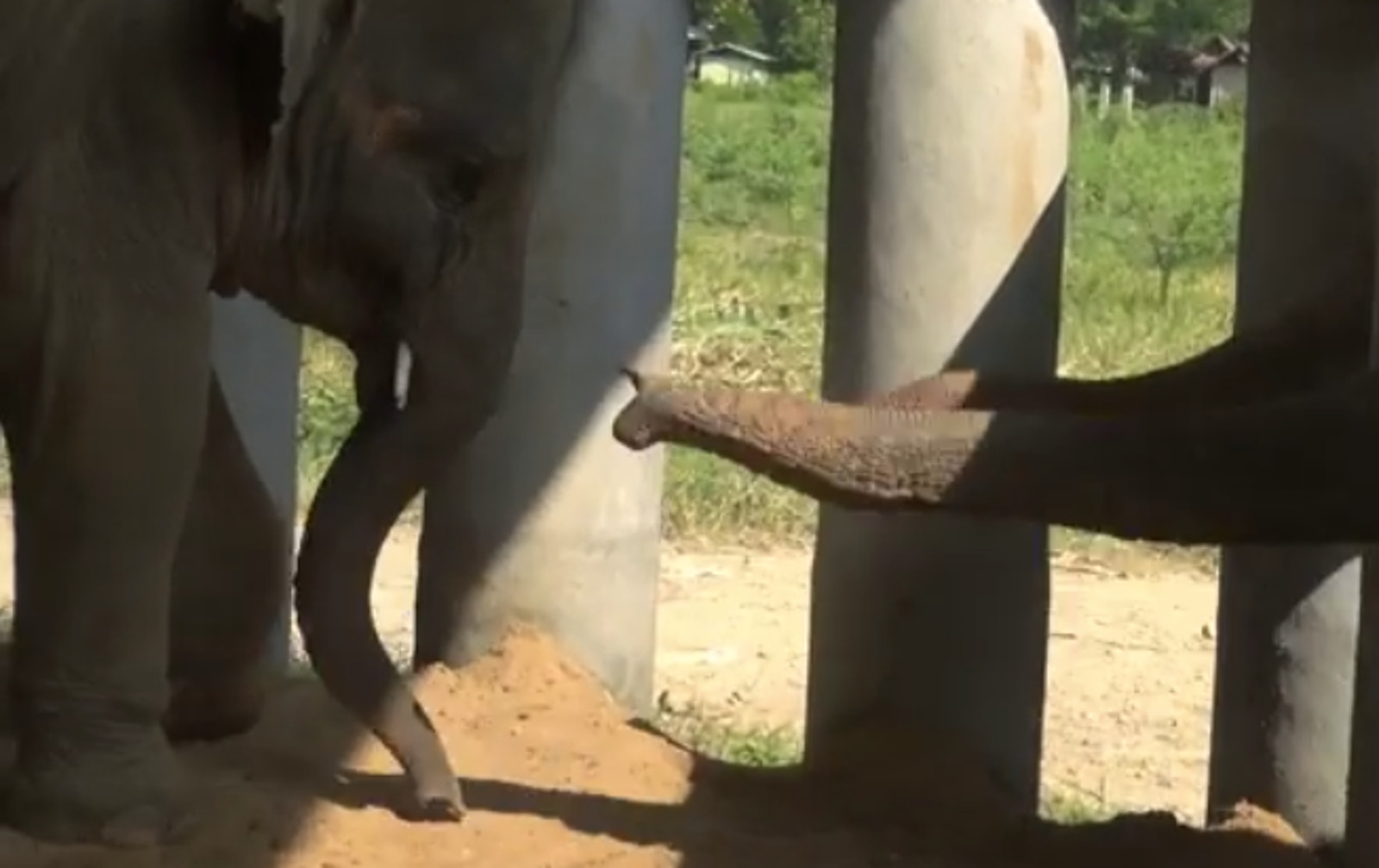 In the wild, elephants live in herds. Herd groups are extremely complex and the elephant relationships closely resemble that of a human family.

The oldest living female, or the matriarch, is typically the leader of the group and she guides her family with great wisdom. Studies suggest that elephant herds with older matriarchs have more reproductive success. This is attributed to the amount of experience the elder has accumulated through the years and the number of family members she has passed her knowledge on to. The matriarch makes decisions for the herd, including when the family will eat, and where and for how long they’ll spend time in a specific area.

A female dominated society, elephant herds are incredibly tight-knit. Female elephants embrace motherhood in a way comparable to humans. After 20-22 months of gestation, an elephant calf is entirely dependent on their mother for the first 3-4 years of their life.

As they grow, males will often depart from the herd around the age of 12 and live solitary lives, coming together only to mate. Female calves, on the other hand, will almost always remain with the herd for life. That is, a female elephant will never go a day without her mother until she passes away.

Like humans, elephants develop deep emotional connections with their families, they have been known to demonstrate deep love for one another and hold mourning rituals when one passes away. Elephants in captivity rarely get to experience this sort of deep familial bonding.

Elephants that have been captured from the wild and forced into captivity often lead solitary existences. For those that are captured and brought to a facility with more than one elephant, their companions are merely strangers in comparison to the family they once knew. In some cases, the elephants aren’t compatible, creating stress for all animals involved.

Standards requiring a facility to house more than one elephant are, without a doubt, an improvement; but because Association of Zoological and Aquarium (AZA) standards do not apply to non-accredited facilities, many roadside zoos and backyard menageries are able to get away with keeping just one elephant in an exhibit.

Interestingly, studies have also shown that the experience of losing a calf when they are taken and sold into captivity creates an extreme amount of stress for the wild herd, proving that captivity is a traumatizing experience for more than just the individual animal itself. 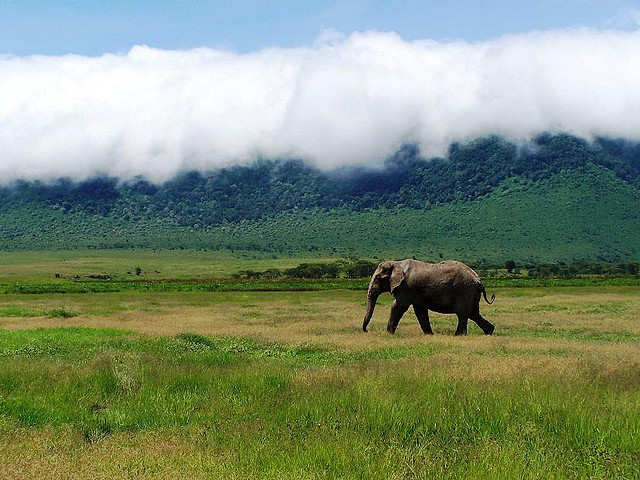 In the wild elephants travel in response to changes in their environment, primarily to seek out alternative food and water sources. They’ve been known to cover 50 miles daily.

While elephants face many dangers living in the wild, including poachers, the alternative of living in captivity has been nothing short of a failure. Despite their best efforts, zoos lack the space and funding necessary to recreate a remotely natural environment for elephants. Many elephants in captivity are overweight, due in large part to their lack of movement in such confined spaces. This, along with many exhibits housing the elephants on hard surfaces, leads to arthritis and foot disease. 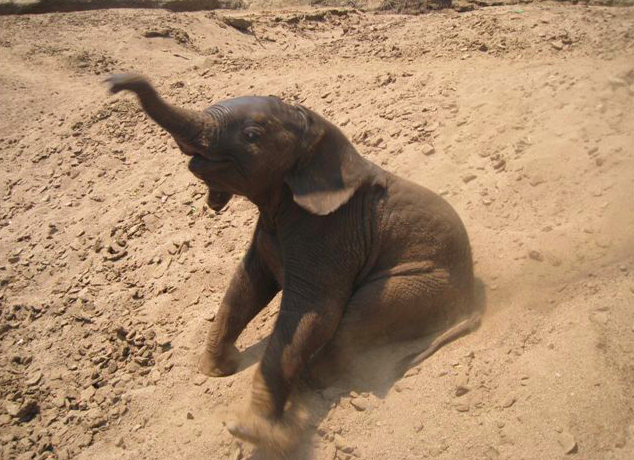 Elephants have evolved over the course of thousands of years to be able to thrive within their natural habitats. As a result, they have developed a number of instinctual natural behaviors to help them thrive. Some of these behaviors include dust bathing, rubbing bark off trees with their tusks, and foraging for natural vegetation. While these might seem like trivial activities, they are very important to an elephant’s physical and mental well-being. Dust bathing helps to coat and protect the elephant’s skin from the harsh sun and lock in much-needed moisture. Foraging for food and rubbing the bark off trees is not only beneficial to the elephant, but it also helps to keep the elephant’s environment in check; elephant’s are known as the architects of the savannah because their eating habits literally help to shape the local plants and ecosystem.

In captivity, elephants are fed a diet that is not always akin to the one they would eat in the wild, further they need not forage when it is delivered on a routine schedule every day. The climate of the zoo or circus where elephants are held vary depending on the location, making the need to dust bath obsolete in cold climates – although this is hardly the only concern associated with housing elephants in these regions. Captive facilities may attempt to replicate the elephant’s natural environment, but nothing can compare to the wild.

It is thought that the inability to perform these natural behaviors in a captive setting adds to an elephant’s stress levels and adds to stereotypic behaviors. These little things might appear menial, but they help to make an elephant, well an elephant. If you were deprived of the ability to do the basic things you love, you’d be pretty frustrated too!

Many AZA-accredited institutions have made great strides to improve their animal exhibits and for that we’re grateful, but elephants simply don’t fare well in captivity. Since 1991, almost two dozen zoos have closed their elephant exhibits, with the remaining living animals transferred to facilities capable of providing them with a healthier environment to improve both their physical and psychological well-being.

If a zoo (accredited or not) is not capable of expanding their exhibit to provide a number of elephants a natural and stimulating environment, urge them to consider relinquishing their elephants to a sanctuary.

The bottom line, however, is that life in captivity will never be able to compare to life in the wild for an elephant. If you are truly concerned about the well-being of these magnificent animals, the best thing to do is to refuse to support their sufferings. Avoid zoos and other animal attractions that house wild elephants and share what you’ve learned with others!