One Year Later, Former Toronto Zoo Elephants are Thriving at Their Sanctuary Home

They say an elephant never forgets. For these three elephants, this phrase is incredibly true. Despite years spent in captivity at the Toronto Zoo in enclosures that lacked space, natural conditions and the climate elephants need, they never forgot what it is to be a wild elephant. To enjoy the company of other elephants, to feel small in wide-open fields, and to tear down trees and shrubs with a single swift movement.

We were first introduced to the Toronto Zoo elephants, Iringa, Toka, and Thika nearly three years ago now. These elephants were made famous after public debate over whether this Canadian zoo was suitable for African elephants, drawing the attention of the prominent animal activist, Bob Barker. As you may imagine, the Canadian climate is not ideal for an African elephant (to say the least), and when their case was heard by the Toronto City Council, there was an outpouring of support for the retirement of these poor pachyderms. And so, it was arranged that they would be transported to the PAWS ARK 2000 Sanctuary in San Andreas, California. It took nearly two years of back and forth between the zoo and the sanctuary to arrange for Iringa, Toka, and Thika’s transport, but the time finally came in October of 2013.

This was quite the victory for animal rights activists (and animals!) and as we approach the one-year anniversary of Iringa, Toka, and Thika’s freedom, let’s take a look at how they are all doing in their new home! 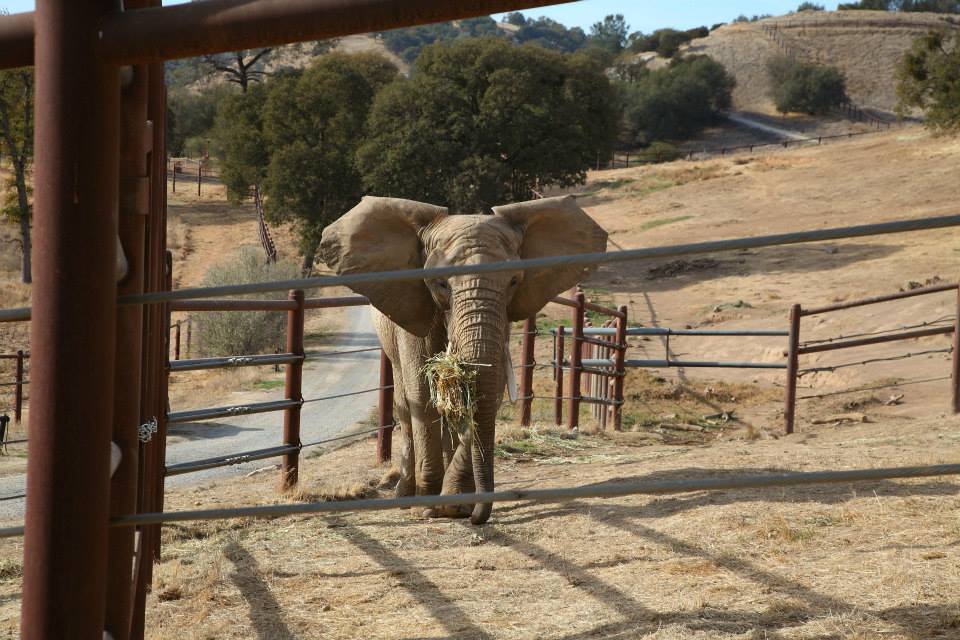 A New Life in a New Home

Elephants are incredibly emotional and intelligent animals, and the more we learn about their natural behaviors and temperament, the more it becomes apparent that these animals do NOT belong in zoos. Elephants who are deprived of their natural habitat, and the mental and physical stimuli that comes along with this environment, are prone to zoochosis. You can often witness zoo elephants (and circus elephants) exhibiting stereotypic rocking, absent-mindedly swaying back and forth, while this may appear to be a funny quirk, it is really an outwardly symptom on inner turmoil and mental distress. Through these mind-numbing conditions of a zoo with near frigid temperatures, and you have a veritable hell for an African elephant. Luckily, thanks to the help of Bob Barker and other animal activists, this reality was only temporary for Iringa, Toka, and Thika.

One of the prevailing arguments zoo’s and circus’ make for not releasing animals to sanctuary or back into the wild, is that after years of living in these artificial environments, elephants and other animals forget their natural behaviors. What these narrow-minded individuals neglect to consider is the astounding resiliency that nature has instilled in these wise beings.

These one-time zoo elephants have learned to adapt back to a wild habitat, exhibiting behaviors found in wild elephants. 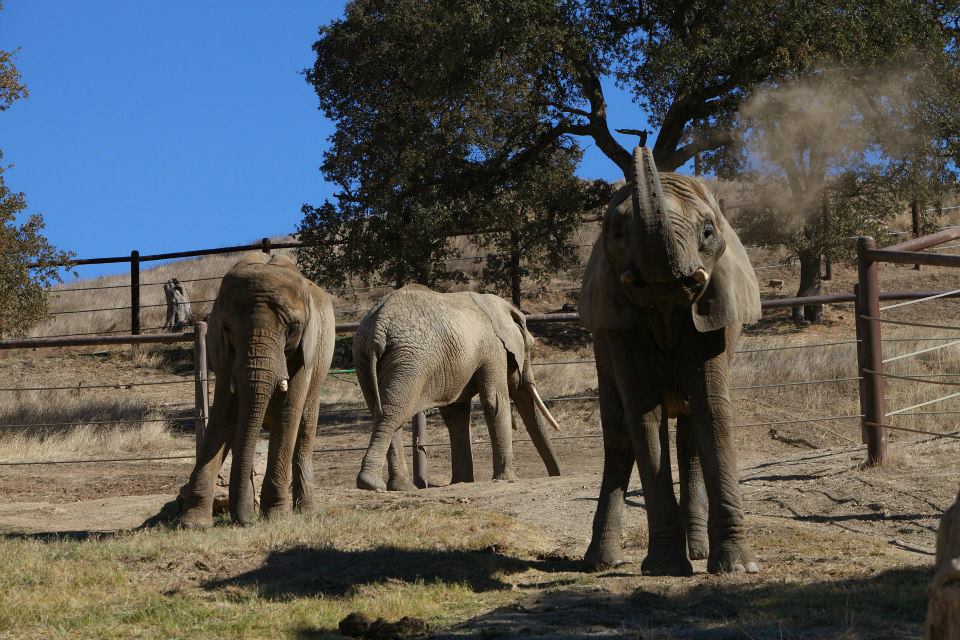 The GTA Star explains the incredible scene that unfolds upon seeing these three elephants at PAWS: “Iringa buries her head in the ground and kicks her foot up in the air as she bathes in the steady stream. Toka wiggles down in the mud, throwing dirt with her trunk, basking in the oozing slime.”

Ed Stewart, the co-founder of the PAWS Sanctuary, explains, “Natural behavior is exhibited [in these three elephants] a lot, like every single day … Every day they resemble elephants in Africa.”

Iringa and Toka were both captured from the wild of Mozambique, both were only two-years old at the time, although seemingly the 40 plus years in captivity have not damaged their memory of the wild one bit. Thika, was born at the Toronto Zoo. Both of her parents died prematurely, her mother was 38 and her father was only 20.

Thika has only ever known life in a zoo environment, but that hasn’t seemed to slow her down from learning how to thrive in the sanctuary’s wide-open space. 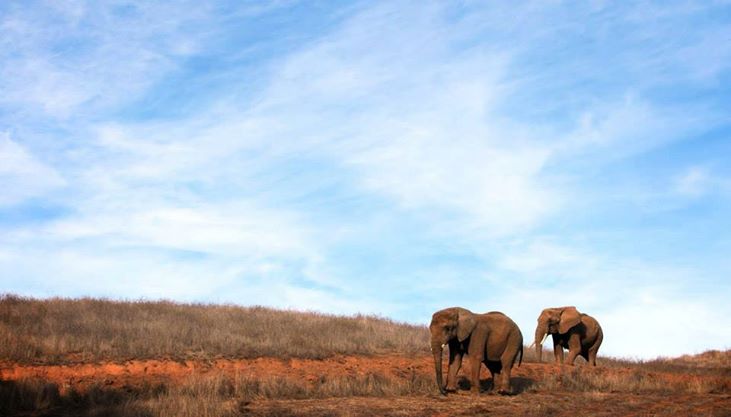 You can certainly tell if an environment is right for an elephant, if in comparison to their surroundings these gentle giants look small. 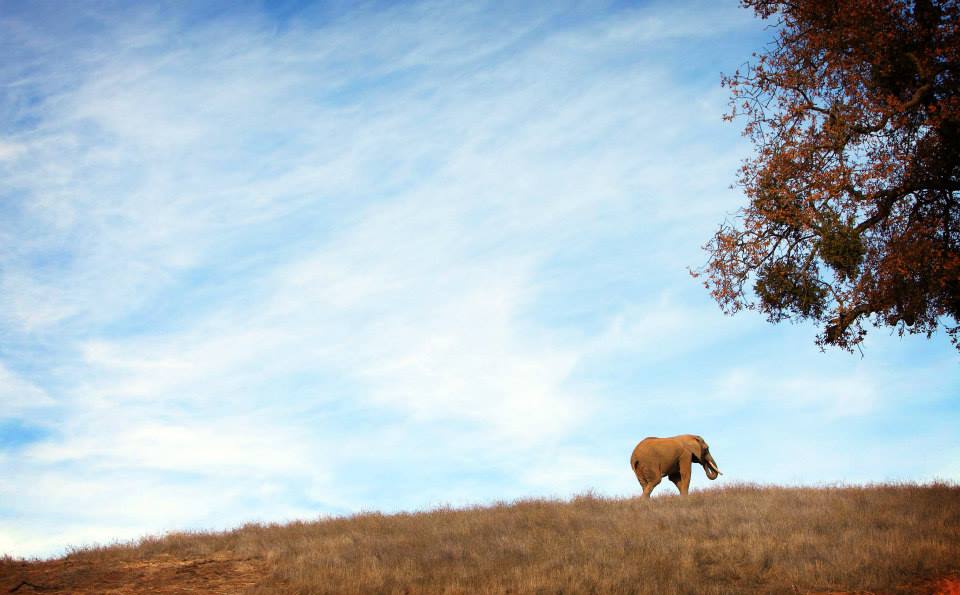 Stewart explained to the GTA Star, of all three elephants, Thika is the most active.

“Thika is up and down the hills all over the habitat. The steepest hills up to the far reaches of the enclosures, and down in the trees. Sometimes we have to go find her; we don’t even know where she wound up.” 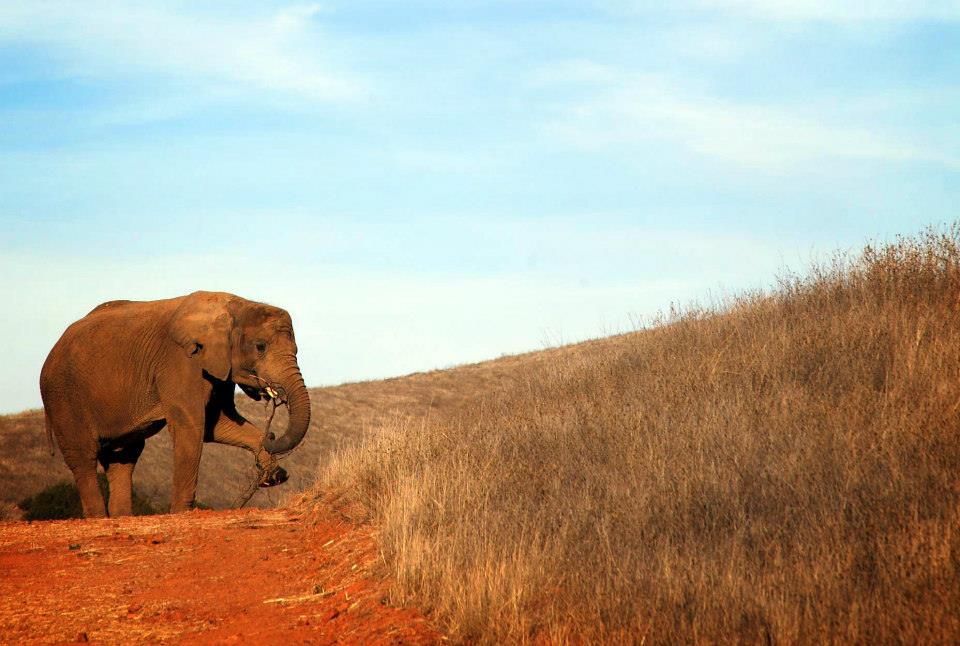 In the wild elephants rub their tusks against trees and effectively construct the landscape, trimming back branches and removing overgrown shrubs and saplings.

Emancipated from the confines of her zoo enclosure, Thika has no problem learning the wonders of what it is to be a free elephant. Check out Thika exploring this tree. 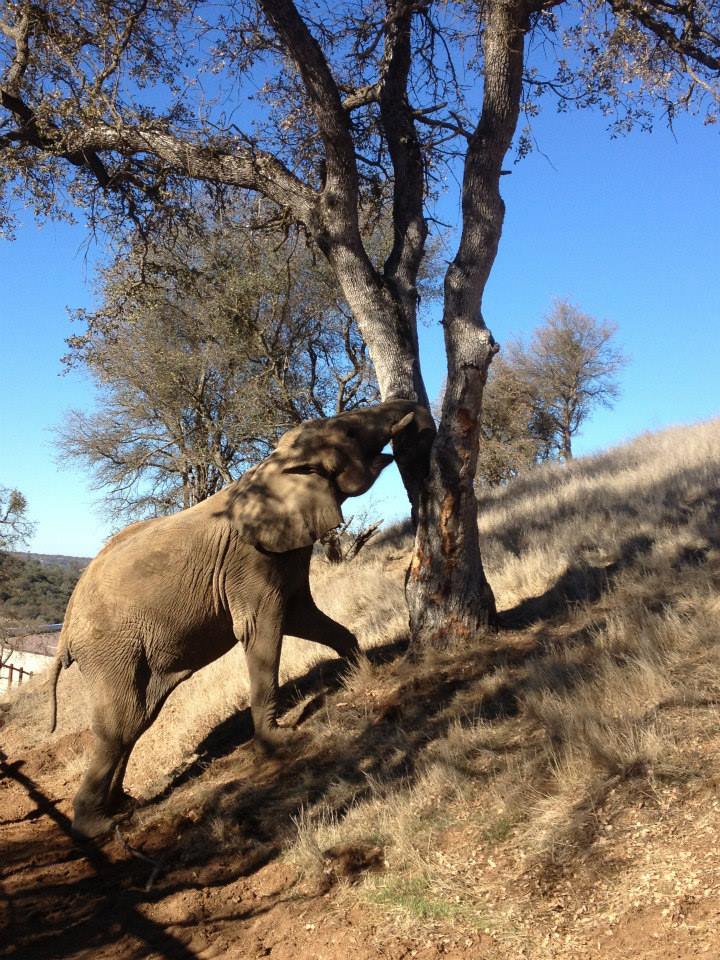 Toka, Thika, and Iringa live separate from the eight other elephants that reside on the property. They are able to interact with these other friends across a divide and they will often smell one another or put one another’s trunks in their mouths, however, after noting some social issues exhibited by these three at the Toronto Zoo, Stewart is in no rush to introduce all the elephants into a single environment. 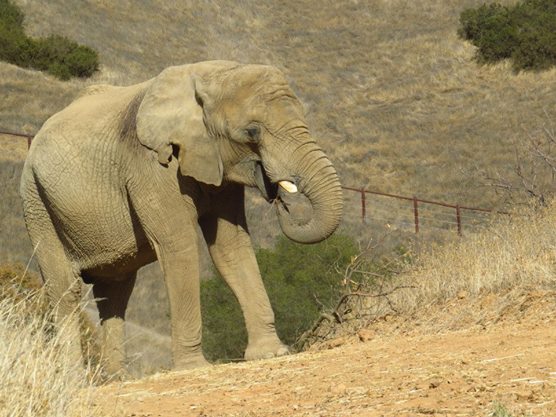 But Thika, Toka, and Iringa have one another for company. Thika does not always get along with Iringa and Toka, which is considered normal for elephants who come from an environment when they were forced to live crammed against one another for long periods of time. Just think about how irritated you get when you have to ride in a tight bus with a person you don’t particularly care for … except times 100.

Thankfully, given the range of the property, the elephants can enjoy their space when they need it, and spend the day snacking on grass and interacting with their loving caretakers. 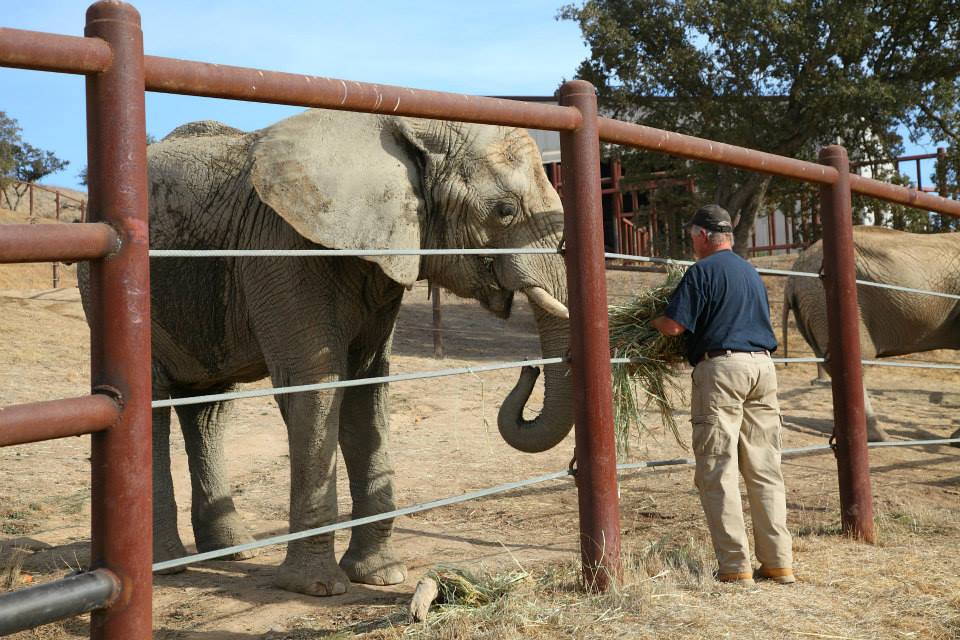 A Happy Ending for Three Elephants

Thika, Toka, and Iringa are able to enjoy this spacious habitat and express themselves as elephants for the first time in nearly 40 years, all thanks to the hard work of activists who lent their many voices to their plight.

While these elephants will not likely ever see the wild from which they were taken from (for Iringa and Thika) again, they can at least enjoy their freedom at the PAWS Sanctuary.

These beautiful creatures should have never been removed from their native lands, but their story serves as a reminder for us all of the real cost of our entertainment. So, next time you consider attending a wild animal zoo, circus, or exhibit of any kind, ask yourself: is an hours worth of my own entertainment really worth their freedom?