Ten years ago, a study revealed that participants surveyed perceived the function of zoos’ as primarily centered around conservation. And why wouldn’t we believe that? Zoos all around the country boast their involvement in increasing biodiversity and protecting species from extinction. Many U.S. zoos are large, modern and attractive, and make substantial increases in revenue each year. With all those resources and a plethora of wild animals, how could they not be making a meaningful impact to conservation? To fully understand how and if zoos contribute to the conservation of wild animal populations, there are a few details that need teasing out.

Firstly, not all zoos are created equal. In the U.S., most of the larger zoos are both licensed by the U.S. Department of Agriculture (USDA) and are accredited by the Association of Zoos and Aquariums (AZA). While the conditions that animals in these zoos experience may not hold a candle to what their lives would have been like in the wild, AZA accredited facilities are at least committed to financially contribute to global conservation efforts.

However, there are approximately 2,800 “animal exhibitors” licensed in the United States with the USDA, but less than ten percent of these are accredited by the Association of Zoos and Aquariums (AZA), who require each establishment to meet a series of standards involving the animals’ environment, social groupings, health and nutrition. These zoos are more like roadside attractions that breed and keep animals in any condition that they see fit. Usually, these facilities generate profit by charging visitors for tours or photos with their animals.

Which begs the question of if an AZA-accreditation really encourages conservation, and if any form of zoo can truly contribute to the preservation of a wild species? 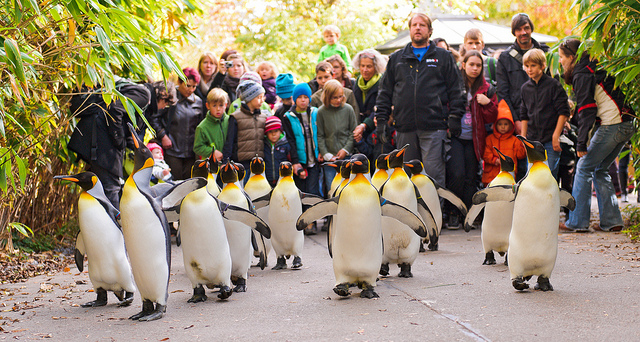 Many non-AZA accredited establishments do advertise their involvement in conservation. The aquarium Dolphin Connection, located within a Florida resort, has “supported” academic research on dolphins since 1992. Research topics included health, behavior, stress parameters and breeding. They wish for the public to gain hands-on experience with dolphins, thereby increasing the public’s concern and appreciation for marine life and habitats (the efficacy of this “research” is highly suspect). North Georgia Zoo promotes its involvement in kangaroo conservation via “education and selective breeding,” even allowing guests to hold young joeys. Idaho’s Pocatello Zoo offers “Zoo Camp” to children aged seven to 11, where they are able to learn about wildlife and conservation.

Many accredited establishments offer similar programs. The Dakota Zoo in North Dakota offers an “Animals Hands-On” tour that offers guests the chance to get up close and personal with their favorite animals. The Central Park Zoo in New York, runs “Junior Keeper” programs for kids and teens that give them the chance to interact with the zoo’s animals alongside the professional keepers. Additionally, this zoo also offers “Pajama Parties at the Zoo” for kids ages four to 10. These are only a few examples of the different interactive programs offered in AZA zoos across the U.S.

Sadly, all of these programs involve using the animals as teaching props in an effort to spawn interest in their conservation. A study published in the academic journal, Conservation Biology, found that the majority of of students who witnessed animals in a captive, zoo environment walked away from the experience without learning anything about the wild animal population or conservation of their natural habitat. Seeing as most of the animals involved in these programs will never be released into the wild – and in the case of the non-AZA zoos, no funds are being allocated to wild species conservation – the conservation message falls incredibly flat. Whether they fall under the AZA umbrella or not, these establishments are little more than venues for animal exploitation.

What About Captive Breeding and Reintroduction Programs? 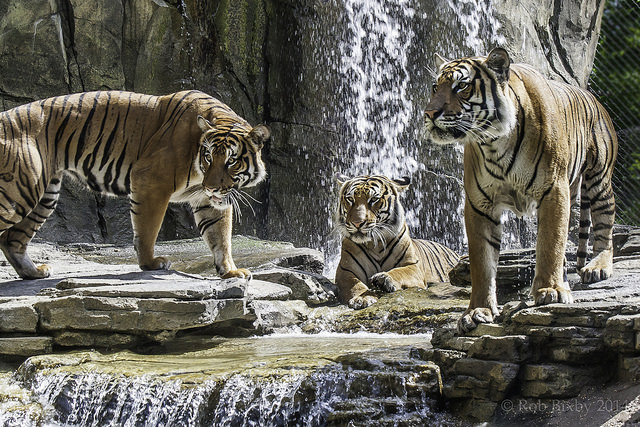 AZA-accredited establishments support the conservation of certain amphibians, apes, Asian wild horses, tigers, elephants and marine mammals, as well as captive breeding-based reintroduction programs. Just a few days ago, AZA announced the implementation of a new program embraced by all of their accredited zoos and aquariums; Saving Animals From Extinction, “SAFE.” From a list of over 100 species “facing serious threats,” AZA has selected ten which will become this year’s focus. A further ten or more will be added each year. This year features iconic animals such as African penguins, Asian elephants, gorillas and cheetahs.

While species-based conservation in zoos is certainly exciting and glamorized, it may not be as feasible or effective as is made out. Working “ex-situ,” or “off-site,” to conserve a single species (controversially, these are usually large, colorful, diurnal mammals) requires finite resources and does little to address the problem of declining biodiversity (for example, by the time a zoo has a reintroduction program ready, it’s natural habitat may be destroyed).

Reintroduction programs are long-term, expensive and complex. The Zoo Inquiry compared finances associated with in-situ and ex-situ conservation efforts for the black rhino. It stated that the annual captive maintenance of black rhino per animal is $16,800, while the annual cost of protecting appropriate wild habitat to support one rhino is $1,000. In the case of elephants the Inquiry found that it can cost 100 times more to maintain a group of elephants in captivity for a year than to conserve a similar group, and their entire ecosystem over the same time span.

In addition, their effectiveness comes into question. A recent study found that animals who are bred in captivity prefer to breed with their captive-bred counterparts rather than wild ones. Essentially this means that even when captive bred animals are released into the wild they are less likely to assimilate into wild populations and contribute to the resurgence of a species.

While certain zoos did have a big role in the reintroduction of black-footed ferrets to various regions in the U.S. (first release in 1991) and Przewalski’s Horse in Northwest China (first release in 2001), after 24 and 14 years respectively, neither of the species are yet self-sustaining.

There are zoos out there whose conservation efforts are effective, and those zoos should be applauded. But do zoos do as much as they allege? Or are exaggerated conservation claims just duping us into believing that wild animal breeding, captivity and exhibition is justified? We know that the majority of the zoos in this country are not accredited by the body which requires contribution to conservation, and of those that are, it seems that their efforts are mostly ineffective.

Not to mention the fact that animals kept in zoos show abnormal, repetitive behaviors (stereotypies) in order to cope with their deprived lives, that zoos have been known to harmfully inbreed animals for profit only, that zoo animals experience higher mortality rates and shorter lifespans than their wild counterparts – the list goes on.

The negatives associated with keeping animals in zoos far outweigh the positives, leaving us to conclude that zoo-based conservation programs can never really be effective at restoring wild animal populations. As Green Monsters, we can help to protect and conserve animals by opting to support organizations that work toward preserving wild animal habitats and biodiversity. No animal should have to by exploited in a zoo for the sake of “conservation.” Be a Green Monster, know the difference.