Will Humanity Rise to the Defense of Elephants? 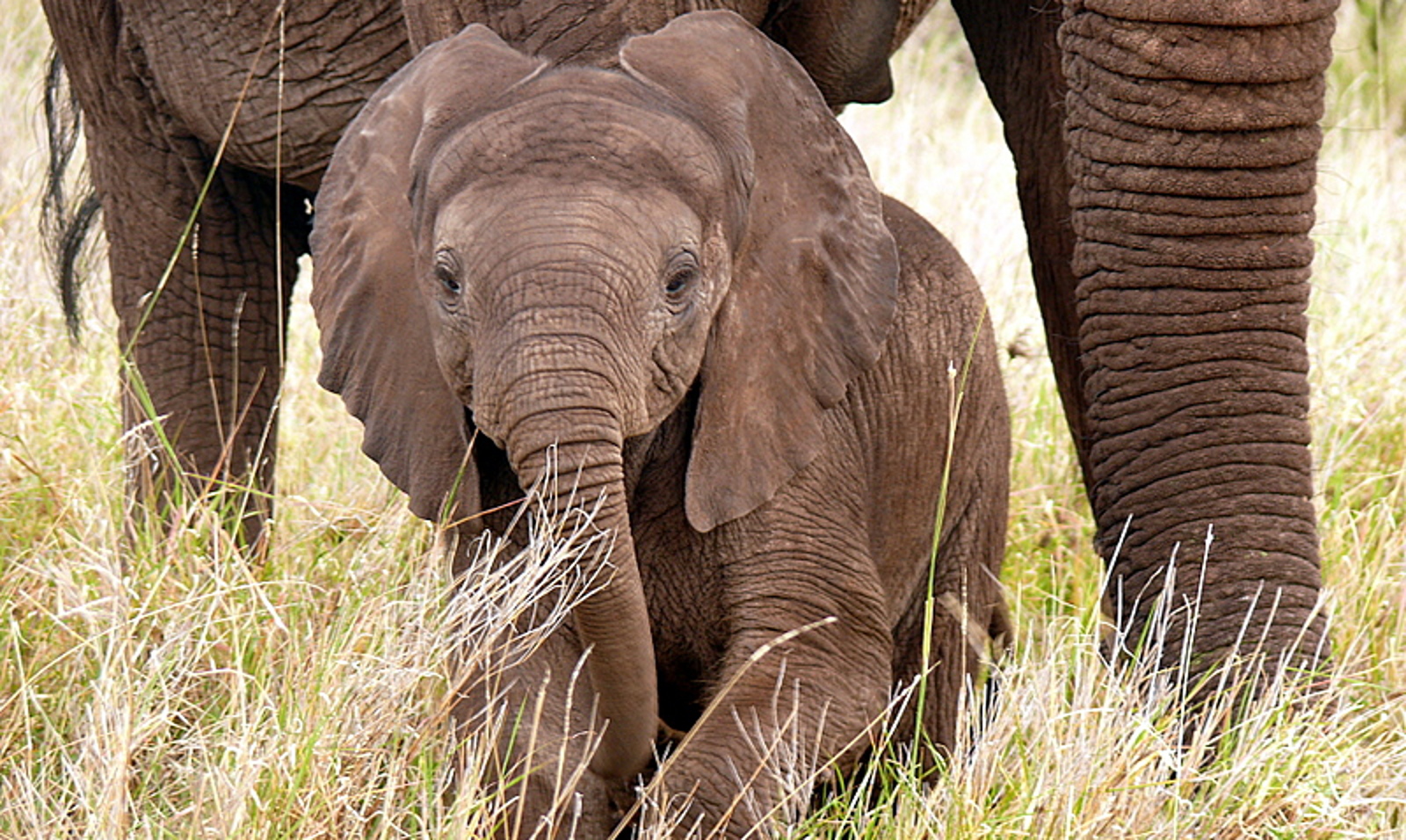 The New York Times published a Sunday editorial celebrating the latest progress for chimpanzees – an announcement two weeks ago from the U.S. Fish and Wildlife Service that all chimps, including the captives, will be listed as endangered. This announcement, which comes after The Humane Society of the United States (HSUS) petitioned for it, will have game-changing implications for these great apes used in entertainment, roadside zoos, the pet trade, and laboratory experiments. It comes just two years after The HSUS worked with the National Institutes of Health on a promise to retire the vast majority of government-owned chimps from invasive experiments and send them to sanctuaries. We are now working to make that retirement a reality.

There is another extraordinarily intelligent, highly charismatic species living in Africa (and also Asia) that has been subjected to intense exploitation, and whose fortunes we must turn around: the elephant. The HSUS and Humane Society International are now fully engaged in a comprehensive campaign to bring relief to elephants, both wild and captive, by working through a wide variety of governmental and non-governmental channels.

Here are some of the ways we are confronting the problems that elephants face head-on:

1. Urging the Government to Help us Stem the Ivory Trade and Poaching

Last year, we led the effort in New Jersey and New York to enact laws prohibiting the sale of ivory and rhino horns – the first such state bans in the United States. Now we are pressing the case in California, where a bill is advancing, and also in Washington state, where we are teaming up with Microsoft co-founder Paul Allen for a ballot initiative this November to ban any trade in elephant ivory and nine other species of imperiled wildlife.  We are gearing up for legislative fights in Massachusetts and other states. We are backing federal legislation, the Global Anti-Poaching Act (H.R.2494), that passed in the House Foreign Relations Committee this week, and we’ll be pushing for a similar Senate bill to make wildlife trafficking violations predicate offenses under the Travel Act, and money laundering and RICO statutes. We are working to defeat a rider in the House Interior appropriations bill that would block the Fish and Wildlife Service from regulating the domestic ivory trade. We are also engaging the Chinese government and the Chinese public to support a ban on that nation’s domestic ivory trade that the government recently announced, and we are making the same request of Hong Kong.

2. Outreach to the Chinese Communities in Africa

Illegal shipments of ivory from Africa are often intercepted by law enforcement officials. Invariably, these shipments involve a Chinese connection and the involvement of Chinese nationals who are working, or have business interests, in African countries. Humane Society International (HSI) has inaugurated an innovative project in Kenya that engages the Chinese community to halt its participation in elephant poaching and trafficking of ivory through education.

3. Upgrading the Legal Status for Elephants

The HSUS and other organizations submitted a voluminous and meticulously documented petition to the Department of the Interior to list the African elephant as an endangered species under the Endangered Species Act (the species is listed as threatened now). An “endangered” listing would essentially prohibit the import of, and domestic trade in, elephant parts, including ivory. The Fish and Wildlife Service has already banned trophy hunters from importing trophy tusks from elephants from several countries. It just makes no sense for the United States to call upon Africans to stop killing elephants for the tusks but to allow Americans to do so. That reflects no moral leadership or authority, but rather an opportunistic and selfish form of moral parsing that enables continued exploitation of these animals and further threatens their survival.

4. Stopping the Abuse of Elephants in Circuses

This year, the nation witnessed the momentous announcement from Ringling Bros. circus that it would phase out its use of elephants in traveling performances. We are backing local ordinances in cities throughout the United States to forbid other circuses from continuing to use elephants in this way and to close the chapter on entertainment-based exploitation. This week, a bill in California to ban the use of bullhooks – the nasty implements resembling metal fireplace pokers that handlers use to beat and dominate elephants – will be up for a key committee vote, and we are urging lawmakers to pass it.

HSI is working to help the world’s largest population of captive elephants – 130 working elephants in the city of Jaipur – who haul around tourists to see a palace at the top of a hill. When I went to India three years ago, to announce the opening of our office, I was struck by the poor conditions, the endless workload, and the absence of any professional veterinary care for these animals. One local animal welfare leader said if one of these elephants goes down, there’s no one to provide help or care – and one poor creature languished for days before she expired. Our Jaipur Elephant Welfare Project, or JEWEL, works with elephant owners and workers to improve the quality of life for elephants. We even supplement the income of the mahouts when the elephants desperately need a day off.

HSI continues to work with The Jane Goodall Institute in China to raise awareness, especially among the young generation, about the devastating consequences of the ivory trade and the need to eschew ivory products. In light of China’s booming religious ivory market, HSI also continues to support our Buddhist advocates’ outreach to major Buddhist leaders and temples across the country.

While the major problem for elephants is that they are being killed at an unsustainable rate, there are local populations, particularly in small parks in South Africa, where fenced-in elephant populations have outgrown the space they have to live in. Up until the mid-1990s, managers culled entire elephant families in response to these circumstances – a bitter and awful outcome for these poor creatures. Since then, The HSUS and HSI have pioneered the development of a remotely administered contraceptive vaccine (delivered by a dart gun) that is safe for the elephants, reversible, and very effective.  This vaccine is now being used by most private conservancies in South Africa, all the KwaZulu/Natal parks, and one national park. Currently, 500 elephants are being contracepted annually and we expect demand to double in the near future.

Fighting to Save Elephants

Your HSUS is known for many things – leading the fight against dog and cock fighters, puppy millers, factory farmers, horse slaughterers, captive hunters, seal clubbers, and so many other exploiters of animals. But we are also fighting for sharks, chimps, whales, rhinos, wolves, and so many other species at risk of extinction and subjected to cruelty. And when it comes to elephants, we don’t forget any group that abuses them, and we’ll be fighting them day in and day out until justice is served.