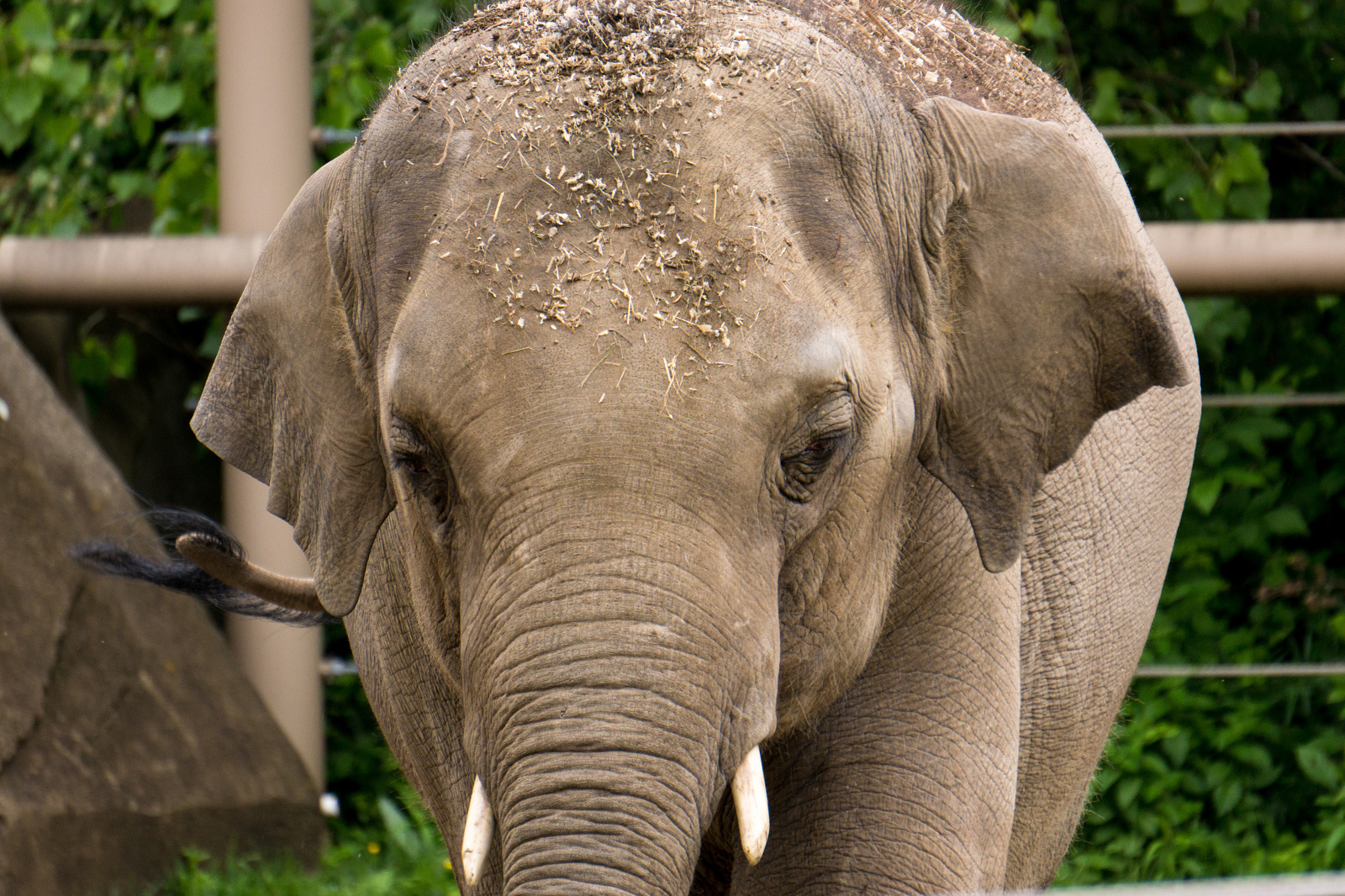 Elephants — sensitive, social, and highly intelligent — are simply ill-suited for captivity. In the wild, elephants thrive in large family groups, with their physical and psychological needs met by life in the environment in which they have evolved to live. In zoos and circuses, it is clear that they suffer physically and psychologically, doomed to boredom, anxiety and an unnaturally shortened lifespan.

Let’s be clear: captivity does not benefit elephants. It only hurts them.

Elephants in zoos also have a higher mortality rate and lower breeding rate than wild elephants, which results in unsustainable captive “populations.” For example, in the past year alone, nine Asian and African elephants have died in zoos accredited by the American Association of Zoos and Aquariums (AZA), while only two elephants have been born.

Young elephants in particular suffer a high mortality rate, with a significant proportion passing away from a disease known as Elephant Endotheliotropic Herpesvirus (EEHV). Since 1978, EEHV has caused the death of approximately 25 percent of Asian elephants born in North America. (Although there is some evidence of EEHV in wild Asian elephants, it has not been shown to cause as many deaths to wild elephants as it does to captive elephants.)

Psychologically, captive elephants suffer from stress and deprivation and may display stereotypic behavior — repetitive behavior that appears to have no obvious goal or function, other than as a coping mechanism for the misery and monotony they endure. A recent study of elephants by the AZA found that approximately two-thirds of captive elephants exhibit stereotypic behaviors such as head bobbing, weaving, and swaying. These behaviors are acknowledged as an indicator of past or present welfare problems.

So, what happens when captive elephants have a high mortality rate, low breeding rate and small group sizes in an aging population? The result is that many end up living alone. Solitary confinement is a cruel, undeserved sentence for these complex, innocent animals.

The Miserable Life of Solitary Elephants

This unfortunate fate could not be farther from how elephants live in their natural habitats. Wild female elephants spend their lives in closely-bonded matriarchal groups. But, because captive facilities lack the resources to house herds of elephants in stable groups in spacious environments, the majority of captive female elephant groups consist of fewer than four individuals. A study published in 2009 found that one-fifth of elephants held in the world’s 194 zoos either lived alone or with only one other elephant. And, in Europe, as many as 15 percent of female elephants in circuses and 5 percent in zoos, are housed alone.

The zoo and circus industries attempt to justify the solitary confinement of elephants by pointing to potential disease risks, behavioural problems, lack of suitable companions, or inadequate facilities for multiple elephants. But, the fact remains, no elephant should fall victim to a facility’s shortcomings. There is no excuse for condemning an elephant to a lifetime of miserable solitude. No amount of money; no rationalization of “entertainment” value; no misguided goal of “conservation.” It’s mistreatment, plain and simple — and it’s indefensible.

Some North American zoos, including the Toronto Zoo and the Detroit Zoo, have decided to phase out their elephant attractions. And, internationally, the Indian government has banned the keeping of elephants in zoos. (Plans are currently underway for the existing elephants to be consolidated into larger groups.)

Some lucky “retired” elephants are relocated to specialized sanctuaries, like the Performing Animal Welfare Society’s (PAWS) Ark 2000 sanctuary in California, where they engage in natural foraging and social behaviors. But, these sanctuaries are few and far between; not a single one exists in all of Europe.

Of course, the most desirable course of action would be to phase out holding elephants in captivity altogether.

The path seems obvious — improve standards of care for existing captive elephants; transfer them to accredited sanctuaries; stop zoos and circuses from bringing new elephants into captivity; and teach the public that this is a brutal, inappropriate form of “entertainment.”

The biggest injustice is knowing what is right … but not acting accordingly.