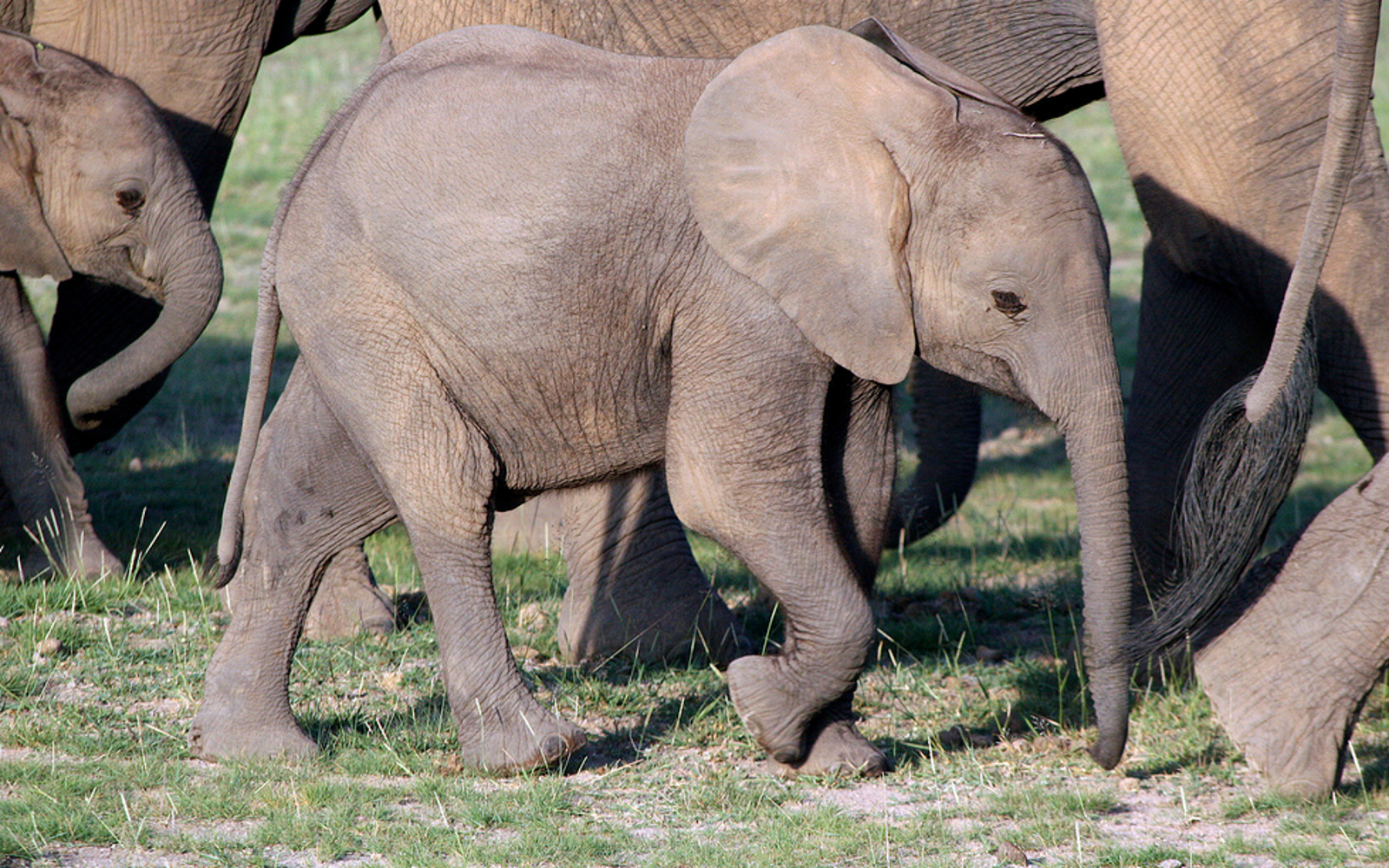 Developing knowledge and understanding of wild animals is the key to conservation efforts. When people learn about animals and their complex social structures and emotional capacities, they begin to sympathize with wildlife and therefore are more inclined to want to protect them from human threats – such as habitat encroachment, pollution or poaching. This knowledge helps people to draw the connection between the mourning elephant calf who has just lost her mother to an ivory poacher and the pristine white trinket they purchased as a souvenir.

One of the many ways that people learn about animals (or at least think they do) is by visiting zoos. Many zoos operate the guise that their captive breeding programs help to preserve species and that putting animals on display is a form of conservation. But, in reality, zoos purchase their animals, taking them from their wild habitat and forcing them into captivity to generate a profit. These animals are deprived of their natural social structures and behaviors, and consequently reduced to mentally and physically distressed stand-ins for the animals they should be. It has been proven that zoos do not have any educational value for children. Further, as a growing scandal in Zimbabwe has proven that transporting wild caught animals into captivity is not for the animals protection, but rather for a government pay-off.

The Monetary Motive Behind Live-Capture

Every year, up to 50,000 African elephants are poached for their ivory. If nothing is done to combat poaching and other threats to the elephant, it is predicted that the African elephant population will be extinct from the wild within our lifetimes. Not only are elephants incredibly intelligent and emotional animals, but they play a major role in maintaining healthy ecosystems. The loss of the elephant would undoubtedly be devastating to the African landscape. When adult elephants are poached for their tusks, they often leave behind orphaned calves who cannot survive in the wild without proper care.

These elephants are the key to preserving the wild elephant populations, so it is integral that they be cared for by people and organizations who intend on releasing them back to wild once they are strong enough. However, in Zimbabwe, the Parks and Wildlife Management Authority (ZPWMA), seems to have another idea.

According to a report in The Guardian, the ZPWMA has captured, “several dozen baby elephant for export to zoos in China and possibly also the Middle East.”

Johnny Rodrigues, director of Zimbabwe Conservation Taskforce, explains that the elephants captured by ZPWMA were all between two and five years old. The elephants are being sent in container trucks to Mozambique where they will be transported to a livestock freighter headed for China.

In the wake of their parents, elephant calves can be taken in by other herd members and cared for within their close-knit family unit. Calves taken from their herds and sent to live in zoos experience extreme mental and physical distress. There is no guarantee that the baby elephants will be accepted by the other elephants living in the zoo and if they do not learn to survive in the wild at a young age, these elephants will never be able to be released into the wild.

So, are zoos really looking to protect and conserve these young elephants? Or, use them as a draw to pull in visitors?

In the eyes of Zimbabwe officials, the true motive behind the export of these animals is much more apparent. According to The Guardian, a top official stated, “We are not interested in wildlife … we want cash.” Further, President Mugabe has said on record that “[wildlife] needs to start paying dividends.”

The export of these baby elephants is not illegal, however, if we hope to conserve the wild elephant population … it should be.

In the case of these several dozen orphaned elephant calves who have been captured from the wild and sold into captivity, poaching and the zoo industry seem to have worked together seamlessly. You might think that by not buying ivory products you are doing your part to protect the world’s elephants, and while this is a good start, if you still patronize zoos, you might be fueling the destruction of the elephant population just as readily.

It might seem like common knowledge that elephants who appear in your local zoo came from the wild, when you understand how they got to be in captivity – suddenly it doesn’t seem to be such an educational experience after all. Zoos aim to teach us about wild animals and their natural habitats, but what they feature is a sad replica of a “natural” environment and animals who have been forcibly removed from their families and lives to be put on display for profit. No animal should have to generate income for humans in order to be considered worthy.

Zoos are motivated by profit, and people who sell wild caught animals into captivity are similarly motivated. By boycotting zoos (and all wild animal attractions) you can help to ensure that your money is not fueling this cruel industry. The elephant population needs as much help as we can possibly give it in order to survive. Share this post and tell others what you have learned to help put an end to elephant exploitation!