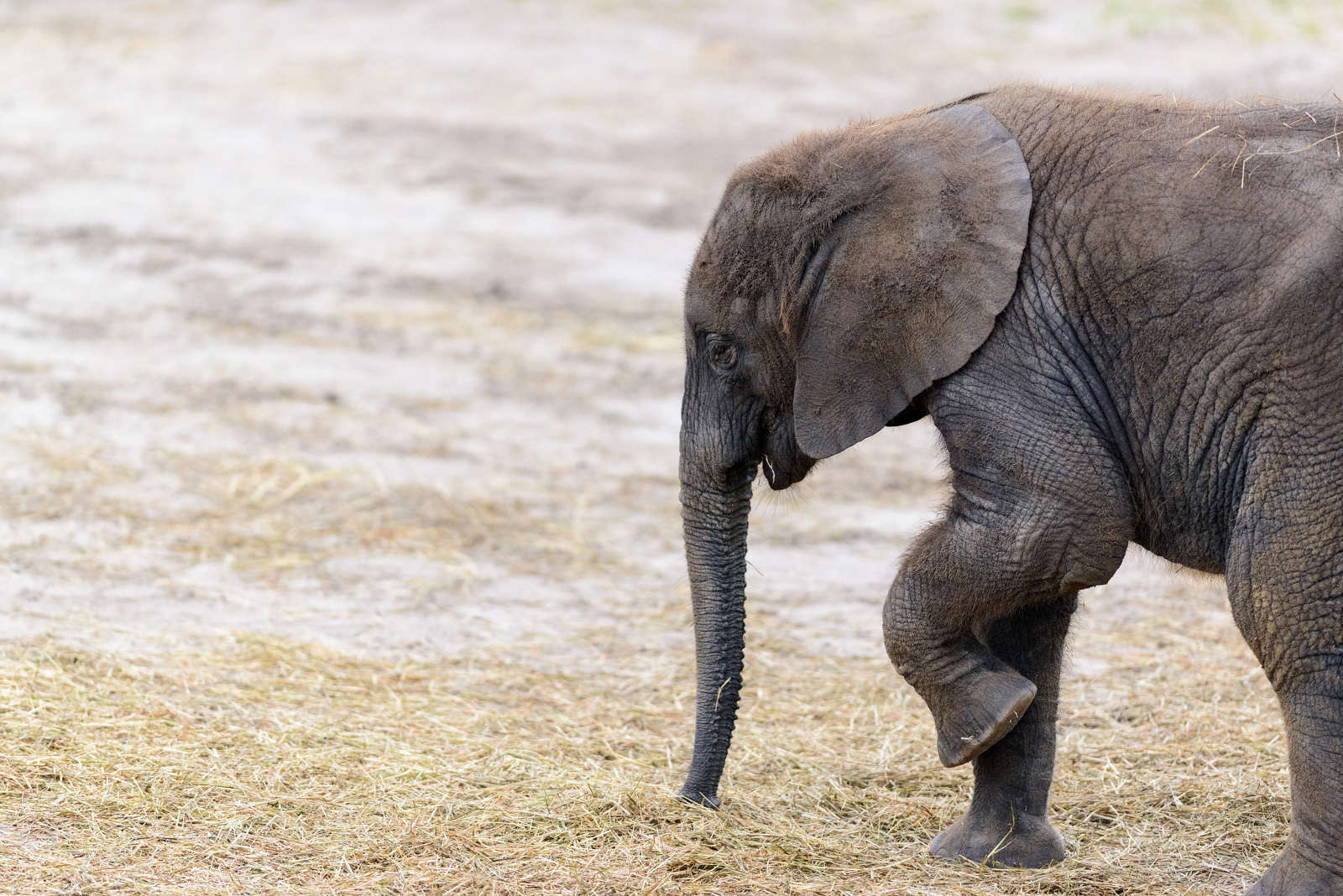 While the poaching crisis that is destroying elephant populations and societies across Africa dominates the news, international conservation efforts, and political discussions, an insidious form of elephant trade persists. Born Free has learned, with shock, that some two dozen elephant calves, captured in Zimbabwe’s Hwange National Park, have now been unceremoniously shipped to China.

These young elephants, ripped from their family herds, who once thrived in the wild where they belonged, are destined for a shortened life in captivity. They will be confined on unnatural substrates, prevented from engaging in the daily behavior that makes them elephants — walking for miles, rubbing the bark off countless trees, foraging for natural vegetation, playing with their friends, and living, and ultimately dying, in the wild with their families.

While calls persist for more and more to be done to stop the international trade in elephant ivory — as it should be — this horrific trade in live animals is largely ignored. More than a decade ago, U.S. animal groups fought unsuccessfully to stop the import of elephants from Swaziland to two zoos in the U.S., having found an alternative natural home in southern Africa instead. But, it seems that, to some, elephants represent nothing more than a commercial product to be bought and sold, shipped and confined, wherever the opportunity surfaces.

An elephant in a zoo loses everything that makes him or her an elephant. For the world to stand by idly while this atrocity befalls these magnificent individuals is heartbreaking.

Zimbabwe’s government ministers have indicated that many more elephants and other animals might be similarly captured from the wild, to be crated up and shipped off to the highest bidder. It is highly unlikely that our voice will ever be influential enough to convince government officials in Zimbabwe to stop cruelly exploiting their wild animals in this way; it is equally unlikely that authorities in China will say “no” to importing more animals to zoos and parks, where they stand to generate a lot of money for a few individuals. But, we should still make our voice heard loud enough so that policymakers, such as the government representatives participating in the Convention on International Trade in Endangered Species (CITES), will do much, much more to crack down on the live elephant trade, as they may do on the ivory trade.

Born Free will work with colleagues in Zimbabwe, in China, and everywhere elephants are being caught in the wild or exploited in captivity to ensure that their horrific confinement is fully exposed — and, I hope, never replicated.

They deserve nothing less.