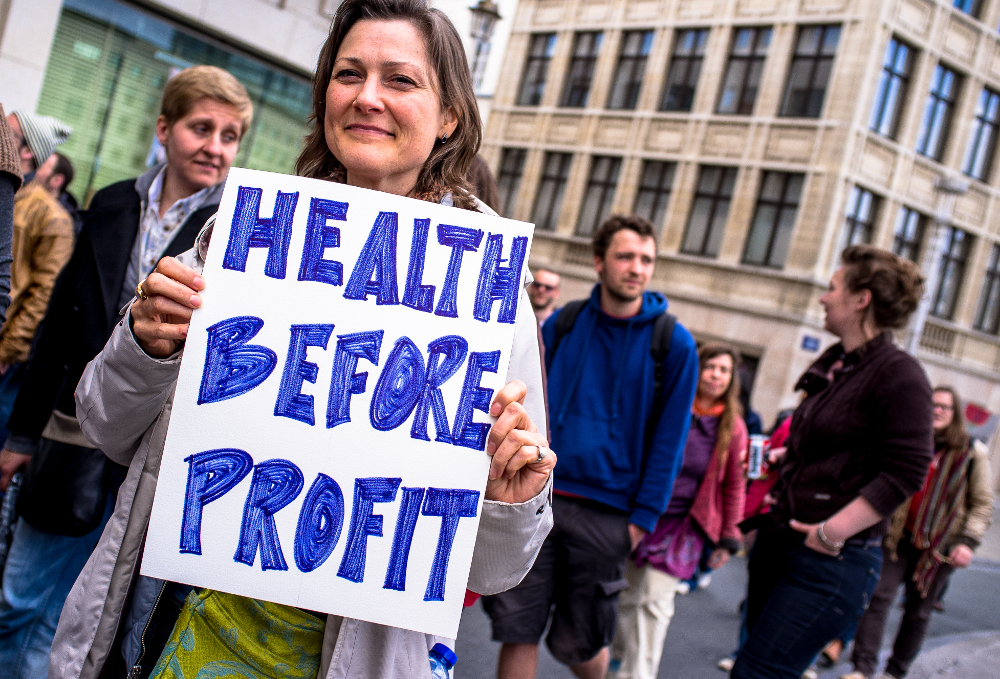 One of the most gratifying aspects of being the co-founder of One Green Planet (among a very long list) is reading comments and emails from readers who have just learned a startling new piece of information that they were previously unaware of. This happens daily, and can range from someone discovering what scary and unnatural ingredient is lurking in the food they love, to finding out how one simple, unconscious consumption choice can have devastating consequences on the environment and the lives of animals.

What makes these comments and emails especially great to read is the flood of emotion that pours out of nearly every word. Anger, disbelief, frustration, despair, and even guilt are common themes. But the most important takeaway in nearly all these messages is the honest and heartfelt desire to help bring about some sort of change – to take action. What our readers are essentially telling us is that we’ve struck a nerve. We’ve helped plant an activist seed. We’ve unleashed a green monster!

Judging from reader feedback alone, there was a whole lot of unleashing in 2013, with the focus on a range of issues impacting human health, animals, and the environment. But what will the brand new year bring? Which issues have the potential to gather even more steam, penetrate the hearts and minds of millions of people and wake up the inner change maker in them?

Here’s my list of the big 5 issues that will continue to dominate the headlines and are worth fighting for in 2014. Is this list an exhaustive one? Hardly. There are literally dozens of great food, animal, and environmental causes to get behind that aren’t listed here and you can read all about them on One Green Planet in the months ahead.

One of my personal resolutions in 2014 is to ensure that One Green Planet does the greatest job of informing you about the biggest and most impactful issues that all you Green Monsters need to get behind. If you have a cause you want us to talk about, email me. We’ll be your megaphone!

The facts are clear. Numerous polls show that 90 to 95 percent of Americans support mandatory GMO labeling, yet recent efforts to pass state laws in California and Washington mandating labeling of GMO foods failed. Big food companies made this happen by pouring millions ($22 million in Washington and $45 million in California to be precise) to spread myths about GMO foods and sway votes at the last minute.

So is the GMO labeling and transparency war over? Far from it.

Maine and Connecticut have already voted “yes” on GMO labeling bills, and momentum is building in nearly half of all U.S. states, and even at the federal level.  But the most encouraging sign yet is that thanks to the great work being done by organizations like the Center for Food Safety , Food Democracy Now, and GMWatch, as well as campaigns like GMOInside and JustLabelIt, consumers are demanding more transparency and food manufacturers and retailers are responding.

For example, retail giant Whole Foods announced that it plans to have all GMO foods sold in its stores labeled by 2018. This is not only great for those who shop at Whole Foods, but it also means that Whole Foods’ 5,000+ suppliers (many of whom sell their products in stores besides Whole Foods) have a choice to either label their products, or switch to non-GMO ingredients, thereby bringing about transparency even without any laws mandating labeling. Because of this momentum, the overall market for non-GMO products is expected to be worth $800 billion by 2017 – doubling the 2012 figure of $400 billion.

So no matter how you look at it, if you’re fighting for GMO labeling and transparency in 2014, there’s a lot to be hopeful about!

In 2013, the documentary “Blackfish” shed light on the horrifying impact captivity has on orcas, and in the process unleashed an entire movement. Not only are marine amusement giants like SeaWorld starting to face significant public backlash, but the issues raised in the film are also sparking widespread interest and discussion on the overall issue of animals in captivity.

Organizations like Oceanic Preservation Society, the Lifeforce Foundation, the Born Free Foundation, among others are helping raise public awareness about this issue, and recent incidents of violence, inbreeding and neglect at zoos are also making people look at the practice of capturing and caging wild animals for our entertainment in a new light.

Further, as the amazing work being done by various wild animal sanctuaries gain further attention and recognition, the “educational” and “conservation” benefits of zoos start to look like mere excuses for exploiting animals for entertainment.

2013 saw several encouraging signs that the tide is turning, from Toronto’s elephants being moved to a sanctuary in California to Costa Rica’s announcement that it plans to shut down its zoos. The use of animals in circuses are also losing favor with recent bans in Britain, Greece, India and proposals in Spain. Expect a lot more attention on these issues and some great progress in 2014 toward a world where it’s not acceptable to cage wild animals, unless we’re rescuing and rehabilitating them.

Big food companies may hate GMO labeling, but they have absolutely no qualms using labels when it works to their advantage, even if the labels have the potential to confuse and mislead consumers. One such example is the use of the label “All Natural” on food products, which became a huge issue in 2013 when PepsiCo’s subsidiary, Naked Juice Co. agreed to pay $9 million to settle a class-action suit and remove the “All Natural” labels from their products. What most consumers were surprised to find out here was the definition of “All Natural” varies considerably depending on whom you ask, and even the U.S. Food and Drug Administration has not developed a definition for use of the term natural or its derivatives.

As if this wasn’t bad enough, even labels like “Organic” are not as clear-cut and you’d like them to be. And then of course, you have the “free range,” “cage free,” and “grass fed” labels that are applied to animal products. These labels may have a feel-good ring to them, but are unfortunately not as amazing as the food producers would like you to believe.

Organizations like the Environmental Working Group and the Organic Consumers Association have done a good job and informing consumers about the meaning of existing labels and campaigning for better ones, but we are merely at the tip of the food labeling iceberg here. You can expect efforts to reign in vague and misleading health and nutrient claims to gather a lot more steam in 2014.

The demand for palm oil has exploded over the past few decades, with devastating consequences to people, animals and the planet. Today, the palm oil industry is worth $44 billion, and nearly half of the packaged products found on grocery store shelves, ranging from peanut butter to granola bars and several organic, healthy and vegan-friendly food items contain palm oil, resulting in displaced communities and deforestation to habitat destruction of orangutans and other animals.

But, thanks to work of organizations like the Rainforest Action Network, and Greenpeace, consumer demand for palm-oil free products is growing. In addition, even the Roundtable on Sustainable Palm Oil, which has proven to be largely ineffective and devoid of all real credibility when it comes to  promoting the growth and use of sustainable oil palm products is attempting to turn a new leaf by adopting a bold new charter.

Most importantly, the industry is finally beginning to take the issue seriously and Hershey Company, one of the largest chocolate manufacturers in the world, recently committed to ensure that its palm oil is “sustainably sourced” and “100 percent traceable” by the end of 2014.

While there are plenty of positive signs, there’s still a lot of work that’s left to be done and this fight is going to be far from over any time soon. Do your part by continuing to put pressure on food companies in 2014 by boycotting products that contain unsustainable palm oil.

Factory farms raise around 99.9 percent of chickens for meat, 97 percent of laying hens, 99 percent of turkeys, 95 percent of pigs, and 78 percent of cattle sold in the United States. Not only do they lead to the mistreatment, suffering and death of billions of animals every year, but they also cause soil contamination, loss of biodiversity, greenhouse gas emissions and land, energy and water wastage. Want to fight factory farming and the big food companies that are selling you processed junk that’s made in a lab? There’s one simple choice you need to make that will have the maximum positive impact on your health, the lives of animals and the planet.

Eating whole plant based foods consisting of real, clean, fresh ingredients that are as close to their natural state is the most powerful antidote to all the packaged, processed, unsustainable, cruel and downright scary food choices that consumers are being inundated with.

Experts like T. Colin Campbell, PhD, Dean Ornish, MD, Caldwell Esselstyn Jr., MD, Neal Barnard, MD and John McDougall, MD are leading the charge in helping take the idea of eating plant-based for health mainstream, and the success of the documentary “Forks Over Knives,” along with the movement it has spurred has also played a significant role in recent years.

The best part about this cause? It’s the most fun (and delicious) one to get behind! Cook more food at home, share your recipes, and spread the word. It’s not about eliminating the foods you love and know, but about embracing new foods that are not only great tasting but also great for you and the planet. Good plant-based food has the power to save the world in 2014, and beyond!