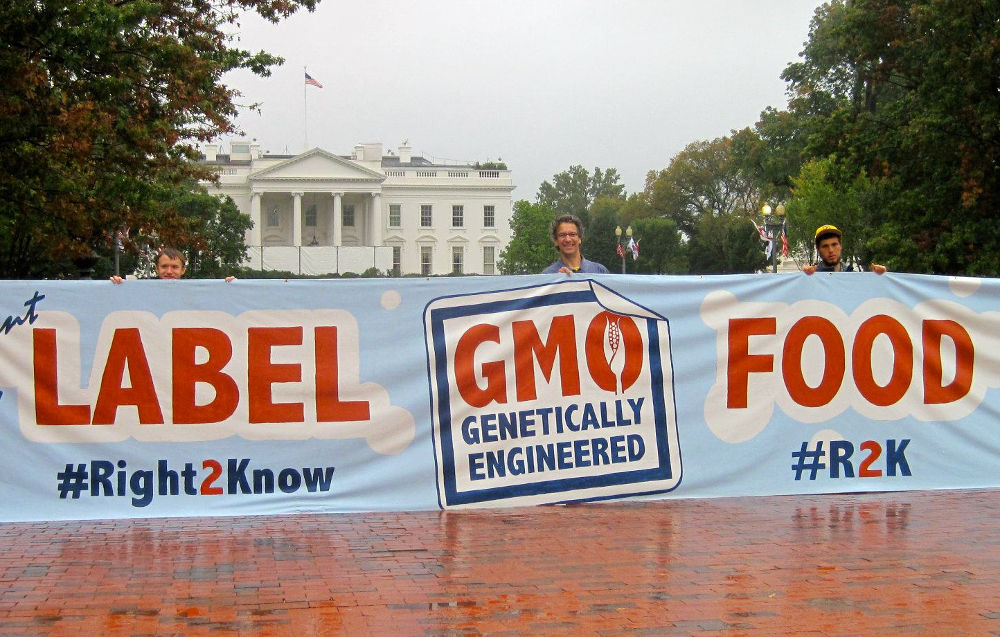 It has been an eventful year for GMO news, from proclamations by scientists around the globe that there is no scientific consensus that GMOs are safe for human consumption to a narrow loss of a bill that would require GMO labeling in Washington state to the signing of a bill in Connecticut to formally commemorate the state’s approved GMO labeling initiative.

Recently, even more has happened: the Grocery Manufacturer’s Association has asked the FDA to allow natural labels on GMO food products and the Center for Food Safety has proclaimed that half of all U.S. states are working on labeling plans. And this is all just the tip of the GMO iceberg!

Now, a letter has surfaced this week that will move us in further into the fight for U.S. GMO labeling in the new year: Senator Dianne Feinstein of California has issued a letter to President Obama asking him to take administrative action to require labeling of GMO foods and ingredients.

GMO labeling at a federal level? Now that’s a New Year’s resolution we can buy in to!

Feinstein writes, “It is my strong opinion that consumers have the right to know whether their food originates from genetically modified organisms. Your administration should re-evaluate the Food and Drug Administration’s outdated policy that genetically engineered food does not need to disclose this fact on required labels.”

While individual states have been working to impose state-wide GMO labeling initiatives, Feinstein urges Obama to consider the issue at a federal level, considering that “consumer interest in whether their food is genetically engineered has increased dramatically, as a poll conducted by the New York Times in July found that 93% of Americans favor GE labeling.”

She asks the President to help move the FDA to change its “outdated” policies because, “given these facts, I believe that genetic engineering is clearly of material importance to American consumers,” she writes. “Thus the outdated policy position the FDA took over 21 years ago on labeling should be revised.”

If Obama considers Feinstein’s arguments, we’ll be in a great place for the GMO labeling movement going into 201, and hopefully we’ll see some real progress on this issue.