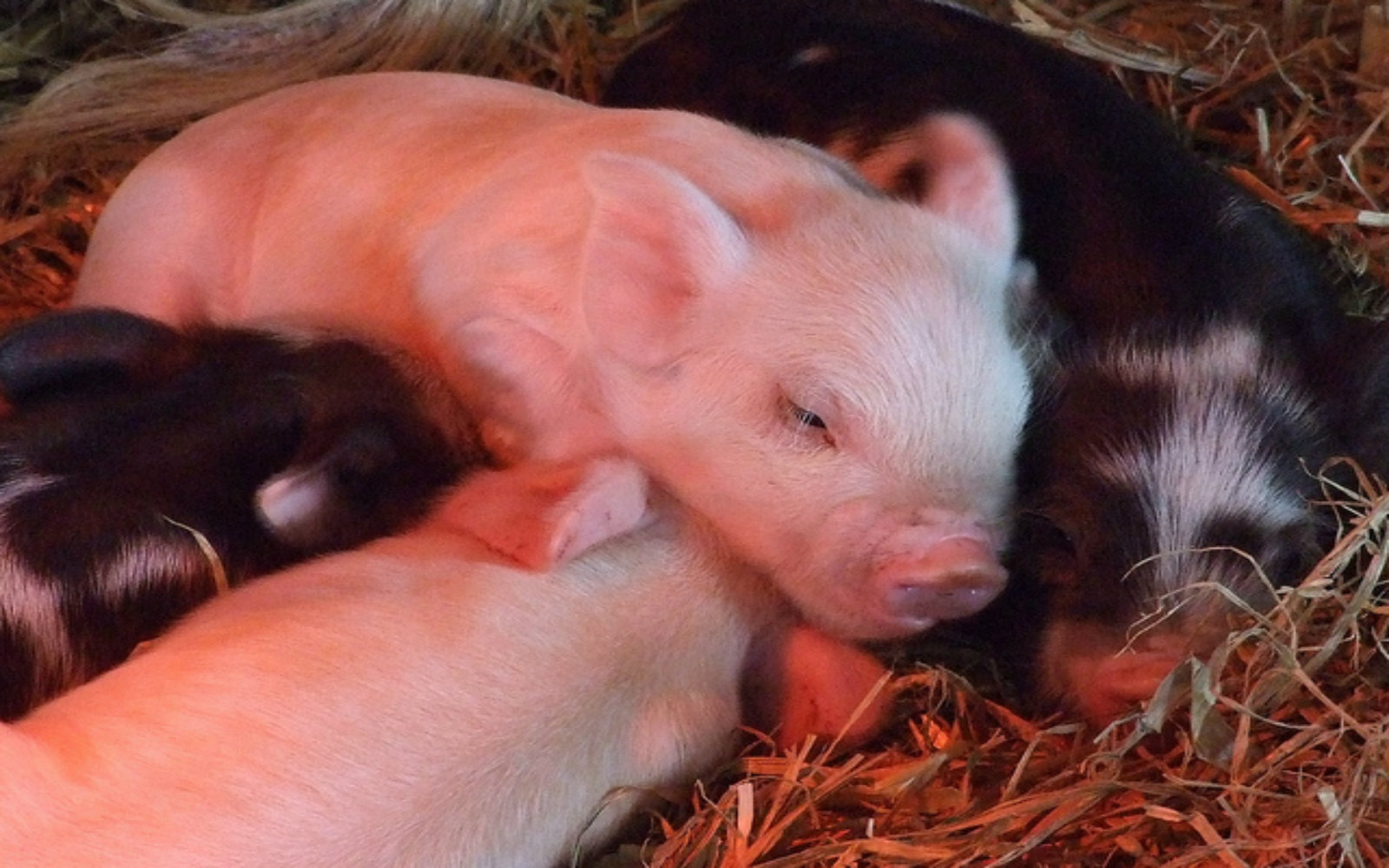 In the words of Homer Simpson, “Mmmm … bacon.”

In this day and age, there are bacon memes scouring the internet, bacon wrapped vegetables turn an already healthy dish into a full-on heart attack, Bacon themed food trucks can be found in just about every American city – and even bacon alarm clocks are manufactured to help meat-lovers wake up in the morning! It’s no hogwash that this popular breakfast item has transitioned from an average morning side dish to a market-dominating obsession.

Despite a 9.1 percent increase in the price of pig products, Americans have increased their consumption of pork by about 6 percent (or 1.1 billion servings) in one year alone. What most people don’t know – or choose to ignore – is that pork products are incredibly unhealthy. Pork is considered a red meat and possesses high levels of cholesterol. Cholesterol is a waxy substance that, while made naturally in the body, can lead to plaque buildup in arteries and heart disease  if consumed in excess – something that humans are pretty good at.

If the health facts don’t get you, perhaps you should consider the meat industry from the pig’s perspective. Regardless of if pigs are slaughtered at a “humane farm” or mass-produced at industrialized factories, the treatment of pigs destined for your dinner plate is sickeningly cruel.

A pig’s mental capacity is comparable to that a human child, and their social personalities allow them to make great friends with humans and animals alike. Although pig personalities can be compared to that of any other household pet, thousands of piggies are slaughtered every hour.

For this reason, our piggy friends would like to let you in on a little secret. They’re not loin (loin … lying … get it?) when they prove to you just how downright adorable they can be!

These hogs have us cooing over their plump bodies, curly tails, and floppy ears. Whether it’s their playful dispositions, wicked intelligence, or hardcore appreciation of sports, these little oinkers are more than capable of capturing the hearts of their human admirers.

Sow put down your swine and cheese, and get ready for some porking adorable pigs! (And maybe a few more pig puns…)

1.  This little piggy is giving a whole new meaning to “Pigs in Blankets!” 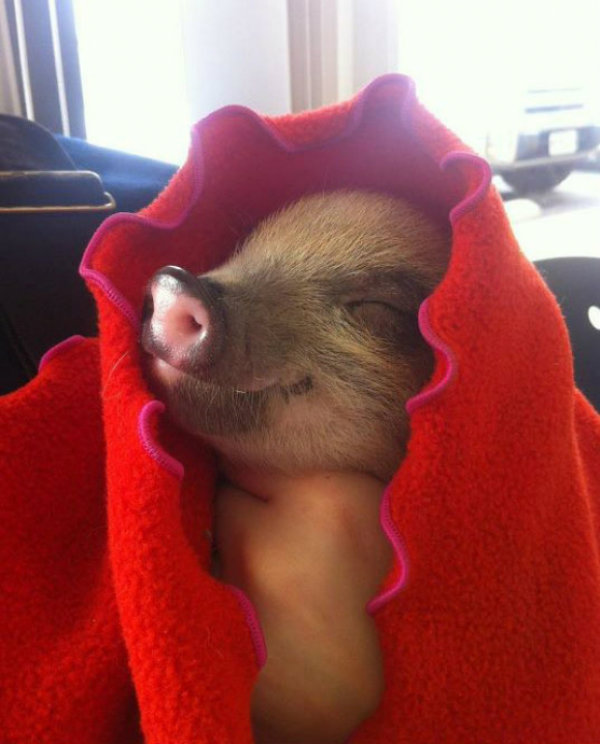 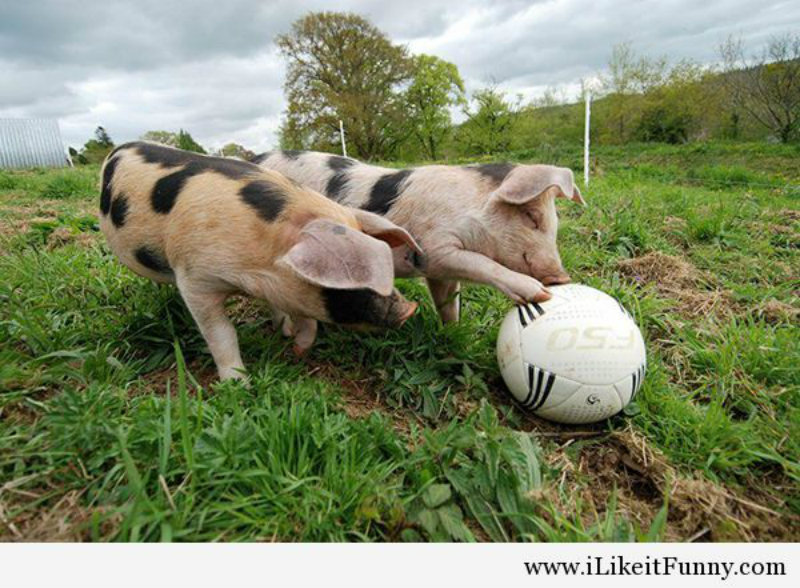 3.  When life’s a boar, sometimes it’s nice to snooze the day away. 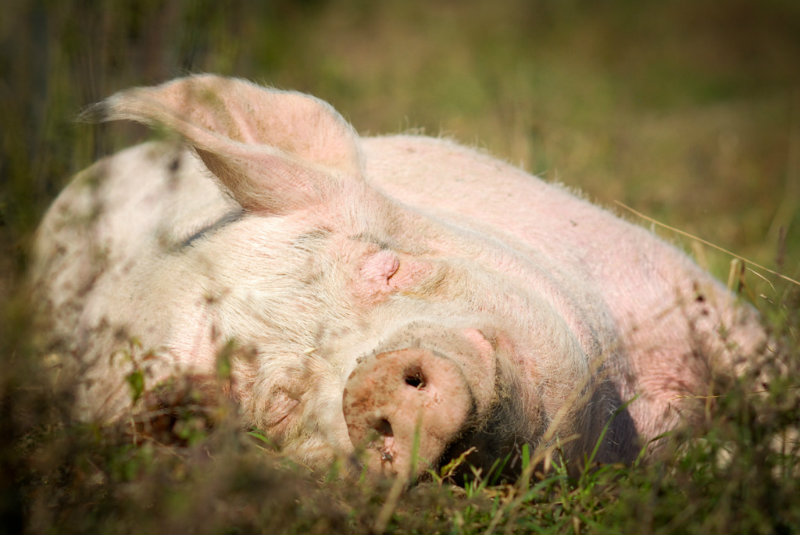 4.  Once he opens his gallery, this little oinker will truly start bringing home the “bacon.” 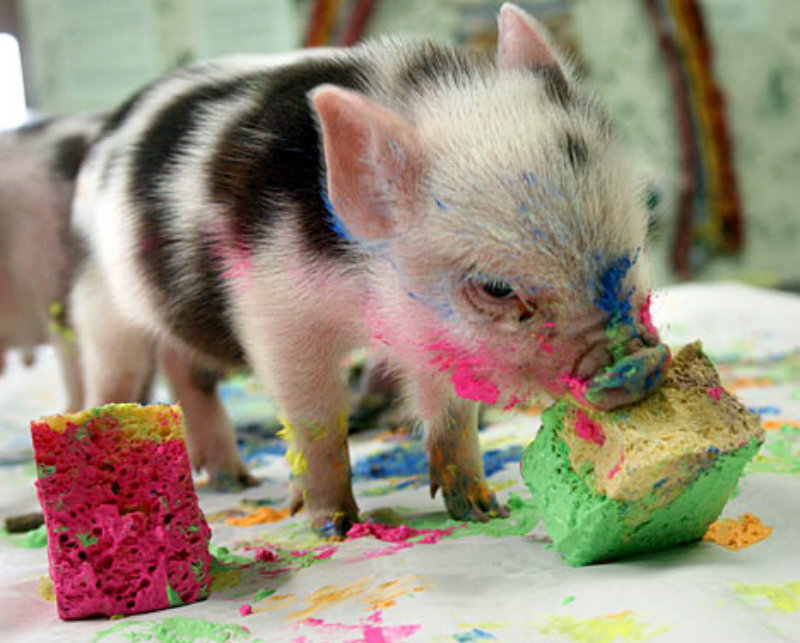 5.  All this little guy wanted was someone to snuggle with… 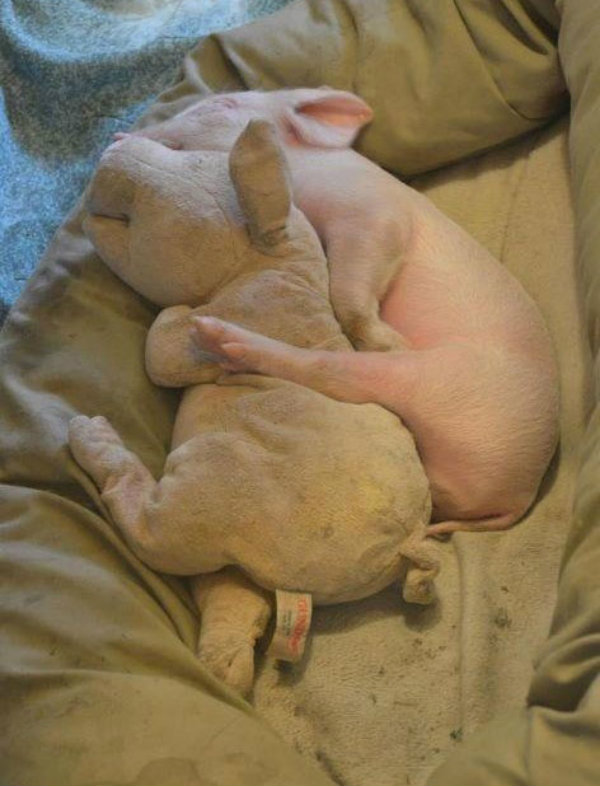 6.  And these little piggies just couldn’t resist a full on hog-pile. 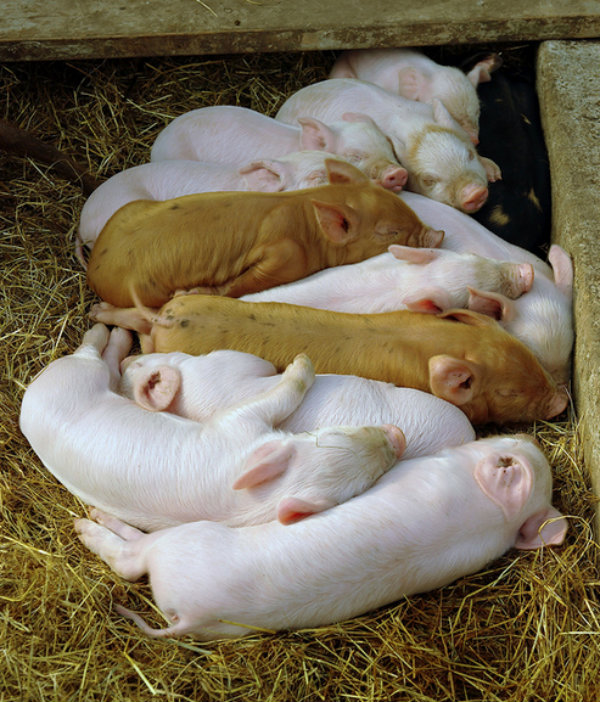 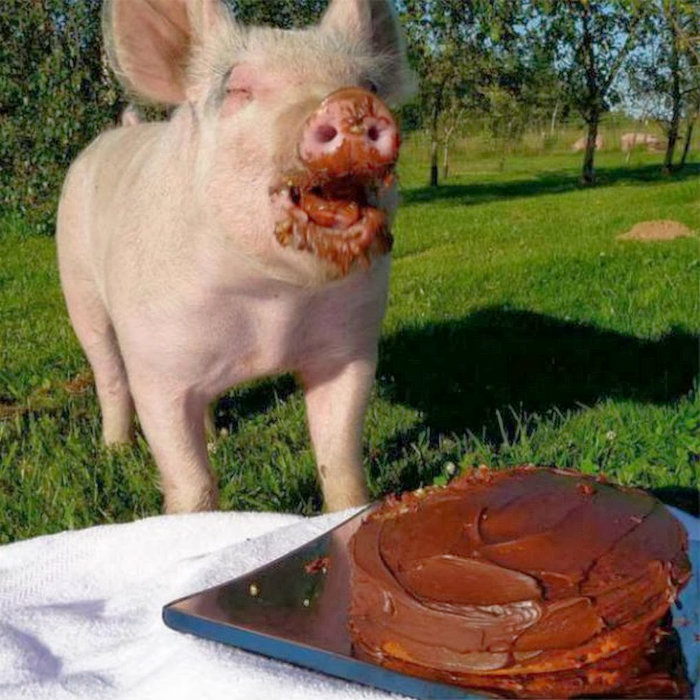 8.  When you’re sweating like a pig, a relaxing day at the beach will do the trick. 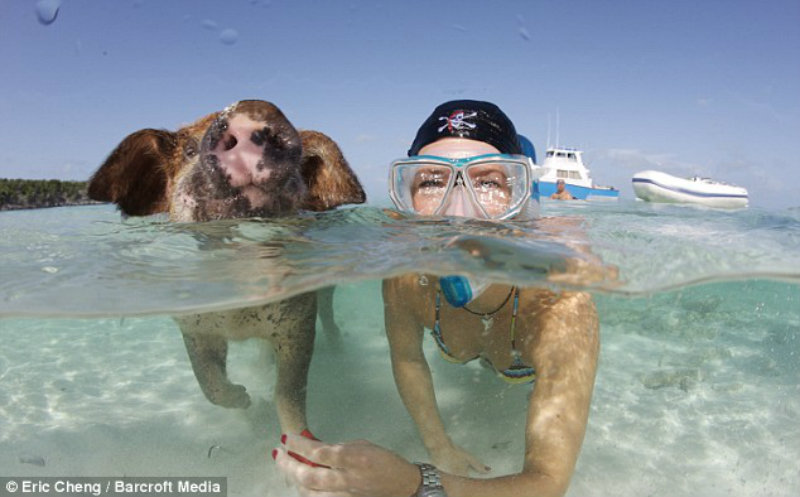 9.  This piglet will have you squealing with joy! 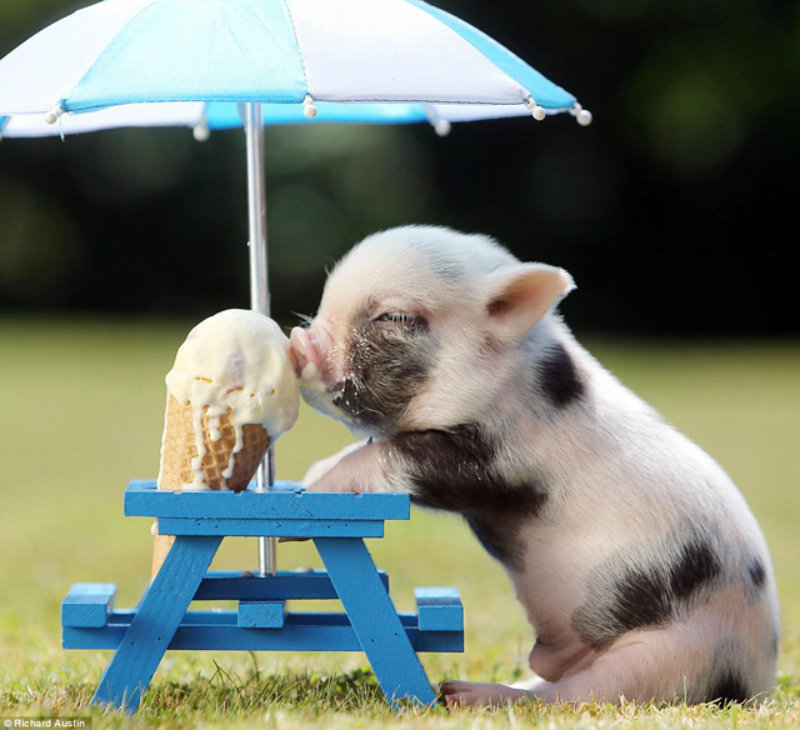 10.  Who reserved the title of “Man’s Best Friend” for dogs? Clearly, they haven’t met this couch hog! 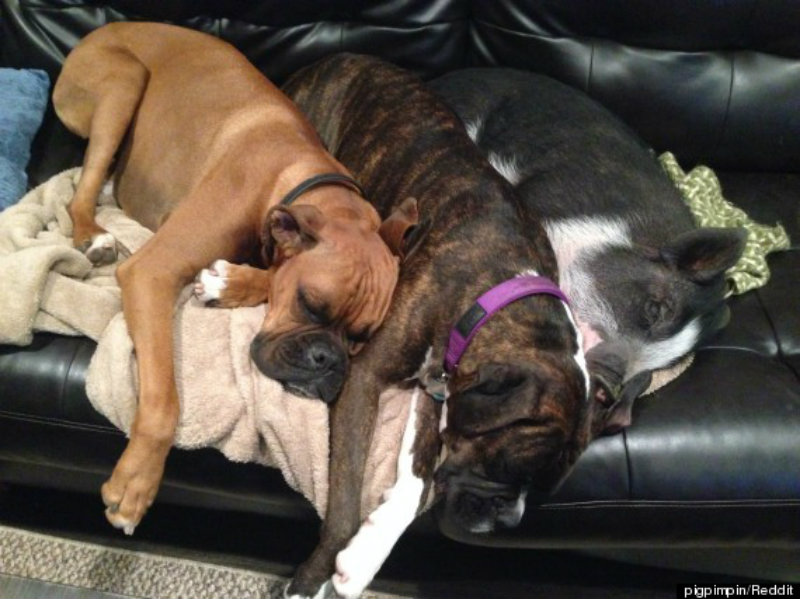