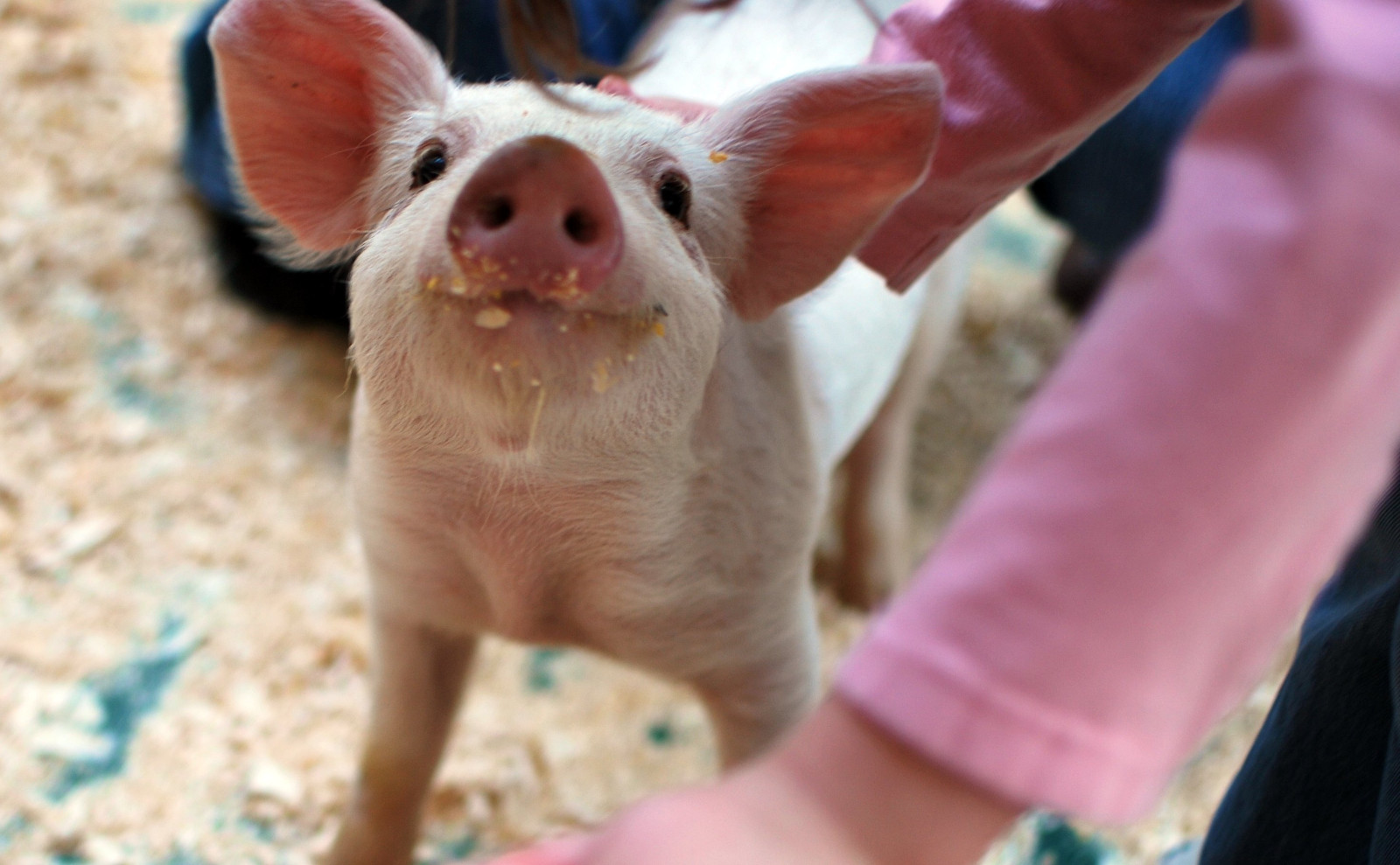 The animals we share this planet – all of whom are conscious, sentient beings, just as capable of feeling pain as human beings are – should not be treated differently depending on how “intelligent” or otherwise they appear to be. As Marc Berkoff puts it in an article for Live Science:

I always stress that intelligence is a slippery concept and should not be used to assess suffering. Cross-species comparisons are relatively meaningless, and put us on a slippery slope … because some people claim that supposedly smarter animals suffer more than supposedly dumber animals – and that it’s okay to use the dumber individuals in all sorts of invasive and abusive ways. There are absolutely no sound scientific reasons to make that claim.

Nevertheless, understanding the cognitive capacities of our fellow creatures is an important step in appreciating them. Below, we have compiled a list of seven super-smart species – and a couple of them might surprise you!

Wild elephants have been observed mourning their dead friends and relatives, and even burying them in what appear to be funeral-like ceremonies. Wildlife filmmaker James Honeyborne says that while it is “dangerous … to project human feelings on to an animals, to force them into human moulds or anthropomorphise them, it’s equally dangerous to ignore a wealth of scientific data based on decades of observation in the wild. We may never know exactly what goes on inside the mind of an elephant, but it would be arrogant of us to assume we are the only species capable of feeling loss and grief.”

It has long been known that dolphins have one of the most advanced communication systems to be found among all non-human animals. Researchers have found that in addition to demonstrating an aptitude for mathematics, the patterns behind the noises dolphins make to one another closely resemble human speech, and could be regarded as a “language” of sorts. Their non-verbal communication involves jaw claps, bubble blowing, and fin caresses. They even know one another by name. Hmm … what names might they use for those behind the Taiji dolphin slaughter?

Pigs, too, have been renowned for their intelligence. A famous computerized experiment in the 1990s showed that pigs were able to move the cursor of a computer, play video games, and differentiate between different drawings they had produced. Professor Donald Broom of Cambridge University Veterinary School says, “Pigs have the cognitive ability to be quite sophisticated. Even more so than dogs and certainly three-year-olds.” A travesty, then, that most people regard these animals as nothing more than a food source.

Chimpanzees are able to make and use their own tools, as well as demonstrate advanced problem-solving skills. They can communicate with humans using sign language, and are even capable of remembering the name sign for people they have not seen in several years. In a 2013 scientific experiment, a group of chimps even outperformed humans in a series of short-term memory tests. This makes it all the more heartening to hear that the abuse of chimps in research labs is finally beginning to be frowned upon.

Proving that the term “bird brain” can be used to signify great intelligence, rather than the complete opposite, pigeons have demonstrated an ability to count, other times in ascending order, and even memorize certain math rules. Professor Shigeru Watanabe of Keio University in Japan carried out a study in 2008 to see whether pigeons could tell the difference between live video footage of themselves and previously recorded images.

Dr Evelyn Hanggi, president and co-founder of the Equine Research Foundation, has long championed the cognitive abilities of horses, and has undertaken extensive research to back up her claims on equine memory and recognition skills.

She says, “If the cognitive abilities of horses are misunderstood, underrated, or overrated, their treatment may also be inappropriate. Equine welfare is dependent on not only physical comfort but mental comfort as well. Confining a thinking animal in a dark, dusty stable with little or no social interaction and no mental stimulation is as harmful as providing inadequate nutrition or using abusive training methods.”

As every cat-loving Green Monster knows, cats will stop at nothing to get their own way. Whether they are opening doors without permission, or terrorizing their canine companions, these crafty felines have demonstrated time and time again that they are more than capable of being criminal masterminds. And now scientific studies have corroborated this, proving that they possess formidable navigation skills and can even detect natural disasters long before they happen.