The Tragic Fall of Sharks 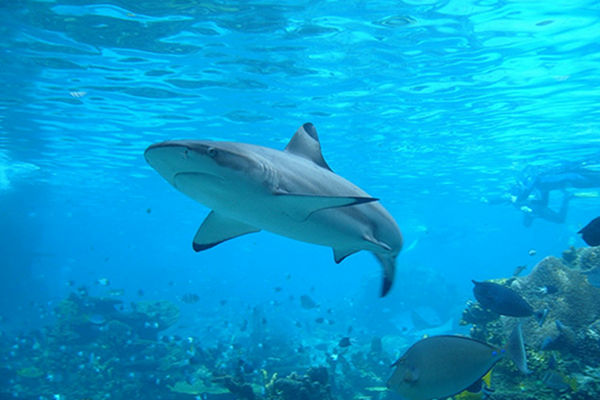 “Shark conservation will have to start on land.” – Carl Safina

Thousands of Australians have been gathering across various beaches in Western Australia (WA) to protest the Australian government’s “Catch and Kill” program. The catch and kill program was started in an effort to stop shark attacks, attacks that have claimed the lives of seven people over a three-year period. Opponents view this program as unnecessary, unethical, and vengeful, especially when other alternatives exist.

The catch and kill program, slated to end in April, employs drum lines that are set up with large bait hooks. Any shark caught that is less than three meters (about 10 feet) long is released, anything above that length is killed and anything else (rays, dolphins, whales, etc.) caught is at risk of dying before it can be released. So far, no great whites, the sharks held responsible for these attacks and the target of the culls, have been caught. Ninety-five percent of the sharks that have been caught are tiger sharks.

Opponents are concerned over a variety of issues. Among them are the environmental impacts to marine life in the area, including harming species like the great white, that are protected by the state, and species that fall victim to bycatch.

In Defense of Sharks

In an Australian Geographic article, experts suggest that the increase in human population and a 20 percent increase in beach goers could be to blame for the increase in attacks. Others, like The Humane Society International believe that sheep exports are likely to play a role in the increasing number of attacks, as dead sheep thrown overboard attract sharks. Some have claimed that increases in seal habitats along the Western Australian WA are to blame, but according to the article, “[Great] white sharks are primarily fish-eaters, rather than seal-eaters…they don’t generally hang around seal colonies for long.”

Nobody believes it’s because of an increase in shark populations — nobody.

Sharks reach their reproductive age when they are about 12 to 15 years old. Females typically give birth to one or two pups at a time, and some sharks only breed two to three times in their lives. Sharks are not shielded by their mothers and separate from them shortly after birth. This means that sharks would struggle to reclaim their populations to a healthy status should they be negatively impacted by their environment.

In a recent study conducted by elife, data gathered and analyzed suggests that one-quarter of chondrichthyans (sharks and rays) are threatened worldwide. The study involved 1,041 species of chondrichthyans. Of these 1,041 species, 181 were classified as threatened, 25 were assessed as critically endangered, 43 were endangered, and 113 were considered vulnerable. There were 487 of the 1,041 who were discovered to be “Data Deficient” or “DD” due to the lack of information available on the particular species. Despite that over half of the 1,041 sampled were DD, the information gathered on the other 362 species is nothing short of alarming.

The study concluded that the main factors for decline in shark populations are “overexploitation through targeted fisheries and incidental catches (bycatch), followed by habitat loss, persecution, and climate change.”

It also cited the “globalized trade to meet Asian demand for shark fin soup” to be a major motivation for shark fishing. The shark fishing industry has an estimated value of $400 – 550 million a year. Shark fining is an unregulated practice across 86 countries worldwide. While many countries worldwide have banned the practice, Australia, for example, has not banned the import of shark fins.

Films like “Extinction Soup” expose the mass killing of sharks for the fin trade. Even kung fu superstar Jackie Chan refused shark fin soup when it was offered to him at a dinner held for him by Chinese officials. Now, shark fin soup is off the menu at Chinese state banquets.

In an eye opening blog written last year for the New York Times, titled “Souring on Shark Fin Soup,” Bonnie Tsui describes the soup as “virtually tasteless” stating that the flavor of the soup “relies heavily on chicken stock, ham and a generous pour of Chinese red vinegar.” According to Tsui, the surge in its popularity in China is because of “a new middle class [that has] found itself able to afford a delicacy once enjoyed by a privileged few.”

“At the end of 2012…3,100 metric tons” of shark fin were imported to Hong Kong, in comparison to the 10,300 metric tons recorded from the previous year, that is a steep decline. Tsui says that it is because of campaigns put in place to curb interest for shark fin. Campaigns much like this PSA from Shark Savers:

But is it the campaigns, or the decline in shark populations causing these drops in numbers? Perhaps it’s both. It’s difficult to tell, but three things are for certain: shark populations are on the decline, they will take decades to recover, and it is the responsibility of the greatest apex predator of all to ensure their recovery (that apex predator is us, in case you were wondering).

Organizations like Shark Savers and Sea Shepherd are working to offer alternative sources of income to fisheries such as dive eco-tourism to alleviate strain on fish populations and to build local economies. They also work toward implementing sanctuaries.

Get the facts! Get involved!