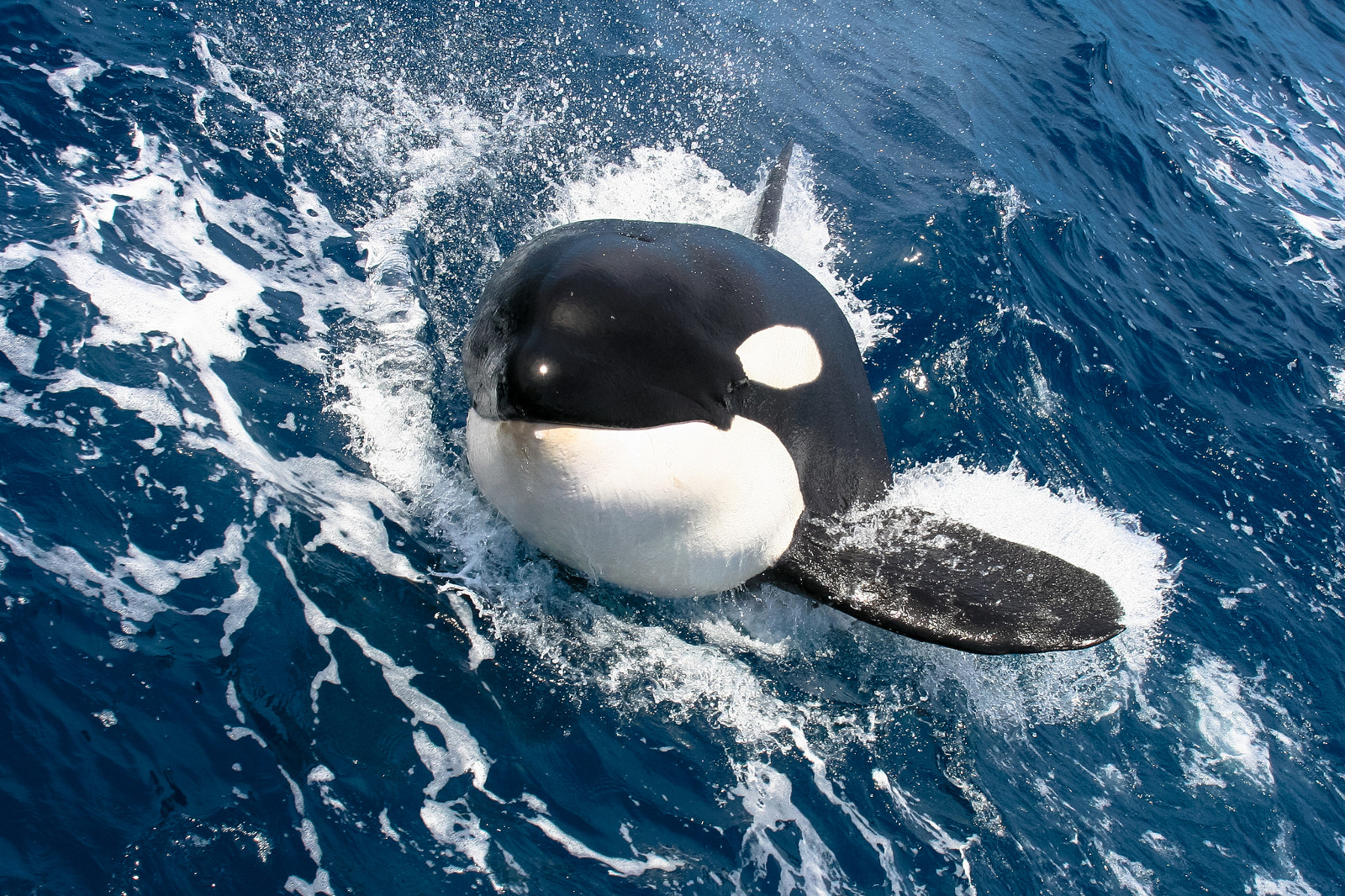 In the book The Dynamic Human, it is argued by a group of researchers from the University of Adelaide that humans aren’t the brightest crayons in the box. Co-author and research fellow, Dr. Arthur Saniotis, said “For millennia, all kinds of authorities — from religion to eminent scholars — have been repeating the same idea ad nauseam, that humans are exceptional by virtue that they are the smartest in the animal kingdom. However, science tells us that animals can have cognitive faculties that are superior to human beings.”

How can this be?! No other animal can think or communicate like a human, so clearly, no other species can match our intelligence!

Well, while humans, as a species, are pretty smart, it’s impossible for us to claim the title of “most intelligent” species. After all, we still have many questions left to answer about our own brains, before we can truly compare them to that of another organism.

While primates are often used in studies on animal intelligence because of their similarities to humans, cetaceans are frequently used as research subjects as well. Looking at the brain of a cetacean, it is clear that perhaps dolphins and whales are much more complex than previously thought. Behind the glass of our “favorite” marine-themed amusement parks (we’re looking at you, SeaWorld) lives a complex organism who may have more to think and even say than we tend to believe.

The Broca’s and Wernicke’s areas of the cerebral cortex are located in separate lobes of the brain (frontal and temporal lobes, respectively), but they are connected by their function in speech production and language processing. Most people believe that a human’s ability to communicate is far more complex and evolved than that of other animals, but cetaceans may have us beat.

Communication is so great in cetaceans that there is a strong possibility they are able to project (yes … literally project) an “auditory image” that replicates a sonar message they may receive. The process is a bit confusing, but MSU describes it in this circumstance: “So a dolphin wishing to convey the image of a fish to another dolphin can literally send the image of a fish to the other animal. The equivalent of this in humans would be the ability to create instantaneous holographic pictures to convey images to other people.”

If they are in fact able to do this, there would have to be a natural tendency to break down stylized and abstracted images into words. Meaning, cetaceans, like people, use a series of signifiers to discern the exact objects they want to communicate about. We might say “tree” and think of a picture of a tree in our minds, but cetaceans can skip this step by simply projecting the image to other cetaceans.

Have you ever been so happy that you feel like you can conquer anything the world throws at ya? Well, you have the limbic system to thank for that. The limbic system is a combination of multiple structures in the brain that deal with emotions and the formation of memories. When it comes to comparing the limbic system of whales to that of humans, we may need to rethink our emotional awareness.

Lori Marino, a neurobiologist who helped co-write “The Declaration of Rights for Cetaceans,” finds the limbic system of whales to be the most intriguing part of their brains, as they may be more complex than our own. In her research of killer whales, she found that the limbic system of a whale is “so large it erupts into the cortex in the form of an extra paralimbic lobe.”

Since the lobe merges with the cortex, it is believed that the lobe may create a mixture of both emotional and cognitive thinking. The placement may also suggest that secrets about social communication and self-awareness may also be located in this part of the whale brain.

Though this “advanced ability” is most often associated with organisms that are deemed to be the most intelligent, (*cough* humans *cough*) the truth is that spindle neurons have been isolated in the brains of both whales and dolphins, which suggests that whales do a lot more thinking than previously thought.

Dolphins, for example, have been known to recognize themselves in mirrors, solve problems, follow recipes, and associate a part of their anatomy with that of a human’s (such as when a dolphin waves their fin whenever a trainer waves their arm). Recent studies even indicate that dolphins are capable of creating personalized whistles that act as names for individual members of a pod. With this name, dolphins are able to communicate more efficiently while roaming the open seas.

Using Our Intelligence for Good

While it appears that cetaceans have incredible abilities to feel emotions, understand complex problems, and communicate in ways we can’t even imagine, humans don’t seem to value this. Because we assume we are so smart, we put the other creatures of the world underneath us. Knowing how dynamic cetaceans are, keeping them in glorified bathtubs, and forcing them to do tricks for food is insulting and cruel. Could you imagine the pain of living in a small room your entire life and having to do flips to be fed? Sounds like a miserable existence, doesn’t it?

It is far past time that we started to use our intelligence for good to help the plight of cetaceans. Boycotting inhumane establishments, like marine parks (and zoos and circuses), is the first step, but fighting to obtain personhood rights for cetaceans should be next. Check out the incredible work being done by the Nonhuman Rights Project to learn more. Share this post and help educate others about the incredible intelligence of cetaceans!