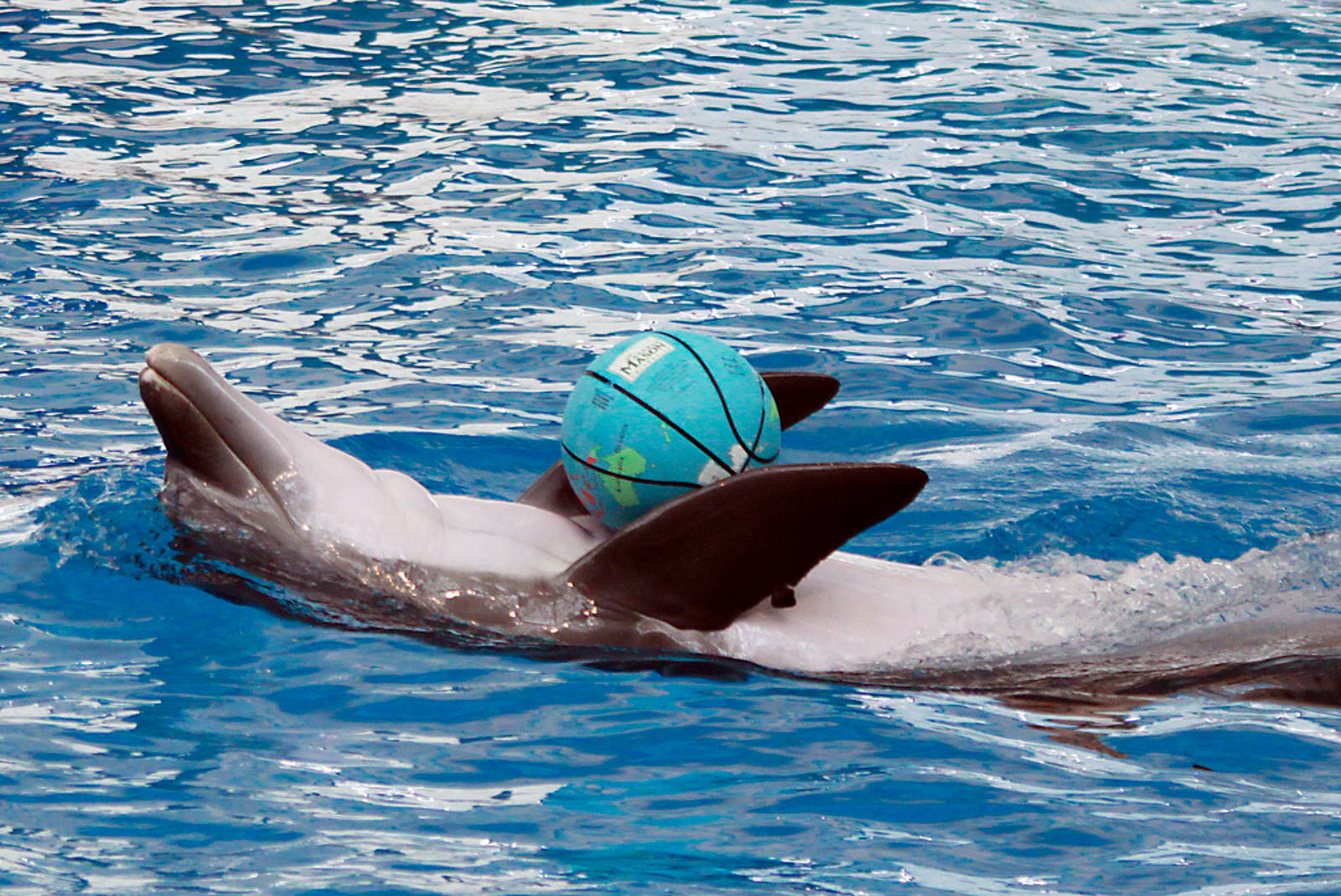 Eliminating cetacean captivity in the U.S. may seem like a daunting task, but even the largest task has to begin with the smallest victory, and there are many precedents and glimmers of hope that we can look to for inspiration.

The Greek Parliament’s decision to uphold its ban on captive dolphin performances earlier this year – in spite of a great deal of pressure to do otherwise – was highly significant. An explosion of protests against dolphin and whale captivity has been ignited since the release of “Blackfish,” with demonstrations taking place in Peru, South Africa, London, and in front of SeaWorld headquarters in Florida.

The Vancouver Aquarium recently stated that they may plan to phase out keeping whales in captivity, with board member Constance Barnes saying, “I’d like to see whales and dolphins out of our park. Phased out, not brought in ever again. Period. I’m just going to be very forward, once they are dead, they die, when they’re in captivity here we bring no more in.”

We can also look to the U.K.’s successful campaign to end cetacean captivity, and observe that this campaign is, in many ways, being replicated here in the U.S. Since the closure of Marineland (Morecambe), Brighton Dolphinarium, Windsor Safari Park and Flamingoland (Malton) in the early 1990s, no captive dolphins or whales have been held for entertainment purposes in the U.K.

Marine Connection, a British marine conservation group, says that this was due to many years of campaigning on the part of ocean conservation and animal welfare groups across the country, who helped change public opinion on the issue. The shaky arguments that Marine Connection and others helped to disprove include the following:

Now, where have we heard that before? While performing in a show might be better for captive dolphins and whales than floating around in a tank all day, it doesn’t mean that this is what the animals would choose to do, if given the choice between that and freedom. Food deprivation is the most effective training tool used by marine animal trainers – if the animal doesn’t perform a trick successfully, they do not get to eat.

2. “They are here to educate the public.”

Trainers will often begin orca and dolphin shows by giving audiences some information about the animals’ behavior and habitat in the wild, while offering up “inspiring” displays of the animals’ “agility” and “speed” that are supposed to inspire said audiences to work harder to conserve their natural ocean habitats.

But as Marine Connection archly states, “In the wild a healthy dolphin or whale very rarely beaches itself, jumps to hit a ball, allows someone to ride on its back, “sings” on command or allows itself to be “kissed” or fed.” How does witnessing such artificial behavior qualify as educational?

3. “They are endangered and we have to maintain the species.”

There is ample evidence that holding dolphins and whales in captivity does not contribute to the survival of the overall species, but instead hinders it. Captive marine animal breeding programs – such as that used by SeaWorld – only have a limited pool of orcas and dolphins to draw upon. High levels of inbreeding and loss of genetic diversity are par for the course in such programs.

For example, the sperm of the marine park chain’s prize bull Tilikum – who has a history of unpredictable and aggressive behavior behind him, and killed trainer Dawn Brancheau in 2010 – is still being used to impregnate females. According to SeaWorld, 10 of the 29 killer whales in their three parks share his genes – and though they also state that one of his offspring have never demonstrated violent tendencies, at least one of his sons – Kyuquot – is known to have attacked trainers several times, most recently attempting to drown Steve Abel in 2004.

When the animals rake in huge amounts of cash, of course a marine theme park is going to do whatever needs to be done to keep them in a fit condition to perform. As Marine Connection puts it, “They’re huge money spinning machines, (and) to replace them is expensive, so it is imperative that health is maintained. But that doesn’t mean they are happy or not suffering mentally.”

Marine Connection states that the campaign to turn the U.K. into a captive-cetacean-free zone was ultimately successful because the public was “given the opportunity to learn both sides of the story, the public voted with their feet, facilities began losing money and (eventually) closed down.” We are already seeing evidence of this change in the U.S., as SeaWorld attendance figures drop, artists cancel their shows at the venue, and the “Blackfish” effect rumbles on in spite of the extensive PR campaigns SeaWorld has put out to counteract it.

Members of the public have also been growing steadily more disgusted by the awareness of how wild-caught dolphins and whales are acquired: through cruel drive hunts and traumatic chase-and-capture operations. And no, SeaWorld – breeding animals in captivity, instead of capturing them in the wild, does not make it all okay.

U.S. audiences are starting to vote with their feet – and their wallets – and are abandoning captive marine animal facilities in their droves. The day when the U.S. becomes a captive-cetacean-free zone may not be as far off as we think!