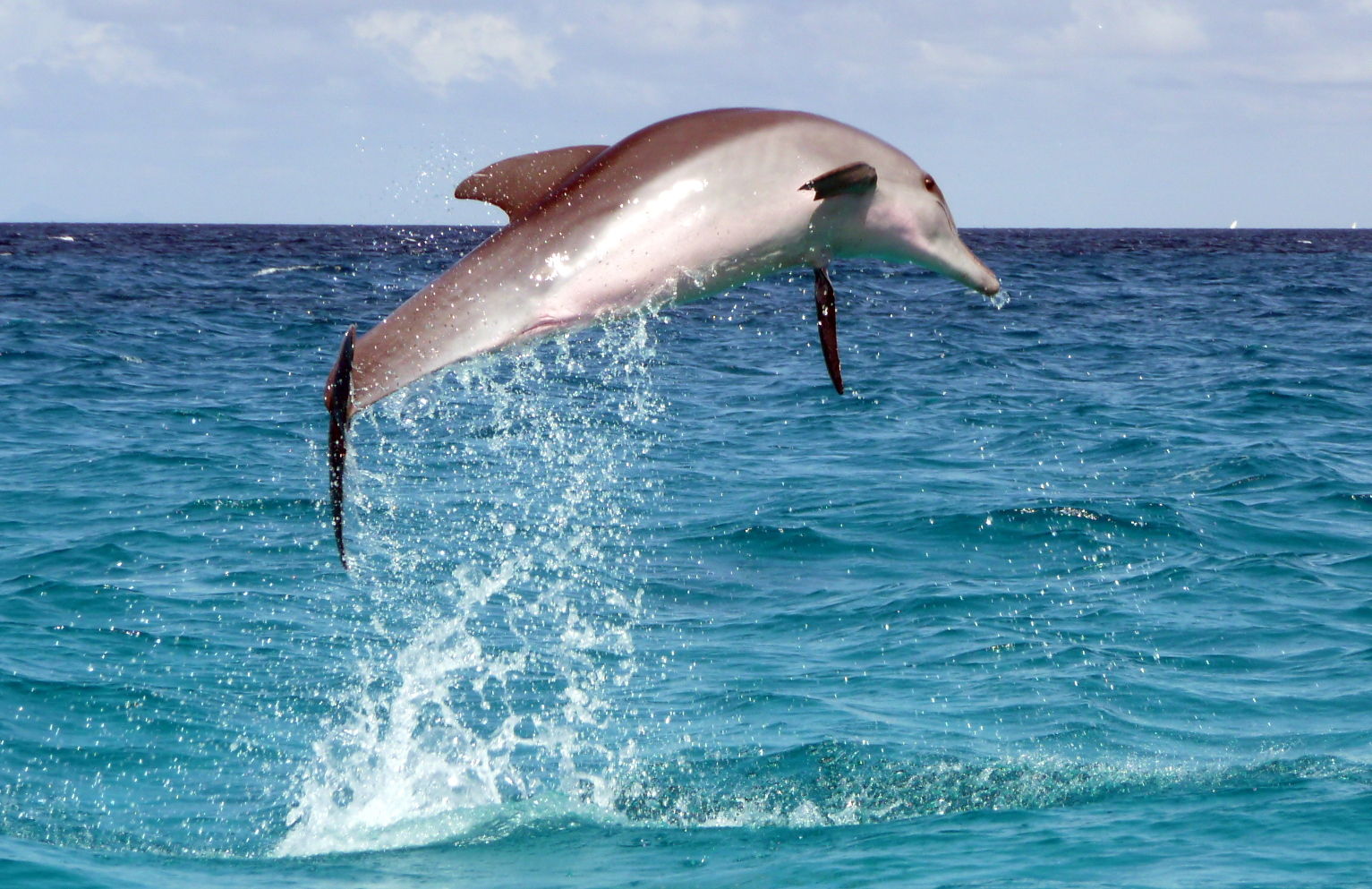 It can be incredibly frustrating to hear for-profit amusement parks and aquaria claim that they are working for the cause of ocean conservation. SeaWorld, for example, claimed at the end of last year that they were “true animal advocates” by pointing out that they regularly rescue injured and orphaned marine creatures. In making this point, however, they conveniently glossed over the fate of their captive animals – such as Tilikum, the 12,000-pound male orca who has been connected with three human deaths, and whose teeth have been worn down to stumps over the years because of his stress-induced habit of chewing the rails of his tank.

Luckily, there are many organizations out there who are genuinely dedicated to preserving the health of our world’s oceans – and who somehow manage to do so without forcing certain marine animals to inhabit tiny concrete tanks and perform inane tricks. Below, we introduce you to ten of them.

Sea Shepherd is well-known for its ongoing campaigns against the dolphin hunts of Taiji, and for chasing Japanese whalers out of whale sanctuaries. Other recent campaigns include halting poaching in Guatemala, collaborating with rapper Pharrell Williams on a new sustainable fashion line, and advocating a ban of the West Australian shark cull.

Founded in 1977, their mission is to “end the destruction of habitat and the slaughter of wildlife in the world’s oceans in order to conserve and protect ecosystems and species,” using direct-action tactics.

The Oceanic Preservation Society, founded in 2005 by photographer and diving enthusiast Louie Psihoyos, were responsible for creating the award-winning 2009 documentary, “The Cove,” which opened people’s eyes to the horrors of the annual Taiji dolphin hunt.

Other OPS initiatives include “Undersea Majesty,” a stunning series of photographs taken in Raja Ampat, Indonesia, a collection of children’s sea art, and an online campaign inviting members of the public to pledge that they will never to go to dolphin shows.

The Dolphin Project was founded by Ric O’Barry in 1982 as an offshoot of the Earth Island Institute. O’Barry, a former captive dolphin trainer, claims that his life was irrevocably changed when Kathy, one of the dolphins he had been working with on the set of the movie “Flipper,” died in his arms. This caused him to realize that “capturing dolphins and training them to perform silly tricks is simply wrong.”

Some of the Dolphin Project’s many oceanic conservation initiatives include campaigning against Japan’s cruel cetacean hunts and halting the Solomon Islands dolphin trade (largely composed of traumatized survivors of the Islands’ annual dolphin hunt.) As part of these campaigns, they are running an online petition to help stop the Taiji dolphin slaughter, and another one asking members of the public to pledge that they will never attend a dolphin show.

The American Cetacean Society was launched on Nov. 3, 1967, by Elizabeth “Bemi” DeBus and Dr. Clark Cameron. Their mission is to protect the habitats of whales, dolphins, and porpoises through public education and outreach programs, together with the rewarding of research grants to conservation researchers. Recent ACS grant recipients include John Wang of FormosaCetus Research in Ontario, Canada, and Casey Clark of the Moss Landing Marine Laboratories.

ACS’ education program involves the distribution of teaching guides and curricula to school teachers nationwide, to help spread awareness of cetaceans’ needs amongst young people. The organization names its core values as: integrity and transparency, credibility and independence; commitment to strategic partnerships; and commitment to sound science.

Whale and Dolphin Conservation is a worldwide organization devoted to the well-being of both wild and captive cetaceans. Their simple vision is to create “a world where every whale and dolphin is safe and free,” while their core belief is that “all dolphins and whales have the right to exist as nature intends, not as humans decide.”

WDC has been actively campaigning for an end to the trade in captive cetaceans. Their ongoing and disturbing report on the fate of captive orcas makes it abundantly clear that killer whales forced to live in concrete tanks suffer in innumerable ways – with lower life expectancies and captivity-specific health conditions being part of the report.

Ocean Conservancy was founded in 1972 as a small organization called the Delta Conservancy, which was later renamed as the Center for Environmental Education and the Center for Marine Conservation before finally assuming its current name. Their simple vision of fighting for a healthy ocean has led them to initiate projects such as the well-known International Coastal Cleanup, which enlists thousands of volunteers all over the U.S. each year to assist in clearing trash and other human debris from our beaches.

At present, they are also running an online petition aimed at telling the oil giant BP to clean up its act and take full responsibility for the devastating 2010 oil spill in the Gulf of Mexico, which killed eleven people and caused incalculable damage to the surrounding wildlife. Sign and share today!

The Institute for Ocean Conservation Science is headed by Ellen K. Pikitch, PhD, of the Stony Brook University School of Marine and Atmospheric Sciences. This organization’s research is focused on advancing our understanding of understudied marine animals. They also work to develop new methods of replenishing the worldwide population of forage fish – small schooling fish that are used as a food source by larger aquatic animals, and whose numbers are in decline.

The Institute has also been renowned for its ground-breaking research on endangered or threatened sharks. One of its recent shark-centered initiatives was the design of a specialized shark sanctuary on the world’s second-largest barrier reef in Belize.

Oceana is the largest organization in the world solely devoted to marine conservation. It was established in 2001 by The Pew Charitable Trusts, the Oak Foundation, Marisla Foundation, and Rockefeller Brothers Fund. In 2002, Oceana merged with the American Oceans Project, set up by actor and environmental activist, Ted Danson, in order to “more effectively address our common mission of protecting and restoring the world’s oceans.” Danson continues to serve on Oceana’s board of directors.

The organization’s vision is to “make our oceans as rich, healthy and abundant as they once were.” Some of their recent campaign victories include the halting of Shell’s plans to drill for oil in the Arctic Ocean in 2014, and the upholding of shark finning bans in Calif., Maryland, and Wash.

The Blue Ocean Society works to protect marine animals and their habitats in the Gulf of Maine, through a variety of research and education programs. The group was founded by Jen Kennedy and Dianna Schulte, whale watch naturalists who were “frustrated with the lack of translation of open ocean research into information that could be used by the public.”

In their efforts to make facts about the marine life of the Gulf of Maine more accessible to the general public, the Blue Ocean Society regularly gives presentations on marine life to schools and libraries (followed by beach clean-up trips). They have also partnered with a number of reputable whale tour operators in the area to organize wild whale watching tours.

The Ocean Research and Conservation Association (also known as Team ORCA) was set up in 2005 by marine researcher Edie Widder, PhD. Since then, the team of engineers, research scientists, and marine biologists behind ORCA has achieved “exciting progress in using the latest technologies to develop low-cost solutions or analysis of our polluted waterways.”

Some of ORCA’s initiatives include the FAST (Fast Assessment of Sediment Toxicity) program, and the “ORCA kilroys,” a low-cost oceanic monitoring network that enables the team to keep track of the long-term health of our oceans.

Another much-lauded ORCA campaign is Mission Blue – launched in 2009, after the author, oceanic advocate, and ORCA supporter Sylvia Earle expressed a wish to “ignite public support for a global network of marine protected areas, hope spots large enough to save and restore the ocean, the blue heart of the planet.” Following the establishment of Mission Blue, a network of global philanthropists, including Glenn Close, Jean-Michel Cousteau, Jackson Browne, Leonardo DiCaprio (seriously – can that guy do no wrong?) pledged over $16.7 million to the cause – enabling ORCA to continue their valuable work to an even higher level!