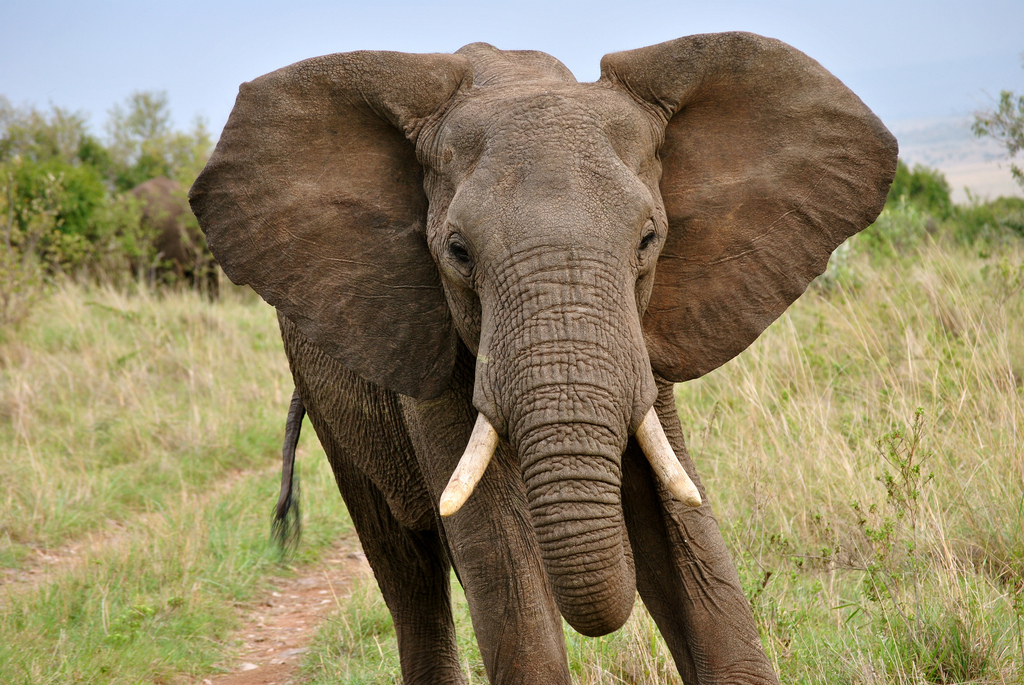 Humans believe a lot of myths about animals (enter the black cat crossing your path). Unfortunately, many of these myths perpetuate the exploitation and endangerment of animals who need our protection. Believing that taking the tusks of an elephant to produce ivory does not harm the animal, or that sharks have a natural desire to eat humans might seem like silly myths – but when we start to believe them as fact, they can be very dangerous.

In the past 40 years, around 52 percent of the world’s wildlife have disappeared from the planet. Sadly, human activities such as poaching play a large role in the rapid extinction of many of the world’s species. Scientists have confirmed that we are in the midst of the earth’s sixth mass extinction of species, and unlike the planet’s other periods of extinction, this one can be directly linked to human interference.

While you might not think you have the power to help stop this progression of extinction, that couldn’t be farther from the truth. There are many ways you can change your own consumption habits to protect the world’s wildlife, but you can also help protect these animals by putting an end to the myths that contribute to their exploitation.

Animals cannot speak up for themselves and refute these claims, so it is important that we do everything we can to put an end to myths about animals. So, let’s take a look at five dangerous myths that endanger animals.

Every year, up to 50,000 African elephants are poached for their ivory. Because of this high rate of poaching, scientists predict that the African elephant will be extinct from the wild by 2020. The ivory trade is an incredibly lucrative business and the profits from the sale of ivory are what drives poachers to continue to pursue these endangered animals.

In Chinese, the word for ivory translates to mean “elephant tooth.” A poll conducted by the International Fund for Animal Welfare found that around 70 percent of the Chinese population did not realize that elephants have to die in order to get their ivory. China is the world’s leading market for ivory and unfortunately, the myth that the elephant is not harmed by losing their tusks contributes to the willingness of people to buy ivory products.

The U.S. is the second largest market for ivory in the world, and there is no misconception about how ivory is obtained …

One of the biggest myths about sharks is that they are “man-eaters.” This fear of sharks has allowed people to believe that they are threatened by the presence of sharks and that killing them is in some way justified. The sad reality is that for every one human who is killed by a shark, about two million sharks are killed by humans.

Sharks are being pushed to the brink of extinction because of humans. Western Australia recently conducted a shark cull in an attempt to make a popular tourist beach “safe” for bathers. Additionally, an astounding 75 million sharks are killed every year for their fins. The plight of sharks has been ignored because of our belief that the oceans are “safer” without them; however, what many don’t recognize is that sharks play a vital role in balancing the ocean ecosystem.

3. Dolphins Beach Themselves in the Faroe Islands

Every year thousands of pilot whales are slaughtered as part of the “Grind,” in the Faroe Islands. While the pilot whale is the target of this cruel tradition, many smaller species of dolphin are also killed. According to Sea Shepherd’s Erwin Vermeulen, some locals of the Faroe Islands deny that dolphins are killed at all in the Grind, while others believe that the few dolphins that are killed “beach themselves.” These stranded dolphins are killed as an act of mercy because being on land is agonizing for them.

However, it appears that this myth allows the slaughter of dolphins to go overlooked. According to Sea Shepherd, a staggering 403 Atlantic white-sided dolphins were killed off the island of Suduroy. Surely, 403 dolphins did not all “beach themselves,” but rather the myth allows this cruel practice to continue.

There are an estimated 3,200 tigers left in the wild. Targeted by poachers for their skin and bones (for making tiger bone wine) and threatened by habitat loss, the tiger species is holding on by a thread. Given this fact, there are many “conservation” organizations that breed tigers in captivity as a means to help preserve the species. Many of these operations allow visitors to pay to interact and take photos with tigers who have been “domesticated.”

Sadly, the tigers in these facilities are only valued for their ability to make a profit for the establishment. Being bred and raised in captivity, these tigers can never be released back into the wild and when they get too old to be “popular” among guests, they are auctioned off. A dead tiger is worth around $50,000 for all its parts and there is very little regulation or supervision of the exotic animal trade to track what happens to tigers once they disappear from facilities. However, because of the myth that breeding and raising these big cats in captivity is helping to ensure tigers do not go extinct, visitors continue to pay for selfies and unknowingly perpetuate this cruel trade.

5. Cows Need to be Milked by Humans

One of the largest myths spread by the dairy industry is the “fact” that cows need to be milked by people, otherwise they will suffer in excruciating pain. The truth of the matter is that cows do needed to be milked when they are lactating, otherwise their udders will become engorged, which is a pretty painful experience. However, in no way shape or form does this need to be done by a human.

Cows, like humans, only lactate after they have given birth. As with human babies, calves drink their mother’s milk. The average dairy cow must be milked two to three times a day, otherwise they will experience udder pain. Luckily, calves like their meals the same way people do, three times a day at around the same time. As long as the baby is fed, the cow will not experience any unnecessary pain. The only instance where a human would have to intervene would be if there wasn’t a calf to do the job!

In the dairy industry, calves are taken away from their mothers soon after they are born for the express reason that dairy farmers want the cow’s milk for their own use. If a pesky baby cow were to drink up all their mother’s milk, what would the farmer sell? Yet, because of this myth, we feel we are doing cows a service by consuming their milk … but what service are we doing to the cow’s hungry calf?

As a Green Monster, you know how powerful knowledge and truth can be. You can help end stop these myths in their tracks by sharing this post and informing others about the how these myths contribute to the exploitation and death of animals. The world’s species need our help more than ever. Even if you can change the way one person thinks about buying ivory or believing sharks are man-eaters, you have helped make a difference for animals.