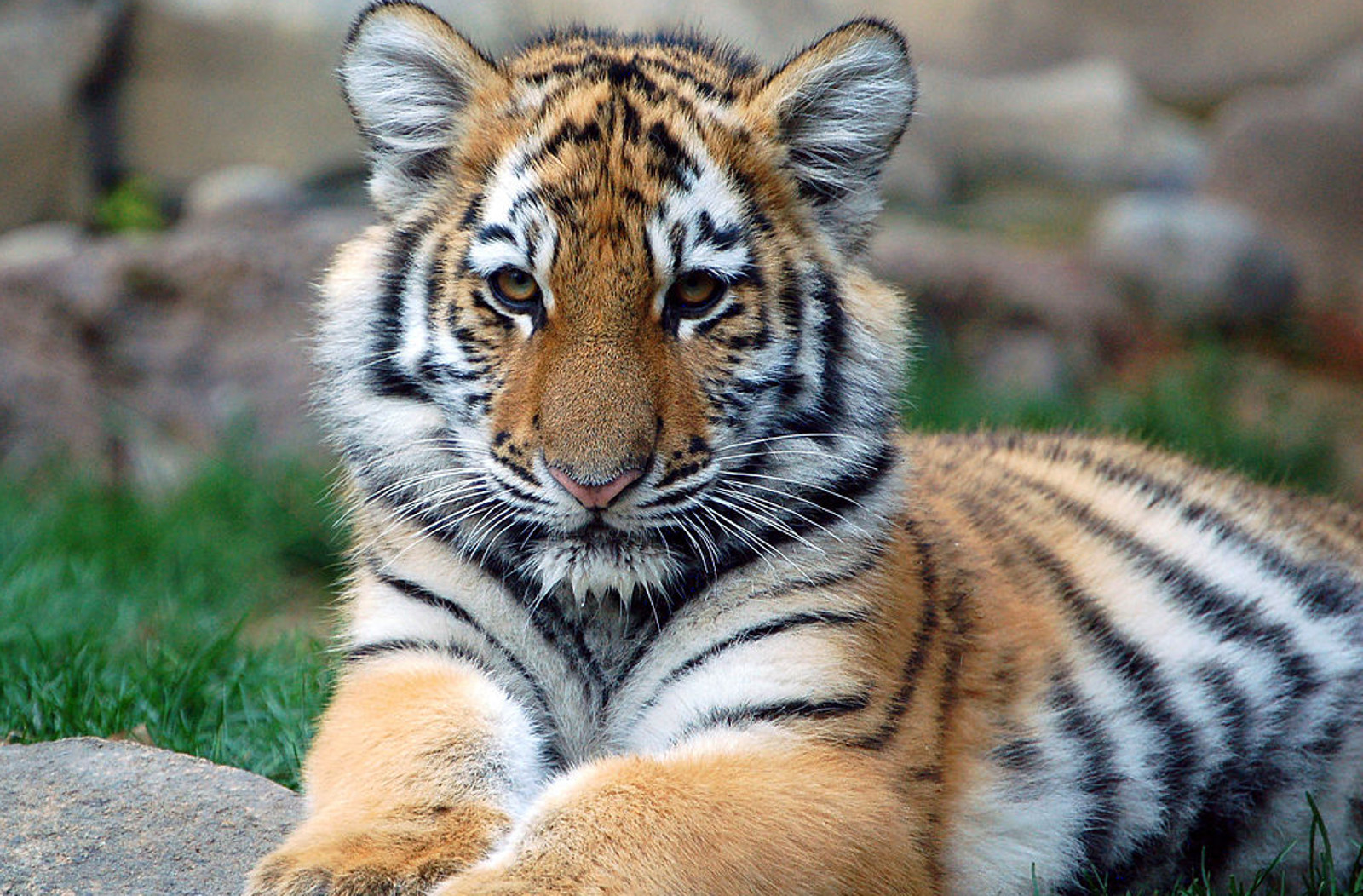 The phone rings, our heart sinks. You know what the caller will probably be asking, “Can you take in this wild cat?”

The story is often the same.  An owner who loved felids, who bought the cat as a cute and cuddly cub. Who was told by the breeder that, if hand reared, the cat would act tame.  An owner who didn’t realize, that their homeowner’s insurance would drop them, that it would be impossible to find a vet, that their city or county prohibits possession of exotics, that the cost would be so much, and that at sexual maturity their furry baby would change.

But, because of physical space, financial restraints, staffing resources, and so many factors, we at The Wildcat Sanctuary often have to say no.  And we know the situation is the same for almost every accredited sanctuary in the country they might call.

The Future for Domestic Exotic Cats

So, the fate for that cat can be hopeless. Zoos won’t take them in as they face the same issues, a finite amount of space, and their wild cats come from their Species Survival Plan breeding program. Maybe another private owner will be found, but cities and counties that allow a cage in the backyard for a carnivore are becoming fewer and fewer – which is a good thing.

The cat may be given or sold to a traveling exhibitor that visits fairs and malls. Life will be spent in a small cage on a truck, without the benefit of any natural habitat at all. Conditions can be inhumane and deplorable, especially with current USDA regulations allowing a concrete-floored, fenced cage no bigger than a parking spot for a full grown big cat’s entire life.

Or, the cat can be sold to an exotic meat distributor since the fad of restaurants offering lion tacos and burgers is growing.  The meat isn’t USDA or FDA inspected, so it’s a guess how many suffer this fate.

There are more than 1,000 captive hunting facilities in the United States. Shooters at captive hunts pay to kill animals trapped behind fences. Often the animals are hand-raised and bottle-fed, so they aren’t afraid of people. This can be where many failed “pets” end up, too.

It’s estimated that a dead tiger is worth up to $50,000 for its parts. With few inspectors, the U.S. Fish & Wildlife Service can’t possibly track the thousands of tigers bred each year, illegally sold into this lucrative trade.

Education Can Make All the Difference

These are the scenarios that go through our head when the phone rings. We try so hard to educate everyone we come in contact with about the realities for these cats, the ones that have nowhere to go. It’s a key part of our mission. 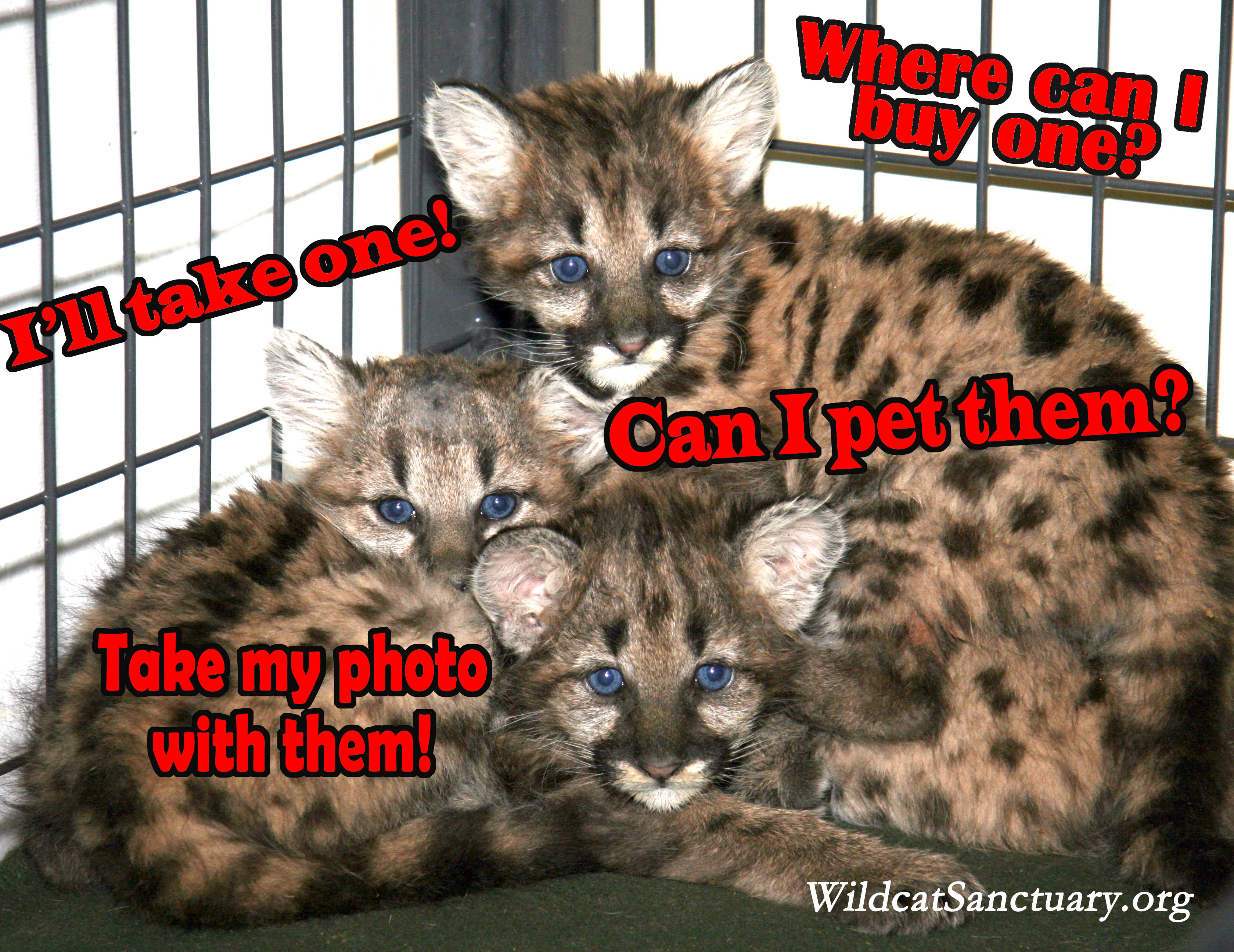 But, then again, we remember that this is an opportunity to educate someone who only sees the cute, alluring eyes of the tiger cub or cougar baby.  Who doesn’t realize how something that’s a “thrill of a lifetime” is really a death sentence for that cat. And we hope that, once we explain, they’ll pay it forward, teaching others.  And, one day, we’ll pass a law like the Big Cats and Public Safety Protection Act that will cut down on all this misery and suffering.