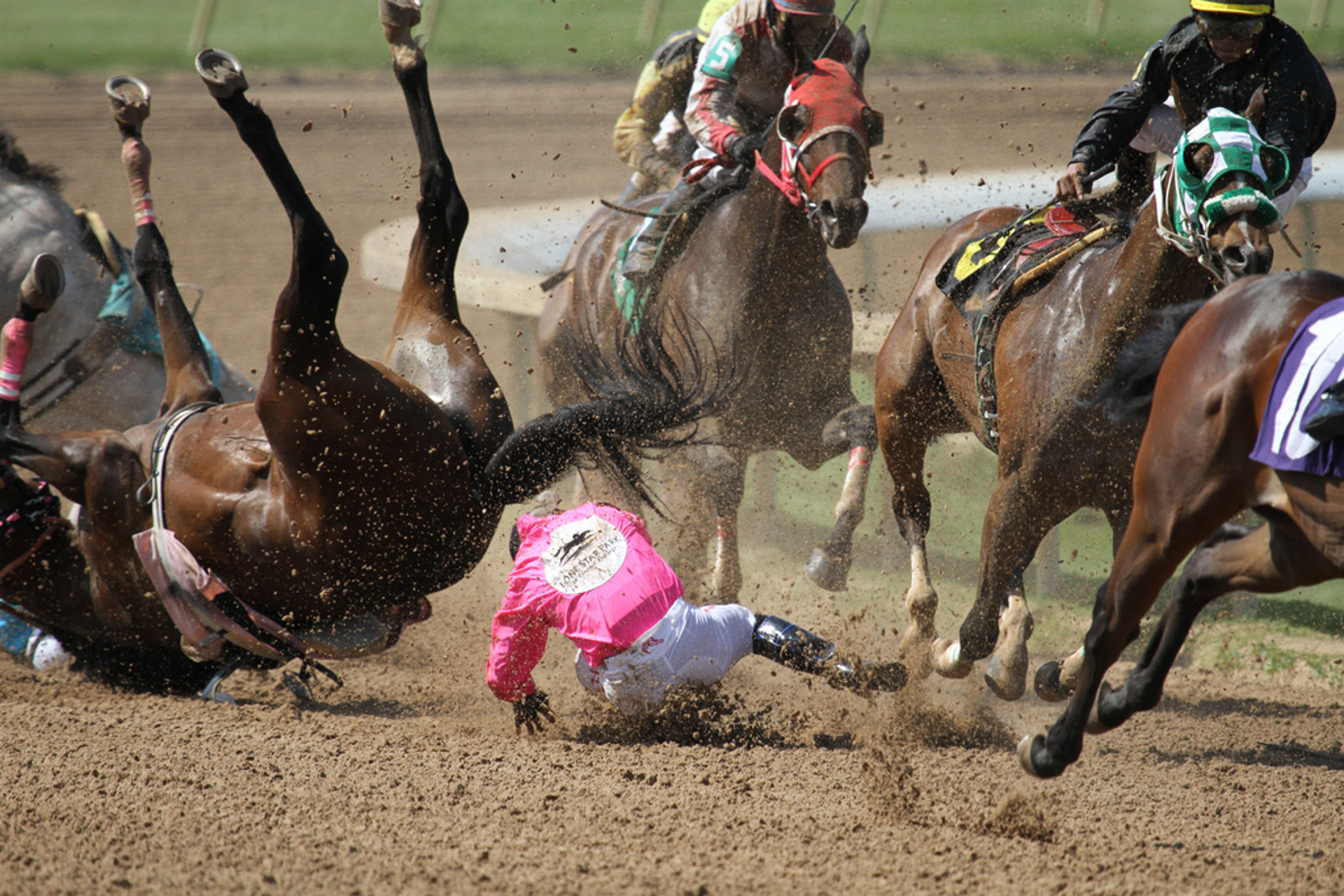 Like other animals that are exploited in the name of entertainment, horses are subjected to the same abuse and mistreatment felt by other animals we hold captive and “train” to perform. The horse racing industry is no exception in the long list of industries that profit from the misery of the animals they call their own.

There’s nothing unnatural about treating a horse like an athlete, claims the horse racing industry. After all, don’t you animal rights activists want us treating animals more like humans? There’s nothing more human than good sport!

According to The Horse Fund, a not-for-profit charity that promotes the health and safety of horses in many different industries and in the wild, “Many racehorses become addicted to drugs when their trainers and veterinarians give them drugs to keep them on the track when they shouldn’t be racing.” PETA also confirms this with several sources, adding that states known for being major supporters of horse racing are also the most lenient with their drug policies, and that drugs are not only used to keep the horse from collapsing on the track, but also to make it run faster for longer.

If horses really were respected athletes, would we be stuffing them with a chemical cocktail when it’s illegal to do the same to humans?

2. The exercise horses get from a race is healthy for them!

You’re saying horses aren’t even allowed to run! shouts the racing industry. What do you hippie animal huggers want, for horses to not get the exercise they obviously NEED to be healthy?

If horse racing was only about giving healthy exercise to horses, I don’t think there would be a multi-million dollar industry built around it. And what you may define as “healthy exercise,” I define as “the equine version of the TV show The Biggest Loser.”

There’s a big difference between healthy exercise and collapsing after you finish a race and being unable to stand ever again. This is what happened during the Kentucky Derby to filly Eight Belles, suffering various ankle fractures and eventually dying after she had come in first place. This is what is happening to numerous other horses who are apparently just getting a “healthy little run.” I don’t know about you, but I’m pretty sure death is the opposite of health.

3. Death is rare in the horse racing industry.

You’re blowing a few deaths way out of proportion! avid horse racing fans scream from the sidelines. Show me a shred of evidence that proves horseracing causes more than a mere handful of accidental deaths.

This is the easy part. Animal Aid UK estimates that more than 12,000 horses are born into just a fraction of the European industry each year. Obviously, they do not all move on to become top racehorses; approximately half of them don’t make the cut, and many are sent to slaughter. For those who do make the cut, more than 400 will die within the year. Since these deaths happen behind closed barn doors, they are less frequently reported by the mainstream media compared to deaths that happen on the track.

You just don’t understand horses like we do, they’ll say with a gleam of pride in their eye. We’re the true horse lovers!

Oh, yes. How could we doubt the people who fill horses with drugs and then whip them round a circle until they collapse and die? That’s true love right there. Racers and riders obviously understand the intricate details of their horse ‘friends,’ which is why horses are forced to train and race before their skeletal system has finished growing: “To compete in the races with the largest purses — which are for 2 and 3-year-olds — horses must be trained and raced at too young an age, before their bones’ growth plates have matured. This causes many lower-limb ailments and injuries, including fractures, pulled ligaments, and strained tendons. Such injuries are common in horse racing.”

It takes a real horse lover to ‘understand’ yet completely ignore the physical limitations of young horses for the sake of profit.

5. If we didn’t use horses for our own benefit, what purpose would they have?

At this point, “equine sports activists” are pretty fed up with everything I’ve said. Look here, horses were MADE for man to ride them, to use them however we see fit. We own horses, we are entitled to their lives because we bred and raise them!

Suddenly the facade of being a friend to horses fade, and out steps the real spirit of horse racing: cruel individuals who see horses not as sentient animals but as inanimate moving objects that belong to the human race. Yet neither horses, nor sheep, nor cows, nor any other animal – whether they have hooves or paws or fins – are slaves of the human species. We were not given a deed to the lives of every other animal on the planet, we were given the possibility to co-exist with other animals peacefully. Yet we have rejected that opportunity.

Horses do not exist for our sake, they exist for their own. No living being needs to be given the purpose of an exploited object. In the same way that you and I might justify our existence without being exploited by another, so too can horses live happy and comfortable lives without being raced or ridden. Check out (and consider donating or volunteering with) Redwings Horse Sanctuary to see how easy it is for horses to exist without having one of us so-called “evolved” apes strapped to its back.