Out With the Races: The Cruel Truth Behind Horse Racing 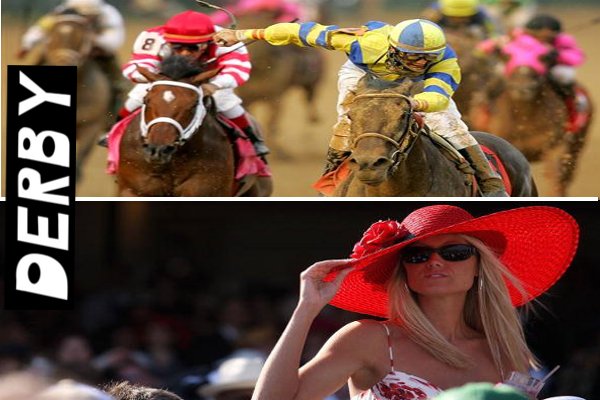 So here we are, a day after the Kentucky Derby, with the Preakness and Belmont Stakes galloping close behind.

Just last month, Dooneys Gate and Ornais died in the Grand National at Aintree, near Liverpool. The winning horse, Ballabriggs, was too exhausted to be ridden into the winner’s enclosure. Each year, some 18,000 foals are born into the British and Irish racing industries. Fewer than half of them will go on to race. The fate of those who don’t make the grade is rarely discussed on television or in betting rooms. Of those who race, about 420 each year will be run to death, according to Horsedeathwatch.com, which has tracked horse deaths since March 2007.

The horses don’t all die in plain sight. Some racers or jumpers die hours or days after an event, victims of leg injuries or bleeding lungs.

Yes, as I child I watched jumping events. I bet on the Grand National and the Kentucky Derby. Who among us hasn’t? They are presented as national or cultural events. In many U.S. households, parties with mint juleps turn the event into a holiday.  Yet we’ve also have heard the shocking stories. Barbaro won the 2006 Kentucky Derby, but after shattering a leg two weeks later in the Preakness, only lived a matter of months beyond that win. Barbaro did not even live to see a fourth birthday.

The show went on. After Eight Belles was raced to death in the 2008 Kentucky Derby, William C. Rhoden in the New York Times compared the custom of “thousand-pound horses racing at full throttle on spindly legs” to bullfighting, and went on to say: “Eight Belles was another victim of a brutal sport that is carried, literally, on the backs of horses. Horsemen like to talk about their thoroughbreds and how they were born to run and live to run. The reality is that they are made to run, forced to run for profits they never see.”

Speaking of profiting, Kentucky’s Republican Senator Mitch McConnell was able to get tax breaks for the thoroughbred racing industry inserted in the 2008 farm bill – breaks worth $126 million over ten years. The provision has all racehorses depreciated over three years for tax purposes, regardless of when the horses start training.

According to the Department of Agriculture, horses are Kentucky’s largest agricultural product. The industry represents $3.5 billion to the state economy and directly employs more than 50,000 state residents.  According to the American Horse Council, an association that represents the industry, “The horse industry has a direct economic effect on the U.S. of $39 billion annually.”

Clearly the vested interests are significant. But if the New York Times can have a discussion that interrogates this industry, surely the rest of us ought to be presenting one. And not just about points such as disallowing whips, or changing breeding rules. The focus should be on stopping the use of horses, whether that involves thoroughbred racing, jumping and showing, fox hunting, barrel racing, tourist carriages or polo.

Let us take the pledge not to use horses, bet on them, or watch events that perpetuate this industry. Let us write to our local newspapers to raise consciousness. When – and only when – we stop treating horses (and all other animals) as our things, tragedies such as the deaths of Dooneys Gate and Ornais, Eight Belles and Barbaro will stop.

Lee Hall is the co-author of Dining with Friends: The Art of North American Vegan Cuisine as well as various articles, books, and encyclopedia entries on food security, climate and migration, environmental law, the feminist movement and animal rights. Lee’s most recent book is On Their Own Terms: Bringing Animal-Rights Philosophy Down to Earth. Lee has taught immigration law and animal law, and now works full-time as the legal affairs VP for the international advocacy non-profit Friends of Animals.