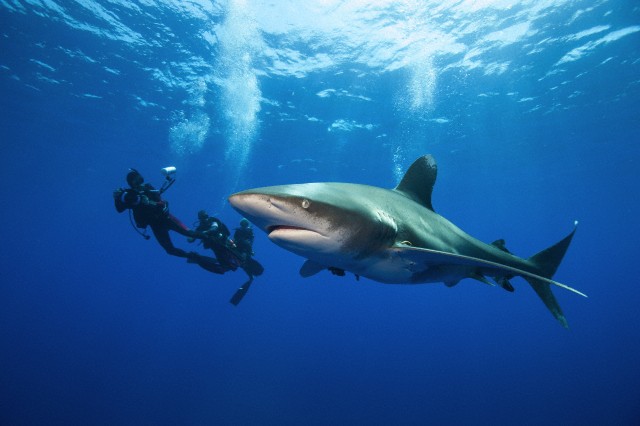 After a number of shark attacks on bathers, the Western Australian government implemented a program that involved lining the waters near popular beaches with baited drum lines. These drum lines were traps that would hook any shark that went after the bait and trap them underwater. Unable to breathe, the shark would eventually die. The program gained much criticism from marine conservationists, largely because the drum lines were ineffective in capturing the species of shark responsible for the attacks on humans (Great Whites), but were instead killing endangered tiger sharks and other marine species.

A lengthy debate over the efficacy of the drum lines pursued and it was ultimately decided that the program would thankfully come to an end. Within a few weeks, however, of the controversial policy being axed by the Federal Government, a surfer was gravely injured by two sharks as he paddled his board out from a beach near Esperance, on Western Australia’s south coast.

After this incident was reported, the Western Australian Government immediately contacted the Federal Environment Minister to gain approval for capturing the sharks responsible. Even though the injured surfer had told his rescuers that he believed it was two bronze whalers  that had attacked him, the Great White once again, became the targeted species. Within two hours of the attack, two Great White’s were captured and killed. A shoot first and ask questions later policy.

2014 has seen many shark encounters worldwide. As of September there had been 75 reported encounters, 6 of those fatal. The fatalities occurred in Australia (4), South Africa (1) and Bahamas (1). There is no denying that every time we enter the water, we do so at our own risk. However, we have to protect these endangered predators because, whether people like it or not, they are important to the ecology of the planet.

The Importance of Shark Populations

Sharks are apex predators, and are found in all oceans of the world. At the top of the food chain they prey on the weaker members of fish populations thus assuring that only the healthiest and strongest survive to reproduce. Take away these predators and large fish species numbers will grow exponentially. Greater numbers of  large fish will feed on greater numbers of smaller fish and then there are less at the lower ends of the food chain.

The same species that are the lifeblood of many human populations. Not only this but sharks are also scavengers and so keep the sea floor free of carcasses. It has also been noted in studies in Hawaii that when tiger sharks are removed from an area then the turtle population increases. The turtles feed on the sea grass and without predators in an area will feed until there is no sea grass left.  Sharks are also vulnerable by the fact that they mature slowly and have low rates of reproduction.

The oceans need sharks to maintain their delicately balanced ecosystem. So, killing them to ensure our safety when in the water should hardly be considered a solution. Luckily, there are many ways that land dwelling humans can still enjoy the ocean and protect themselves as well as the creatures whose home they are entering.

1. Think about what you are wearing to the beach.

There is a new school of thought that wetsuits in a disruptive pattern may deter shark attacks. Although sharks are color blind, they see blocks of black or grey. If the block color is disrupted then they do not see it as a solid object. There are now patterned wetsuits on the market.

You could buy yourself a shark deterrent, currently being used by the U.S. Coastguard and Australian Navy Divers. There are versions available for surfing and diving. The instrument is worn strapped to your ankle and it emits an electrical pulse that only sharks are sensitive to, this is due to highly sensitive receptors in their snouts which have the grand name of ‘Ampullae of Lorenzini’.

If these previous deterrents are outside your budget, the following are recommendations from Australian Geographic on how to protect yourself from potential attack.

Now, if I was a shark, where would I lurk?

3. What not to take to the beach with you.

Leave your jewelry at home, sharks are attracted by shiny things and it is suggested that you also avoid wearing yellow, flesh or white colors.

Oh, and leave your AC/DC music at home! Adventure Bay Charters, a cage diving organization that operates in does not use bait to attract the sharks … instead, they play AC/DC. Some would say that sharks have good taste in music…

Simple Steps to Save the Shark

There is a reason that humans feel out of the depths in the ocean is because we have evolved to live on land. The average person has little to know understanding of how marine species behave or interpret human actions. There are countless myths floating around about sharks and their propensity for eating humans, but the truth is, sharks are threatened more by humans than we are by them. Every year 100 MILLION sharks are killed, either for their fins, as bycatch, or as part of culling programs like Western Australia’s drum line policy.

As top ocean predators, we need sharks in order to have healthy, thriving oceans. While we might think that our perceived safety is more important than anything, the fact remains that every time you venture into the ocean you are taking a calculated risk. This is not to say you should avoid the ocean, quite the opposite, it is just imperative that you are equipped with all the tools and knowledge possible to keep yourself, as well as the ocean’s many inhabitants safe.