6 Myths the Beef Industry Wants Us to Believe 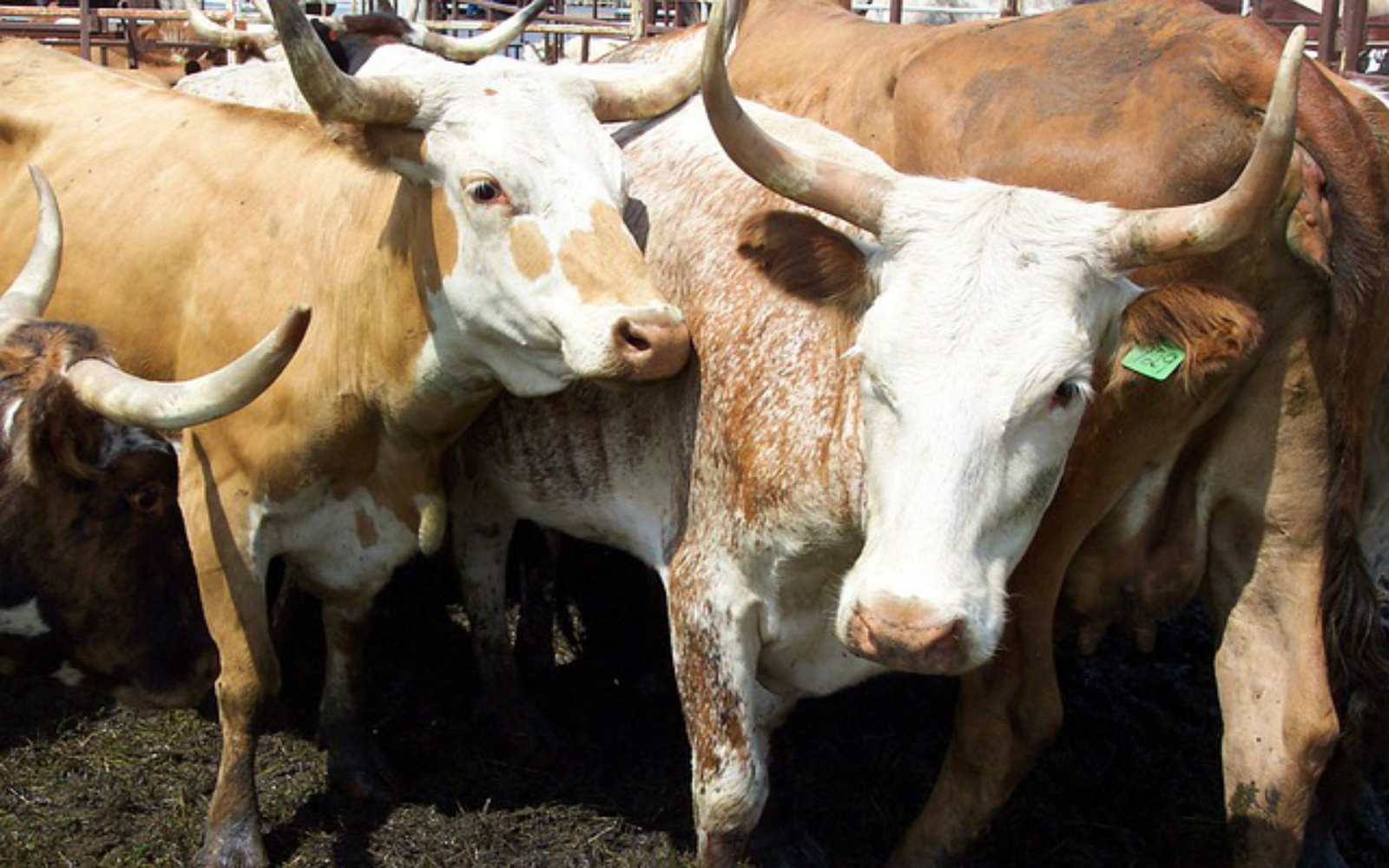 The Beef Industry would have us believe that not eating beef is flat out un-American. Throughout the years, the marketing departments of corporate beef companies have spewed out every type of myth imaginable to keep us from reconsidering a life without red meat.  Here are six of the most prevalent beef industry myths debunked.

Numerous prestigious medical institutions including the American Dietetic Association (ADA) have concluded a meat free diet for growing children is “healthful, nutritionally adequate, and may provide health benefits in the prevention and treatment of certain diseases.”

Moreover, the ADA states that a well planned vegan diet is “appropriate for individuals during all stages of the life cycle, including pregnancy, lactation, infancy, childhood, and adolescence and for athletes.”

The University of Michigan Medical School says that a diet without meat is very safe and healthy for your child and having a young vegetarian or vegan member in the family provides a great opportunity for everyone to learn more about nutrition and find creative ways to eat well.

Quite simply, a well-planned vegan diet rich in fruits, grains, and veggies will meet kids’ nutritional needs and have the additional health benefit of being high in fiber and low in fat, factors known to improve cardiovascular health by reducing blood cholesterol and maintaining a healthy weight.

Contrary to what was shoved down our throats as children and what the beef industry would want us to believe, eating beef doesn’t increase muscle mass any more than a healthy balanced diet of fruits, nuts, grains, and vegetables.

The gladiators of ancient Rome did not eat meat so it should come as no surprise that countless modern day body builders are plant-based and derive no muscle mass from beef or any other animal-based food. Lentils, spinach, broccoli, and soybeans have more protein per calorie than beef as do most different types of legumes.

Seriously, how many more scientific studies have to conclude that eating beef greatly increases one’s chances of getting colon cancer before people actually start believing it? Recent scholarship published by the Harvard Medical School (yes, that Harvard Medical School) cited research that tracked nearly half a million men and women who were free of cancer when the study began. At the end of the study, the people who ate the most beef were about 33 percent more likely to develop colon cancer than those who ate little or no beef.

A recent medical study at UCLA revealed a direct link between beef consumption and Alzheimer’s Disease and there is abundant scientific evidence linking beef consumption with Type II diabetes, cardiovascular disease and other forms of cancer.

A popular sub point of the “Eating Beef Makes You Healthy” myth is that without red meat the human body doesn’t get enough iron. However, medical studies have shown that non-meat eaters who eat a balanced diet don’t have any more iron-deficiency anemia than meat eaters. This is because, although the iron found in plant foods (non-heme) is not as well absorbed into the body as the iron from animal foods (heme), vegans and vegetarians eat a higher volume of iron-containing foods like spinach, nuts, and broccoli and therefore end up getting just as much or more iron than meat eaters (and none of the saturated fat and cholesterol). Additionally, while iron is better absorbed from heme sources, non-heme iron is better regulated by the body. And finally, most plant foods naturally contain Vitamin C, which aids the absorption of the iron.

This myth is about as believable as saying that cows would rather die and be our dinner than live their own lives in peace. The fact is that over three quarters of all beef in America comes from factory farms where the cows are fed an unnatural diet of grains, hormones, and antibiotics. They stand in their own waste in overcrowded, barren feedlots devoid of any pasture or shelter, endure stress related depression and often suffer from severe digestive disorders caused by the unnatural diet they are forced to consume.

And as readers of One Green Planet know, the environmental impact of factory farms is just as staggering. Every pound of beef produced requires between 1,600-2,500 gallons of water compared to about 100 gallons for a pound of wheat. A person can save more water by simply replacing a pound of beef in their diet with plant foods than by not taking a shower for six months. And in 2006, a study by the United Nations Food and Agriculture Organization reported that the world’s meat-producing industry contributes more greenhouse gases (which cause global warming) into the Earth’s atmosphere than the emissions of all cars, trucks, airplanes, and trains put together.

5. The Human Body Evolved to Eat Meat and Needs It to Survive

Consider this — our human bodies share the same stylized internal organs as other plant eating herbivores, the most convincing being our complete digestive system, starting with the same developed teeth, jaws, saliva, and tongue and continuing into the stomach, intestines, and liver. Everything from the way we chew our food, the type of enzymes secreted in our saliva and the length of our intestines is that of other herbivore animals — and our primate ancestors.

It is apparent that our natural instincts are non-carnivorous, too. Lions, wolves, and other carnivore species find the smell of dead animals and blood appealing. How do you think they smell?

The sports world is full of accomplished athletes who do not eat beef and are at the top of their game.  Some of the greatest athletes of all time were vegetarian or vegan. Carl Lewis, widely regarded as one of the most accomplished athletes of all time, credited his record-breaking 1991 results to going vegan the previous year and to this day still promotes a meat free diet. Vegan triathlete Dave Scott holds the record for most Iron Man World Championship victories ever. The legendary tennis player Billie Jean King never ate beef during her playing days and is still a committed vegetarian. Even big, burly NFL lineman like the Oakland Raider’s David Carter are committed vegans and derive all their strength and power from cruelty free food sources.

You don’t need to be a world-class athlete, however, to benefit from all that a plant-based diet has to offer. Join the millions of others who have found out that living without beef and other animal products is the best way to enjoy a healthy, vibrant life.