How to Feed Vegan Kids 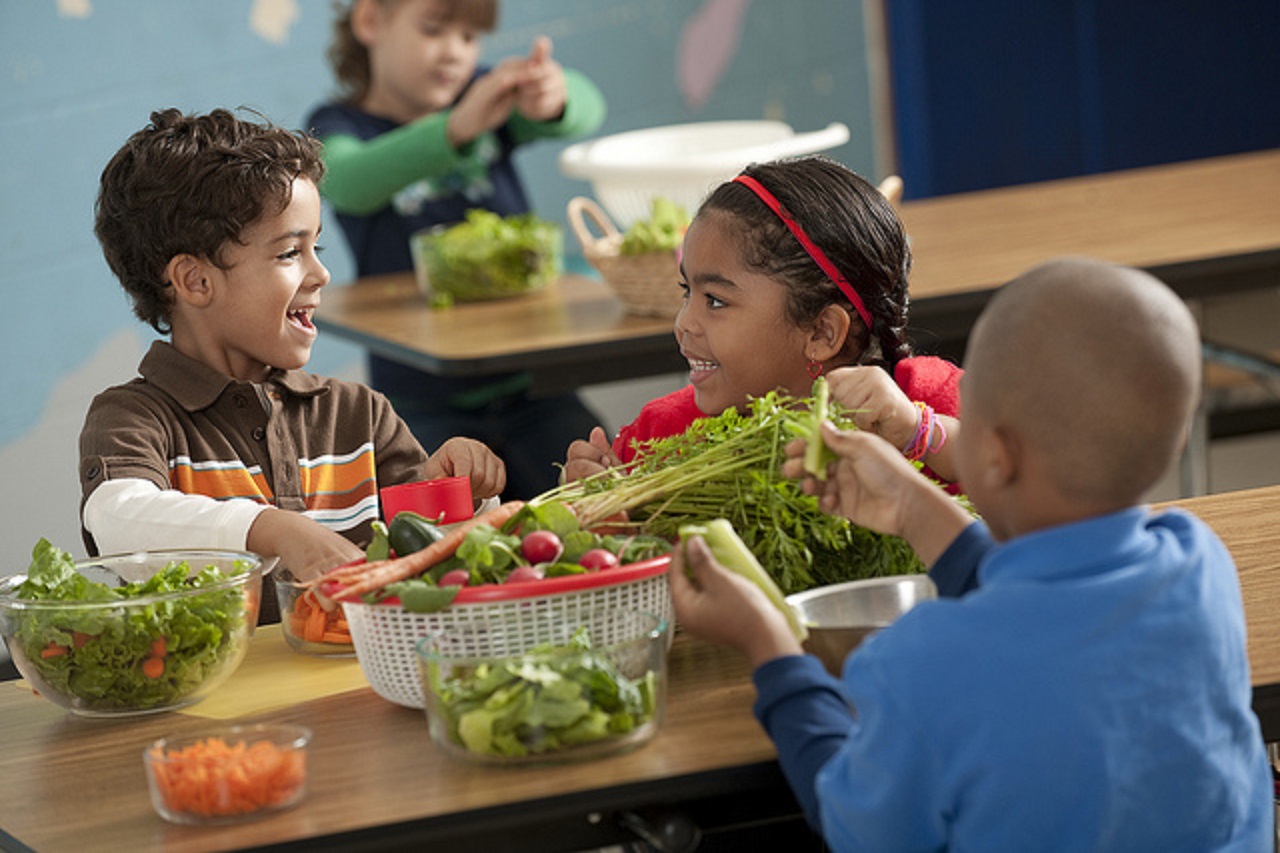 Several studies have been reported showing that the growth of vegan children is slower than that of non-vegans. Studies such as these are often cited as evidence that vegan diets are inherently unhealthy. However, when the studies are examined more closely, we find that they are often based on vegans who have very low calorie or very limited diets (only fruit and nuts for example). In addition, many vegan infants are breastfed. Babies who are breastfed tend to gain weight more slowly before their first birthday than do bottle-fed babies. Up until a few years ago, vegetarians whose babies were breastfed were justly suspicious of growth charts. Before 2006, growth charts for infants were mainly based on the growth of babies fed infant formula. Growth charts based on formula-fed infants may make it seem that breastfed infants are not growing well. In 2006, the World Health Organization (WHO) released growth charts that were based on the growth of breastfed infants. These growth charts, which show what normal growth should look like, are called the WHO growth charts and should be used to assess growth of children less than 2 years of age. Older children are monitored with growth charts from the Centers for Disease Control (CDC).

An additional question that must be asked is, “What is a normal growth rate?” Growth rate is assessed by comparing changes in a child’s height, weight, and head circumference to rates of growth that have been established by measuring large numbers of apparently healthy children. Once your child’s height and weight are measured, the measurements are compared to growth curves – graphs that show growth patterns of children by age. There is no single perfect growth rate. Instead, growth charts are set up using percentiles. If your child’s height is at the 50th percentile, that means that 50 percent of children of that age are taller and 50 percent are shorter. Similarly, a weight at the 25th percentile means 25 percent of children weigh less and 75 percent weigh more at the same age.

Of course, when any child is evaluated, factors such as the size of the parents and whether or not the child was born prematurely or if there are health issues are taken into consideration.

The best way to assure that your children achieve their ideal rate of growth is to make sure that they have adequate calories.

Some vegan children have difficulty getting enough calories because of the sheer bulk of their diets. Children have small stomachs and can become full before they have eaten enough food to sustain growth. The judicious use of fats in forms like avocados, nuts, nut butters, seeds, and seed butters will provide a concentrated source of calories needed by many vegan children. Dried fruits are also a concentrated calorie source and are an attractive food for many children. Teeth should be brushed after eating dried fruits to prevent tooth decay.

Diets of young children should not be overly high in fiber since this may limit the amount of food they can eat. The fiber content of a vegan child’s diet can be reduced by giving the child some refined grain products, fruit juices, and peeled vegetables.

Sources of protein for vegan children include legumes, grains, tofu, tempeh, soy milk, nuts, peanut butter, tahini, soy hot dogs, soy yogurt, and veggie burgers. Some of these foods should be used daily. Children should get enough calories so that protein can be used for growth in addition to meeting energy needs. The calorie content of the diet can be increased by greater amounts of nut butters, dried fruits, soy products, and other high calorie foods.

Adequate exposure to sunlight, 20 to 30 minutes of summer sun on hands and face two to three times a week, is recommended to promote vitamin D synthesis. If sunlight exposure is limited, dietary or supplemental vitamin D should be used.

Although today more and more children are vegan from birth, many older children also become vegan. There are many ways to make a transition from a non-vegan to a vegan diet. Some families gradually eliminate dairy products and eggs, while others make a more abrupt transition. Regardless of which approach you choose, be sure to explain to your child what is going on and why, at your child’s level. Offer foods that look familiar, at first. Peanut butter sandwiches seem to be universally popular (beware: some kids are allergic to peanut butter) and many children like pasta or tacos. Gradually introduce new foods. Watch your child’s weight closely. If weight loss occurs or the child doesn’t seem to be growing as rapidly, add more concentrated calories and reduce the fiber in your child’s diet.

This article was excerpted from Simply Vegan, 5th edition, 2012, published by The Vegetarian Resource Group.