Congress Must Improve Our Food and Farm Systems. There’s a Bill for That. 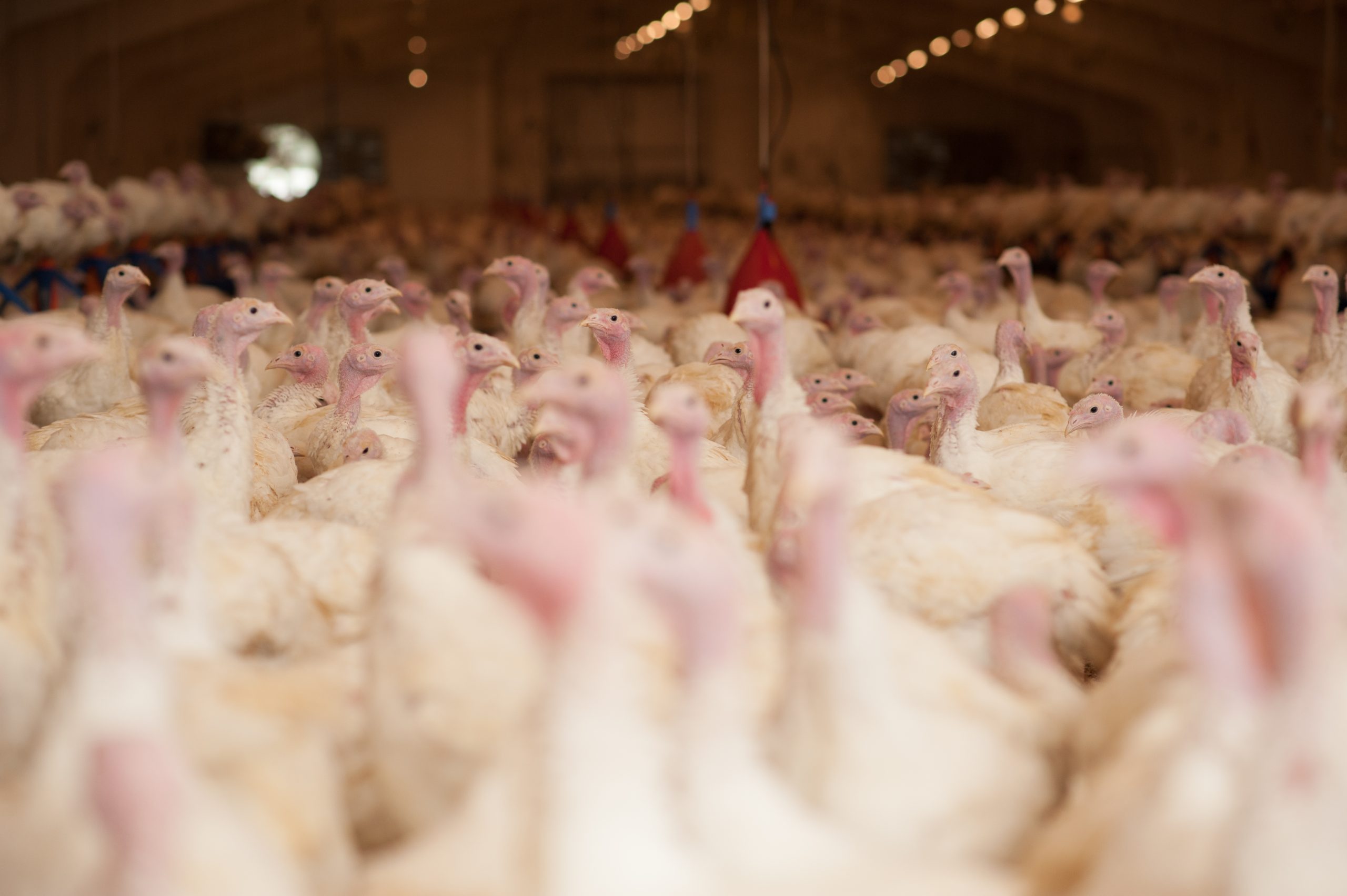 Eating turkey may be a Thanksgiving tradition, but there is no longstanding tradition behind the cruel and unsustainable way most turkeys are raised today. The modern industrial factory farming system churning out millions of birds for tables across the country—and more than 9 billion chickens, pigs, and cattle annually—is a world away from the farms that produced animals for food just a few generations ago. The consequences of this industrial agriculture take-over have been devastating for animals, the environment, communities, and human health.

The vast majority of Thanksgiving turkeys are raised indoors in crowded sheds with tens of thousands of other birds.  They’re unable to carry out natural behaviors and often struggle to hold up their weight due to more than 60 years of selective breeding that favors unnaturally oversized bodies. As a result, today’s turkeys are twice as big as traditional turkeys from past decades. The average weight of a modern bird is 31 pounds, more than twice the weight of the turkeys raised in the 1960s. Factory farm turkeys reach these weights in just a few months—an alarmingly fast growth rate that breaks bones and puts painful strain on their bodies.

Consolidation in the turkey industry has allowed a handful of companies to dominate the marketplace, ensuring large, fast-growing turkeys monopolize the supermarket aisle with limited competition from more humane growers. Currently, just four companies own nearly 60 percent of the turkey produced in the United States. The Butterball (owned by Seaboard Corp. and Goldsboro Milling Co.) and Jennie-O Turkey (owned by Hormel) brands alone make up more than one-third of that figure.

This consolidation and dominance by large companies isn’t limited to the turkey industry, or even to industrial animal agriculture in general. In 1987, small farms selling less than $350,000 worth of products made up 37 percent of all agricultural products sold. Twenty-five years later, that number dropped down to just 14 percent. The percentage of total sales made by larger farms—farms that sold more than $1 million in products—jumped from 38 percent in 1987 to 66 percent in 2012. This trend removes more humane choices for consumers, while propping up bad actors.

The shift away from smaller, independent, free-range, or pasture-based farming to factory farming on concentrated animal feeding operations (CAFOs) has caused unimaginable farm animal suffering, polluted local air and water, contributed significantly to methane emissions and climate change, devastated rural communities, limited farmer autonomy, and endangered farmworkers. As a country, we must transition away from this harmful system to a more humane and sustainable one. A new bill in Congress would help us do just that.

The Farm System Reform Act (H.R.4421/S.2332), introduced this summer by Sen. Cory Booker (D-NJ) and Rep. Ro Khanna (D-CA), lays out a road map for a more humane, robust, and fair food system. Specifically, the bill would place an immediate moratorium on the construction and expansion of large factory farms, phasing out their operation entirely by 2040—effectively reining in the outsized power of a few large corporations.

The bill would also provide $10 billion in annual funding to help CAFO operators transition to more humane and sustainable systems, including raising animals outdoors on pasture or switching to sustainable crop production. The Farm System Reform Act also offers more oversight of animal agribusiness, protecting farmers from predatory contracts and ensuring that local communities have legal recourse against large companies for the economic, environmental, and public health harms caused by their factories.

There is no question that independent, sustainable, and higher-welfare farming is better for our society. It maintains healthy air and waterways, keeps more money in farmers’ pockets and in local communities, improves working conditions for agricultural workers, and provides better lives for animals. What is still a question is whether our political leaders are willing to avert disaster and enact policies that will promote this healthier, more humane, and more sustainable form of food production—or whether our government will continue to uphold and protect the destructive,  abusive system we have today.