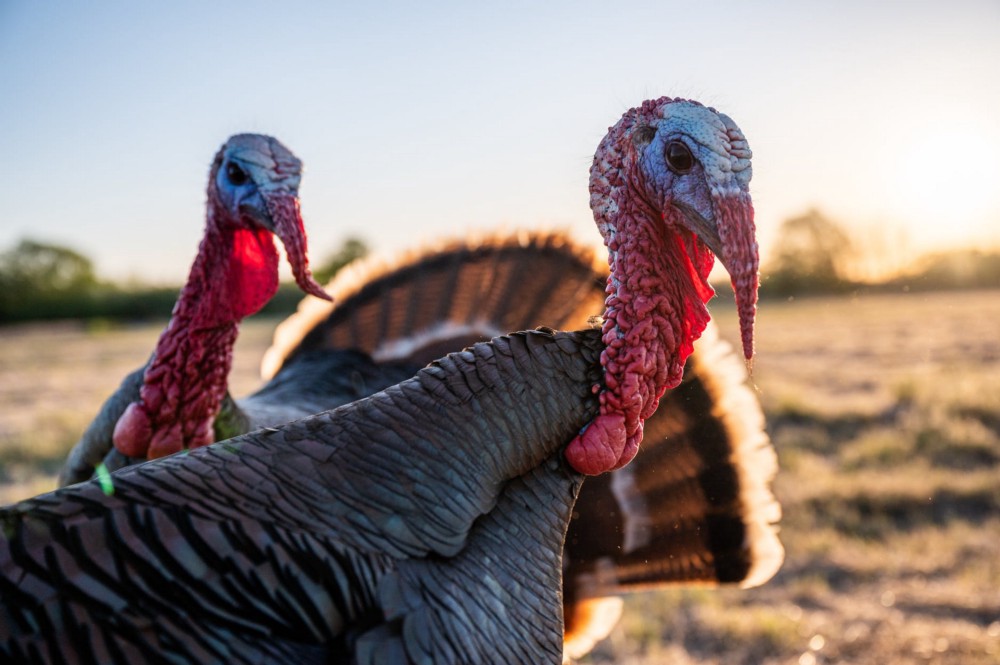 For a holiday grounded in tradition, this Thanksgiving is going to feel unsettling: face masks, socially distanced gatherings around an outdoor fire pit, and even Zoom calls with relatives from afar. In the midst of such a shakeup, perhaps the most grounding step we can take is to reflect on our old traditions and whether they truly serve us, our families, and our communities — especially when it comes to the focal point of the holiday for millions of American households: the bird on the table.

The origins of the turkey at the center of our holiday meal are actually murkier than the widely embraced narrative of the “First Thanksgiving” celebrated between the Pilgrims and Wampanoag tribe, which was, in reality, an unremarkable occasion that may not even have featured turkey at all. And, of course, the account completely sidesteps the grim history of raids, murders, and other crimes committed against Native Americans by European colonists. Nonetheless, the turkey took on a starring role in early American literature — particularly the 1827 novel Northwood by Sarah Josepha Hale, who campaigned for Thanksgiving to become a national holiday to bring the U.S. together and stave off the inevitable Civil War. Unfortunately, though, the turkey and its holiday could not thwart the South’s unrelenting quest to preserve slavery by going to battle with the Union.

Despite the raging war, or perhaps aided by it, warming tales of Native Americans and new generations of European Americans all holding hands and giving thanks have persisted in our textbooks and our culture to this day, when we now collectively eat a whopping 46 million turkeys. But gone are the days of turkeys raised on family farms, or even the less palatable forced marches of wild turkeys to slaughter. These birds’ modern place — inside the industrial animal agriculture industry — is now not only the turkey’s tragedy. The production of our Thanksgiving meals is actively harming us, and especially the most marginalized among us, all while masquerading as a badge of national unity and gratitude.

A Grueling Toll on Workers

Let’s start by peeling back the fancy “American Humane Certified” and similar labels on brands like Butterball that were designed to win consumers’ trust while obfuscating the injustice, environmental devastation, and cruelty behind their products. For the harrowing reality behind the packaging, we can give thanks to the vertical integration of poultry farming over the last half century by a handful of these massive corporations, forcing former family farmers into below-poverty wages and mountains of debt. Meanwhile, inside poultry slaughterhouses, workers — the majority of whom are immigrants and people of color — are also low-paid, often needing to rely on food stamps to get by, and, as recently revealed by Oxfam, many even resort to wearing diapers because of being denied bathroom breaks.

Then, as the pandemic gripped the nation earlier this year, fast-paced, dangerous slaughterhouses quickly became hotspots of infection. Forced to continue working by Executive Order despite rising cases, slaughterhouse employees were often denied adequate PPE and the ability to practice social distancing. According to the Food and Environment Reporting Network, there have now been over 42,000 coronavirus cases and 200 deaths in meatpacking workers. One plant inspector called the slaughterhouse a “ticking time bomb.”

This recent crisis is just the tip of the iceberg of the dismal and oppressive history of factory farms and slaughterhouses. An article in Environmental Health Perspectives explains the mechanism behind a unique form of environmental racism: “Swine CAFOs [concentrated animal feeding operations] are disproportionately located in black and brown communities and regions of poverty.” These factories host massive open-air lagoons of pig manure, which are then sprayed onto crops as fertilizer. Surrounding communities report high rates of respiratory irritation, depression, and fatigue and lower quality of life. As for turkey farming specifically, says Jeanne Melchior, acting president of environmental nonprofit Protect Our Woods, “The smell of the turkey houses is terrible. … You can see mounds of manure stacked in the fields. They try to spread it or haul it off, but when it rains, it just runs into the rivers.”

And as more than 41 million Americans (again, heavily concentrated in Black and brown communities) struggle with hunger, animal agriculture consumes enormous water and land resources. Over 500 gallons of water are needed to produce a single pound of turkey, and for beef, this number skyrockets to 1,800 gallons (whereas kidney beans require just a tenth of the latter figure). Collectively, about 27 percent of our global water footprint can be attributed to this industry, which takes up just as great of a proportion of the world’s ice-free land. In the absence of meat, dairy, and egg production, we could free up an area of land as large as the U.S., China, E.U, and Australia combined — while still feeding everyone.

With what will we feed them, though? When we begin eschewing this harmful menu default, we can start embracing new traditions that foster resilient, healthy, and sustainable communities. Harking back to that old Thanksgiving mythology that largely omits America’s rich, complex, and often tragic indigenous history, many Native American chefs are addressing the lack of cultural representation in standard American holiday cuisine by “decolonizing” their dishes, which, according to Nephi Craig, founder of the Native American Culinary Association, means “to examine what you’ve been taught around food or nutrition, and to take a deep look to see if the standard American dietary pyramid reflects you as an individual.” He further elucidates that this “could be a plant-based meal … It comes down to responsibly sourcing your food based on your views on decolonization and food security.”

All Americans can join Nephi in asking ourselves that question: What does our Thanksgiving meal truly mean to us? Already, millions of people are discovering that we can actually live our values of inclusivity, diversity, and justice through a healthy and hearty feast. Last year, nearly a third of Americans were contemplating enjoying a meatless Thanksgiving dinner. And as the holidays creep up, a new ASPCA survey has just found that over 70 percent of people who heard about the dangers behind factory farming during the pandemic have begun moving away from these products.

This holiday, we’ve already been forced to press pause on what we’ve always done. Let’s use this opportunity to start a new Thanksgiving default, one of resilience, one that helps everyone thrive, and one that centers plants on our plates. With endless possibilities like BBQ roasted cabbage with tempeh, butternut pumpkin with lemon tahini, North African spiced carrot and parsnip salad, and even vegan pumpkin pie ice cream, this new tradition will be something everyone (and our taste buds) can be thankful for.