Life can sometimes feel like a balancing act if you’re constantly trying to juggle a heaping to-do list. As important as it is to be productive, too much on your plate can sometimes amp up your stress to unbearable levels.

Thankfully, combatting anxiety has never been easier — or more natural — because herbs can work wonders on your wandering mind. Here are 12 anxiety reducing herbs and how to incorporate them into your diet when stress strikes, with recommendations from our Food Monster App. 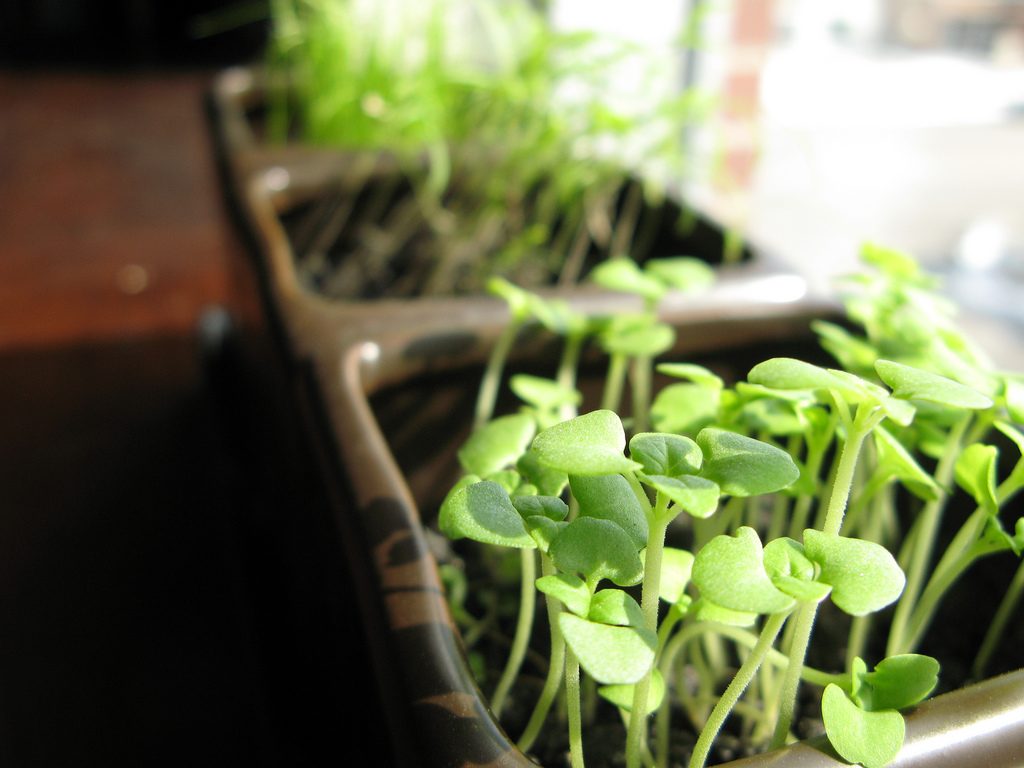 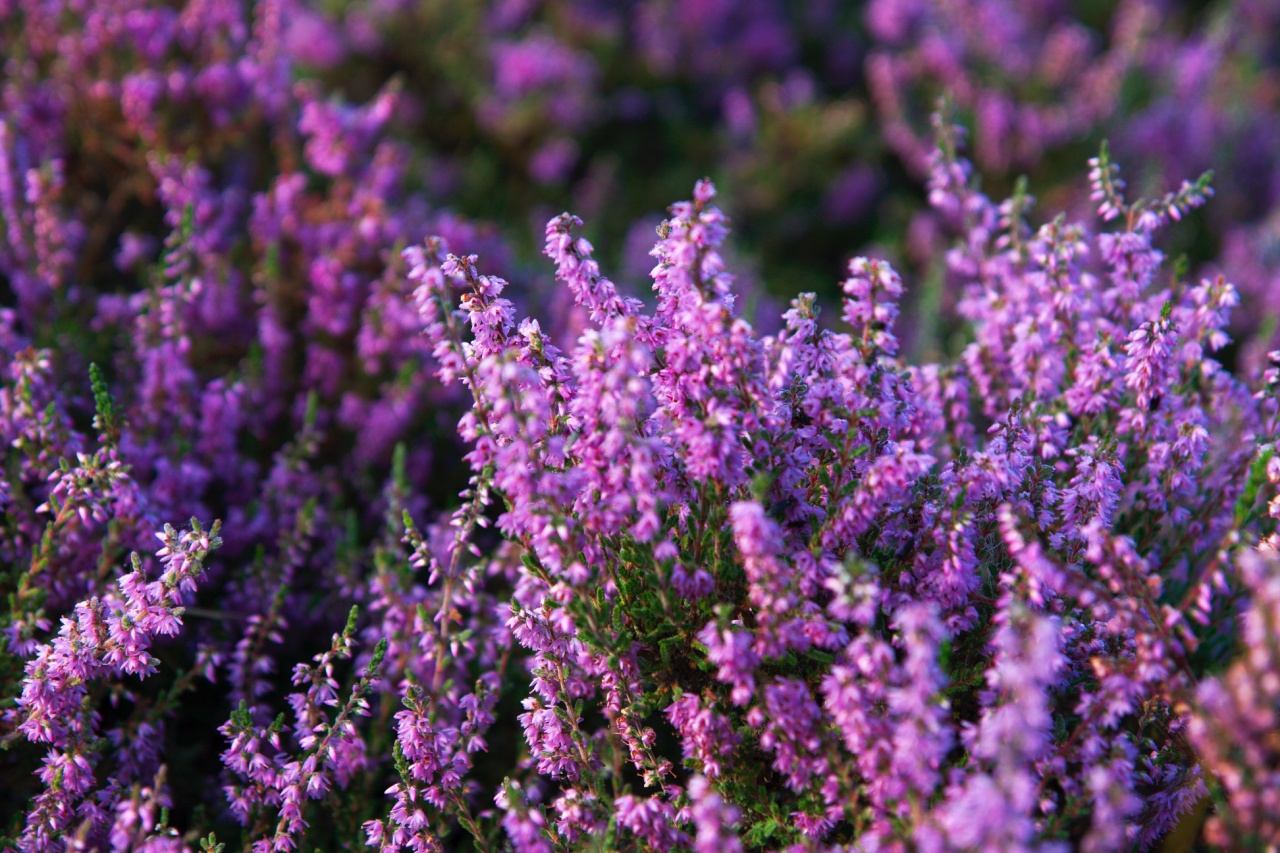 Lavender is not only beautiful and deliciously fragrant, but it’s also known to combat stress, anxiety, and insomnia. This powerful herb can be used in a multitude of ways, from diffusing lavender essential oil in your home to consuming lavender flowers in baked goods.

Serenity will wash over you as you try this Raw Lavender and Lemon Cheesecake, or these Lavender Vanilla Dream Balls. 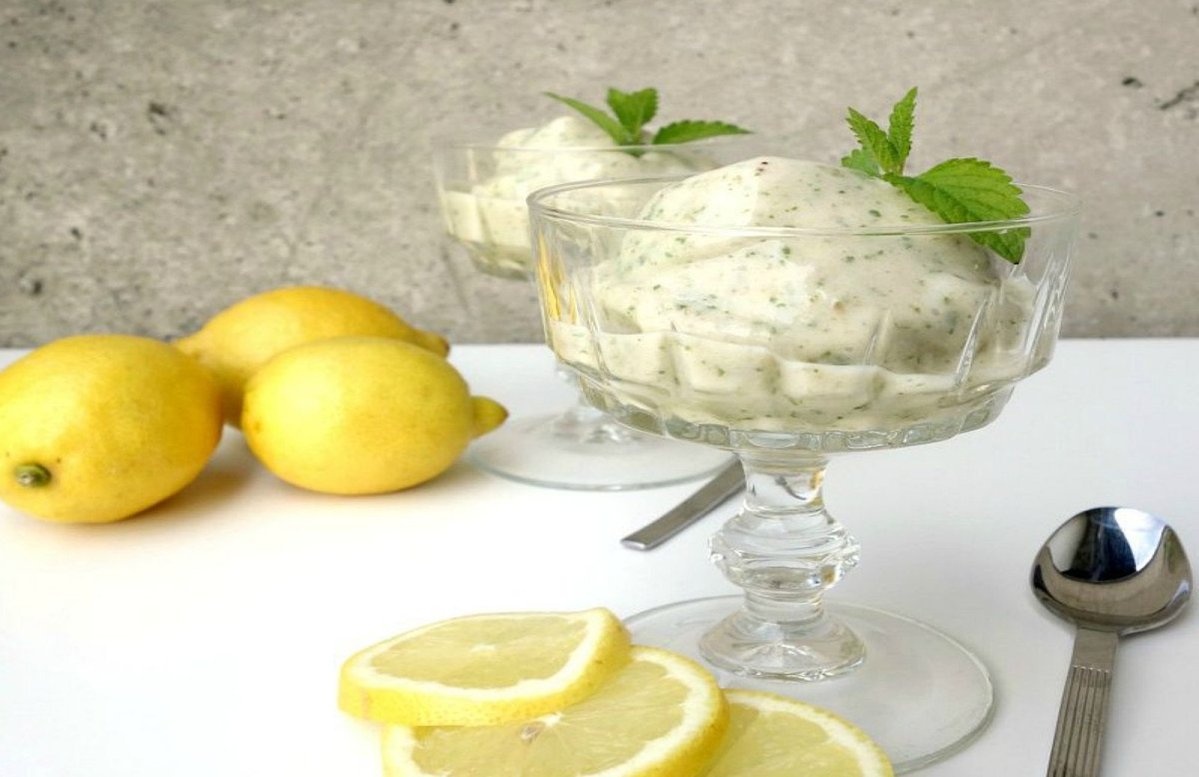 A member of the mint family, lemon balm has been used for centuries to reduce stress and promote sleep.

The sweet aroma alone will induce relaxation almost instantly, but take it to the next level with this tangy Lemon Balm Ice Cream, pictured above. 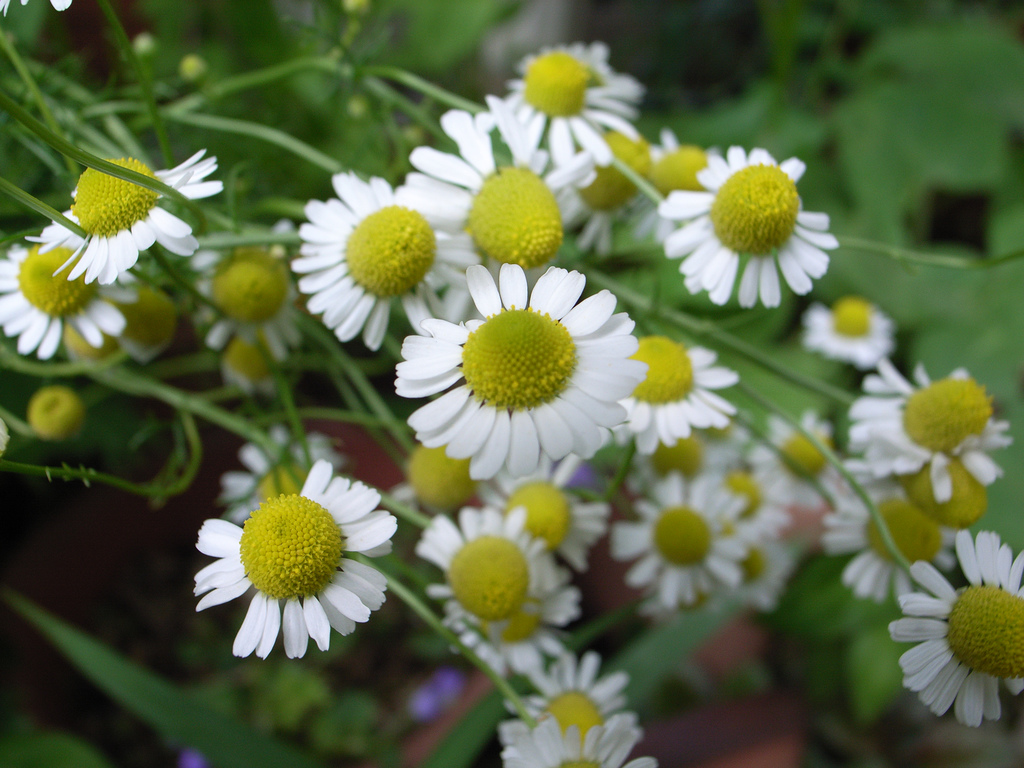 Known to ancient Egypt, Greece, and Rome, the chamomile flower has long been a remedy for insomnia, unraveled nerves, and general anxiety.

Chamomile is most commonly consumed in tea form, but the flowers are delicious in food as well. For unique ways to try chamomile flowers in your cooking try this Chamomile Panna Cotta with Citrus Fruits, or some Peach and Chamomile Ice Pops. 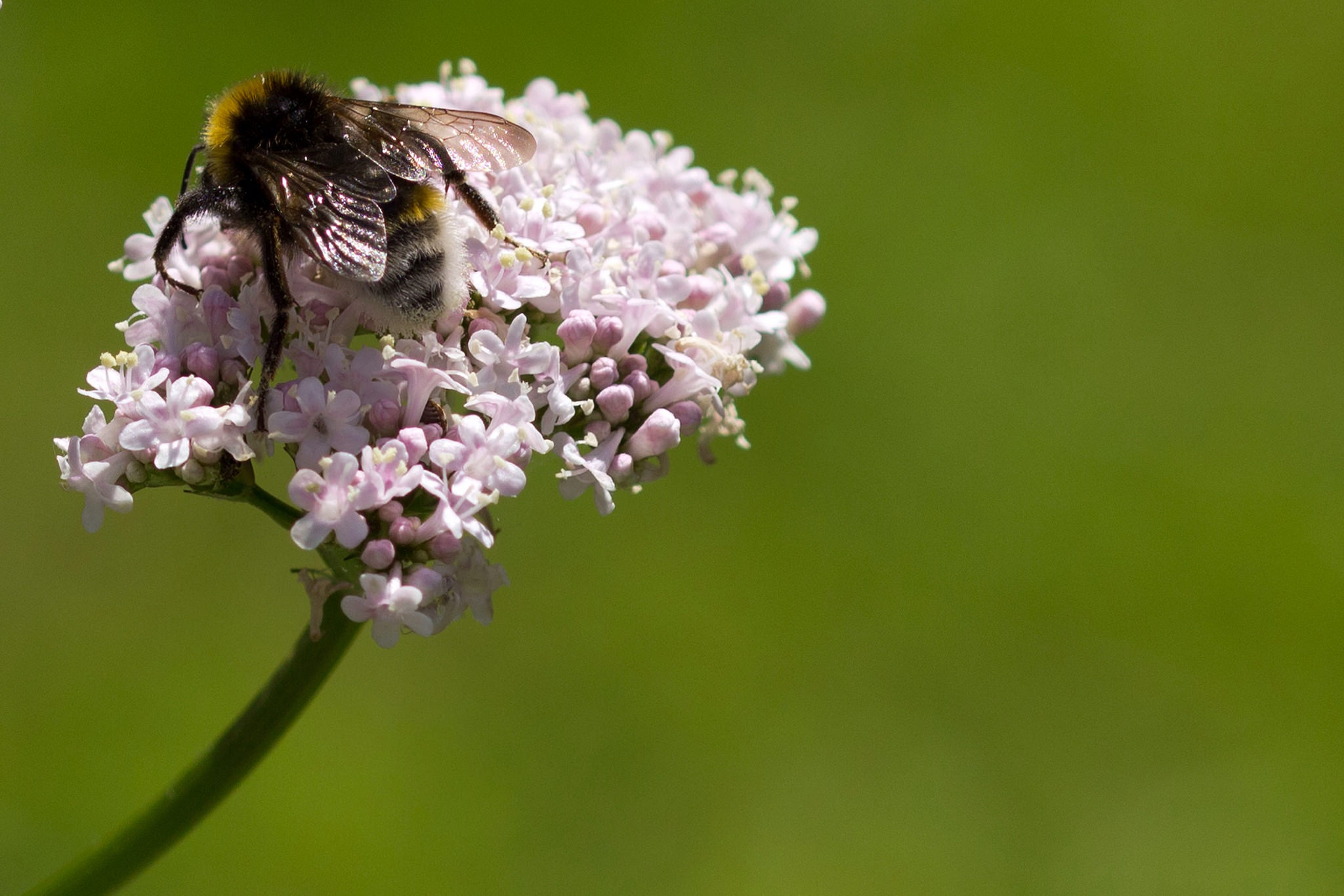 Valerian, a pink perennial, flowering plant, first gained popularity in the 17th century as a means to ease nervous restlessness and anxiety. Scientists speculate that ingesting valerian promotes a mild sedative-like effect because it increases the quantity of the chemical gamma aminobutyric acid in the brain, reducing excitability.

Valerian root can be taken in supplemental form, and is often an ingredient in teas that promote restfulness and relaxation. Try valerian root tea in place of dandelion root in this Iced Dandelion Root Latte before bed to wash your troubles away. 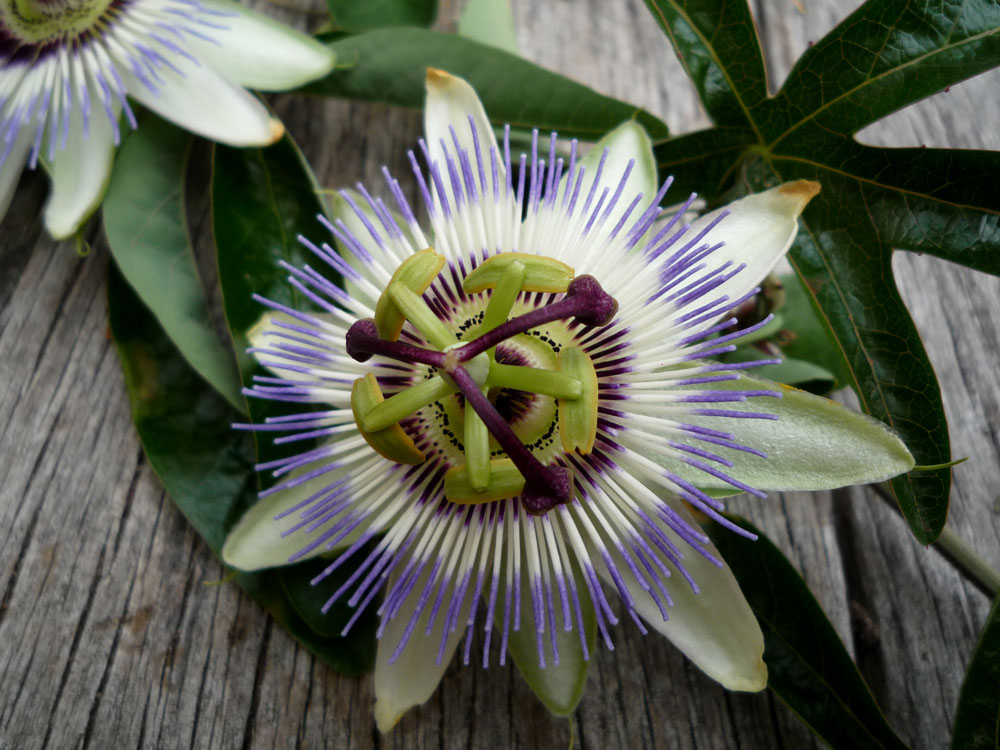 Not only does passionflower look absolutely stunning, but it has sometimes been used to treat nervous disorders and anxiety.

Try passionflower tea over ice or enjoy warm when you need a boost of positivity to lighten the load. 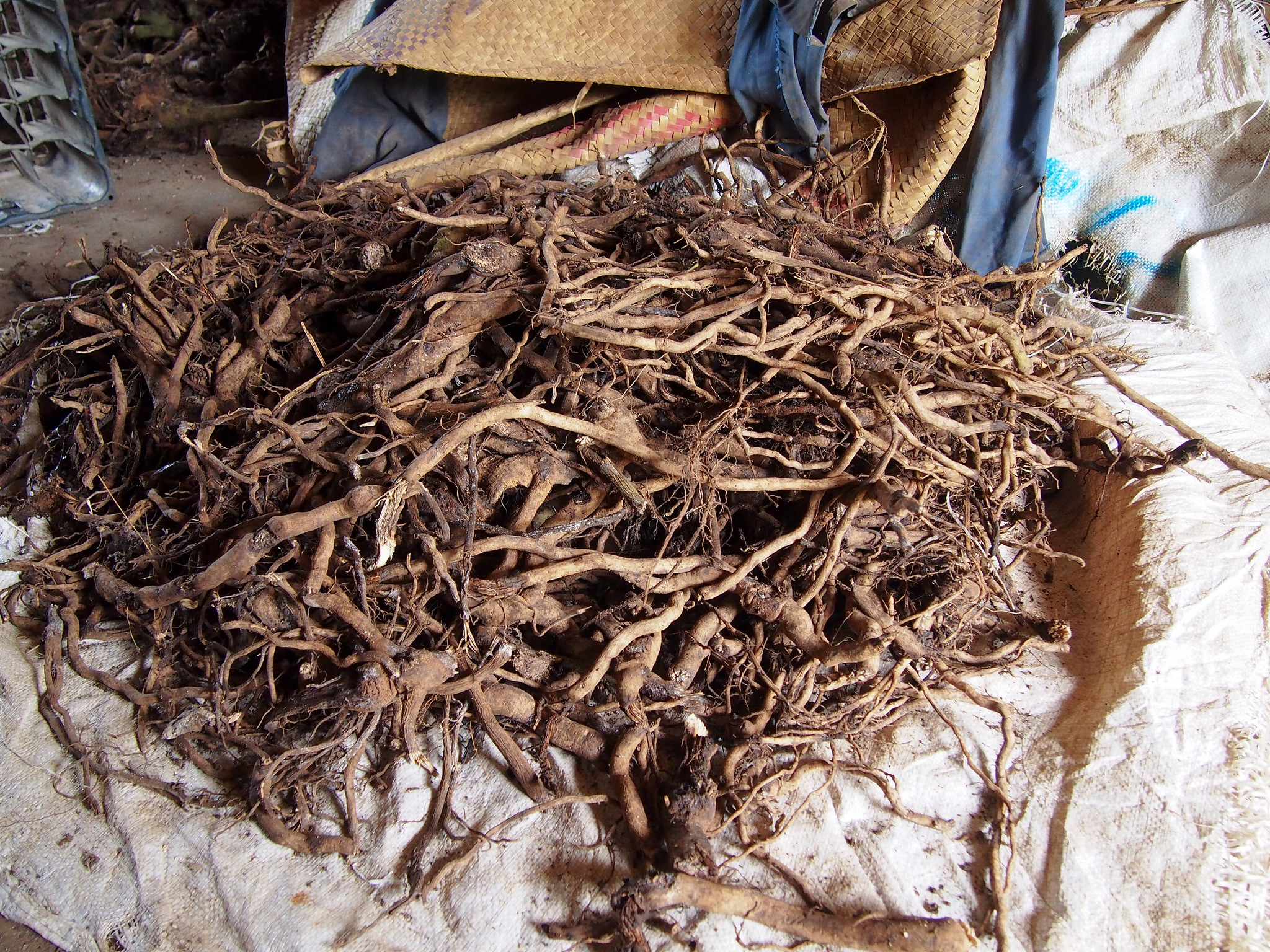 Kava is a member of the pepper family, whose root is known to work on the central nervous system when ingested, and may help with depression, insomnia, and anxiety.

Try steeping and freezing kava tea into ice pops when anxiety is knocking at your door, and get inspired by these Elderflower Ice Pops to jazz up your recipe! 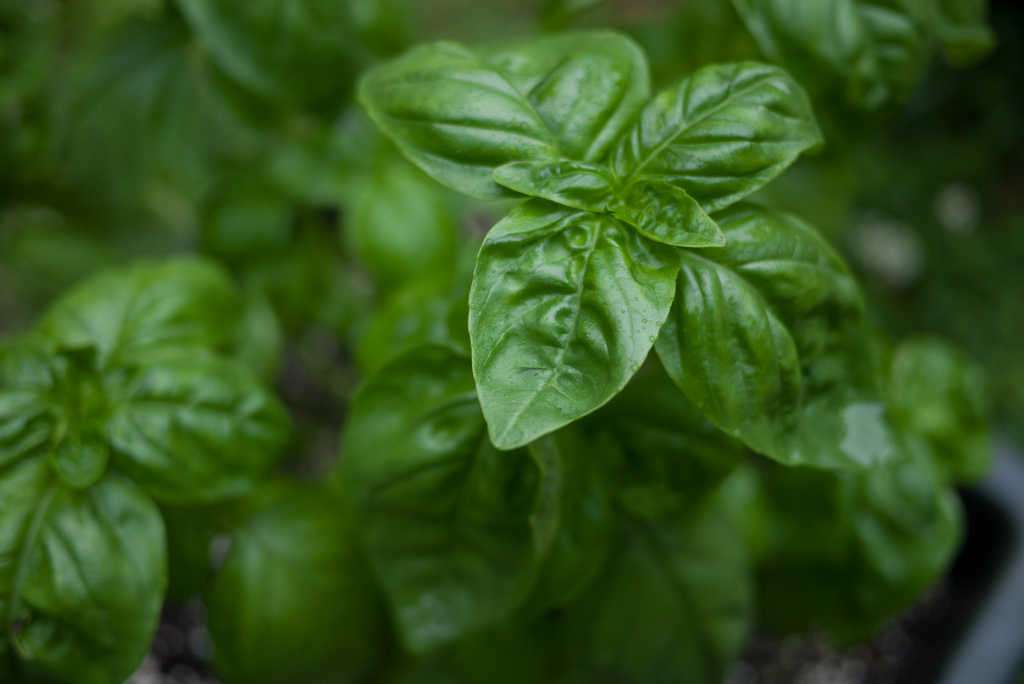 Basil is an herb you’re probably already familiar with, as it’s used in many pasta dishes. But did you know it can also be used as a natural treatment for a variety of ailments? Basil can help treat mood-related illnesses by triggering neurotransmitters in the brain that are responsible for making us feel happy. Not too shabby for a common household herb!

For a fresh way to incorporate basil into your diet, try this Simple Basil Citrus Salad which is packed full of flavor. 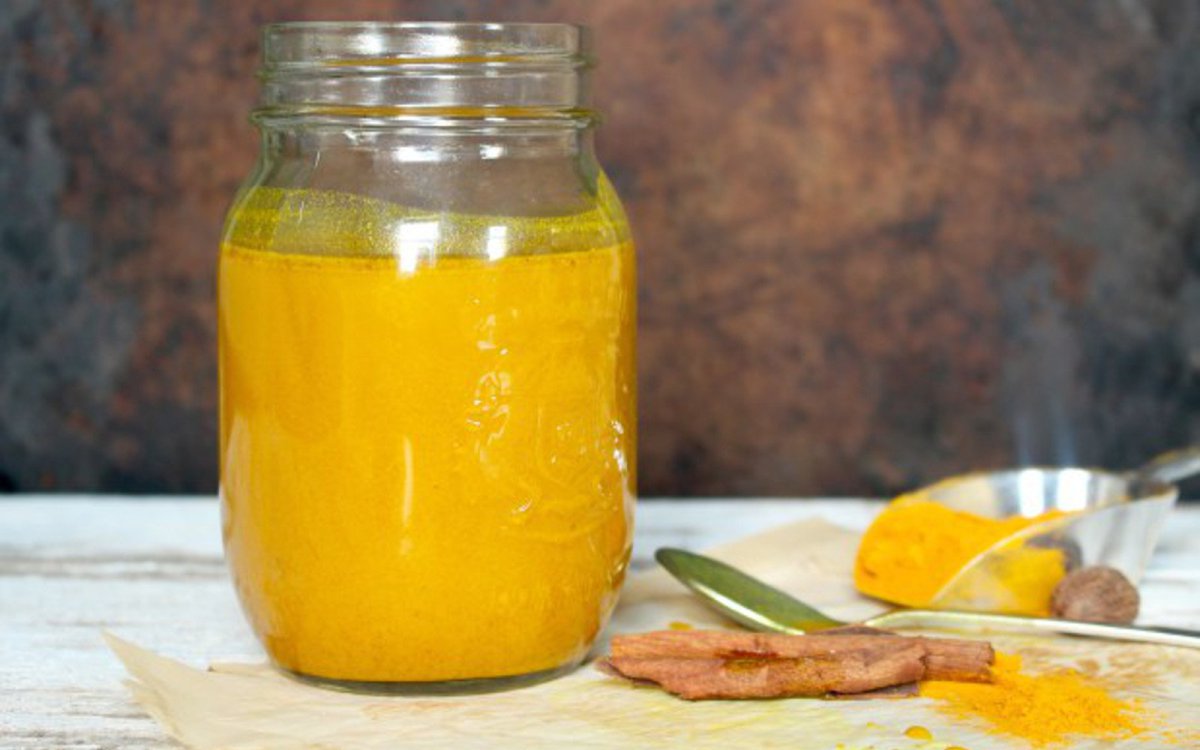 Turmeric is closely related to the ginger family, and contains the chemical curcumin. Most people associate turmeric with it’s anti-inflammatory properties, but the curcumin in turmeric has also been shown to have similar healing properties to pharmaceutical drugs that are taken to treat anxiety disorders.

Try some Energizing Turmeric Tea, pictured above, or this Liquid Gold Turmeric Latte to start your day off right! 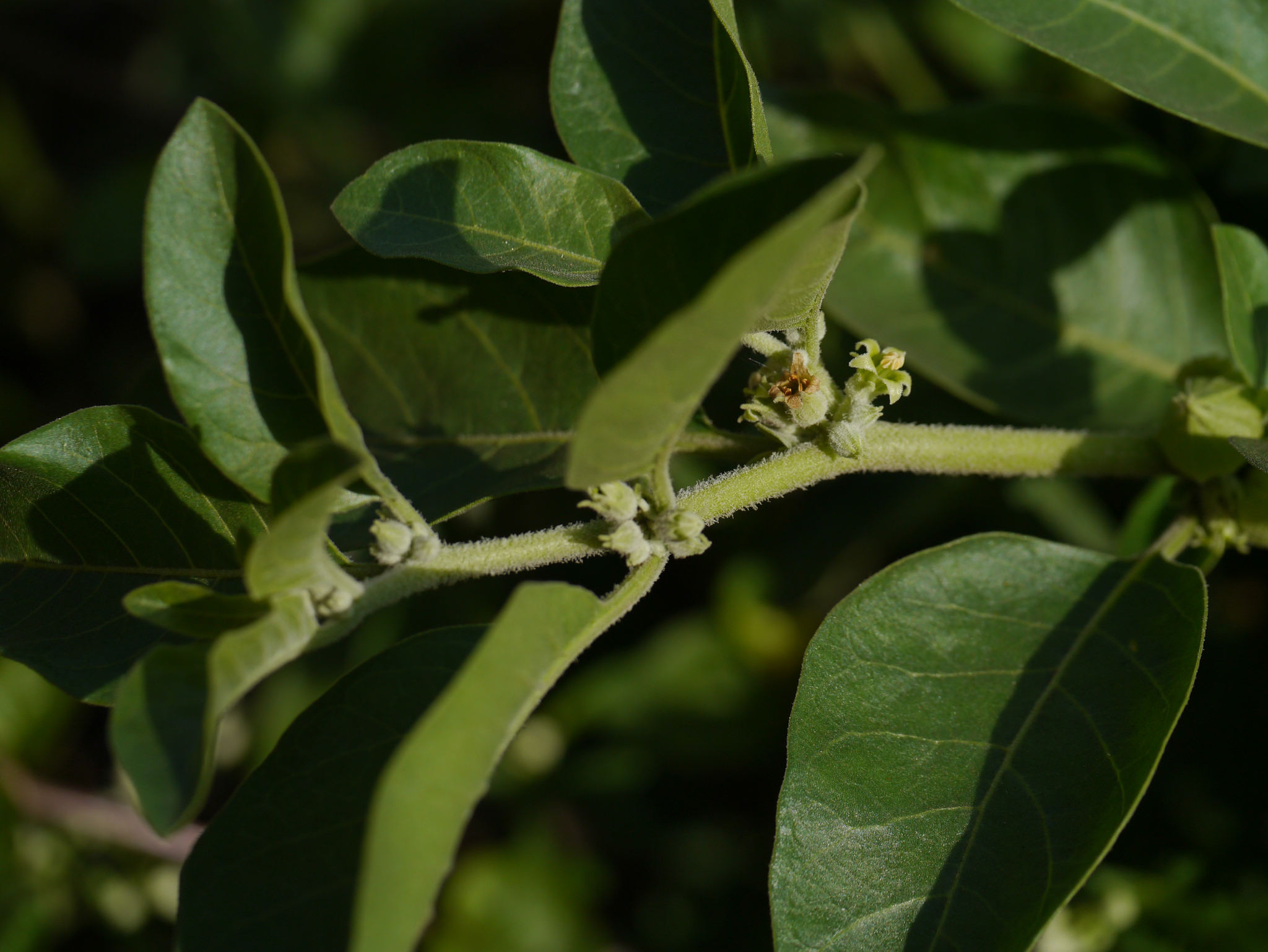 Ashwagandha has long been used in Eastern medicine, and is especially prevalent in Indian Ayurvedic medicine. Ashwagandha is believed to have soothing properties, and is often used to promote a calming effect.

Try putting some ashwagandha root powder in this Café Style Matcha Latte to complement the healing properties of Matcha tea. 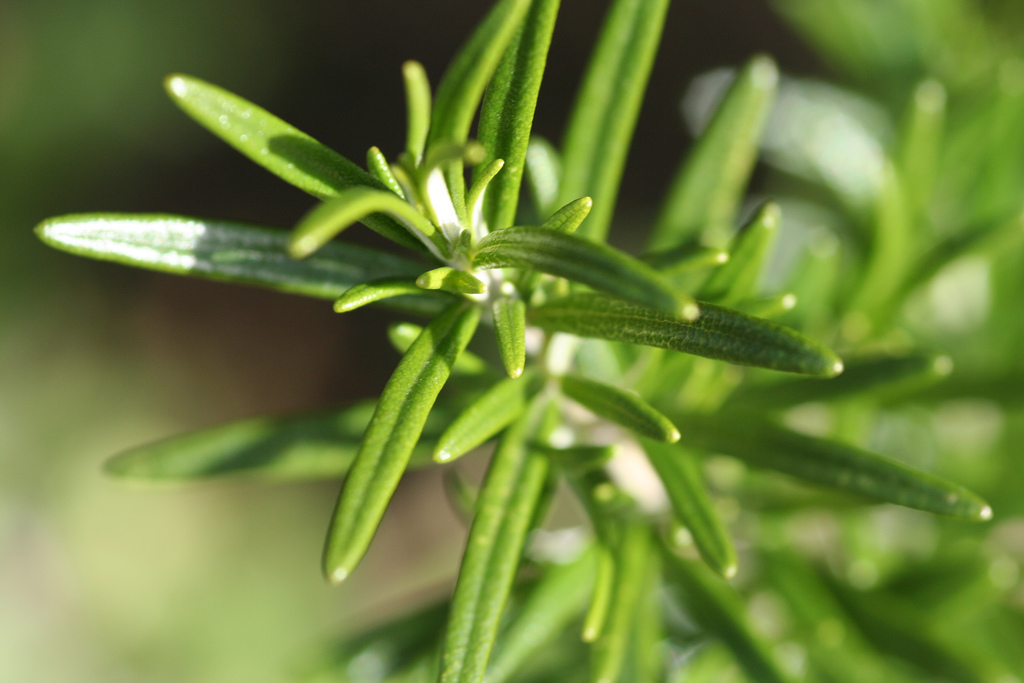 Rosemary is another common household herb known for its delicious aroma and flavor. Not only does it significantly improve the taste of soups and sauces, but the aroma alone has been linked to relieving stress, clearing the mind, and improving your mood. When ingested, it is thought to have similar effects as well.

Fill your home with the fragrant smell of rosemary and ease your troubles with this Rosemary Scented Blackberry Lemon Bundt Cake, or try diffusing rosemary essential oil  for a little aromatherapy! 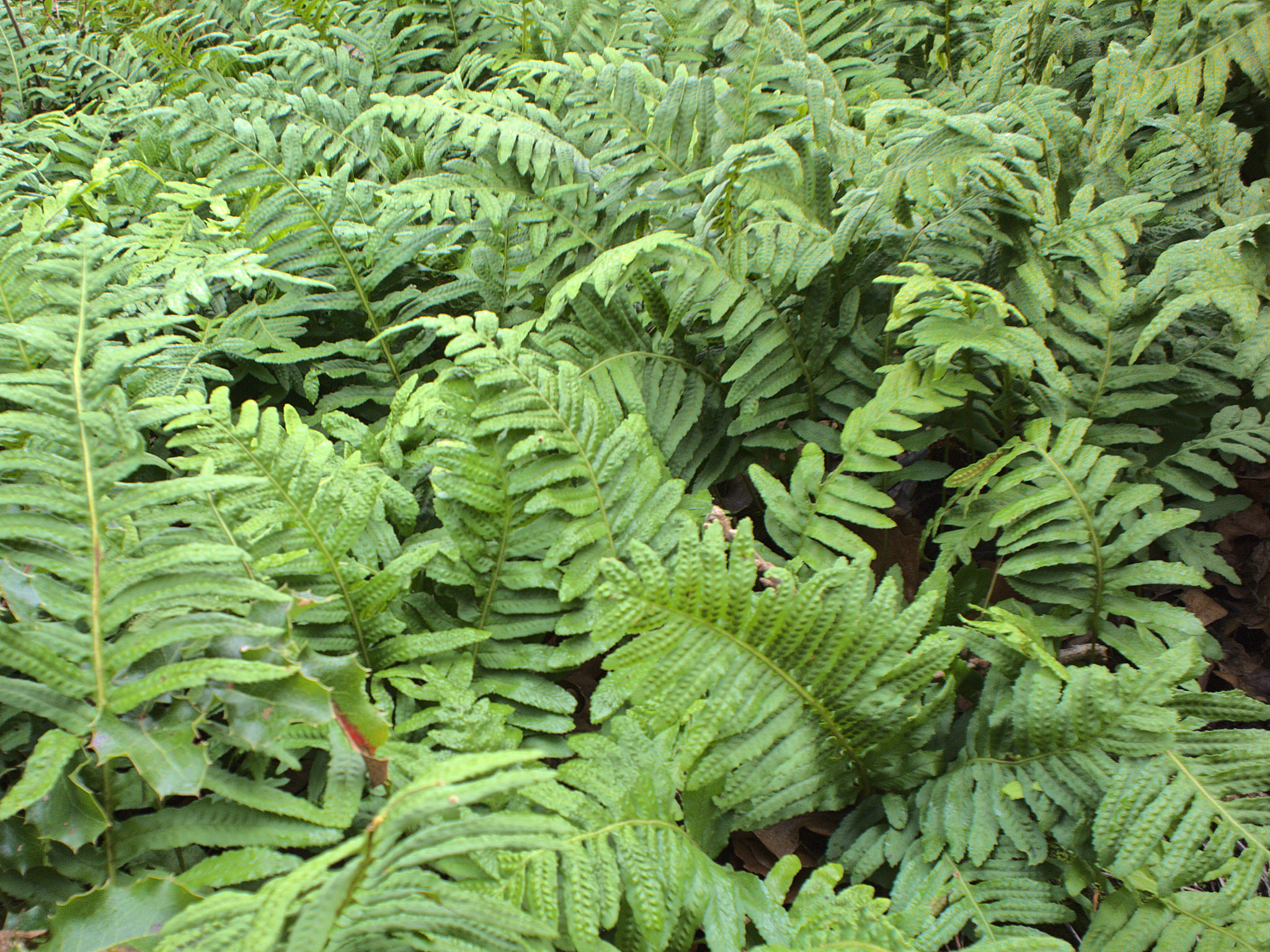 Licorice Root has long been used in Eastern and Western herbal medicinal practices for its ability to reinforce the adrenal glands. Because severe stress can lead to adrenal exhaustion, licorice root can be used to improve this condition.

For a fun way to incorporate licorice root into your diet, sip licorice root tea and pair it with these yummy Raw Raspberry Licorice Mini Cakes. 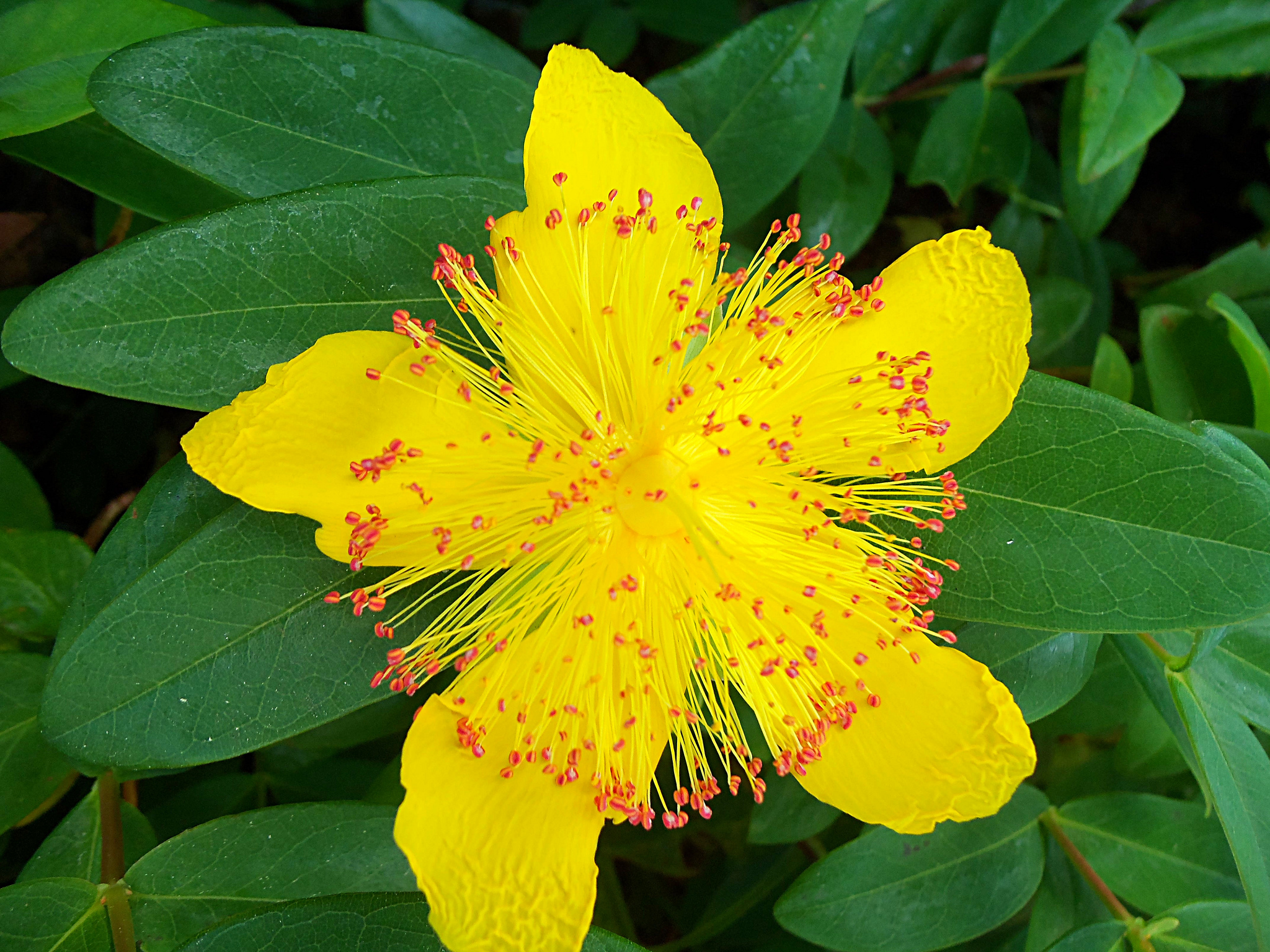 St. John’s Wort’s cheery, yellow flowers aren’t just beautiful, but they can also can help treat issues of the nervous system such as anxiety, depression, and seasonal affective disorder.

This herb can be taken as a supplement in pill form or as a liquid essence. Add a few drops of St. John’s Wort essence to this Green Detox Juice for a revitalizing drink!

Looking for more about healing with medicinal herbs, like Uncovering the Mysteries of Medicinal Herbs? We recommend downloading our Food Monster App, which is available for iPhone, and can also be found on Instagram and Facebook. The app has more than 15,000 plant-based, allergy-friendly recipes, and subscribers gain access to new recipes every day. Check it out!