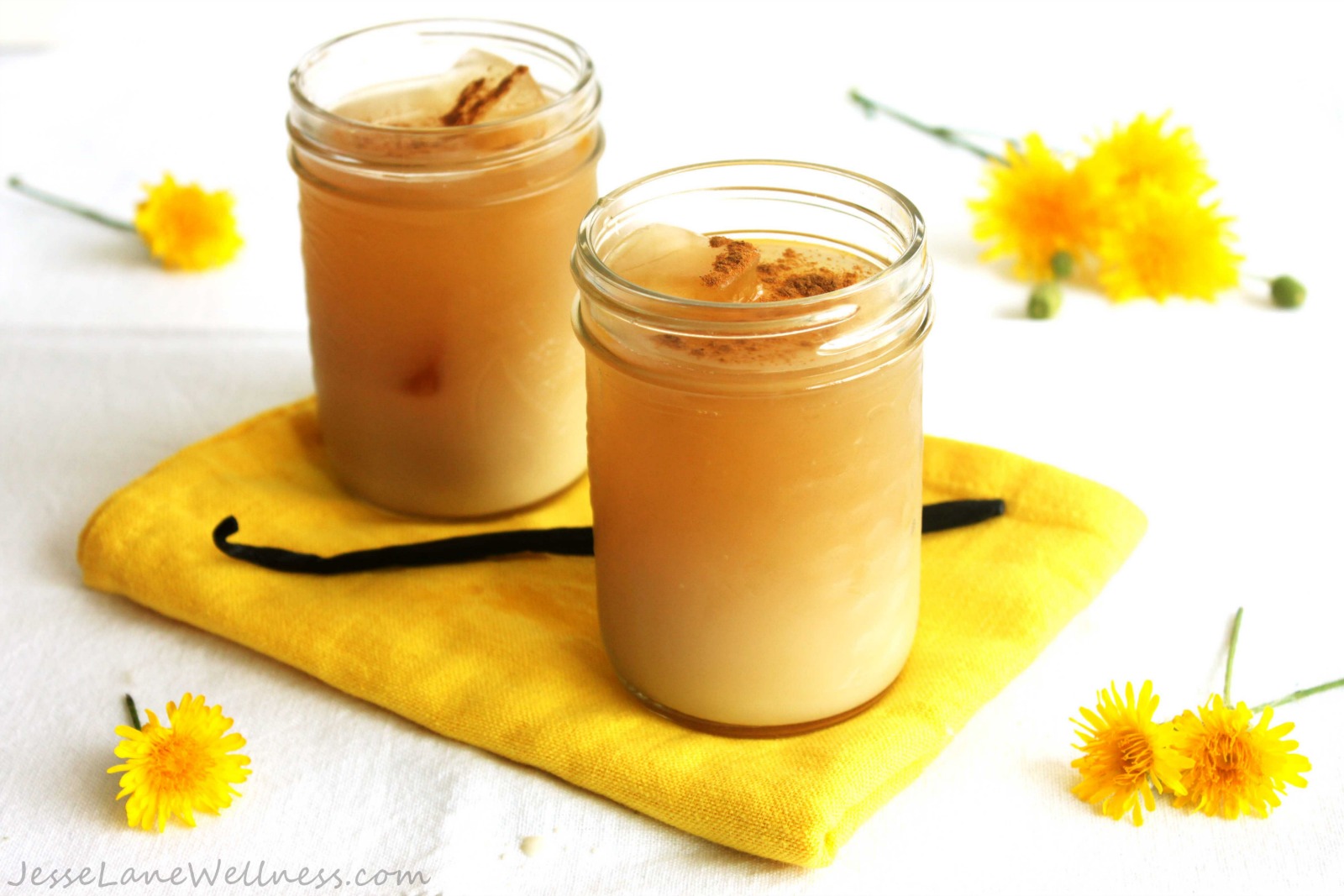 Iced Dandelion Latte is a detoxifying drink that is much healthier than iced coffee. It is made with roasted dandelion root tea which gives it a rich and full-bodied flavor and sweetened with stevia. Iced Dandelion Latte is flavored with a little bit of vanilla, a splash of organic soy milk and a sprinkle of cinnamon.

I like to make the ice cubes out of the tea so as they melt the Iced Dandelion Latte doesn’t become watered down. You could also enjoy this latte hot by adding the organic soy milk, stevia and vanilla after the tea has steeped for at least 15 minutes.