The Scary Facts About Oil Spills, Animals and our Food Chain 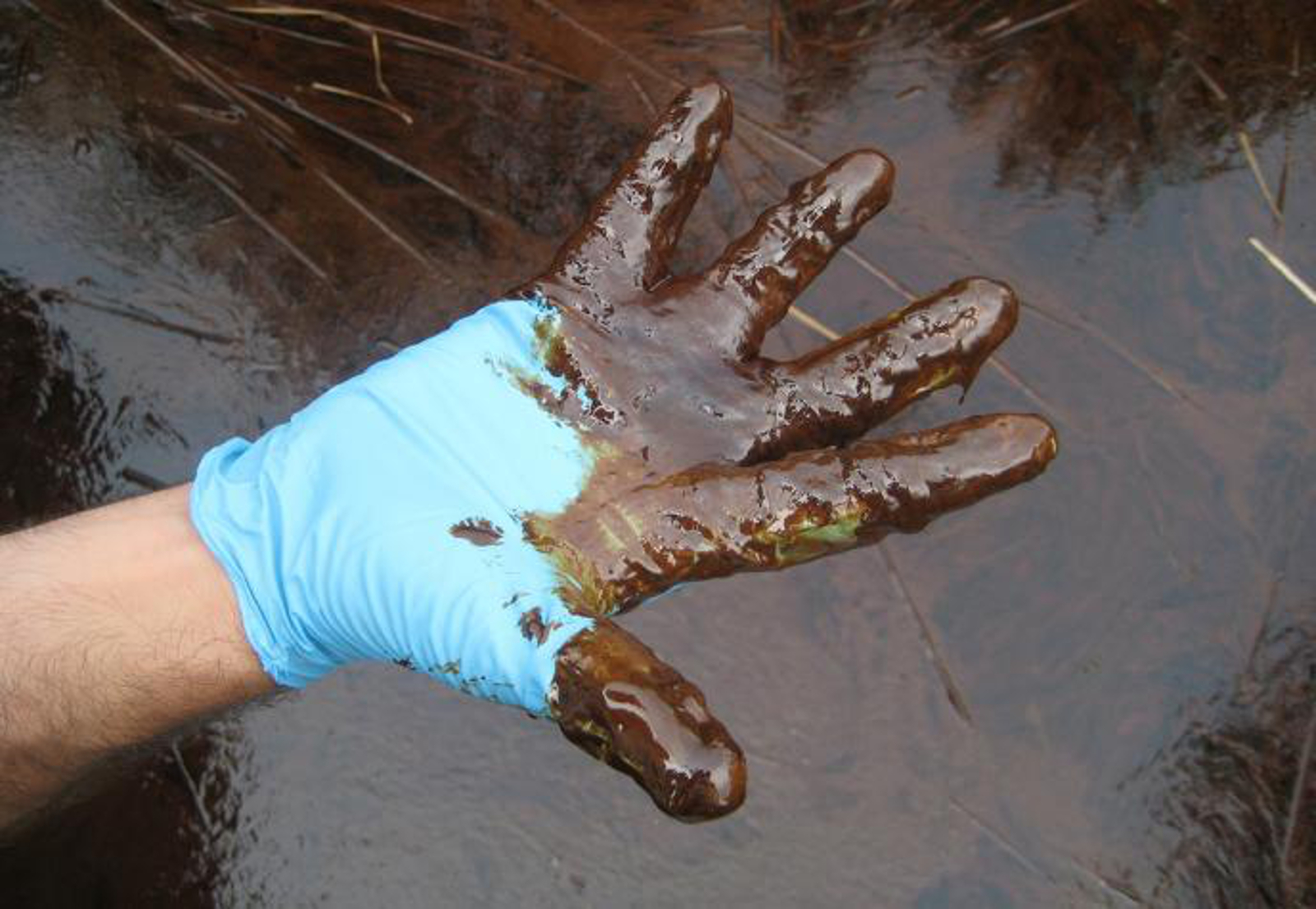 The sun is emerging from its hidden view, illuminating a mild glimmer along the surface of the calm ocean ripples. Gulls chatter cheerfully overhead the clear cloudless sky and a dolphin surfaces with her young calf to take a long breath. A double-crested cormorant floats for a while, patiently awaiting an opportunity to retrieve breakfast. A shadow looms over the cormorant, as an oil tanker passes by.

Unaware of the leaking liquid petroleum hydrocarbon (oil) spilling into the habitat, the cormorant decides to dive in to catch her fish. She surfaces with her feathers covered in oil. She panics as she realizes her eyes were exposed and she is blinded. Without her sight, her usual predation of fish will not be possible. She might become an easy snack for someone else. If she attempts to clean her feathers, she will ingest oil and be poisoned. Surely, she will die.

We all know oil spills are harmful to the environment and biota, but are you aware of how slimy of a situation these spills can actually be? Did you ever think about how oil might travel through the food chain? The effects of oil on marine wildlife, as well as on terrestrial organisms that interact with marine species, are devastating. The largest spill in the world, caused by Iraq deliberately dumping 240 million gallons of crude oil into the Persian Gulf in 1991, was responsible for the termination of over 30,000 marine birds.

Many other organisms were also negatively affected. For example, fish eggs were immediately killed, dramatically decreasing fish populations and therefore affecting populations of fish predators. Fortunately, marine biologists were relieved at the Persian Gulf’s high resistance to the environmental impact of the oil and by 2008, the wildlife populations had recovered. However, this is only one example of the numerous oil spills that occur all over the world.

But What Exactly is Oil?

In order to understand exactly how far oil affects animals and the environment, what do we need to know about oil? Most oil floats, as the oil sits on the surface of the ocean, it begins to evaporate, causing the oil to lose its structural integrity and spread. This is why it’s so important to clean up an oil spill immediately after it happens.

As oil spreads across water, oil gains a higher viscosity (gooeyness) and higher properties of adhesiveness (sticking ability), which is not a good sign for wildlife. Matters are made even worse, if the spill occurs in a warmer climate as higher temperatures further promote rapid spreading.  We are aware of some of the animals that may suffer as a result, including fish, marine mammals, and marine birds … but as we know, ecosystems are very complex and when one organism is affected, many others will be too.

Moving Through the Food Chain

The ocean’s food chain is dependent on roles at all levels, starting on the lowest level with phytoplankton. Phytoplankton are responsible for oxygenating the water, all life needs oxygen to survive, and some marine animals rely on phytoplankton as a primary food source. Animals such as shrimp feed on phytoplankton and migrate to deeper areas of the ocean, providing meals for fish and other organisms.

Oil can harm animals at any level of the food chain directly, but it could also travel through consumption. A bird whose wings are polluted with oil, might be consumed by a predator who would then could suffer from ulcers and internal bleeding from ingesting that oil. Oil can be easily absorbed by a fish’s fatty tissues, causing biomagnification of the pollutant to the next predator. Marine prey species that are able to survive the absorption of oil toxins could impair reproduction of their predators.

Okay, let’s review what we’ve gathered: fish can consume phytoplankton poisoned by oil, fish eat fish and carry on the absorption of toxins, marine mammals and birds eat fish and could potentially carry on toxic properties to other predators. So, remember, if you find an animal you suspect is suffering from the effects of oil poisoning, please call a wildlife rehabilitation center.

Don’t Want an Oil Slick on Your Plate?

So, when you feel sick to your stomach while watching the news on the devastation of oil spills or viewing disturbing images of animals drowned in misery and death by the poisoning of oil, perhaps you should consider the toxins you ingested from the fish fillet you just ate…

Still think fish are healthy? Check out some of OGP’s myths on fish by clicking here. Perhaps you’ve heard of mercury poisoning, but even if fish are not ocean-caught and instead raised on an aquaculture farm, they still have crappy health effects.

People most often believe that fish are “healthy” due to their concentration of omega-3 fatty acids. Similar to how fish can pass on oil toxins through the consumption of oil, how do you think fish get their omega-3 DHA and EPA? They obtain it from algae. So instead of eating a second-hand source of nutrition, why not consume algae? It’s delicious and the oceans are running out of fish, so you might as well start looking for alternative nutrition now. If you think you’ll miss your favorite fish recipes, check out OGP’s suggestions for plant-based fishy flavors!

Check out the incredible work Sea Shepherd is doing to explore how the Deepwater Horizon oil spill has impacted the ecosystem (and us) in Operate Toxic Gulf, here.