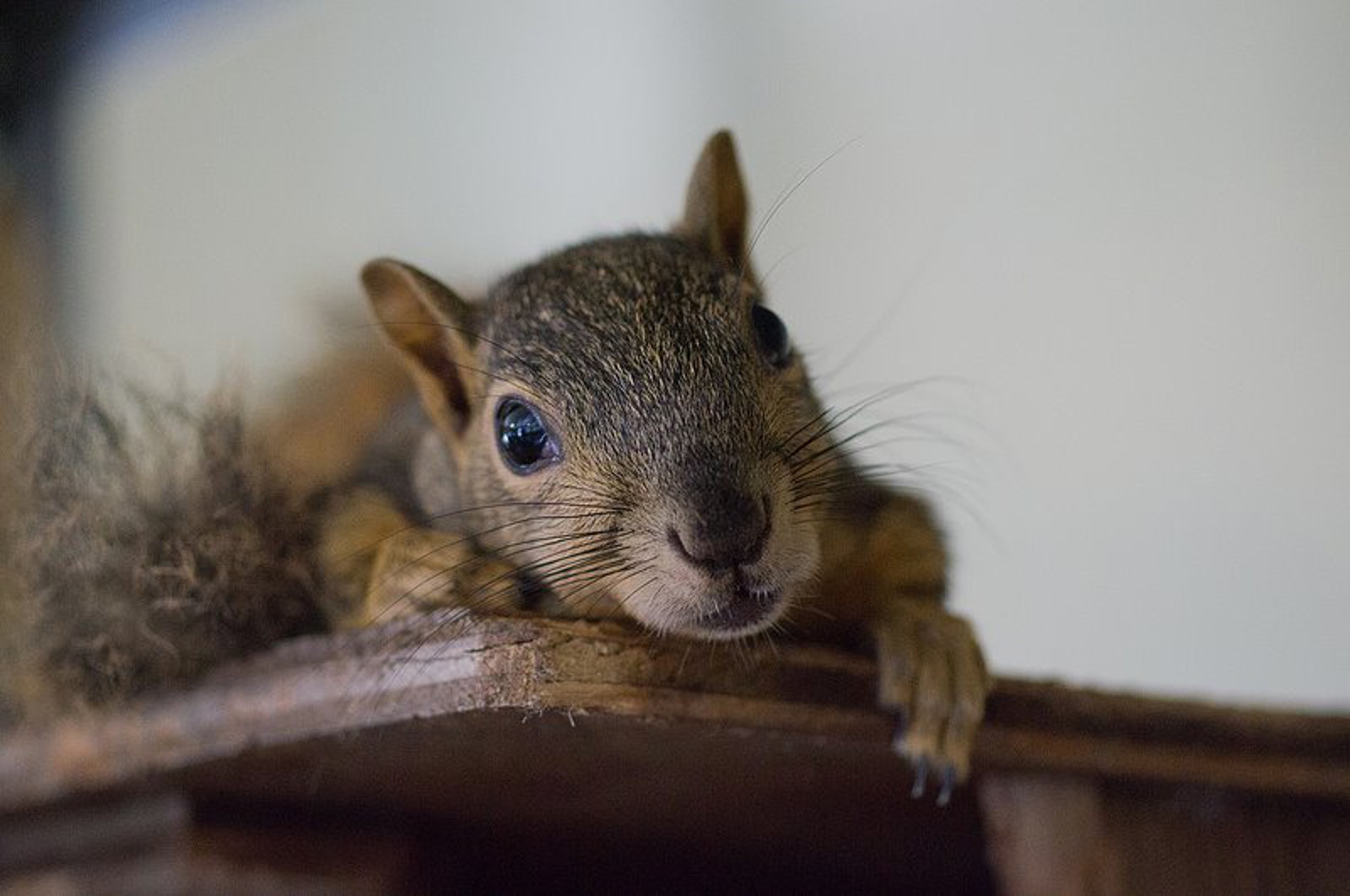 Everyone knows to contact a local shelter or animal control office after finding a lost pet, and most people have an idea what to expect when handling dogs and cats. But what do we do if we find some diseased baby squirrels separated from their mother, or a bird with an injured wing, or an abandoned animal with a disability? Unlike pets, wild animals aren’t used to human touch, and may panic and lash out when handled.  It’s best to call your nearest wildlife center and have trained volunteers and staff help your foundling. Be proactive and make a note of your local center’s contact information so you’ll have it handy if you see a wild animal in need.

The wildlife centers below deserve special mention for their innovation, large local following, involvement in their communities and, most importantly, their devotion to animals. Unpaid volunteers play a large role in running these shelters, and are sometimes the only staff members.

The entirely volunteer-run Wildlife Education and Rehabilitation Center in Bradentown Beach, Fla., is the largest rescue center in Manatee County. Operating since 1980, they currently treat over 4,000 birds, mammals, and reptiles per year, yet nearly all of their funding comes from donations. As stated on their website, their rescues come in all sizes, and they strive to help each one from the tiniest fallen chick to the bald eagle rescued and released last December.

Malibu, Calif.’s Coast and Canyon Wildlife Rehabilitation specializes in baby squirrels (check out some pics of these cuties on their Facebook page). They pride themselves on never turning an animal away and attempting to save each one at any cost. You can check out special videos of their favorite baby squirrel, skunk, and chipmunk rescues on their website.

The Wildlife Rehabilitation Center of Minnesota has a very active web presence that keeps their fans up-to-date on the latest records, while providing lots of helpful and clear information about what to do when you find wild animals and how to provide immediate care. A live “Critter Ticker” on their website lists each and every animal they take in, including times admitted. To raise money for their cause, they host an annual wildlife-themed gala and auction.

North Carolina-based CLAWS, Inc. aims to save animals all across the country, even if they can’t reach them (their website boasts of their efforts networking with other activists to save a bear all the way in Montana). Outspoken against keeping exotics as pets, the center feels strongly that wild animals should be left alone with as little interaction with humans as possible. During rehabilitation, animals live together in Executive Director Kindra Mammone’s home, and have the run of the house.

The all-volunteer Pocono Wildlife Rehabilitation and Education Center takes in over 1,000 Pennsylvania animals per year, including the first orphaned baby fox of the season. To raise money, the Center sells Pennsylvanian artists’ jewelry made from recycled materials.

Skye’s Spirit Wildlife Rehabilitation Center is run by Native American staff who share their heritage and love of wildlife with their community. See their Facebook page for near-daily updates on each of their intakes and their stories. Be warned, the Center is not afraid to show some graphic photos of their animals for educational purposes.

Houston’s Texas Wildlife Rehabilitation Coalition reaches out to its community like no other rescue center. They offer training for community members to be in-home wildlife rehabilitators, and offer teens a volunteer opportunity to feed baby birds. The center was founded in 1979 to respond to an oil spill disaster, and they’ve helped over 100,000 animals since then.

True to its name, the Florida Keys Wild Bird Rehabilitation Center strives to rescue, rehabilitate, and release (or rehome in a suitable sanctuary) the beautiful and varied birds living or displaced on the coast. They network with the public on Facebook to zero in on reports of injured birds, and maintain a webcam and photo gallery of their rescues on their website.

Wildlife Images Rehabilitation and Education Center in Merlin, Ore., boasts a 50 percent release rate, much higher than the national average of 33 percent. The animals they take in that can’t be released in the wild can live peacefully at the Center’s preservation for the rest of their days while staff and visitors observe and learn from them.

The largest center of its kind in Colorado, Greenwood Wildlife Rehabilitation Center treats about 2,300 songbirds and mammals per year, representing about 135 species. Their volunteers, interns, and staff just started blogging about their experiences working at Greenwood. The first includes several cute photos of a bottle-fed squirrel.

11. The Fund for Animals Wildlife Center

The Fund for Animals Wildlife Center in Ramona, Ca., stands out by focusing on injured and orphaned predatory animals, such as eagles, other raptors, bobcats, cougars and coyotes, and releasing them into the wild following rehabilitation. The 13-acre center also cares for exotic animals rescued from the pet trade. Animals who can’t be released into the wild can live their lives peacefully in the Center’s sanctuary.

Like the facility above, Cape Wildlife Center (CWC) is run by the Fund for Animals. Located across the nation in  Barnstable, Mass., the CWC trains veterinarians and pre-veterinary students from around the world and offers their animal patients state-of-the art care in a modern surgical facility. Visit the Center’s Facebook page to learn more about these students. The CWC helps nearly 2,000 animals (representing 135 species) per year.

Green Monsters: Did we miss your favorite rehab center? Give a shout-out to the one you love with a comment below!