Beautiful Photo Reveals the Undeniable Connection Between Humans and Elephants 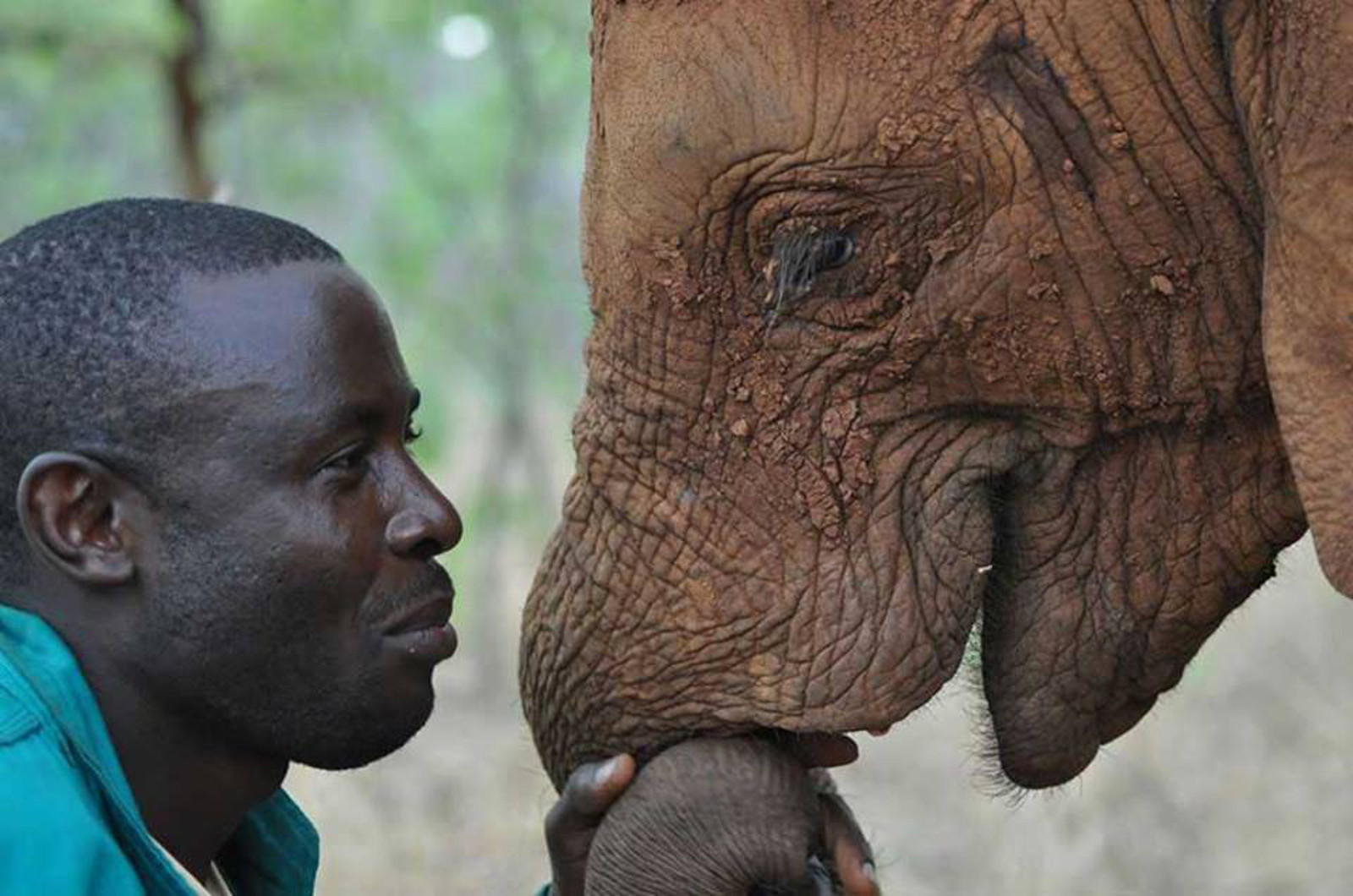 Elephants’ undeniable air of dignity, wisdom and compassion, has led them to become one of the most revered animal species in the world. Few people who have watched members of an elephant herd interacting with one another in the wild or observed the loving bonds that they share could fail to be moved by them. In many ways, elephants’ emotional lives closely resemble ours. They, too, are closely bonded to their family members, never hesitate to help each other out during times of trouble, and grieve profoundly when a loved one dies.

Sadly, we humans don’t always treat them with the respect they deserve.

African elephants are a lucrative target for the illegal wildlife trade, where their ivory tusks can command huge prices. During the 1970s and 80s, African elephant numbers dropped by over half, from 1.3 million to 600,000. This led to an international ban on the commercial ivory trade in 1989, which helped the population to stabilize and recover. In 1997, however, a limited amount of stockpiled “antique” ivory was permitted to leave Botswana, Zimbabwe, and Namibia, which drove up demand for these products once again. Now, poachers kill one African elephant every fifteen minutes: the equivalent of 100 every day. Between 2012 and 2015 alone, over 103,000 elephants were killed for their ivory. Africa has now lost 60 percent of its elephant population, and experts fear that the species may soon be extinct unless serious action is taken to curb the ivory trade.

Asian elephants are also at risk of extinction thanks to extensive deforestation and habitat loss. The pygmy elephants of Indonesia, for example, are seriously threatened by the palm oil industry’s practice of burning down their forest homes to make way for palm plantations … and poisoning the elephants and other animals who stand in their way. Elsewhere on the continent, wild elephants are often taken away from their families and forced to work in the illegal logging and elephant tourism industries. A brutal training method known as “phajaan” – which involves confining the young elephant to tiny box and beating them until they learn to fear their captors enough to obey every command – is used to prepare the animals for their work in these industries.

As if all this weren’t bad enough, humans also have a bad habit of forcing elephants to perform in circuses or languish in zoos for the sake of our entertainment. Circus elephants are typically treated horrendously – beaten with whips or stabbed with bullhooks in an effort to make them perform inane tricks – while an estimated 40 percent of zoo elephants suffer from obesity, due to a lack of appropriate exercise and stimulation. In both cases, the elephants are deprived of the ability to exercise their natural instincts and experience the close family and herd bonds they would enjoy in the wild.

Clearly, we humans do not treat elephants with the respect they deserve. We could certainly do a lot better when it comes to our relationship with these majestic animals, as a new picture posted by elephant conservation group Elephantopia reveals.

The photograph, which was taken in Kafue Elephant Orphanage, Zambia, reveals what the relationship between our species and these majestic animals ought to look like. 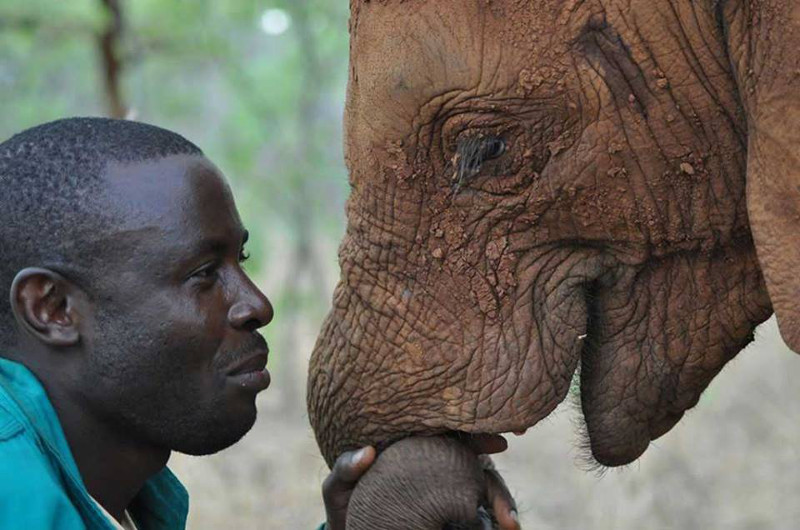 The human race as a whole has a long way to go before our relationship with elephants is based on a foundation of genuine love and respect. Luckily, there is hope that the ivory trade could be on its way out. Last year, an important agreement was reached between China and the U.S. – the two biggest consumers of ivory products in the world – to take tougher action on the ivory trade and help save Africa’s endangered elephants. The stories of resilient elephants who have survived poaching attempts, as well as those of the brave people who work around the clock to protect them, give us reason to believe that all is not lost after all. At the same time, raising awareness about the plight of elephants who are put to work for our entertainment is vital to ending their captivity once and for all.

For more information about the work of Elephantopia, check out their website or Facebook page. You can learn more about the plight of elephants across the world, and how you can help, by reading the articles below.