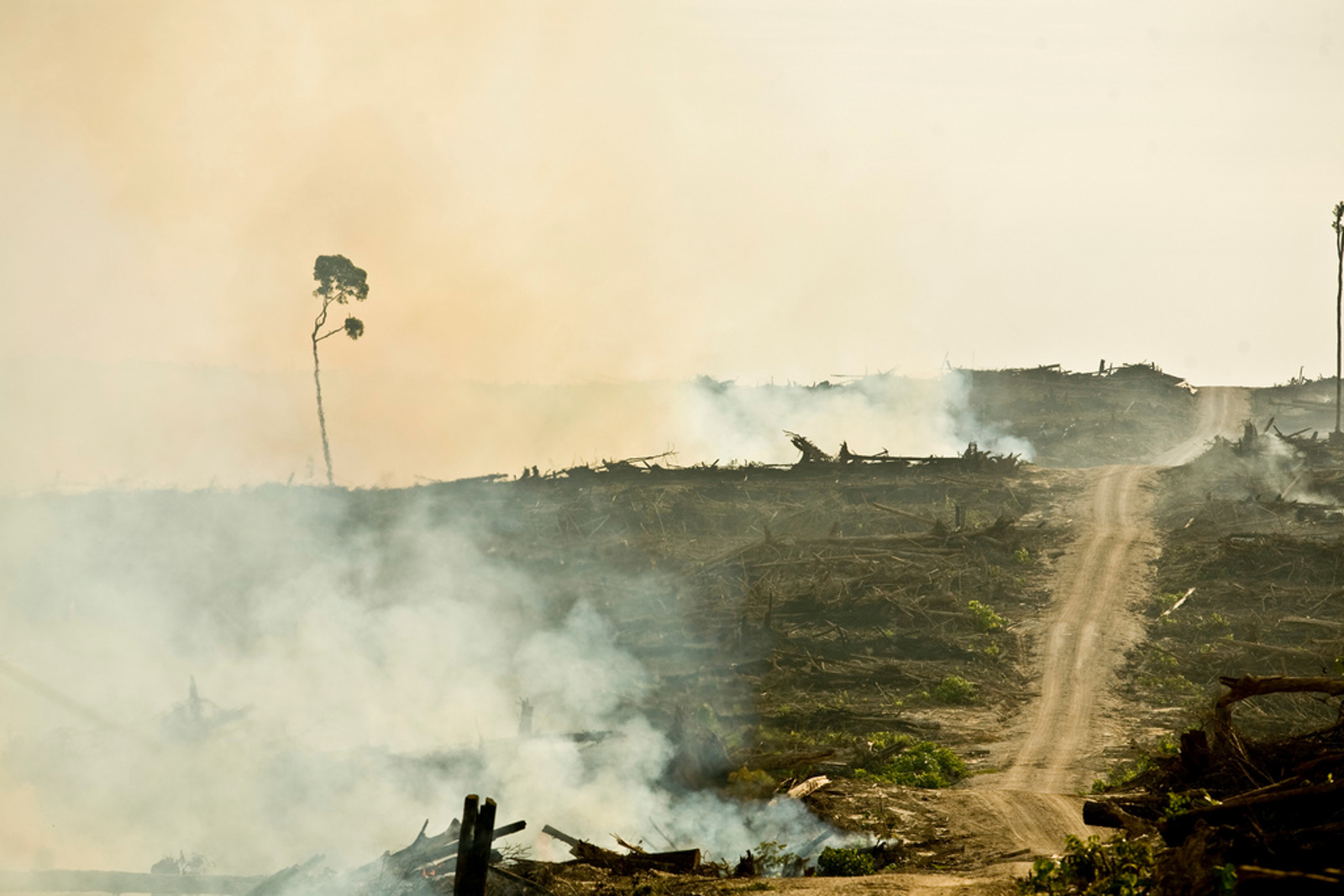 Indonesia, composed of 17,000 islands – each boasting a rich array of animal and plant life – currently has the second highest level of biodiversity in the world. Lindsey Allen, executive director of Rainforest Action Network (RAN), has described the Leuser Ecosystem on the island of Sumatra as “one of those almost mythic natural wonders that defies the imagination with its diversity and abundance of life.” It is one of the last places on Earth where orangutans, elephants, tigers, and rhinos can be observed sharing the same space, and is also believed to be one of the most ancient forested areas on the planet.

Sadly, Sumatra, Borneo, and other vital ecosystems throughout Indonesia are currently under severe threat because of illegal logging, the establishment of palm oil plantations, and rampant forest fires (often started by palm oil companies as a means of clearing land). Throughout 2015, many of Indonesia’s rainforests were besieged by a devastating series of fires that displaced and killed countless wild animals, pushed the levels of average daily greenhouse gas emissions above those of the U.S., and seriously endangered the health of local people. 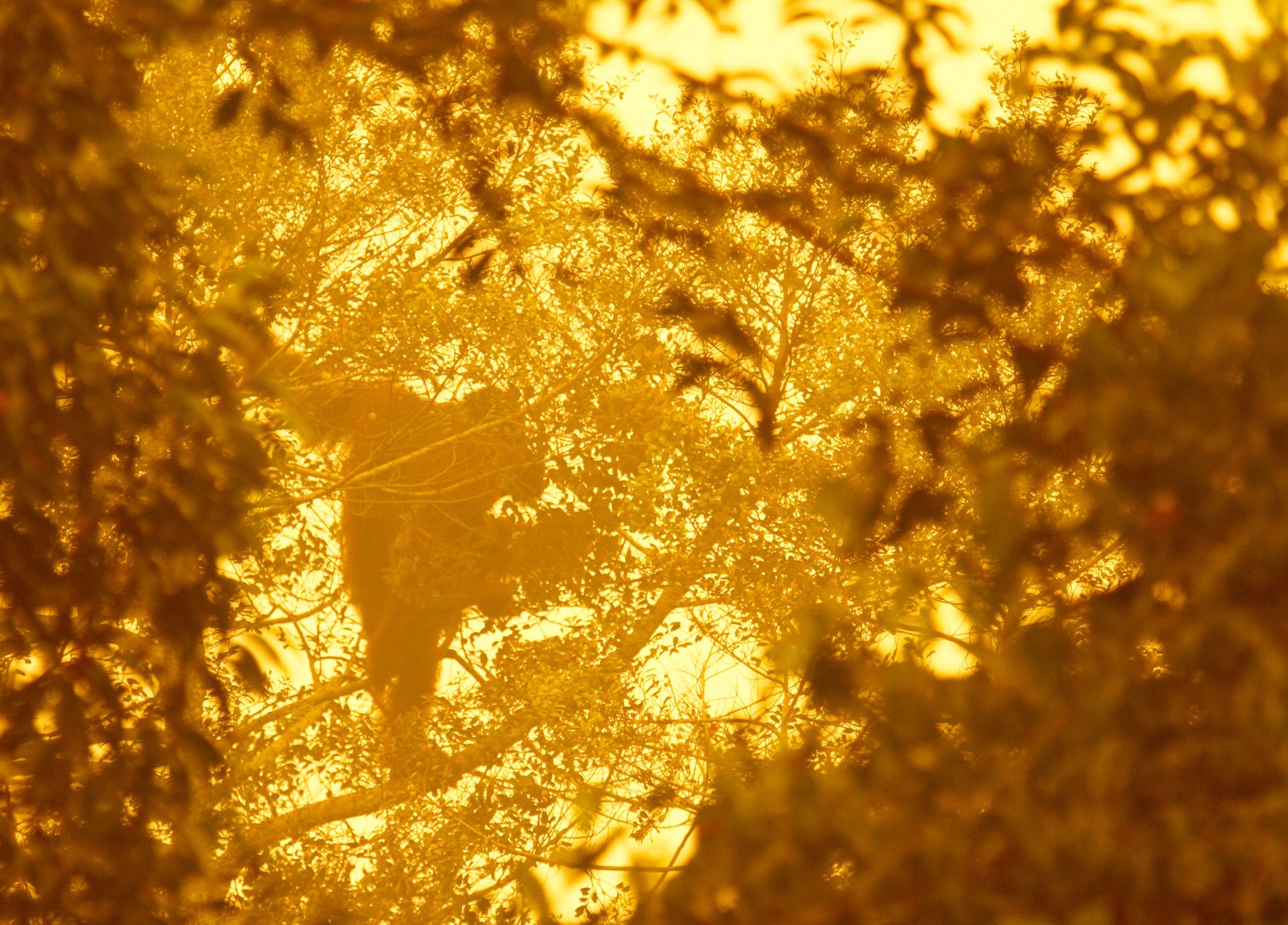 Greenpeace media campaigner Zamzami Arlinus visited a town called Pontianak on the island of West Kalimantan while fires were ongoing in the area, and noted that in the mornings, “visibility reached out to only about 50 meters; more than 12 students aged between 15-17 at a vocational school fainted, unable to breathe properly; and the Air Pollution Index (API) reportedly passed 1,000 (PM10) making Pontianak effectively the most polluted city in all of Indonesia.” Last October, the World Resources Institute listed Indonesia as one of the top ten heaviest polluters in the world and estimated that burning forests and peatland accounted for a whopping 97 percent of the country’s greenhouse gas footprint.

The situation has now become so serious in the country’s western province of Riau that its governor has declared a state of emergency. Provincial government spokesman Darusman stated last Tuesday that the aim of this declaration was “to prevent a repeat of the haze that occurred in 2015.” He added that about 500 military and police personnel, as well as a water-bombing helicopter, have been deployed to help combat the rampant blazes. Meanwhile, Joko Widodo, president of Indonesia, has called upon authorities to contain known fire “hotspots,” where the problems tend to begin before spreading out to other areas. Widodo has also set up an agency to restore around two million hectares (or five million acres) of carbon-rich peatlands, which generally emit more smog than forest fires.

How Our Food Choices Relate to Forest Fires

Sadly, however, these efforts are unlikely to meet with any major success until the issue that lies at the core of Indonesia’s forest fire problem is dealt with first. It is currently estimated that around 300 football fields’ worth of rainforest are cleared to make way for palm oil plantations every single hour. Palm oil is seen as a highly lucrative commodity, as it appears in almost 50 percent of everyday consumer products in the developed world. This single product can be found in many snack items because it is shelf-stable and very cheap for manufacturers. Sadly, the demand has taken precedence over Indonesia’s forests and habitat. Unless the demand for palm oil decreases, the devastating fires will rage on, the health of Indonesian children will continue to be imperiled, and orangutans and other animals will continue to be pushed toward extinction.

You can gain information and advice on how to cut palm out of your life – and in doing so, help put an end to the forest fires – by reading some of the posts below.