10 Pigs So Cute That You’ll Never Look at Bacon the Same Way Again! 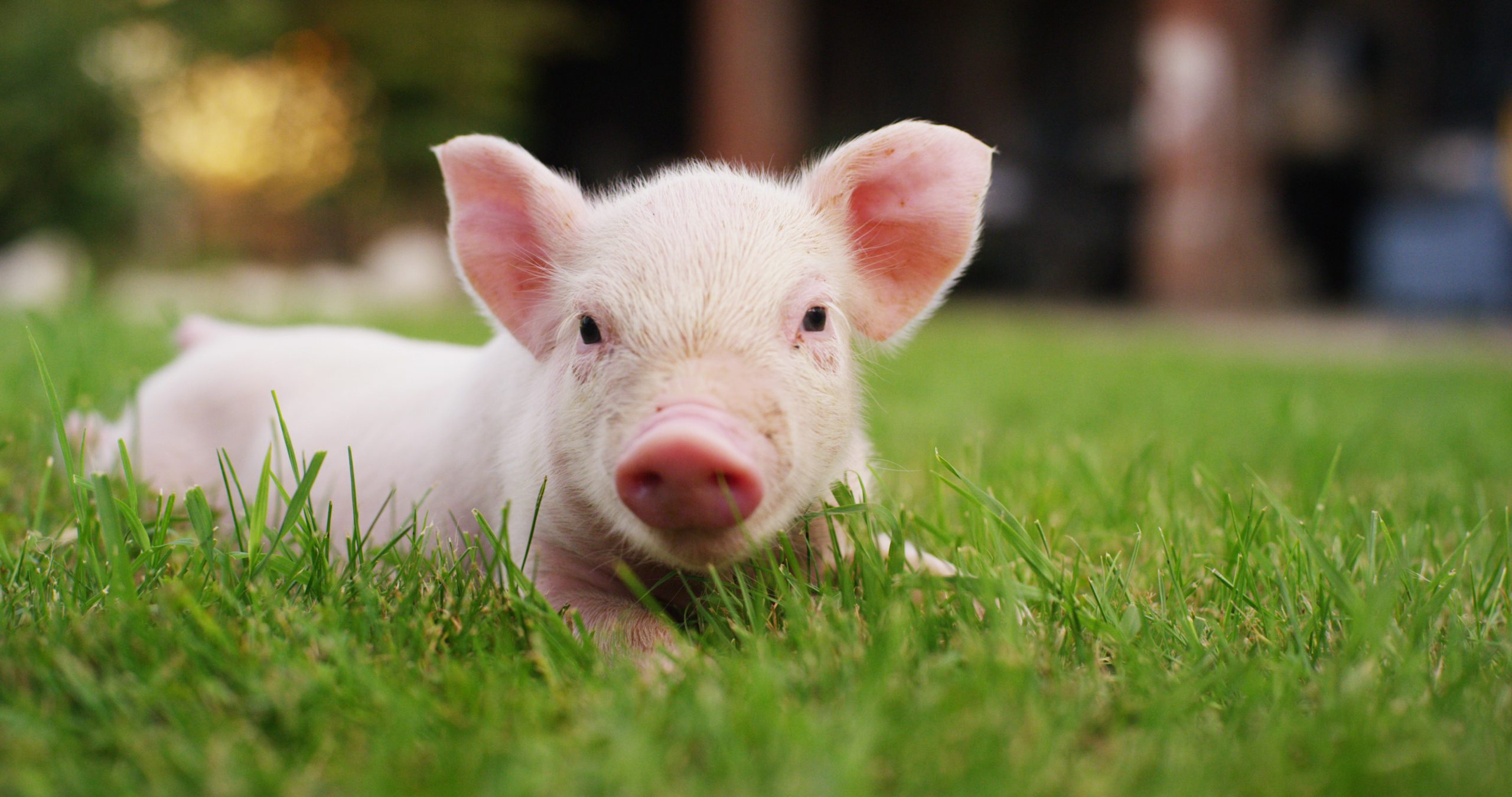 There are so many stories of pigs showing compassion, such as a pig who mourned the loss of a close friend, a pig who rushed to save a friend from the slaughter block, and an orphaned piglet who cuddles his kitten friend when she has seizures. Sadly, these sweet animals are victims of animal agriculture and suffer immensely so people can eat bacon and other meats.

Those of us who don’t eat meat hear the phrase “but bacon just tastes so good!” quite often. Sadly, people view pigs and other animals as mere products, rather than the complex individual beings that they are. Pigs are intelligent, friendly, emotional, and adorable animals. Like every other animal, they do not deserve to be on someone’s plate.

Life on farms can hardly be called “life” at all considering the abuse and neglect that the poor pigs suffer. Fortunately, some pigs do get the chance to actually live. Many farm animal sanctuaries rescue pigs from these cruel, inhumane conditions and allow them to live in peace. Here are 10 adorable videos of rescued pigs that prove they should never be on anyone’s plate:

After escaping the farm where he would soon be slaughtered, Sebastian found a nice porch to rest underneath. Luckily for him, that porch ended up belonging to an employee of the Farm Sanctuary! After that, he was brought to his new home at the sanctuary where he would get to live out the rest of his life in peace.  A few months later, Jane was brought in by a wildlife rehabilitator. For the two pigs, it was love at first sight.

2. Lula’s Life as a Rescued Pig

Lula, the rescued pig, is living the good life at Lighthouse Farm Sanctuary. She starts her day off with breakfast and hanging out with friends – animal and human. Then, in the afternoon, she loves to rest in the sun if it’s warm enough! In the fall she walks in the forest to find acorns and in the evening, she’s all tuckered out and ready to snuggle up in her warm bed.

Bubbles was found dodging traffic after falling out of a livestock truck on a highway. She had quite a few scratches, but was able to fully recover at  Where Pigs Fly Farm Sanctuary! She turned one last February and as you can see in the video, she’s had quite a happy life there! From playing around with her animal and human friends, to snuggling after a long day of playing, her time at the sanctuary has been full of joy and peace.

4. Pistachio: the Tiny Piglet with a Lot of Energy

Pistachio was the only one of his siblings to survive in his litter after his mother was bred for years. Luckily Rancho Relaxo, an animal sanctuary in New Jersey, was able to get the farmer to surrender the little piglet. Unlike his mother who had to spend her whole life in the cruel conditions of a meat farm, Pistachio gets to spend his life in a loving animal sanctuary, making friends with other animals, getting belly rubs, playing, and cuddling!

Here’s an adorable compilation of Hilton, a rescued pig eating his first watermelon! This is the kind of wholesome content we need nowadays! Congrats on the Watermelon, Hilton! What fruit is next?

6. Miracle, the Duckling, Imprints on Ella, the Troublemaking Pig

Ella the pig needs constant attention, otherwise, she becomes a huge troublemaker. This intelligent little big will open containers, find food, and even eat homework! Luckily, the family’s adopted duckling, Miracle, imprinted on Ella and loves to give her attention all day long. This adorable pair is truly inseparable and we’re so glad that they found each other!

7.  Lillie’s First Day Back Out on the Pasture

After getting spayed, Lillie had to spend a few days inside recovering. This video is on her first day back outside. She’s so excited to be out and can’t stop running around! It will warm your heart to see how happy Lillie is.

Smiley Steve, an abandoned pig, is so happy to be living at Hopefield Animal Sanctuary. He finally gets to live in peace with people who love and care about him. Plus, he gets lots of cuddles! With a smile like that, it’s no mystery where his name came from.

9.  Chowder: The Pig Who is Too Cool for His Dog Siblings

Chowder’s first owners were not ready to take care of a pig and didn’t give him what he needed. Luckily, they were willing to surrender Chowder to his future family. Now, Chowder gets all the love and care that he deserves! Chowder is not the most playful pig. He’s got an old soul and is much too mature to play such childish games with his dog siblings…unless there’s snacks or a photo-op involved.

10. George, Once Too Weak to Walk, Now Has the Piglet Zoomies!

When George came to the Farm Sanctuary from a petting zoo, he was too weak to even stand. Over time, he gained strength and now he has so much energy! He’s super playful and has caught a case of the zoomies! This little pig is so excited to live at an amazing sanctuary with kind people that give him tons of love.

There are so many reasons why pigs don’t belong on any human’s plate; however, it should be enough to know that they are living beings. Pigs have a right to live happy, healthy lives in a loving environment. They should not be kept confined, abused, and slaughtered. No one should ever be treated as so.