From Pigs and Chickens to Dogs and Ducklings: 9 Unlikely Animal Friendships Too Cute to Handle! 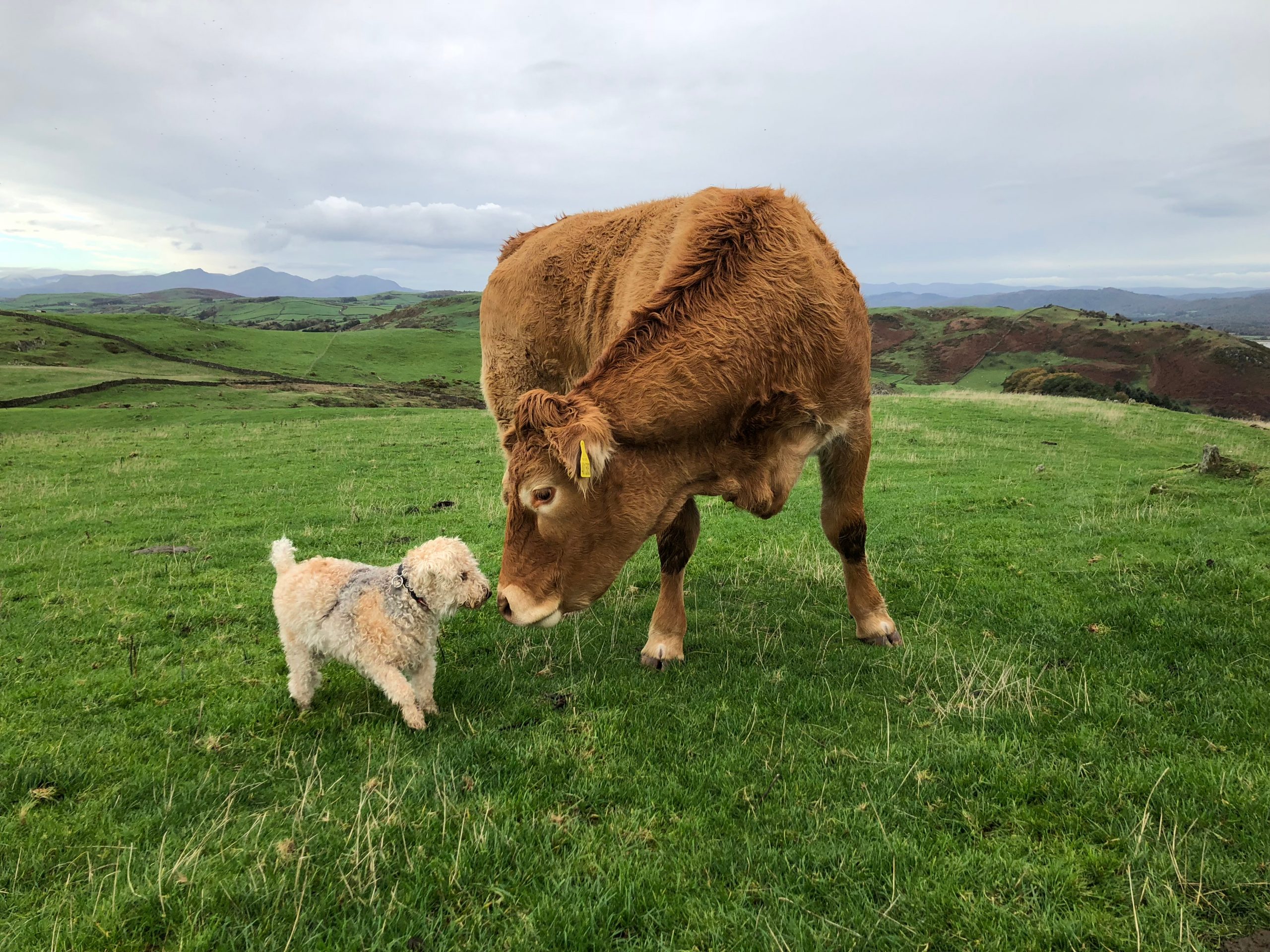 Watching animal videos is a sure-fire way to brighten up your day. One of our favorite types of animal videos is unlikely friendships! We love seeing how close of connection animals can have with one another regardless of their species. These relationships are proof of how compassionate and emotional animals can be. We’ve shared stories about a sanctuary clique comprised of pig, cat, and sheep, a pitbull named Pikelet who loves to nap and play with his adorable duckling friends, as well as Ingo and Poldi, the dog-owl couple who spend their days going on adventures and cuddling. Here are nine more animal friendships that are just as adorable as they are unlikely!

Beatrice is not a hen, or at least that’s what she thinks. This “feathered pig” would much rather spend time with her pig companions than the other hens at Life With Pigs Farm Sanctuary. She especially loves Millie, who loves Beatrice just as much! They are inseparable: you can find them eating together, sharing the litter box, walking in the yard together, and napping together! They also love to give each other little kisses and sometimes, Millie even lets Beatrice ride around on her. There’s nothing quite like a friend that always has your back.

Max was five years old when he got adopted by Kirsten and Patrick Riley. He immediately became friends with their other husky, Sasha. Sadly, Sasha was quite a bit older and Max soon lost his best friend. The Rileys soon decided to adopt a little duckling who, like Max, didn’t have anyone else to spend time with. The two instantly clicked! Max and Quackers started doing everything together from eating to drinking to going on their famous, traffic-stopping walks. Not only do they brighten each other’s lives, but they also brighten the lives of so many people in the community!

Mr. G lived in neglect for a long time before he and the other animals were rescued by various sanctuaries. Once he arrived, everyone expected Mr. G to be excited at the love, care, and freedom he was getting; however, Mr. G became depressed and stayed in his stall, refusing to eat for six days. Luckily, workers at the sanctuary had a feeling they knew what was bothering this poor goat. A volunteer drove seven hours to another sanctuary that had taken a burro, named Jelly Bean. Mr. G’s energy changed as his best friend, Jelly Bean arrived. He ran out to catch up with his best friend and became inseparable. Not only did Mr. G become much happier and more lively, but he also started eating again!  The strong bond between these two is undeniable and proves that animals are sensitive, emotional beings.

4. Albert and His Elephant Bestie

After rescuing an elephant calf, The Shamwari Wildlife Rehabilitation Centre still had a lot of work to do to prepare the calf to return to the wild. He became too depressed to eat or even move. The staff at the Centre found a solution and it was a sheep named Albert. As soon as Albert entered the enclosure, the depressed calf finally stood up and a chase ensued. Albert was the perfect companion because he could easily run and maneuver around without getting stepped on by the elephant. Albert became more than just someone to help get this sad elephant to move around; he became the elephant’s playmate, nap buddy, and best friend.

When Blossom arrived in her new home, she was scared, confused, and disoriented. She found a cozy spot to lie down, which happened to be Minnow’s dog bed. Minnow did not get upset with the newcomer, instead, he stayed by her side to comfort her while she got used to the unfamiliar surroundings. When it came time to take Blossom to a sanctuary where she could be with other turkeys, Blossom became depressed. Despite all the new turkeys to befriend, she remained in the same spot for three days. Luckily, her family picked her and brought her back home to her beloved Minnow. Reuniting with Minnow was all Blossom needed to get back to her old self. The sweet duo now spends their days hiking, playing with toys, and napping together.

While you don’t normally see pigeons at animal sanctuaries, that didn’t stop this sanctuary when they received a call about a pigeon who had been in the same parking lot for three days. The Mia Foundation, which cares for animals with birth defects, took in the pigeon and named him Herman. Herman had neurological issues and thus, was unable to fly. He loved being around all the different animals but didn’t meet his favorite companion until one and a half years later. Lundy came into the Mia Foundation when he was four weeks old because he couldn’t use his back legs properly. Herman immediately took to Lundy and started watching over him like he would for his own baby. They even snuggle together in bed! Herman and Lundy are so cute together. We’re glad they are there for each other for love and support.

Kiko was found by the David Sheldrick Wildlife Trust Orphanage when he was only one week old and Laboito was found by them when he was only three weeks old.  Both animals were found alone and thus, needed round-the-clock care in order to survive without their mothers. Unsurprisingly, they became best friends while under the care of the David Sheldrick Wildlife Trust Orphanage. Eventually, they will both return to the wild, but until then, each of these sweet boys will get to have their best friend always by their side.

Jack and Diane fell in love at an abandoned farm in South Carolina. Their love only grew stronger after being rescued by the Carolina Waterfowl Rescue in North Carolina. At first, the rescue put each animal with their own species, but, separated from their beloved, each animal grew incredibly anxious. As soon as they were back together and able to snuggle, they both became much happier. Diane expressed her love with a mating call and Jack, being a little protective, attacked a donkey who got a little too close to Diane. They eventually got adopted together by Walking Dead actor, Jeffrey Dean Morgan! After all that they went through together, these lovebirds got to finally have their happy ending.

When Bubbles the pig was still a baby, she was out on a rural highway trying not to get hit by any passing cars. Finally, a couple stopped to pick her up and took her to Where Pigs Fly Farm Sanctuary. She was a bit injured but would be able to recover and live out a happy life surrounded by love. When Seamus was rescued from a sheep farm and brought to the farm sanctuary, he was a bit nervous around some of the animals. Not only had he never been around other kinds of animals, but he was also blind. Bubbles stepped up and became Seamus’ seeing-eye pig. Seamus follows Bubbles around everywhere, guided by her snorts and if they ever get separated, Seamus can call out and Bubbles will come running. Bubbles loves helping her best friend and Seamus loves having someone there to keep her safe. Their favorite activities are exploring in the garden, prancing around, taking naps, sunbathing, and hanging out with a much older pig named Eda.

We hope these friends brought a smile to your face. If you were inspired by any of these stories, head over to the animal sanctuaries’ pages to leave a donation so that they can continue doing amazing work for animals of all kinds!