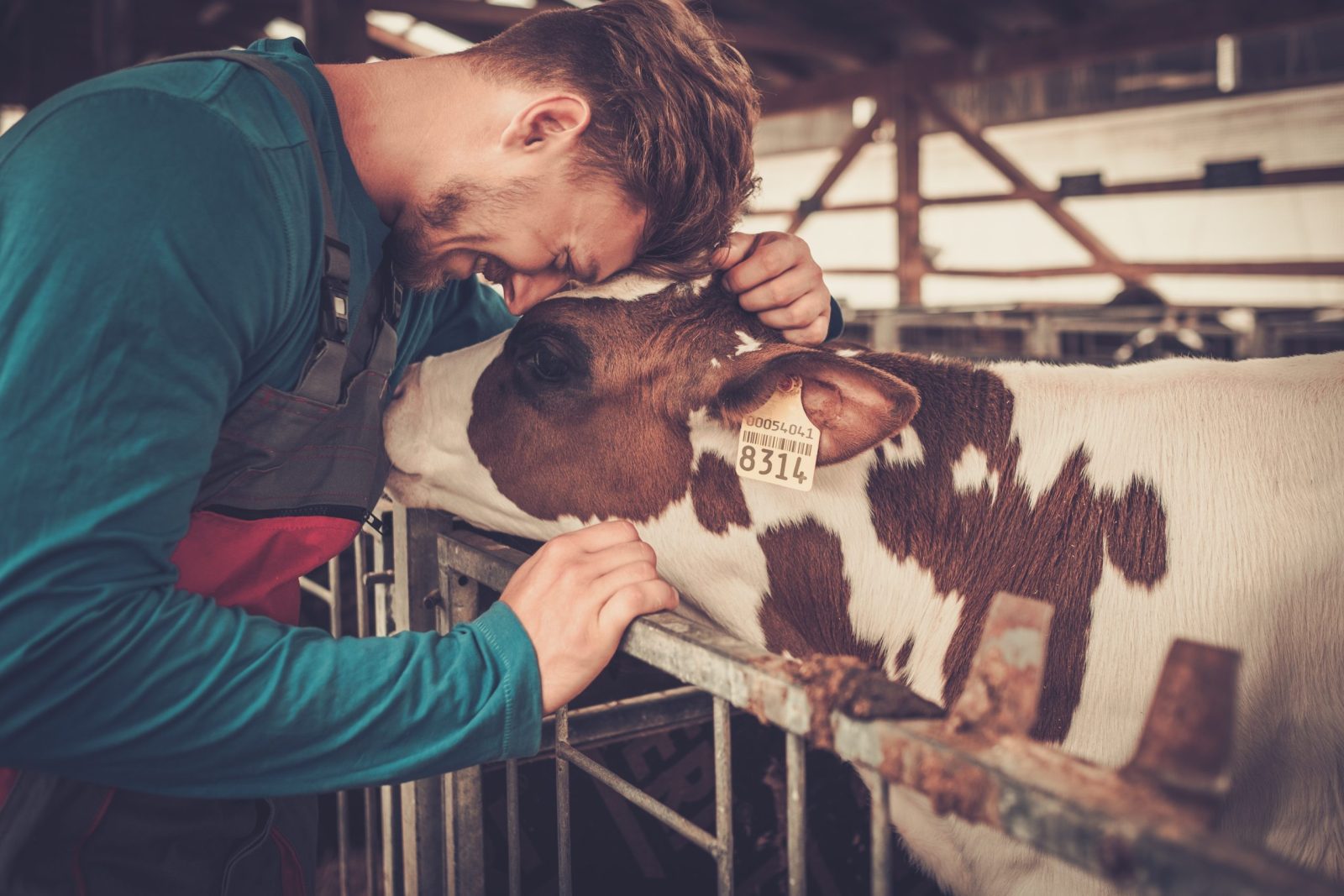 There’s not much that’s more inspiring than seeing people who used to enslave and murder other sentient beings for food transform into some of the most passionate animal defenders and advocates. Some of these people have been animal farmers for decades, some of them thought they were producing “humane” meat or dairy products, and some of them personally ended the lives of animals. But they all, gradually or more suddenly, became aware that what they were doing was wrong. And not only did they change, but they turned themselves into forces for good by opening animal sanctuaries and becoming outspoken animal rights activists. Here are ten amazing vegan transformation stories that are sure to inspire you.

Jay Wilde was a beef farmer in England for many years. He grew up working on a farm, tending to the animals. Wilde noticed he would become sad when calves or dairy cows were taken to market, and so he decided to become vegetarian in his 30s while he was still a dairy farmer. Soon after, his father turned the business into a beef farm to try and turn more of a profit.

This caused him to think more deeply about the individuals he was taking to slaughter. Several years later, he met a vegan cook and a man who ran a successful veganic gardening business, and he subsequently decided he would start growing vegetables instead. He was still left with his herd of cows, however, so in 2017 he brought 59 of them to a sanctuary and kept 14 to graze.

Howard Lyman is another former cattle rancher who decided to call it quits. In the early 90s, he became a vegetarian and then vegan because of his health problems. He quickly noticed drastic improvements in his weight, blood pressure, and cholesterol levels. Soon after, he thought more deeply about the ethical implications of raising animals for food and eventually decided to convert his farm into a wildlife sanctuary.

He’s traveled all around the world speaking on behalf of animals, a plant-based diet, the environment, and better farming practices. He came into prominence in 1996 after making an appearance on the Oprah Winfrey show. He’s also written two books and has featured in several documentaries, including Cowspiracy.

Susan Soto used to work in a slaughterhouse and kill chickens for a living but is now a fierce animal rights activist. She is also an advocate for many human rights issues. Soto’s departure from the animal agriculture industry stemmed from both the ethical implications of killing animals and the effect killing animals would have on the workers, as she discovered that the owner of the slaughterhouse would abuse his wife. She’s an organizer for the animal rights group DxE and has volunteered with Save and Anonymous for the Voiceless.

Bob Comis was a former pig farmer who gradually became unable to live with the consequences of sending pigs he had grown fond of to their death. Even though Comis ran a farm that was considered one of the more “humane” operations, he saw the psychological stress the pigs endured while waiting in a pen at a slaughterhouse and knew what he was doing was wrong. Comis then turned vegan, gave away the rest of his pigs to animal sanctuaries, and turned his business into an organic vegetable farm instead. His story is captured in the 2017 documentary film “The Last Pig,” where the director became so moved by his story that she became vegan herself.

Josh Agland worked at a slaughterhouse in Australia for three years. Since he was an in-house Electrician, Agland was able to see all the different parts of the process. He shared with the HuffPost how fearful the animals were when they arrived at the slaughterhouse, the ruthlessness of some of the workers, and an animal being skinned alive right in front of him. Mark is now an animal rights activist and has also run for office and advised an animal rights politician.

Jessica Strathdee was so shaken by the things she had witnessed in the dairy industry that she thought about committing suicide. After working on a dairy farm for four years, her guilt and sadness jumped another level as, a new mother herself, she witnessed mother cows giving birth and having their babies taken away right “outside my window.” She confessed to her partner how she was feeling, who also ran the farm with her, and they both decided to leave the farm and become vegan. Strathdee is now a passionate animal rights activist and started the Mothers Against Dairy branch in New Zealand.

7. Jan Gerdes and Karin Much

Jan Gerdes and Karin Much were dairy farmers in Germany. One of the moments that led them to change their way of life was when a young girl, who intended to work on the farm, found out one of the dairy cows was going to be slaughtered, and she played her flute for her throughout the night and into the morning until the moment she was bolt gunned in the head. Jan and Karin have since turned their farm into an animal sanctuary, went vegan, and their story is captured in the documentaries “Live and Let Live” and “Budenland.”

Renee King-Sonnen moved onto her husband Tommy’s cattle ranch in 2009. She began to spend a lot of time with the animals and, as a result, she experienced the grief of having to see her friends being sold for their meat. A few years later, she and her husband became vegan, and they turned the ranch into an animal sanctuary. Besides being a passionate animal rights activist, she is also a Ranchers Advocate and launched the Rancher Advocacy Program. This initiative helps ranchers understand the reasons to transition away from animal agriculture and provides resources to convert their farms to something more ethical as well as financially stable.

Andrea Davis was a former dairy farmer and cheesemaker. Although she participated in a model of slaughter-free agriculture, it became apparent to her that the business was still exploitative as it required bringing more calves into existence. So, she decided to become vegan and donated the entire business and her land to a sanctuary. She is now the director of Broken Shovels, a sanctuary for exploited farm animals and an education center that teaches kindness.

Chris Mills was a hunter and dairy farmer for over 20 years. He married a vegetarian woman, but he didn’t quite make the connection until he saw a slaughter truck hauling pigs stalled next to a construction site he was working at. It was frigid out, and as he peered through the slats in the truck, looking in the eyes of these freezing pigs, he decided he knew he couldn’t contribute to this cruelty anymore. His entire family is now vegan, and he runs The Grass is Greener Farm Sanctuary with his wife, which specializes in saving rabbits who were bound to become meat.