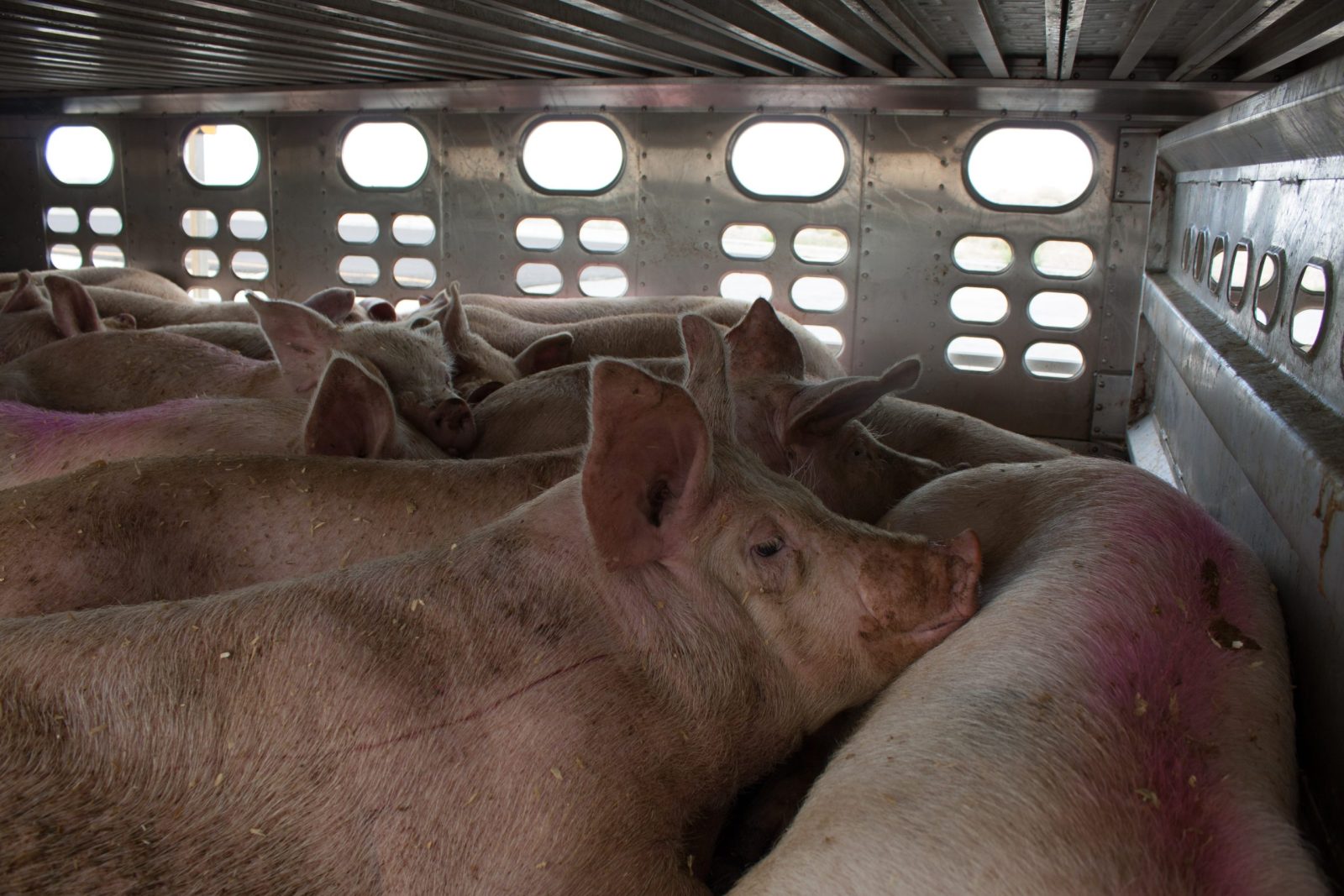 Animal Outlook, an animal advocacy organization, released an investigation they conducted last August on a truck that transported pigs for over 1,200 miles with no stops for the pigs to eat, drink, or get out of confinement.

The nonprofit based in Washington D.C. followed a truck for more than 30 hours and found that the poor pigs were never let out during the whole journey.

Animal transport is extremely stressful and dangerous for animals, especially when they are packed in too tightly to move, which most animal transport trucks are. The trailers are often poorly ventilated, and the animals struggle to regulate their body temperatures. Pigs do not sweat, so they are even more susceptible to transportation heat stress, and many die as a result.

The truck belonging to Isaacson Truck Line, Inc traveled from Nebraska to California in the summer heat. During the journey, temperatures were as high as 91 degrees, and investigators recorded heartbreaking audio clips of the pigs vocalizing at night while smushed together in the hot, cramped trailer.

An article in the Frontiers in Veterinary Science in 2019 investigated the animal welfare issues during swine transportation. They found that the risk of death in pigs during transport is 1.4 times more likely when temperatures are between 84.2 and 91 degrees F. They also noted that “extreme environmental temperatures during transit are generally considered to be one of the greatest contributors to transport losses in terms of pigs dying. Pigs do not sweat; therefore, they are limited in their ability to thermoregulate in hot environments and are sensitive to heat stress.”

Let alone the temperature, these poor animals are subjected to overcrowding, loud noises, motion sickness, starvation, and dehydration. This is truly a traumatic experience for these poor animals. Sudden deaths are common amongst transported pigs. Sentiment Media found that almost 726,000 pigs and 29,000 cows die every year during transport, but only 11 investigations have been conducted over the last 12 years.

A law does exist that prohibits the transportation of animals for more than 28 consecutive hours without unloading them for a minimum of five hours of rest with food and water. The Twenty-Eight Hour Law is not followed or enforced thoroughly enough.

Animal Outlook has already conducted investigations in 2005 and 2012 that uncovered federal law violations. In the 2012 investigation, the group reported that dead pigs were dumped on the side of the road and left.

This latest heartbreaking investigation and heinous illegal practices is the final straw. Animal Outlook is once again calling on the USDA to enforce this law and provide these sentient animals their fundamental rights.

According to the report, the investigators were stopped at a rest stop in Nebraska when they witnessed a livestock truck with only tiny holes on the sides pass incredibly fast, and they saw a pink flash by. They decided to follow the truck to confirm if pigs were confined inside. They caught up and confirmed that they were pigs and alerted other investigators who, together, would follow the truck for the long journey to California.

The team took turns sleeping as they kept tabs on the truck and documented the animals screaming as they drove past the truck. The driver reportedly stopped multiple times, but never for more than a few minutes. After 32 hours, the truck arrived, and at no point in the journey had the animals been let out.

A study in 2010 found that “pigs traveled for 8 and 16 [hours] presented acidosis, hypocapnia, hypoxemia, hypernatremia, hypercalcemia, higher than normal glucose and increased lactacidemia and hematocrit levels.”

This investigation has shed even more light on the cruel transport of animals that happens every day. Although there are laws in place, they are not being enforced. Animal Outlook is calling for the Department of Justice to enforce the law.

Choosing to eat vegan and live a vegan lifestyle does not harm animals, is better for your health, and doesn’t support these cruel industries! Sign this petition to help ban the inhumane transport of animals during extreme weather! To donate to Animal Outlook and support the work they are doing to ensure the welfare of these animals, click here.