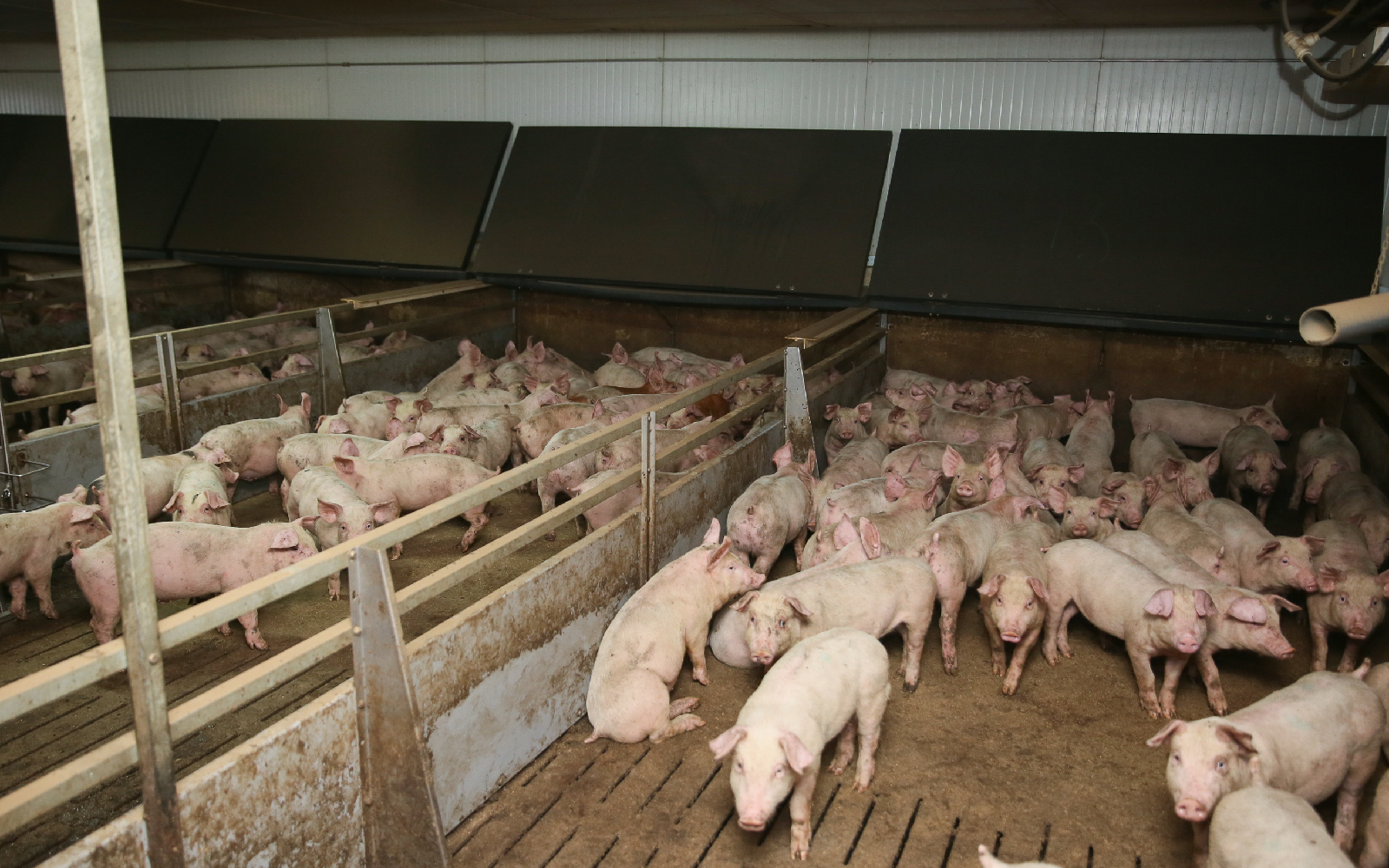 All charges were dropped against animal rights activist Matt Johnson, who faced 8 years in prison for exposing the cruel and illegal treatment of pigs happening at Iowa Select Farms.

Johnson was charged with eavesdropping and burglary for placing hidden cameras on the farm’s property and for taking a wounded piglet suffering from a septic infection to the emergency vet. However, the prosecutor dropped all charges against Johnson after the idea of mass media coverage on the case was brought up.

Johnson is an investigator with Direct Action Everywhere (DxE) and he uncovered enough evidence to result in a criminal investigation against the farm, which boasts “Producing Pork Responsibly” on its website.

Using hidden cameras and the help of employee whistleblowers, it was discovered that the farm was using a method of execution called “ventilation shutdown.” Thousands of pigs, including piglets, were locked in a crowded room and “roasted to death” over a period of several hours. Pigs who survived the excruciating “oven” were shot on sight.

The method was used by ISF as a way to cut costs amidst COVID-19 slaughterhouse shutdowns and supply chain issues. However, the cruel practice, along with the horrific conditions the animals were kept in prior to being slaughtered, was enough for Iowa attorney Adam Junaid to petition attorneys across the state to launch a criminal investigation against ISF.

In a letter sent to Iowa County Attorneys, as well as Iowa Attorney General Tom Miller, Junaid called for the prosecution of Iowa Select Farms for violation of Iowa Code Annotated Section 717.2.

In the letter, Junaid stated that after reviewing the evidence produced by Johnson and the employee whistleblowers, violations of ISF include: “shocking methods of mass killing used on baby and juvenile pigs, including reports of animals being “roasted to death;” extreme overcrowding and confinement, including the intentional placement of twice as many animals in a space than permitted under law; and neglect of animals with serious diseases and injuries, to the point that animals who have been dead and
decomposing for days are left unattended among the living.”

In an email shared with One Green Planet, Johnson stated: “Clearly, the state of Iowa and Iowa Select Farms wanted to avoid massive media coverage of an investigation that exposed the horrifying extermination of these intelligent, emotionally complex animals. But the reprieve is temporary. As long as sentient beings are used as food, they will live short, miserable lives and meet grisly deaths–be it through ventilation shutdown or having their throats slit. Animal rights activists will continue to expose it.”

“The government should be rescuing animals like [the piglet we saved] and not covering up their abuse,” Johnson added.