9 States That Have Banned Cruel Gestation Crates for Pigs 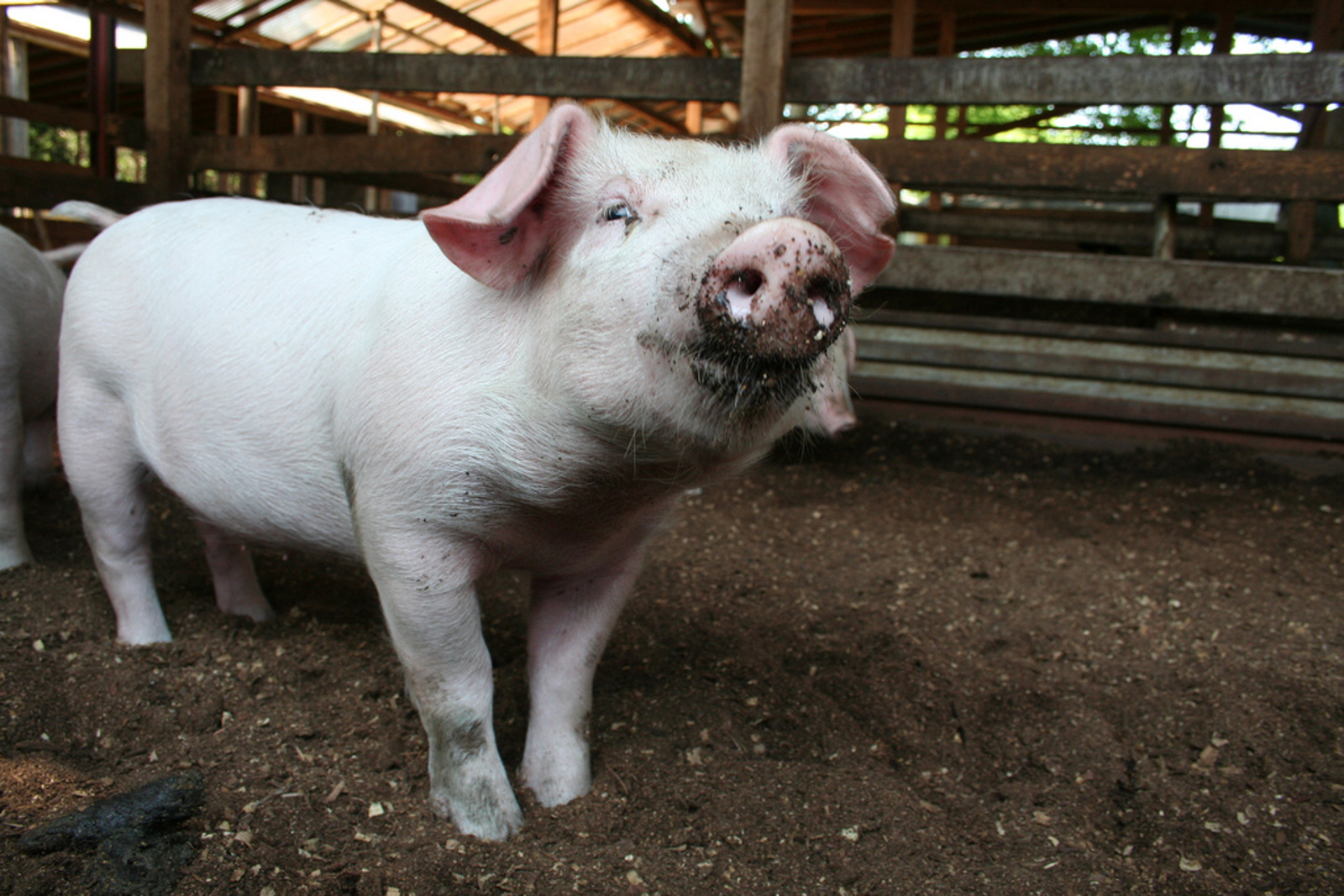 Imagine spending your entire life inside. Not just inside, but in a crate. And not just any crate, either. This crate you’re in is so small that you will never be able to turn around in it. Ever. For the duration of your life.

This kind of life is what it’s like for female pigs (or sows) who are used for breeding in factory farms. They are confined to gestation crates, which are usually only two feet wide. The sow can’t turn around, she can’t take steps backwards or forwards and she will never know any kind of life outside that crate. Not only is there limited-to-no mobility, waste piles up underneath the sows, severely diminishing the air quality within the housing unit.

Since 95 percent of pork in the United States comes from factory farms, almost all sows are subjected to this kind of torture. On average, a sow breeds two times per year and lives until she is three or four. After enduring this for years, she will be sent to slaughter for meat.

In early 2014, Canada took a big step to completely ban gestation creates in the entire country. The U.S. is making strides, with nine states already committed to banning gestation crates, but we’re still not close to the example Canada set for us. And unfortunately, we still have a long way to go. Just a month ago, New Jersey Governor Chris Christie vetoed a ban on gestation crates in New Jersey, despite 93 percent of state residents wanting Christie to sign the legislation.

Maybe Christie — and politicians of the other 41 states — should take a page from these nine states and start taking steps to a better future for farm animals.

In 2006, 61 percent of Arizona voters were in favor of a gestation crate ban, becoming the second state to ban crates, right behind Florida. The ban took effect in 2012.

In 2008, California voted 2-to-1 to ban veal crates, sow gestation crates and battery cages for hens. Producers had seven years to switch over to a new housing system.

In 2008, a law was passed in Colorado to not only ban gestation crates, but veal crates as well. The state will phase out the crates over a 10-year period.

This state is comes in second place in the annual Animal Legal Defense Funds animal protection laws list. In 2009, Maine became the sixth state to successfully vote for a gestation ban. The bill was signed by former governor John Baldacci and went into effect in 2011.

Michigan voters successfully voted for a gestation crate ban in 2009, signed by former governor Jennifer Granholm. Currently, the state is phasing out the crates. The state comes in fifth place in the animal protection laws list thanks to strengthening its current felony animal cruelty laws.

In 2010, Ohio voted to phase out gestation and veal crates, as well as battery crates for hens in its Ohio Animal Welfare Agreement. In doing so, Ohio will set an industry standard, as it’s the ninth largest pork-producing state in America.

Taking third place in the animal protection laws list, Oregon voted to ban gestation crates in 2007. Former Governor Ted Kulongoski signed the legislation in 2011 and the ban took effect in 2013.

The ninth state to get on board with the gestation crate ban, Rhode Island is currently phasing out gestation crates thanks to a successful 2012 vote.

Banning gestation crates will undoubtedly improve the lives of millions of pigs in factory farms, however, it is important to remember that this is an improvement, not an all-out win for pigs. The reality is that as long as the demand for pork, bacon and countless other pig products exist, these animals will continue to be viewed as commodities and never really afforded the respect or the life they deserve. When gestation crates are phased out, pigs are kept in alternative cages that are slightly larger or kept in “group housing,” where pigs are allowed to move around, but are still crowded on top of one another.

Banning gestation crates is the first step in acknowledging the multitude of cruel practices used by the factory farming industry. Once we start to look at the cruel ways we use animals, we can recognize that the best way to help these animals is not to participate in their exploitation at all. Why support an industry that will continue to exploit animals if a truly humane alternative exists? If you haven’t already removed meat and animal products from your diet, try one of these amazing plant-based recipes and see how amazing a completely cruelty-free diet can be!