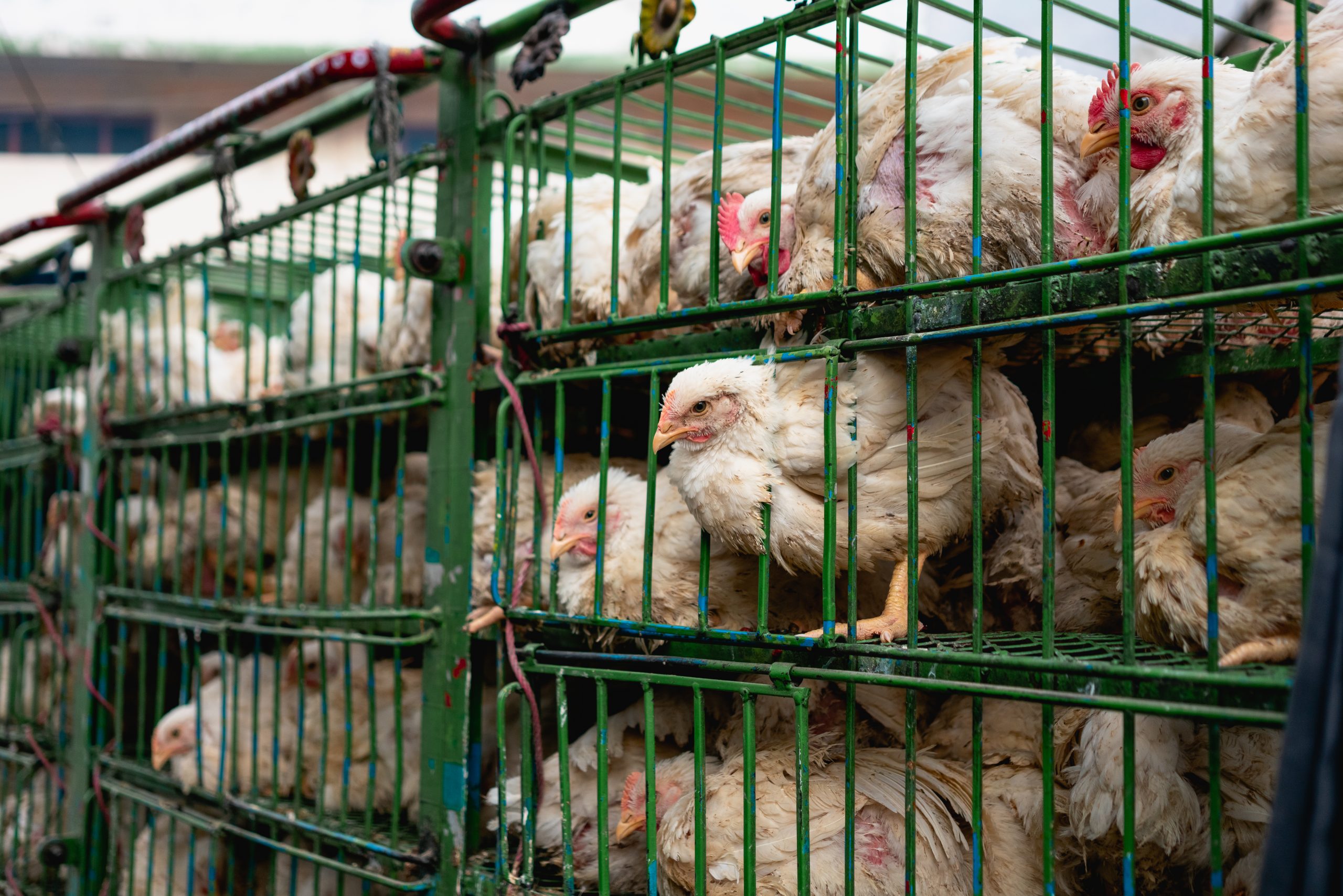 Viva!, a vegan charity based in the UK, recently went undercover to investigate three farms that contract with Britain’s largest poultry producers.

Red Tractor, an organization that purports to assure that food “comes from crops and animals that have been well cared for,” certified all three farms.  But the investigators reported conditions that paint a very different picture.  As the Independent noted, “severely disabled birds died of thirst,” “carcasses were left to rot,” and many chickens “resorted to cannibalism” and “suffered ammonia burns.”

To supply cheap chicken to major vendors and brands including Tesco, Sainsbury’s, Lidl, and KFC, producers, raise, and slaughter chickens in atrocious conditions, beginning with genetic manipulation.  Farm Sanctuary explains: “In 1925, the average commercially grown chicken took 112 days to reach a then-average market weight of 2.5 pounds; in 2019, such chickens took 47 days to reach a market weight of 6.3 pounds—more than doubling average body size in less than half the time.”  Couple this with cramming 30,000 birds into one of fifteen sheds, and it is unsurprising that, during Viva’s investigation, “Abnormally large birds, at 38-days old, were seen collapsing, their legs too weak to hold their grotesquely overweight bodies.”

Unsurprising, but still gut-wrenching.  Just last month, the Grocer raised concerns that, despite the UK priding itself on animal welfare practices, it rests too heavily on self-regulation.  Viva!’s investigation supports this thesis, given that, in the wake of the footage, Red Tractor and industry spokespeople continued to defend their standards and farms.

In the United States, conditions are no better.  Chickens remain unprotected even by minimal animal welfare laws, even though (or perhaps because) we slaughter 9 billion chickens every year.

Sign this petition to demand that the UK’s Department for Environment, Food, and Rural Affairs (Defra) pass new, stricter regulations for the transport of live chickens!